Fought on September 1, 1863, the Battle of Devil's Backbone was fought in mountainous country south of Fort Smith, Arkansas between Union forces under Colonel William Cloud and Confederate forces under General William Cabell. Cabell hoped to ambush his Federal foes with his superior numbers, but his forces were comprised of drafted men with low morale. Although the Confederates caught the United States forces off-guard, many Rebels routed at the prospect of serious combat. The Confederacy lost the battle, and Fort Smith was subsequently occupied by the United States army. Today, several historical markers denote the battle's place in local history. 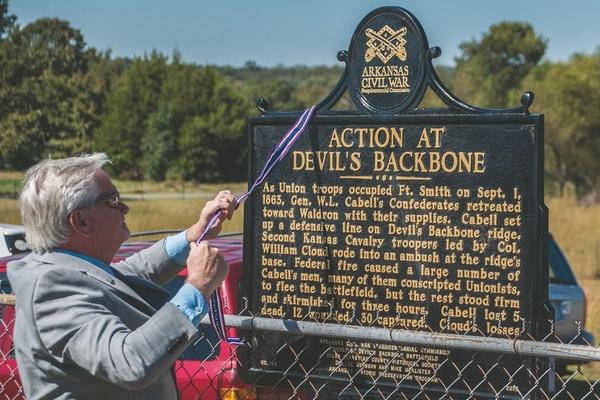 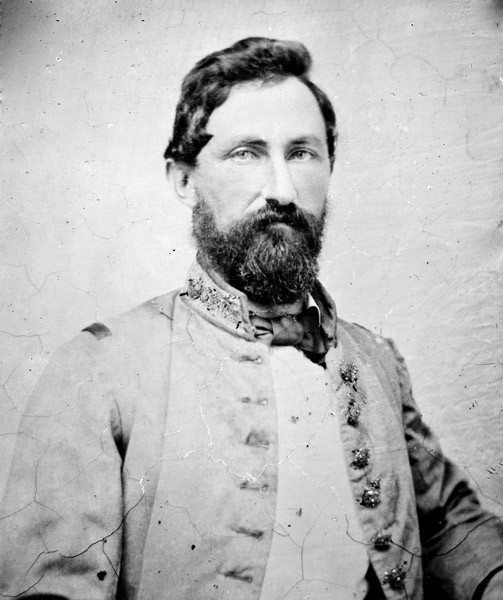 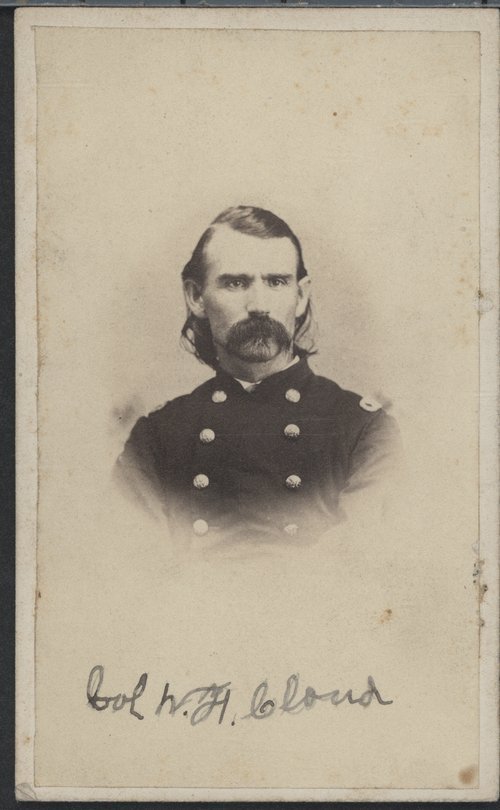 In the summer of 1863, the American Civil War reached a crescendo. The United States earned powerful victories at Gettysburg, Pennsylvania and Vicksburg, Mississippi. West of the Mississippi River (a military theater often referred to as the Trans-Mississippi), Union forces likewise earned important victories. In July 1863, General James Blunt led U.S. forces to victory at the Battle of Honey Springs in Indian Territory (now Oklahoma). Following the defeat, Confederate forces in the area dispersed.

Determined to follow up on his victory, General Blunt sent a detachment of approximately 700 men under Colonel William F. Cloud to pursue a brigade of 1,200 Confederate Arkansans under Brigadier General William F. Cabell. Retreating towards Fort Smith, Arkansas, General Cabell was determined to protect his substantial supply train. In order to buy time for his trains to escape and hoping to defend Fort Smith, Cabell elected to assume a defensive position along Devil's Backbone, a long rocky ridge a dozen miles south of Fort Smith where he hoped to ambush his pursuers.

Although the Confederates enjoyed numerical superiority, the element of surprise, and a strong defensive position, Cabell's Arkansans were not of the best quality. Many of the men were draftees, some of whom held Unionist sentiments. They had recently been posted in Indian Territory, a task they disdained. As a result, the units experienced significant desertion prior to the battle. These shortcomings in morale would again become apparent.

On September 1, 1863, William Cloud's Union forces rode headlong into the Confederate trap. Confederate troops opened fire from hidden positions at the base of the ridge and rolled back the head of the Union column. The Federals brought up their artillery and the two sides blasted away at each other. Yet as Union cavalrymen dismounted and advanced towards the enemy, the Confederate line seemed to disintegrate. As one Rebel officer reported, "As the Yankees came in musket range of Cabell’s leading regiment, it stampeded without firing a shot and running into and through the two regiments in its rear, stampeded them and...swept them off the field."[1] General Cabell raged about his troops' poor performance: "There was nothing to make these regiments run expect the sound of the cannon."[3] A small number of Confederates remained and held off the enemy for three hours but were ultimately forced to retreat. Several dozen casualties, killed and wounded, were incurred, not including the many Confederates who ran away.

The disgraceful defeat at Devil's Backbone held serious implications for the region. Although General Cabell managed to escape with his wagon's trains, his army's rout left Fort Smith undefended. Union forces quickly occupied the town and hoisted the U.S. flag. The victory at Honey Springs and Devil's Backbone helped secure the Arkansas River Valley for the Union. Little Rock fell to Union forces later in September. The war in the Trans-Mississippi was shifting further in the United States' favor.

The battle took place near the Arkansas-Indian Territory (now Oklahoma line), on what is now private property near Greenwood, Arkansas. A monument can be seen on U.S. 71 where the highway crosses Devil's Backbone, and the Arkansas Civil War Sesquicentennial Commission

The Civil War Preservation Trust (now the American Battlefield Trust) acquired a portion of the battlefield, assuring that at least part of the site will be preserved for future generations.