The Toledo Yacht Club can trace its origins back to 1865, and is the 11th oldest yacht club in the U.S, however, during this time period, the club was known as the Toledo Boat Club. The club took on the form that it still inhabits today in 1896 when it merged with the Ohio Yacht Club to form the Toledo Yachting Association. It was under this name that the land that the club still stands on was purchased. In 1901 the club changed its name back to the Toledo Yacht Club. The club constructed its current clubhouse in 1908; Toledo architect A. Burnside Sturges designed the clubhouse. The most distinct feature of the clubhouse is the fact that most of the structure is constructed out of cement and steel; this is because the last four clubhouses had been destroyed in fires. Both the Presidents Cup and the Mills Trophy both trace their roots back to the Toledo Yacht Club and are still participated in and widely recognized today.

An arial view of the Toledo Yacht Club 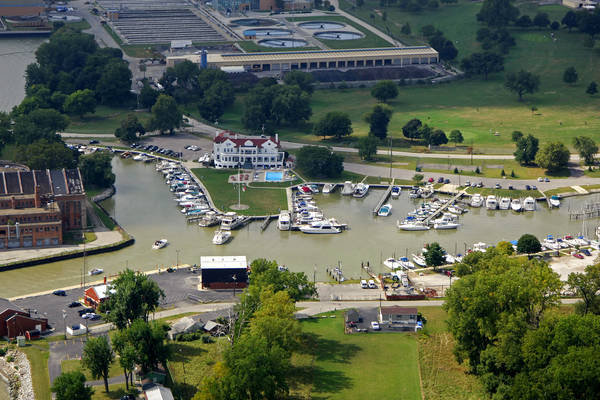 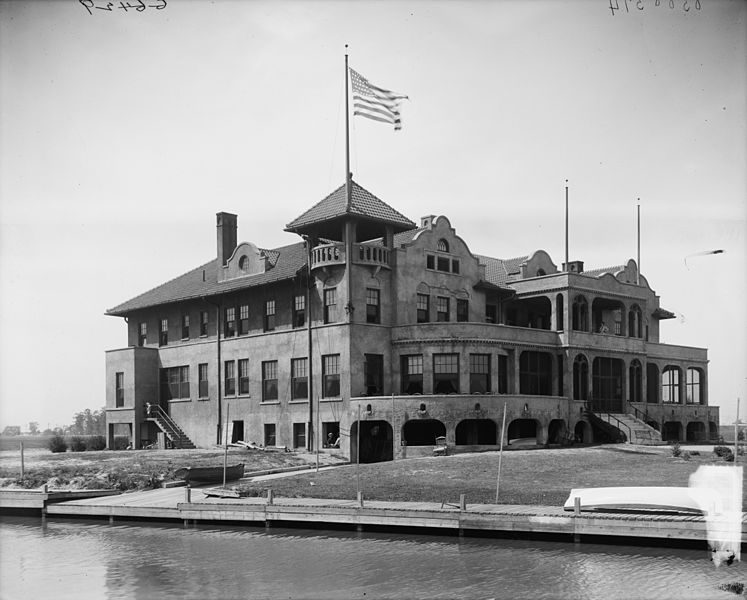 The Toledo Yacht Club as it stands today 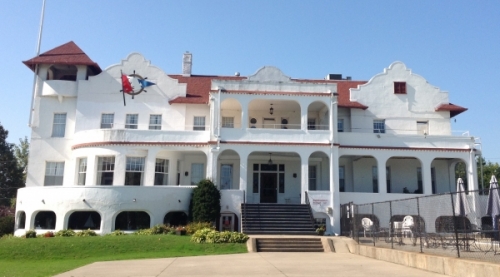 The original Toledo Yacht Club headquarters was constructed around 1906. This original headquarters was in colonial style; however, on February 5th, 1906, the building burnt to the ground. The building that still stands today as the home of the Toledo Yacht Club was designed in 1907-1908 by Toledo Architect A. Burnside Sturges. The building was designed in a “Venetian Renaissance” style the primary building material was steel and concrete; this is due to the loss of four previous clubhouses being lost to fire.

The Toledo Yacht Club is home to two historic events in the yachting world. Both the Presidents Cup and the Mills Trophy both originate at the Toledo Yacht Club. The Mills Trophy originated with Commodore Merrill Mills from Detroit, Michigan. Mills launched to first race in 1907 with the trophy being a sterling silver punch bowl donated by Mills. The race was held every year until 1917, when the death of a popular sailor and World War 1 caused the event to be discontinued. The race was re-established in 1995, in its first year back the race brought a crowd of 161 yachts and has continued to be a popular race in the great lakes area. The Presidents Cup was established by President William Howard Taft, in 1909. The President gifted a silver cup as the trophy in order to encourage sailing on the great lakes. This race is also still annually run.