The Battle of Bayou Fourche

The Battle of Bayou Fourche, also known as the Battle of Little Rock, occurred as Confederate troops attempted to maintain control of Little Rock as Union troops moved into the area. These movements culminated with a battle for control of the city on September 10th, 1863, with much of the fighting occurring near present-day Little Rock National Airport. The battle was the culmination of a Union campaign led by Major General Fred Steele aimed at gaining control of the city, and ended with a Union victory.

There are several monuments and interpretive signs throughout Pratt Remmel Park. This particular marker is near the bridge across Fourche Creek. 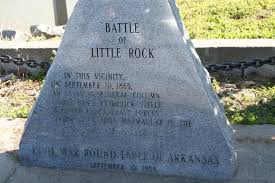 The fall of Little Rock further helped to contain the Confederate Trans-Mississippi theater, isolating it from the rest of the South. 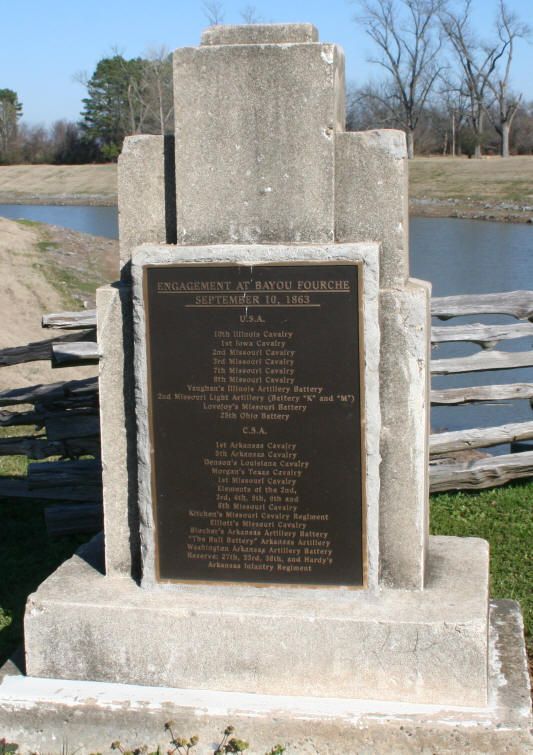 Anne Bailey, Civil War Arkansas: Beyond Battles and Leaders. To learn more about this book, click the link below. 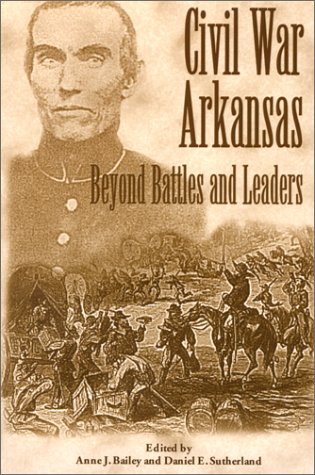 Mark Christ, Civil War Arkansas, 1863: The Battle for a State. To learn more about this book, click the link below. 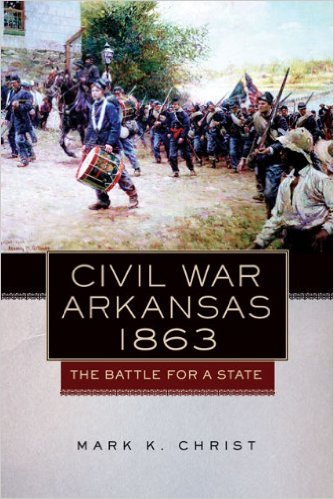 Major General Fred Steele led 12,000 Union troops from Helena to capture the rebel state capital of Little Rock. Confederate Major General Sterling Price worked to rally the 7500 men in the area, defending the city while civilians evacuated and engaging Union troops around the city before waging a fighting retreat. The Confederate state government relocated to Washington, Arkansas, which served as the Confederate state capitol from 1863 to 1865.

As the Union army prepared for its final assault on the Arkansas capital, Steele had 10,477 men present and fit for duty, as well as fifty-seven cannon. Confederate commander Major General Sterling Price commanded 7,749 men, most holding the fortifications near present-day North Little Rock (Pulaski County) while a thin screen of Confederate horsemen sought to defend a dozen fordable sites along the Arkansas River.

"Around daylight on September 10, Confederate artillery fired on the bridge but was quickly silenced by Union cannon fire. At about 10:00 a.m., two regiments of Union infantry rushed across the bridge and established a beachhead. Two brigades of Union cavalry followed, while the Union infantry headed west along the north bank of the Arkansas River to face the strong Confederate fortifications on high ground at present-day North Little Rock." (Encyclopedia of Arkansas)

The battle was largely fought in two places. First, Glover’s First Brigade moved through a heavily wooded area between the bayou and the Arkansas River, while Merrill’s troops advanced through a large cornfield south of the bayou. Marmaduke formed his lines behind a levee on the west side of the bayou.

When Price realized the Union cavalry was conquering his main defensive line north of the river, he ordered his infantry south, across the Arkansas River, burned his pontoon bridge, and began evacuating Little Rock and retreating toward southwest Arkansas. A final Rebel defensive line was set up on the fairgrounds on Little Rock’s southern boundary, but the Union forces did not challenge them, contenting themselves to accept the surrender of Arkansas’s capital city from Little Rock’s civil authorities.

The battle of Bayou Fourch ended with seventy-two Union casualties. Confederate losses were not reported. (encyclopedia of Arkansas)