Little Caesars Arena was built as a replacement venue for both Joe Louis Arena and The Palace of Auburn Hills. It is now the home of the Detroit Red Wings of the National Hockey League and the Detroit Pistons of the National Basketball Association. Construction for the venue began in 2015 and was completed in 2017 when the arena opened. 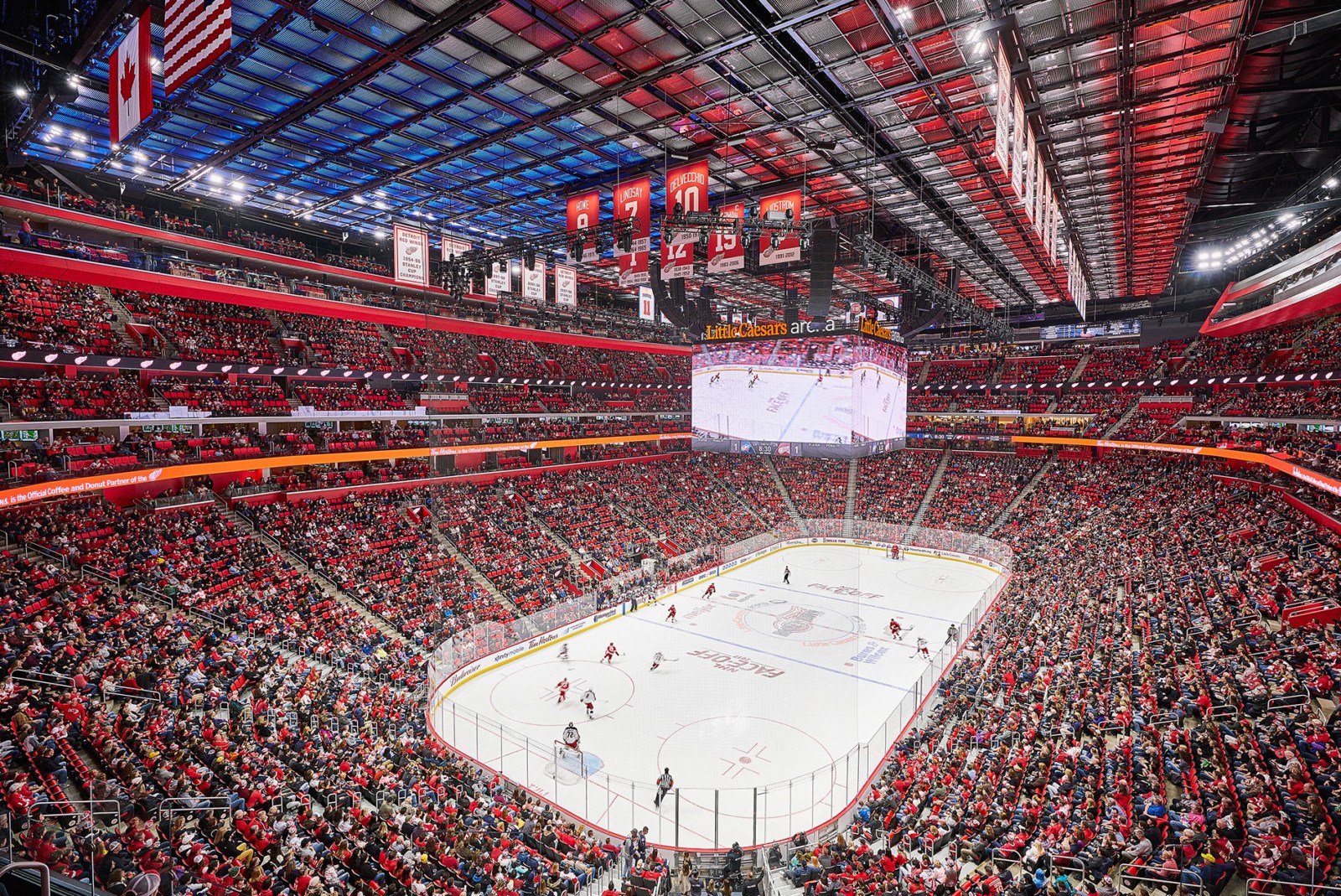 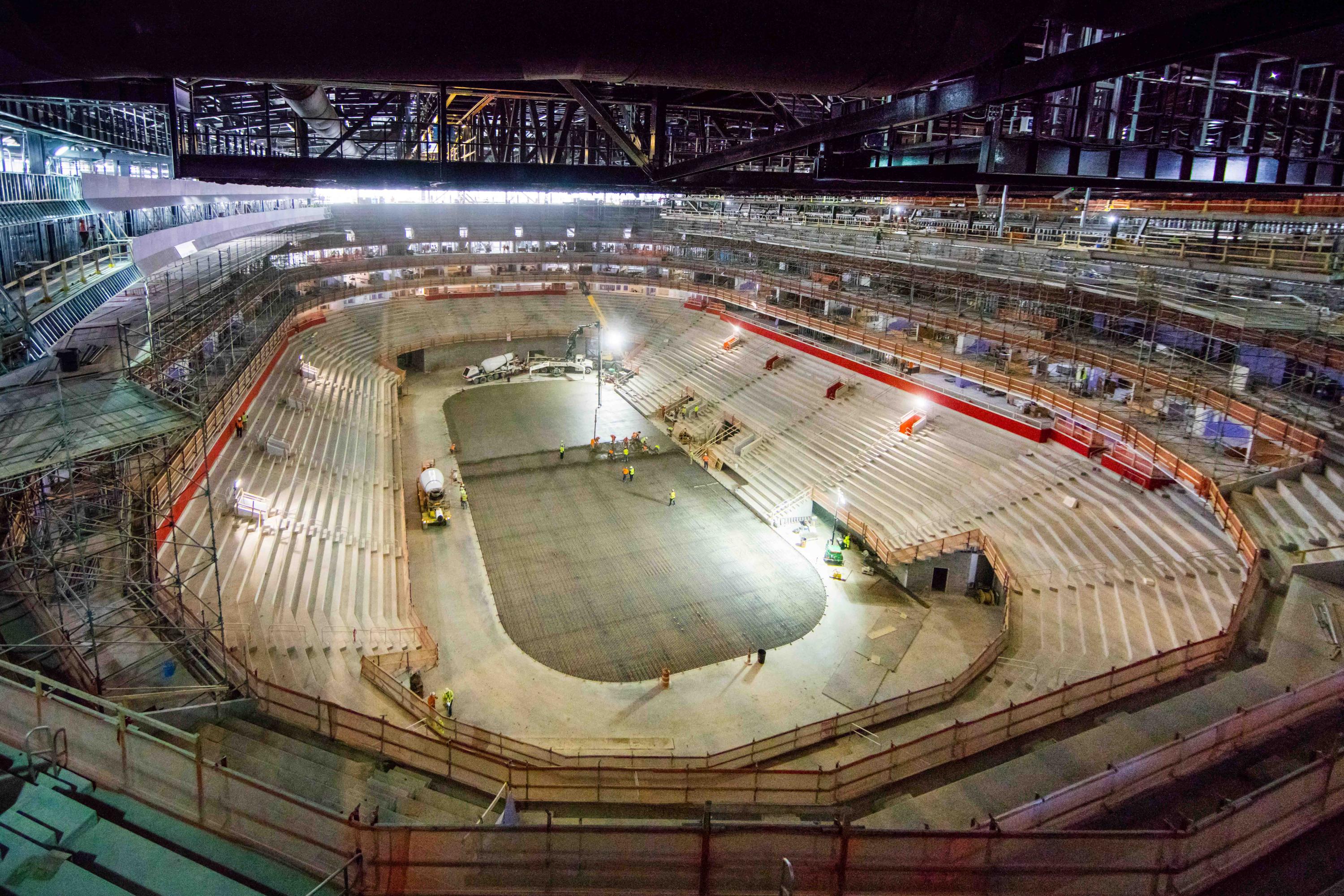 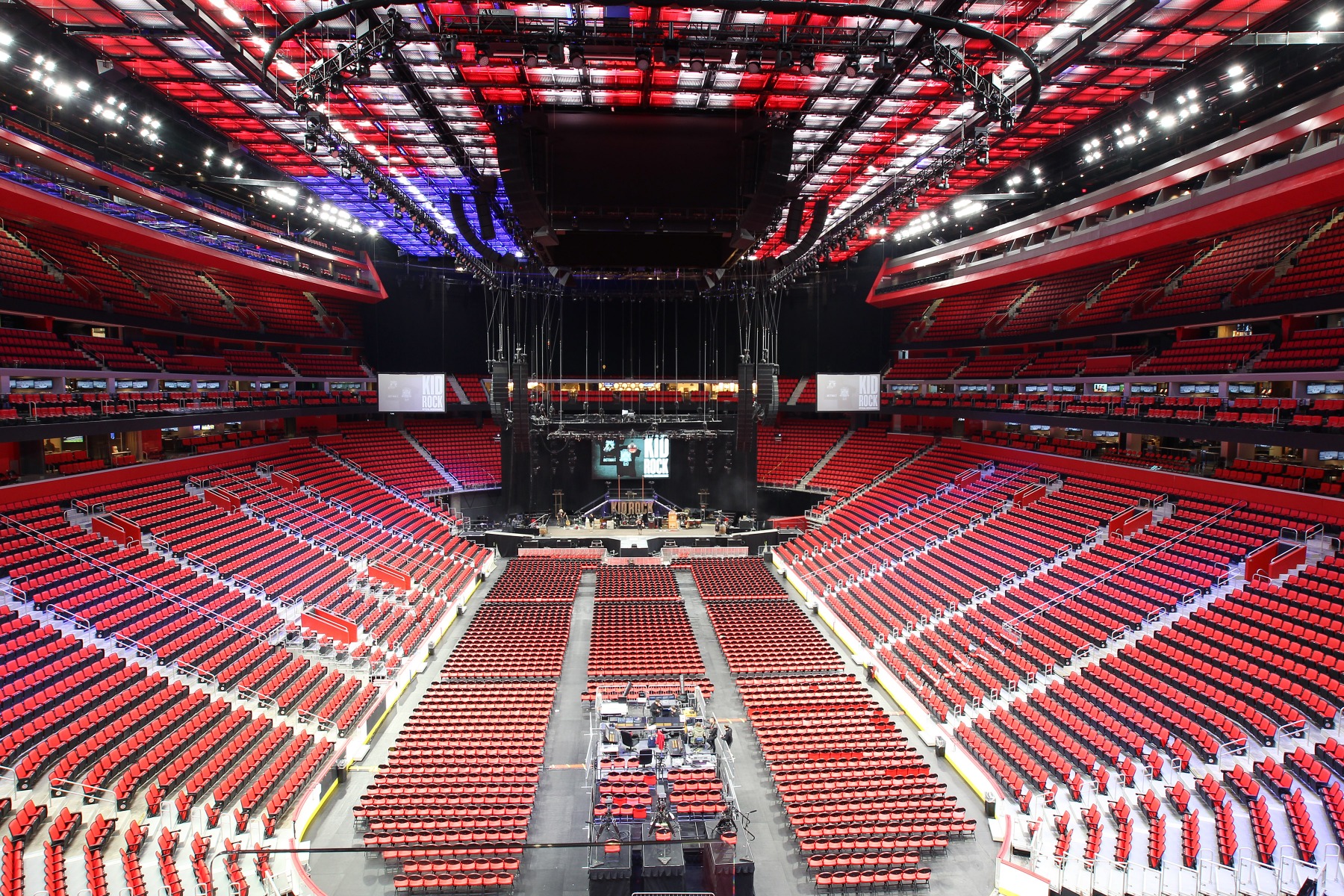 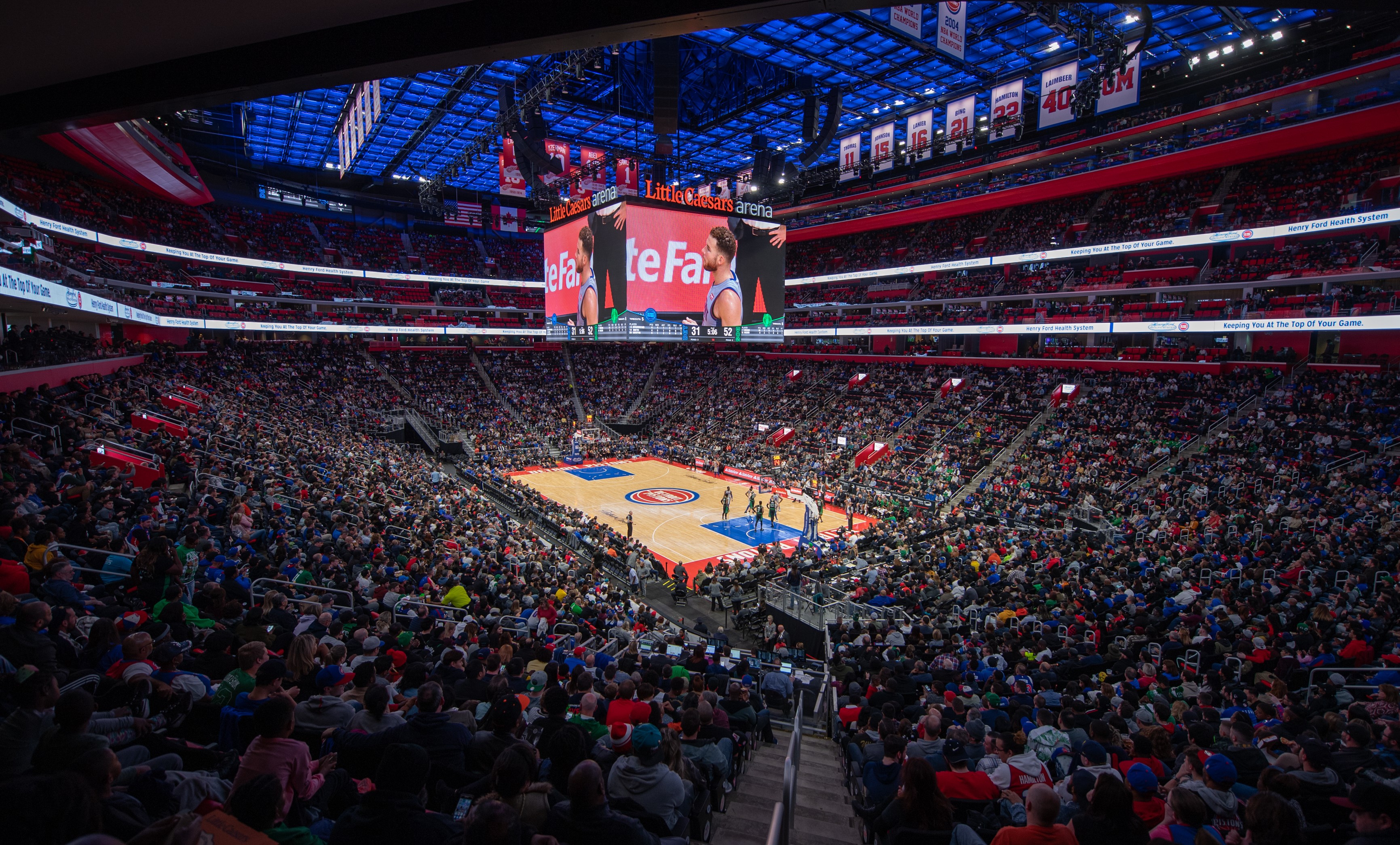 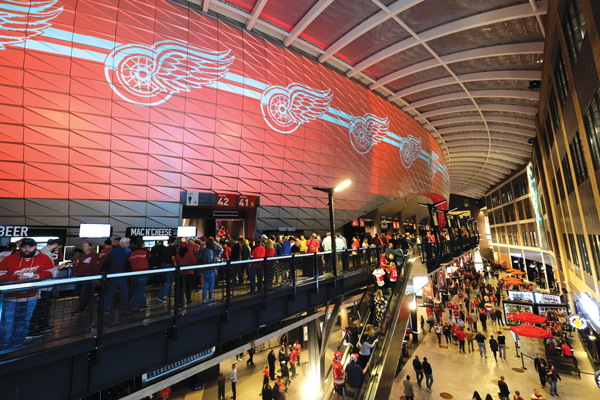 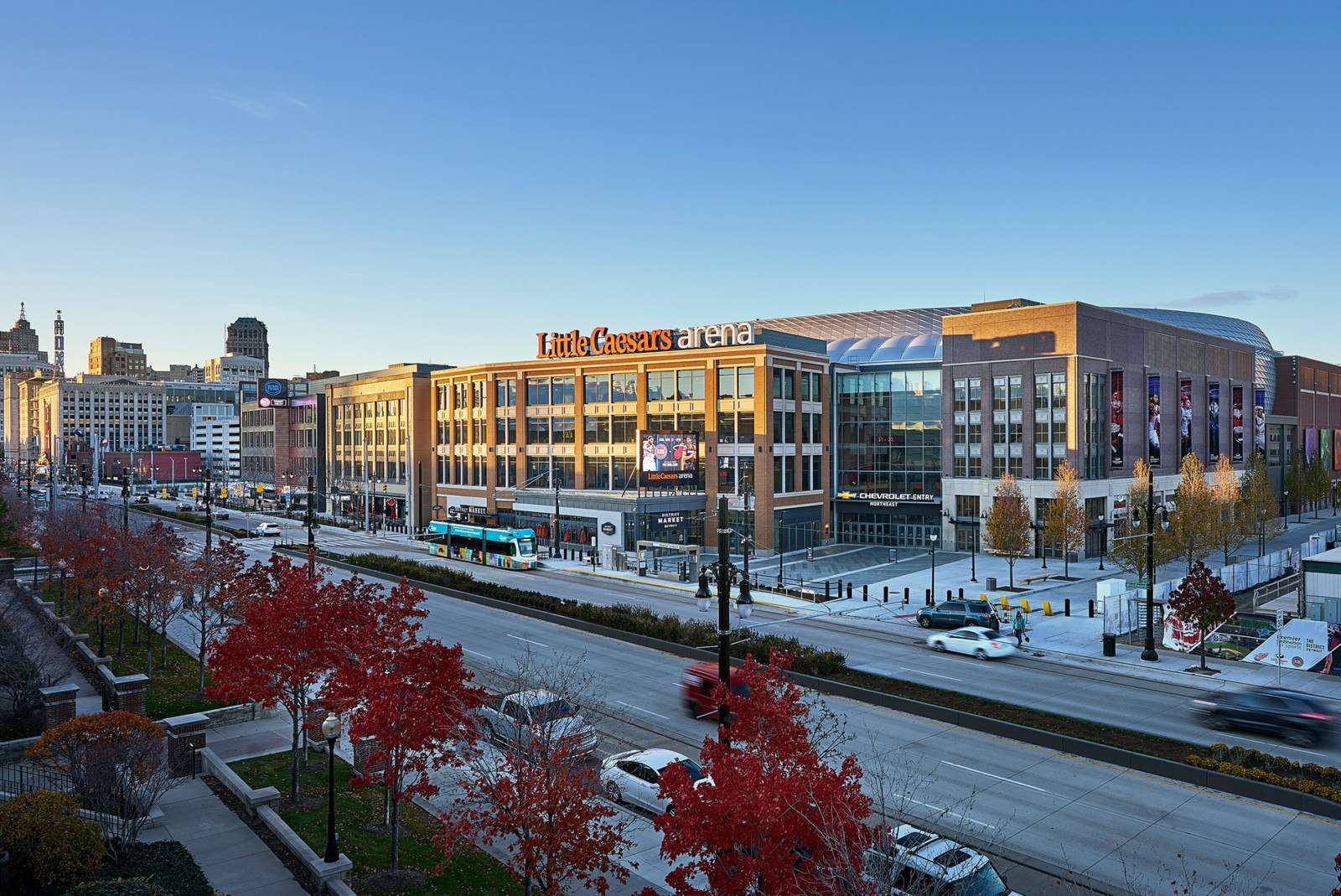 Little Caesars arena is a sports and event center located at 2645 Woodward Ave. in Detroit, MI. Little Caesars Arena was built in September of 2017, costing $862.9. Originally built to house the Red Wings, the Pistons also moved in to LCA shortly after the build was started. The arena sits on a 50 block wide area of parks, which includes new restaurants, bars, practice facilities, and business offices.

With buildings including the box office for the arena, the offices of the Red Wings and housing retail outlets all connected beneath this unusual glass roof, forming an indoor concourse, the Little Caesars Arena design features a truly one-of-a-kind layout. This concourse remains open all year round, enabling it to be used as a venue even when no events are going on within the arena. There are many historical artifacts from Red Wings and Pistons history. They also have banners for all retired numbers in both sports including Nicklas Lidstrom, Steve Yzerman, Sid Abel, Terry Sawchuck, Alex Delvecchio, Ted Lindsay and Gordie Howe for the Red Wings. The pistons have banners for Isiah Thomas, Ben Wallace, Chauncey Billups, Richard Hamilton, Joe Dumars, Dennis Rodman, Bill Laimbeer, Bill Lanier, Vinnie Johnson and Dave Bing. Little Caesars Arena is seen to be a huge step in revitalizing Detroit. Having brought the Pistons back to Detroit, all four major sports teams were finally back in Detroit for the first time since the 1970's.

With such a big addition to downtown Detroit, one would hope it would make a positive impact on the sports teams as well. Unfortunately, both the Red Wings and Pistons have only made 1 playoff appearance in the combined 6 years played since the stadium opened.