The one-story Elliott-Carnegie Library was constructed in 1922 to replace a rental library, which opened in 1893, that was operated by volunteers. The rental library did not have a permanent location and was operated in multiple locations. Mrs. J. Worth Elliott of the Hickory Library Association, formed in 1907, started a movement in 1916 to gain funding from the Carnegie Foundation to construct a permanent library in the town. This building is notable for being the last of 2,507 facilities to receive a grant from the Carnegie Foundation. In 1952, the Elliott-Carnegie Library was superseded by the Elbert A. Ivey Library due to a lack of shelf space. The building was placed on the National Register of Historic Places in 1985 for reflecting the cultural and educational maturation of Hickory during the early part of the twentieth century.

The front of the Elliott-Carnegie Library 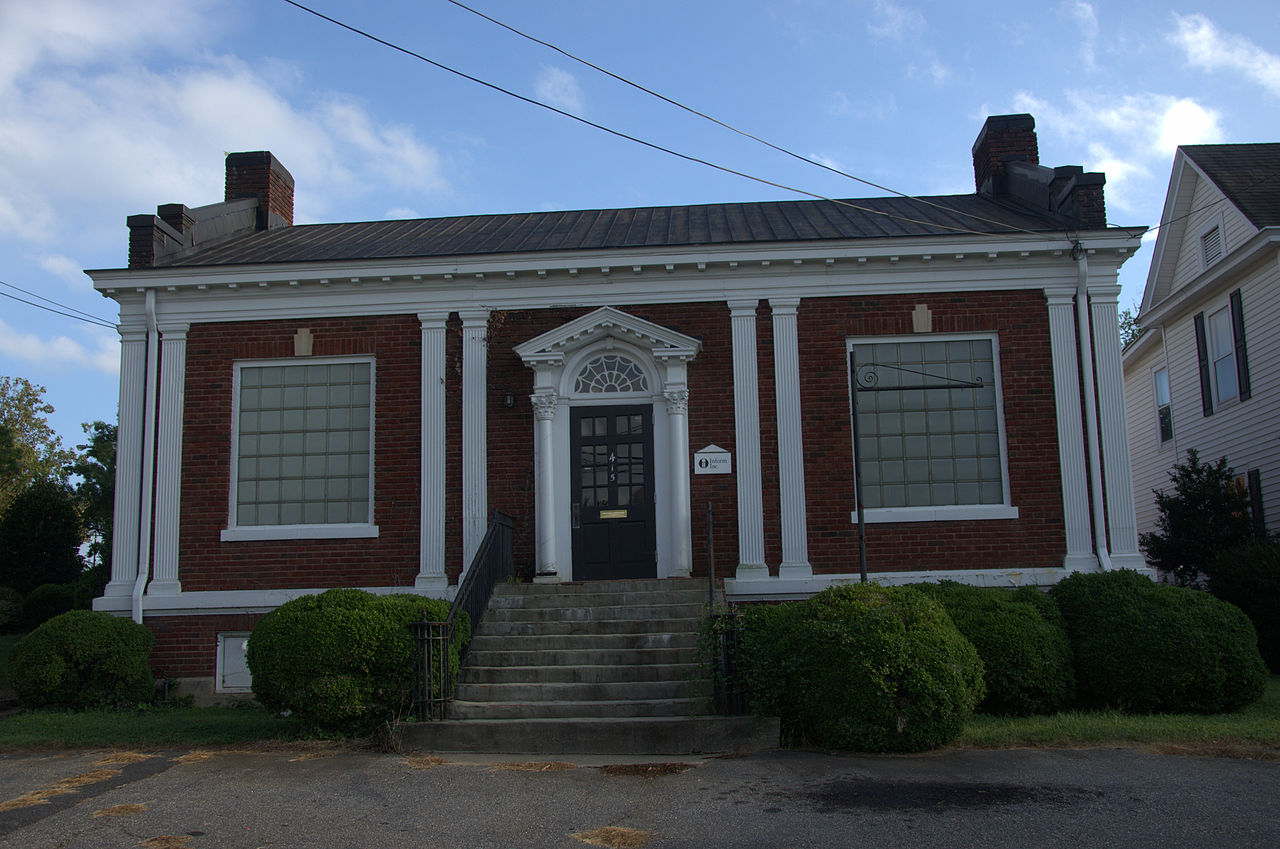 Following the completion of the Western North Carolina Railroad in the 1860s and the success of the Piedmont Wagon Company in the 1880s, Hickory rapidly began to develop in the late-nineteenth century. As more residents came to the town and more educational facilities were constructed, the town's first library service, a rental library, began operation in 1893 to meet the growing needs of the town. The rental library lacked a permanent space, though it frequently was set up on Union Square, and was operated by volunteers. The rental books were purchased by a group of townspeople, and the additional funding came from contributions and a series of ice cream suppers and theatricals.

By 1907, the Hickory Library Association was formed, which actively worked to create a permanent home for the library, and membership fees for the association helped fund the purchase of additional books. Under the leadership of Mrs. J. Worth Elliott (née Lillie Mosse Burns), the Association started a movement to secure funding from the Carnegie Foundation in 1916, and, when the grant was approved, the Association received $14,000. This was the last building of 2,507 facilities to receive a grant from the Carnegie Foundation. After raising $3,000 additional dollars, some of which came from a pageant event, construction of the Elliott-Carnegie Library began, which was superintended by former city manager R. G. Henry. The small, one-story building was constructed in the Colonial revival style. The library was officially opened on August 14th, 1922.

The library grew in popularity, and circulation reached 72,668 volumes in 1937, which reflected the need for cheap entertainment during the depression and an increase in the local literacy rate following the 1903 charter that established the public education system of Hickory. Due to the small size of the library, the growth of the book collection was restricted until the Elbert A. Ivey Library was constructed in 1952, which offered significantly more shelf space. In the same year, the Elliott-Carnegie Library was sold to the Catawba Valley Broadcasting Company and the building became the studio of station WHKY, which moved out in 1969. Inform Properties Inc. purchased the building in 1970 and used the building to house the company's advertising and public relations firm.

On March 15th, 1985, the Elliott-Carnegie Library was placed on the National Register of Historic Places for reflecting the cultural and educational maturation of Hickory during the early part of the twentieth century.