Richmond's Boyd House, also known as the Gordon-Baughan-Warren House, is a mid-19th century Greek Revival home dating back to the antebellum period. The original portion of the 1-1/2 story frame house was built around 1835, making this one of only two surviving antebellum houses in Richmond's West End. The property was a small farm in Henrico County of twelve acres with no buildings before 1830 when the land was purchased in 1830 by the Gordon family who built the original house. The house was expanded around 1860, 1910, and 1920. The Baughan tenure of ownership started in 1858 when the estate was reduced to six acres. By the early 20th century, this area was home to becoming a popular streetcar suburban neighborhood leading to Richmond businessman George Warren purchasing the property in 1910. 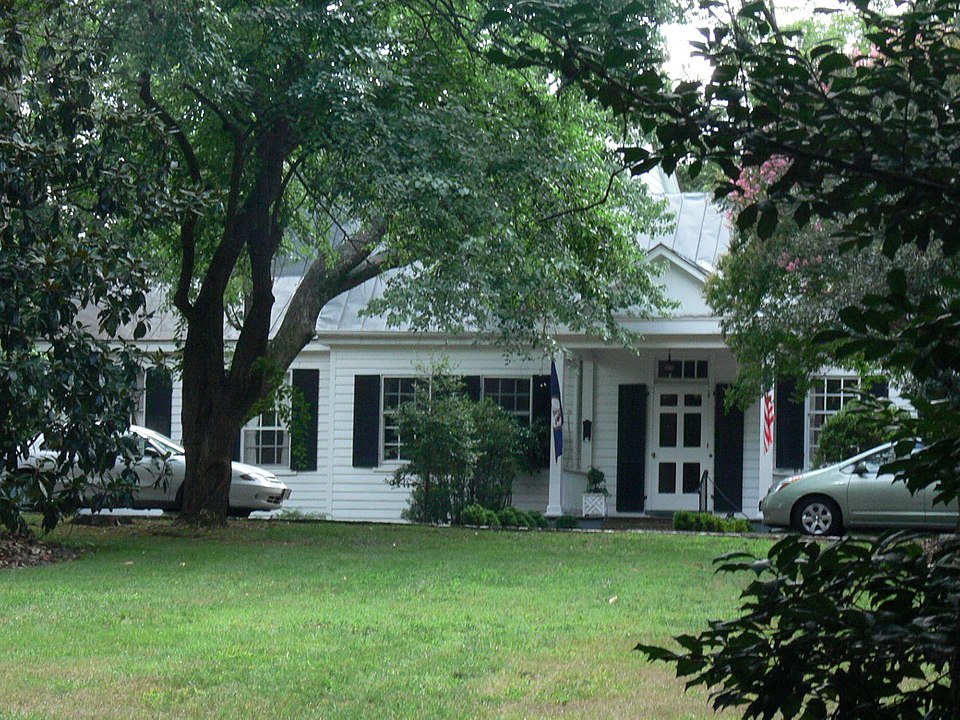 The Boyd House, also known as the Gordon-Baughan-Warren House, is a mid-19th century Greek Revival home in a park-like setting in the Three Chopt neighborhood of Richmond. The original portion of the 1-1/2 story frame house was built around 1835, making this one of two antebellum houses still standing in the former Confederate capital's West End. The house is set back from Towano Road, the main route to the University of Richmond, and supported by a brick foundation.

Research on land deeds and property taxes revealed that the land was an unimproved tract of 12 acres in 1806, the earliest year with available data. The new owner in 1830, James Gordon, purchased the 12 acres and added structures worth $250 by 1835, giving the presumed date of construction of the original part of the house. The house was originally a three-bay structure that occupies the northeastern portion of the present house. James Gordon died in 1848 at the age of 48, leaving a widow and seven children. The tract's buildings' value stayed the same until 1856, when the figure dropped by $50, probably indicating age. Gordon's estate sold the house and about six acres to Benjamin S. Baughan in 1858; Baughan was already residing on the property by that date.

The house was added onto three times: around 1860 (by Baughan), 1910, and 1920. Two of the additions were to the rear of the building, and one to the west side, essentially retaining the home's original scale and massing when viewed from the front. A wealthy Richmond businessman, George Warren, acquired the home in 1910 after a brief ownership by the Lyle family. The 1921 Sanborn map of Richmond shows the house in its present configuration. The home's main (east) facade is 7-bay with a one-story pedimented porch entrance and six-over-nine sash windows. One exterior chimney and interior fireplace were added in 1976; a porch along the rear of the structure was added in the twentieth century by the Warren family.

A servants house or guesthouse was constructed to the rear of the main house around 1860, during the lengthy ownership by Baughan. A carriage house/ two-car garage also seems to date from 1860 with a 1910 expansion. Both one-story, frame buildings are of no particular architectural style. The house was originally part of a small farm of 12 acres in Henrico County and later a vegetable farm in the expanded boundaries of Richmond in a neighborhood called Rio Vista. The presence nearby of a trolley car line connecting the area to downtown, a golf course/ country club, and a new site for the University of Richmond helped to increase the neighborhood's popularity by the early twentieth century.

The Boyd House was listed on the National Register in 2006, with the house, the two associated outbuildings, and grounds contributing to the property's significance. The architectural significance stems from the house's age and degree of exterior and interior integrity from the nineteenth century portions and its example of additions to reflect the early twentieth-century prosperity of its owners. The significance extends to the development of one of the earliest suburbs of Richmond, known as Westhampton or Rio Vista. The house was listed as a Virginia Landmark in 2005. The house is named for the owners/ residents since 1969 on what has become a 1.6-acre tract. The house and grounds are not open to the public.