The Walter and Inger Rice House

The Rice House is the work of an architectural master who almost refused the commission, stating he was too famous to come to Richmond, Virginia. The city also denied the initial building permit application, saying that fire trucks would never be able to reach the location. The persistence of Walter and Inger Rice paid off, however, and their mid-century Modern dream home was created from 1962 to 1963. The home is located on a privately owned island in the James River, accessible by a bridge over East Branch Tuckahoe Creek that the Rice family designed to handle the weight of a fire truck. The Rice Family donated the property to a local museum in 2007. The house is now in private hands and was listed on the National Register in 1999. 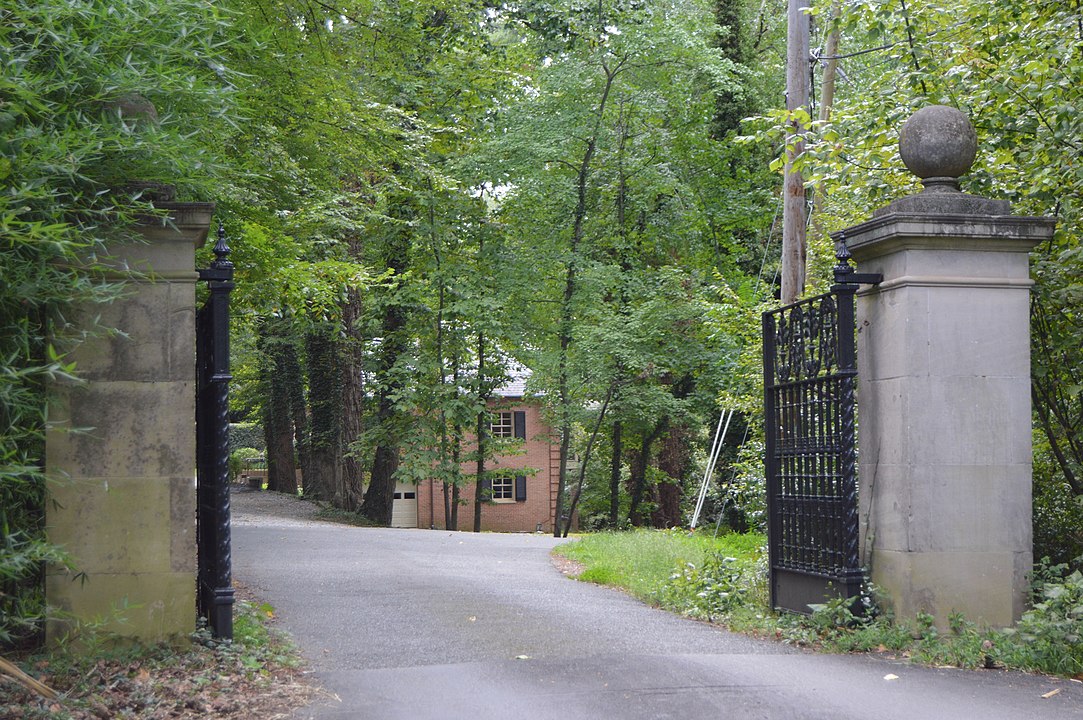 The Rice House was the culmination of the imagination and persistence of Walter and Inger Rice, who stumbled upon the location while hiking along the James River in Richmond. The land was on an island wedged between the river and East Branch Tuckahoe Creek, overlooking a dam connecting to a larger island in the river. The couple fell in love with the views of the river and the wild beauty of Lock Island and did not give up on their dream. Twenty years younger than her husband, the Danish-born beauty became a bride after a whirlwind courtship with the Reynolds Metals executive of just a month. Their late 1920s Colonial Revival home on a golf course was not to their taste.

The Rice House is the work of Richard Neutra, an architectural master who almost refused the commission, stating he was too famous to leave Los Angeles to come to Richmond, Virginia. He was swayed by being flown to Richmond by Mr. Rice and then over the site, remarking on its undeniable beauty. However, the city denied the building permit, saying that fire trucks would never be able to reach the location. The persistence of Mr. and Mrs. Rice paid off, and their International Style dream home was created by Neutra on their island property from 1962 to 1963. The house is accessible by a private bridge over the creek to Lock Island that Mr. Rice designed to handle the weight of a fire truck. Although modern firetrucks are too heavy for the bridge, the local fire station retains a lighter model that can make it over Mr. Rice's bridge if need be.

The home evokes Neutra's Austria-meets-Southern California style of blending a building with nature, perched on top of the highest hill on the island, on a granite south-facing ridge. The structure has horizontal lines of marble and white plaster with plenty of floor to ceiling glass windows to emphasize the gorgeous natural views and the exposed granite cliff. The home has the master bedroom on the upper level and the children's bedrooms on the lower level. Mrs. Rice insisted on an intercom system so that she could hear if her children needed her. The entrance leads into a hall of mirrors and a staircase up to the living room, which is separated from the deck by a narrow glass pane.

The Rice's lived in the home from the early 1960's to Walter's death (1998) and Inger's old age (she moved to a Richmond retirement community in 2007), leaving the home to a local museum in 1996 but retaining life residency. The home came with an endowment and stipulations that it would never be demolished. Mr. Rice served as U.S. Ambassador to Australia for President Richard Nixon. An infant son and Mr. Rice are buried on the property.

The Science Museum of Virginia took possession of the home in 2007 but found it too costly to maintain, even with income received from hosting weddings and other events at the house. The museum received permission from Mrs. Rice to sell the house to private owners who would agree to preserve the home. As a result, money for the home and the endowment was transferred to the museum which dedicated and named a new learning center in honor of the Rice Family. The nearly 5,000-square foot house is now in private hands and was listed on the Virginia Landmarks Register in 1998 and National Register in 1999. The Rice House is one of the few Neutra structures east of the Mississippi River and the lone International Style residence in the city.

The home is valued at nearly three million dollars, or about a million more than was paid by the current owners, the Cottrell's, to the museum in late 2015 for the 4.5-acre property. Mr. Cottrell had never seen a view like that from the house anywhere else and immediately recognized the home's uniqueness. Although extensive remodeling - the first undertaken since it was built - and the addition of a studio building are being completed, the owners pledged to retain the elements that Neutra so carefully designed and executed.

While the Rice House is closed to the public, a great view of the home can be had from the opposite (south) side of the James River, from Pony Pasture.