Constructed in 1916, this building served as Maryville's fire station, police department, and government building. The structure now houses artifacts from the Village of Maryville's past. This local history museum is dedicated to showcasing the village's history with exhibits drawn from the museum's collections along with educational programs for all ages. 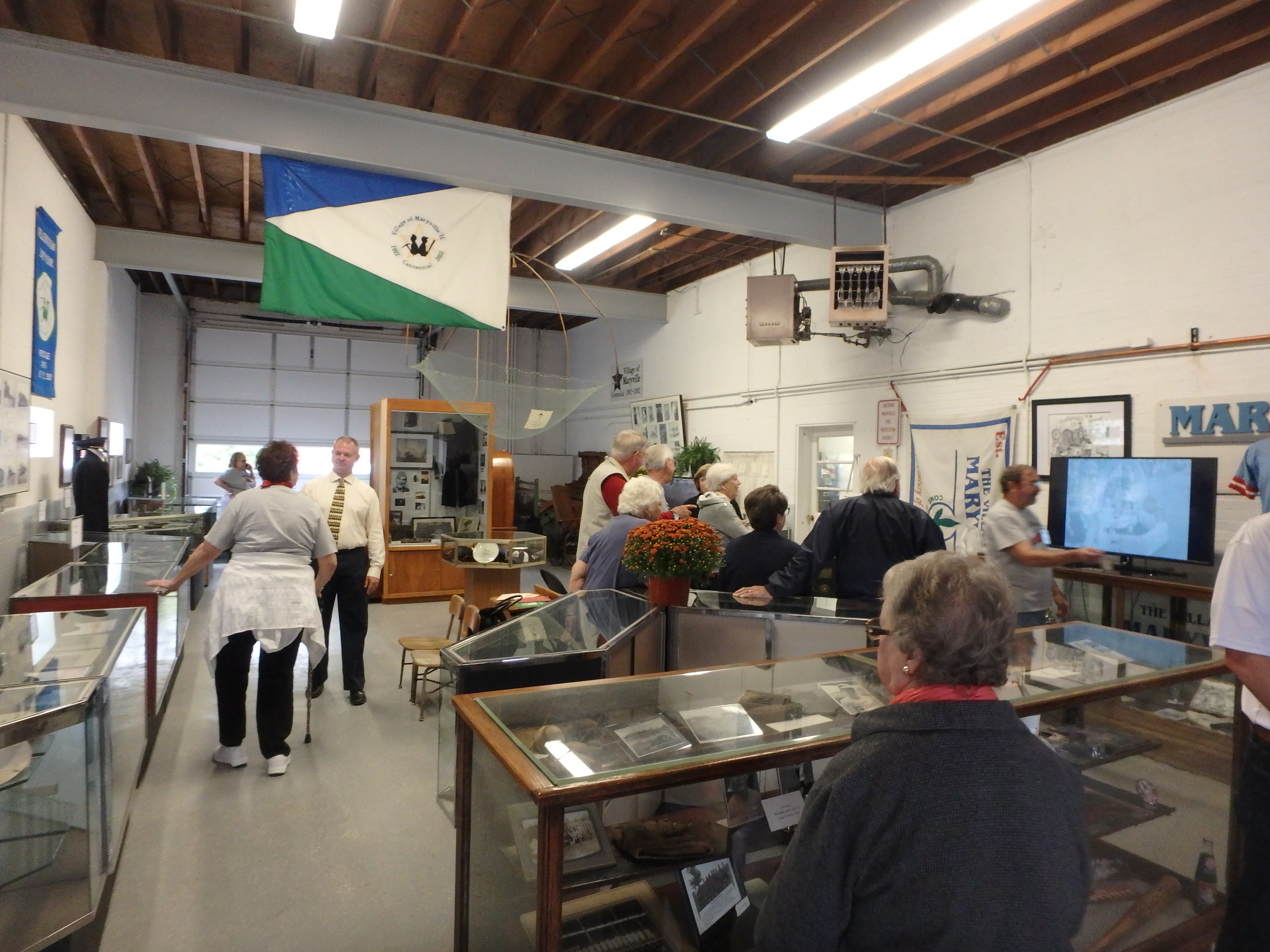 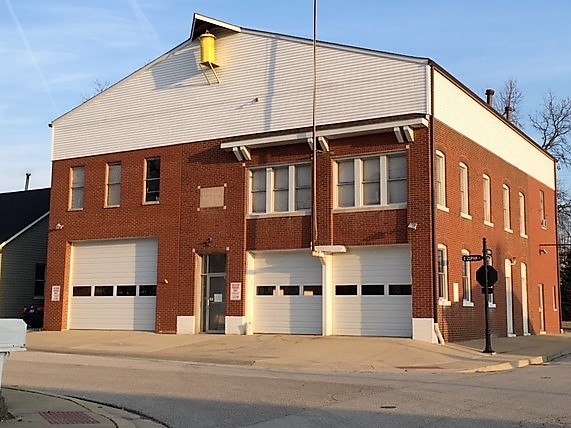 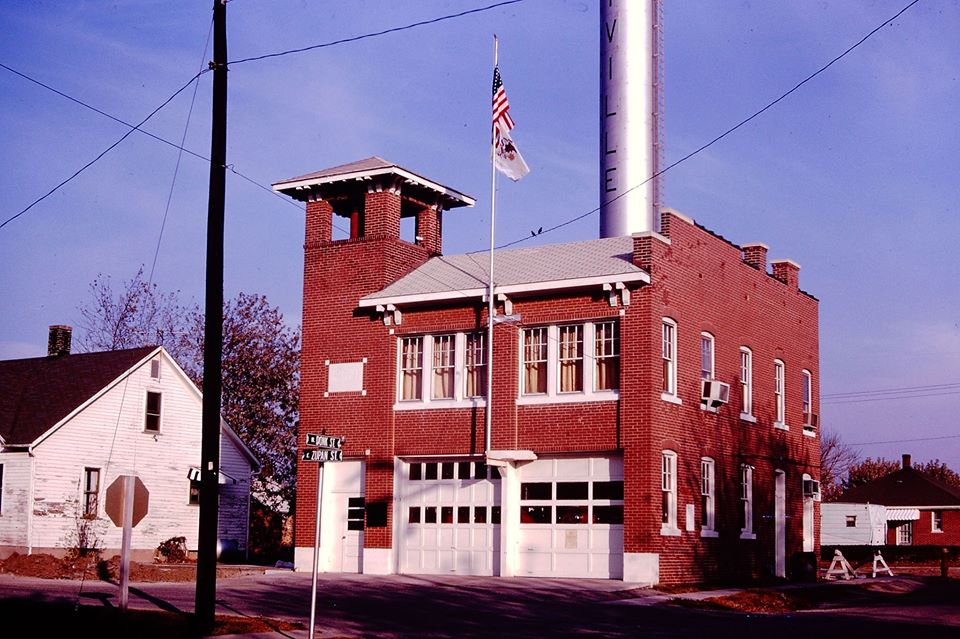 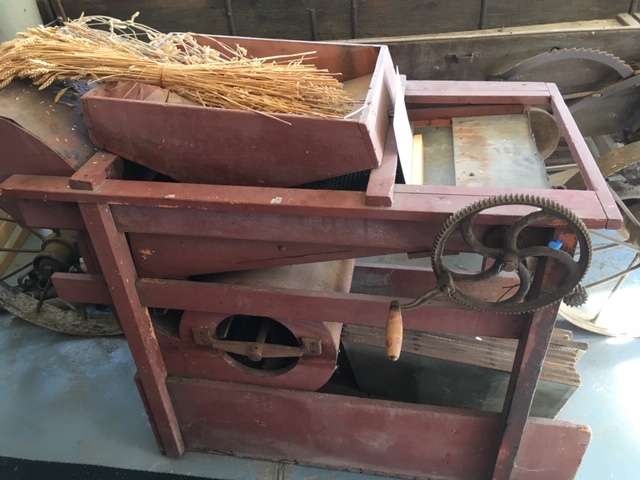 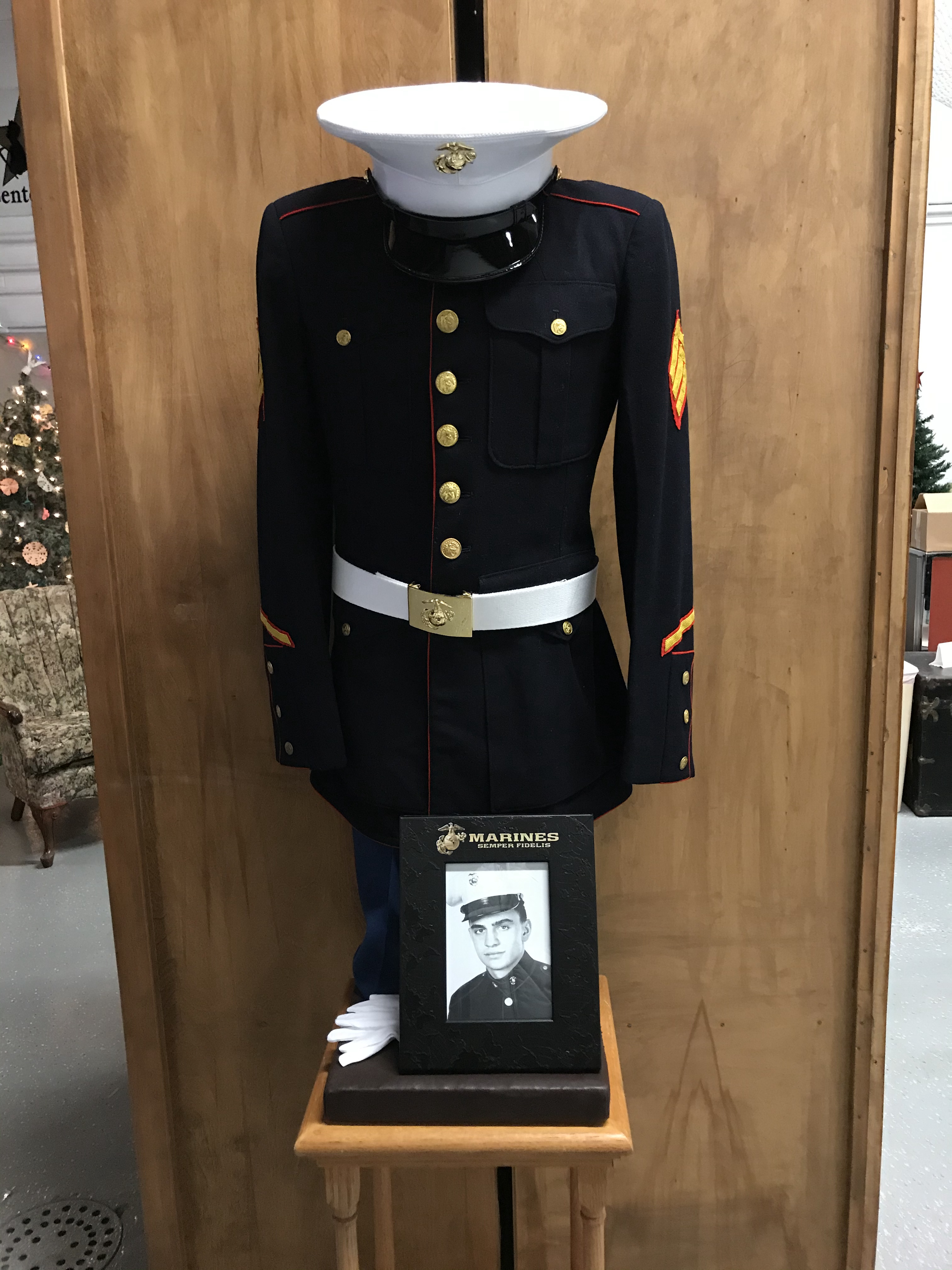 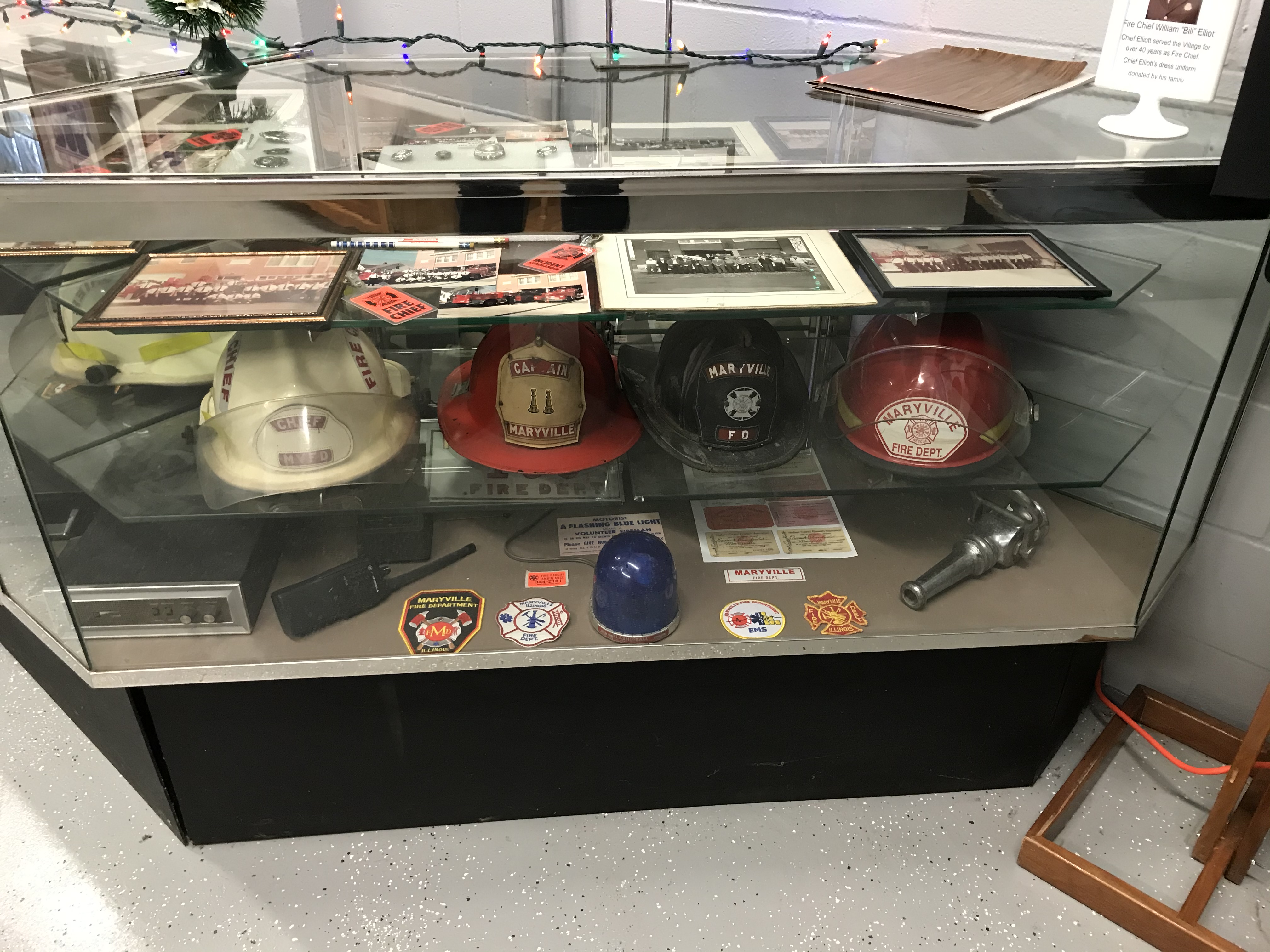 Maryville Kassley Aces, AAU women’s softball team amazed hundreds throughout the summer with their hitting & fielding talents in the 1960s-1980s. 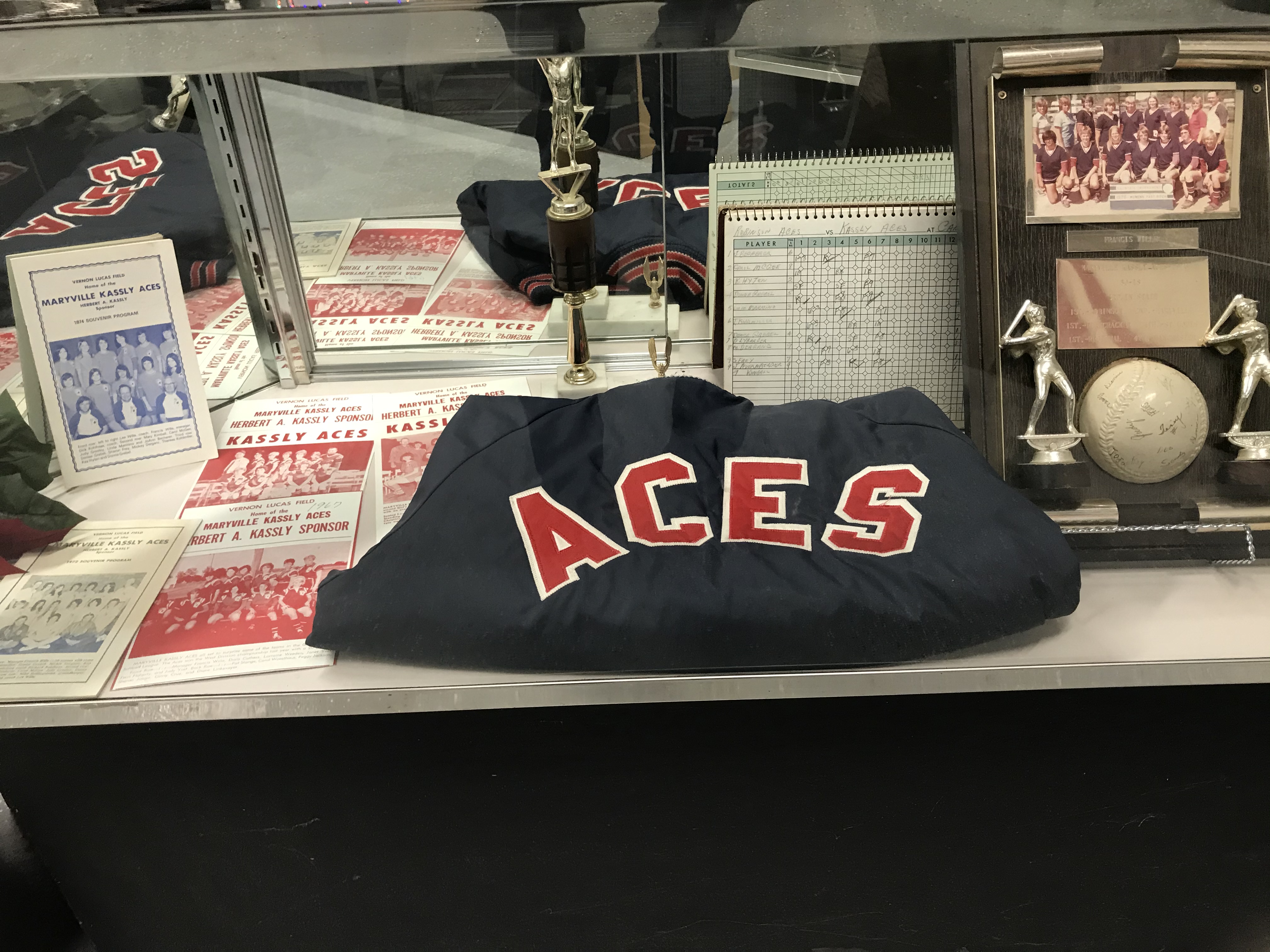 Maryville Homecoming has been a major su mmer event and fundraiser for the Maryville Firefighters for over 80 years! 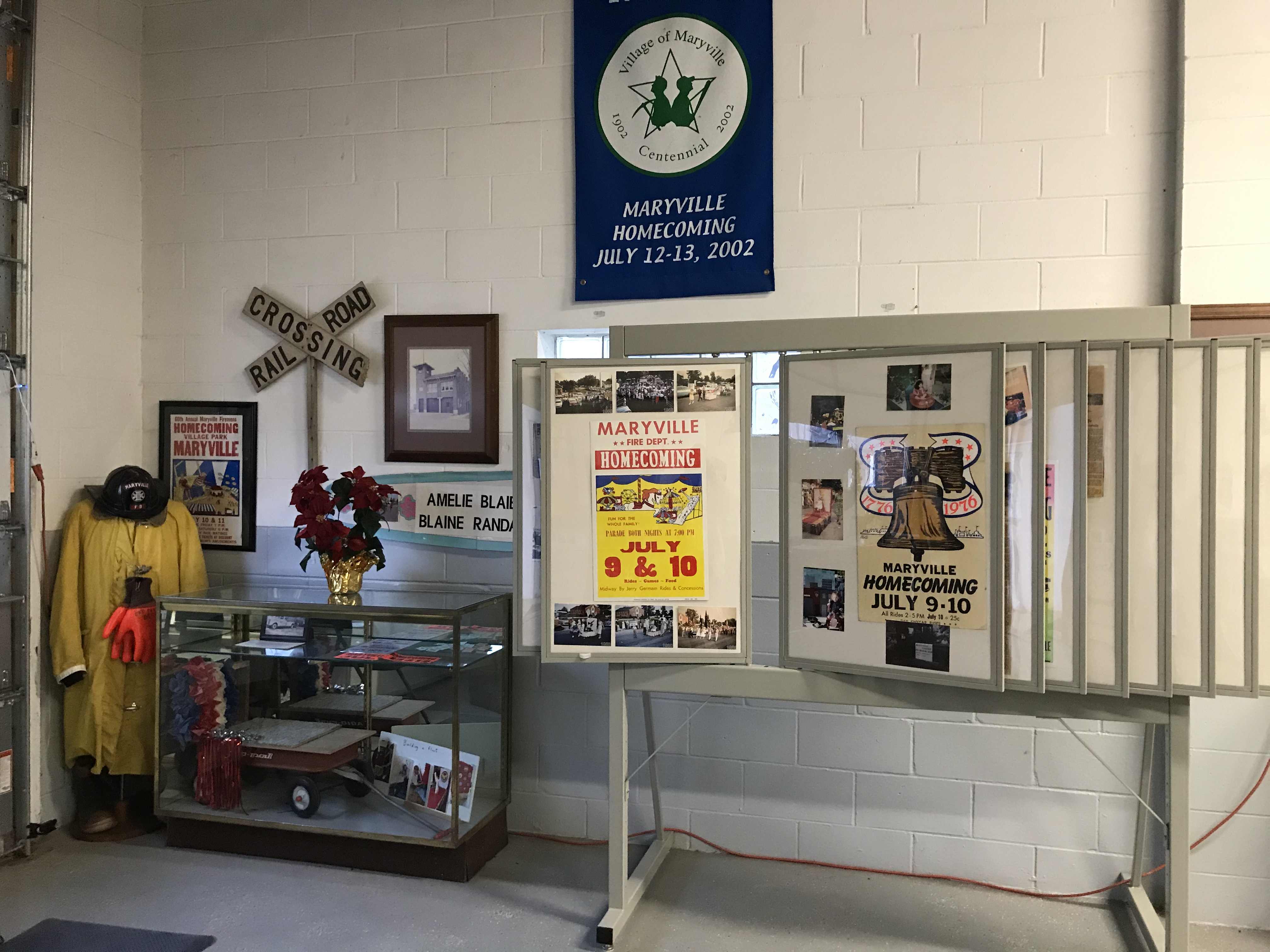 The Museum got its start back in 1916, and its building has served many purposes in the community: from a fire station to the Village Hall. As the Maryville Heritage Museum, it now houses artifacts from the Village of Maryville's past.

Long before the official village came along, Native American's occupied the space, leaving behind artifacts of their own. In the 1600s, Native Americans of the Illiniwek Confederation fleeing Iroquois attacks moved to the land. In 1673, a Frenchman, Louis Jolleit, along with a missionary, Father Jacques Marquette, conducted the first expedition to the area, interrupting the Native American lifestyle. Marquette would later return in 1675 to found an official mission in the village. After French settlements formed here, the British ultimately overtook control of the land in 1765, after the signing of the Treaty of Paris. In 1778, a Native American War broke out between the Iroquois and the Illiniwek, where the Illiniwek were nearly annihilated.

After the Declaration of Independence, this land was claimed by Virginia, and George Rogers Clark was sent to conquer the settlements in the region, who were still mostly French. After the British attacks and the overall Colonies victory, the Native Population continued moving west-facing colonization. In the 1840s German farmers began settling in the location of Maryville. The St. John Lutheran Church was established, and the town was mostly German-speaking. The first school was built in 1848, with only 18 students, and after the Assignation of Lincoln in 1865, the town voted to admit Black children to attend the school.

More recently, Donk Brothers Coal Mine #2 helped build Maryville in the early 1900s from a small rural farming community to a more viable village. However, when the mine closed around 1924, it was the local grocery stores that helped keep the Village alive. Much of that history can be discovered at the Museum. Included are mining equipment, first responders uniforms, farming equipment, veterans, and baseball/softball uniforms. Early maps of what the village looked like are also displayed.