The Museum of Danish America preserves and honors the culture and history of Danish immigrants and their descendants in the United States. The museum opened in 1994 as the Danish Immigrant Museum; its current name was adopted in 2013. Through a series of exhibits, outreach programs, events year-round, and thousands of artifacts, the museum tells the story of Danish immigration to America. It is located on the Jens Jensen Prairie Landscape Park, which offers many outdoor activities. The museum also operates a nearby Genealogy Center, which is open to the public for family history research.

The museum includes over 35,000 artifacts, multiple temporary exhibits, and a large gift shop. Image obtained from The Iowa Gazette. 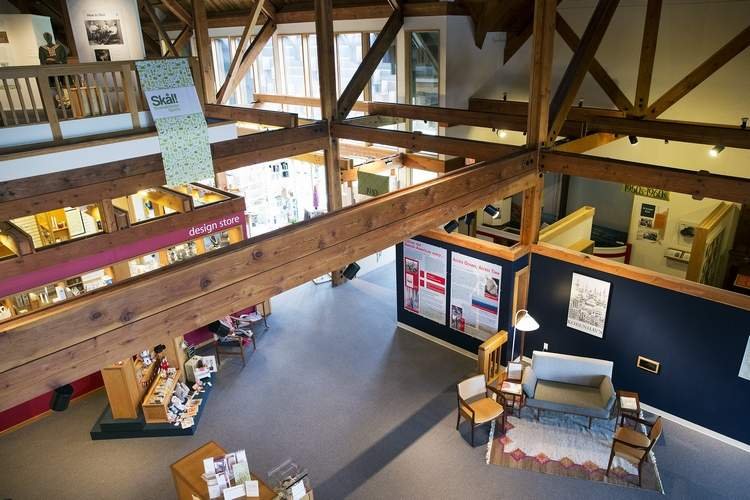 Thousands of Danes immigrated to America starting in the mid-1800s. Many settled in the west where they could own their own land, such as this family in South Dakota. Image obtained from the Museum of Danish America. 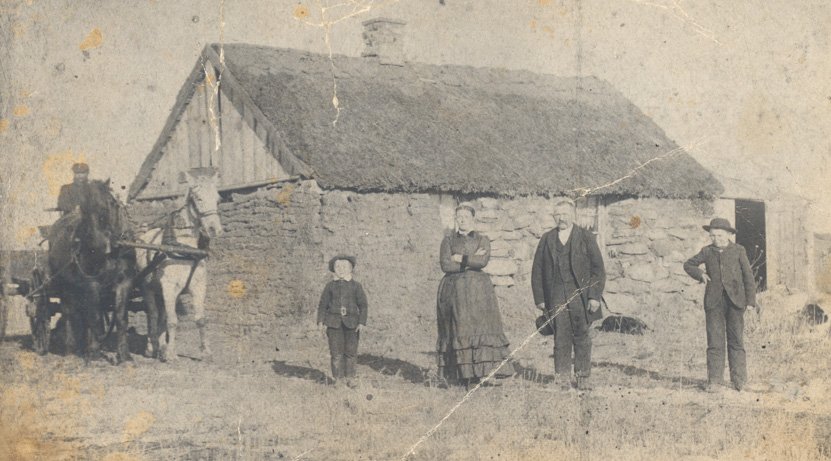 Danish immigration to the United States on a large scale began in the mid-1800s. It was first triggered by a population boom in Denmark and the loss of one-quarter of the country’s territory to Prussia during a war in 1864. Over the course of the nineteenth and twentieth centuries, around 375,000 Danes traveled to the United States. Most of them moved out west, taking advantage of the Homestead Act of 1862 to acquire free plots of farmland. Many settled in Iowa, Wisconsin, Nebraska, the Dakotas, and even as far away as Utah and California. Danes tended to assimilate into American society fairly quickly, but many retained ties with each other through fraternal organizations such as the Danish Brotherhood in America, Danish Sisterhood in America, Danish Relief Society, and Dania Society. Today California, Utah, and Iowa have the largest populations of Danish immigrants.

The Museum of Danish America was first formed in 1983, then under the name the Danish Immigrant Museum, to preserve the culture and history of Danish immigrants in America. The village of Elk Horn, Iowa, a historic Danish-American community, was chosen to be the site for a permanent museum building, which opened in 1994. The half-timbered structure was based off of traditional Danish architecture. In 2014 the museum expanded with the construction of the 8,000 square-foot Christensen Curatorial Center to accommodate the growing collection of artifacts. The museum is located on a 30-acre plot of land now known as the Jens Jensen Prairie Landscape Park, which was donated by the local Elk Horn Lutheran Church. It is named after Danish immigrant Jens Jensen, who collaborated with famed architect Frank Lloyd Wright and was known for incorporating native plants in his designs. The park features outdoor exhibits, picnic areas, a walking trail, and outdoor fitness equipment.

Today the museum has an expanding collection of over 35,000 artifacts, ranging from family heirlooms to memorabilia, artwork, and handicrafts. It displays a variety of temporary exhibits and one permanent exhibit, Danish Roots, American Dreams. The museum also hosts events throughout the year such as the Victor Borge Legacy Award Piano Competition, Tivoli Fest, Sankt Hans Aften, and Julefest. In addition to the main building, the museum operates three separate structures in the local area: the Jens Dixen House, a homesteader cabin and schoolhouse from North Dakota, now located at the northern end of the museum; Bedstemor’s House, a historic home built by Jens Otto Christiansen, located on College Street in Elk Horn; and a Genealogy Center, on Main Street in Elk Horn, that contains thousands of documents and other resources on Danish families.