The Central Florida Railroad Museum, located in Winter Garden, Florida, is dedicated to preserving the history and heritage of the Tavares and Gulf Rail Company and The Atlantic Coast Line. This museum offers many different collections of photographs and artifacts that help the public to learn more about Central Florida's railroad history. A telegraph room can also be explored inside of the museum, and much can be learned about how telegraph systems were important to train stations during this portion of the tour. When the tour is over, guests can aboard an old Clinchfield Railroad caboose to further learn more about the structural aspects of trains. Admission is free, and the knowledge gained from visiting this museum is priceless. 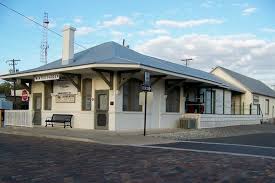 Exhibits inside of the museum 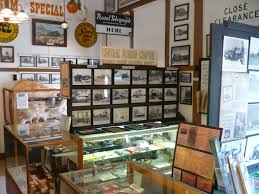 The Orange Belt Train circa 1890’s 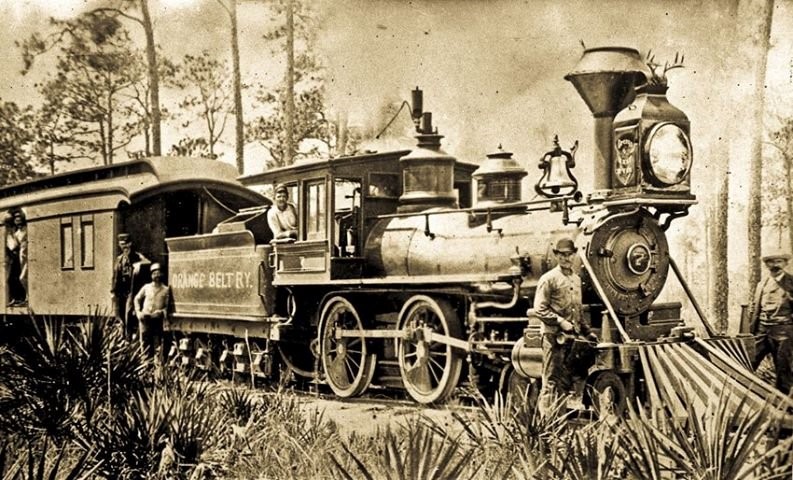 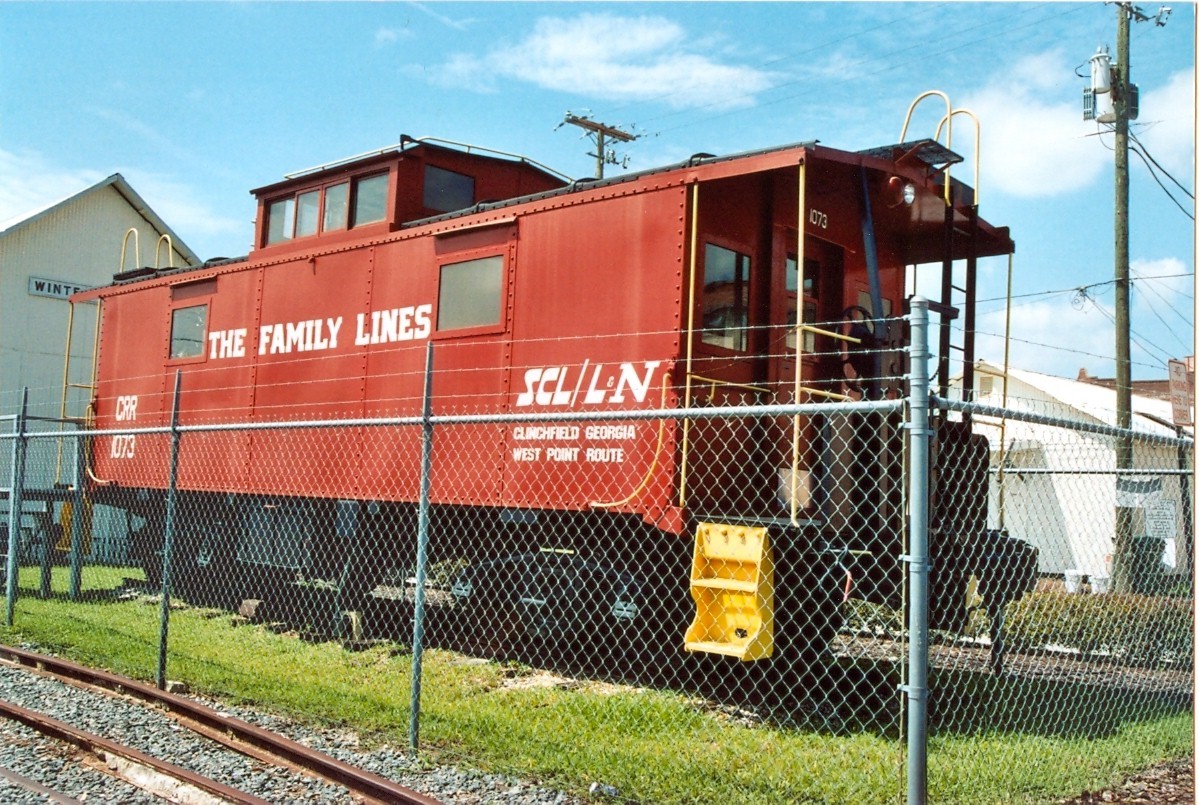 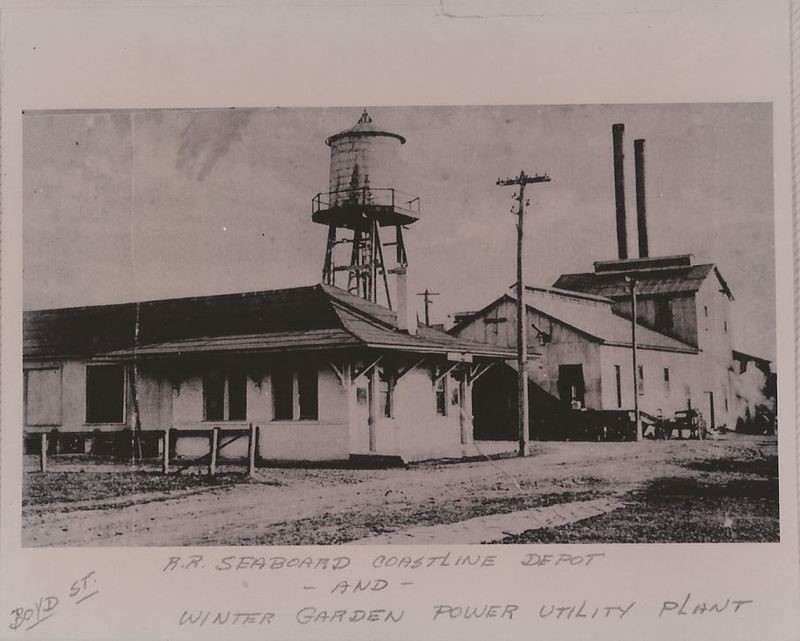 The T&G railroad line opened in 1887 under its predecessor, the Tavares, Apopka & Gulf (T, A & G). The first installed rails were from Tavares to Astatula and connections were made with lake steamers in Clermont (Turner 178). After T, A & G fell on hard times in 1890 the line was purchased by New York Investor Henry H. Jackson and became known as the Tavares & Gulf Railroad. Little maintenance was performed on the railroad by Jackson’s firm during this time which prompted the Florida Railroad Commission to remark in its 1910 report that, “the Tavares & Gulf Railroad is probably in the worst condition of any line in the state.” (Turner 179) With frequent mishaps and derailments along the T&G line, it earned nicknames such as the “Tug & Grunt” and the “Try & Go” (Tavares & Gulf Railroad).

The Tavares and Gulf Railroad was mainly sustained by the carriage of vegetables, produce, and citrus. (Turner 179) With the production of so many perishable food items, boxcars were refrigerated by blocks of ice provided by local ice houses. Farmers relied on ice to preserve their crops during shipment (Tavares & Gulf Railroad). Between 1910 and 1920 construction of the first waterworks and ice plant in Winter Garden were underway (Southwest Orlando Bulletin). While the T&G line had only 32 miles of track running from Tavares to Ocoee it was very active at a point when Winter Garden was the largest citrus shipping point in the world. By 1949, the T&G was generating more perishable freight per mile of track than any other Class I railroad in the United States (Tavares & Gulf Railroad).

The Central Florida Chapter of the National Railway Historical Society was a society formed in 1970 that was dedicated to preserving Central Florida's railway history by creating museums and preserving old railroad depots in their area. In 1913, the The Tavares & Gulf Railroad build a depot in the winter Garden area of Florida, which lasted up until the Winter Garden RR line was abandoned in 1969. Another rail road company, the Seaboard Coast Line RR, adopted the Gulf Railroad's depot as their own, but in 1978 they decided to move to a new depot and close the old one. When the Central Florida Chapter learned that the Winter Garden Depot may be closing, they decided to take a leap and purchase the depot in 1979 to turn into a railroad museum. In 1983, after much renovation, the Central Florida Railroad Museum opened to the public.

The Central Florida Railroad Museum has a vast collection of photographs, artifacts, dining car china, uniforms, and tons of railroad equipment all throughout the museum to examine and learn about. The collections seen in the museum came from both national and private donations, and there is always something new on display at this wonderful museum. Children can interact with an antique Thomas wooden train set to further learn about how trains function and guide along their rails. Antique telegraph systems can be studied in the telegraph room in the museum,and it is here where guests can learn about how important telegraphs were to railroad companies. Spikes, rails, and different railroad signs that were actually used when the rail system was built are scattered along the walls of the museum for guests to contemplate.

Elementary schools often plan field trips for their little ones to this museum, and to the children's delight they can board a caboose and play with toy trains while also learning about the historic railroad. A gift shop is visited at the end of the museum tour, and visitors can purchase a souvenir to remember the historic railroad museum. In addition to exploring the museum, children or tour groups are also offered a walking tour through historic downtown Winter Garden, where they can visit the Winter Garden Heritage Museum and downtown restaurants. Visitors of Winter Garden will not leave without acquiring some sort of knowledge about the town's rich history and heritage.

The museum has memorabilia on display that includes many items you would find on a railway car during the time including items like lanterns, telegraphs, furniture and operator uniforms. They also have an extensive collection of historic photographs, most of which include the Tavares & Gulf railway from its early days of steam to its last run in 1969. One of the largest pieces of memorabilia that they have is located outside of the museum. It is the former Clinchfield caboose #1073. After visitors have had time to walk through the museum they can walk to the Caboose and walk on to this great piece of history. The restoration of the caboose was completed in August 1996. Part of the Central Florida Railroad museum was donated by Roper Brother’s Foundation in 1982. The structure known as the Roper building is connected to the museum by a covered breezeway. The building was used by T&G to unload farm tractors and automobiles that were shipped to the city of Winter Garden (Central Florida Railway Society).

With so much history to be preserved the Chapter of the historical society donated its Museum Complex to the City of Winter Garden and signed a 99-year lease with the City of Winter Garden for the Central Florida Railroad Museum (Central Florida Railway Society). This museum is an important piece of Florida history and public donations help the museum to continue to be a source of education and inspiration. It is the mission of the museum to provide continued education and a love of Florida’s railroad history with locals and visitors alike.

Open every day, 1 to 5 p.m., except major holidays