This museum explores the history of the Anamosa State Penitentiary, which is the largest prison in Iowa. The museum features dioramas of quarrying and construction techniques, a full-sized replica of a prison cell, and photographs from the prison's first years in operation. It is located in a former cheese factory building that is just outside of the prison's north wall. Anamosa State Penitentiary was established in 1872 and grew to its current size over the following decades. The Administration Building is perhaps the most striking part of the prison. Three stories high, it features highly decorative Gothic Revival elements, a two-story tower with turrets, and a first-floor porch with Corinthian columns, urns and a pair of stone lions. The entire prison site constitutes the Iowa Men's Reformatory Historic District, which is listed on the National Register of Historic Places.

Anamosa State Penitentiary was established in 1872 and is Iowa's largest prison. The museum is located in a former cheese factory building that's located next to the prison's north wall. 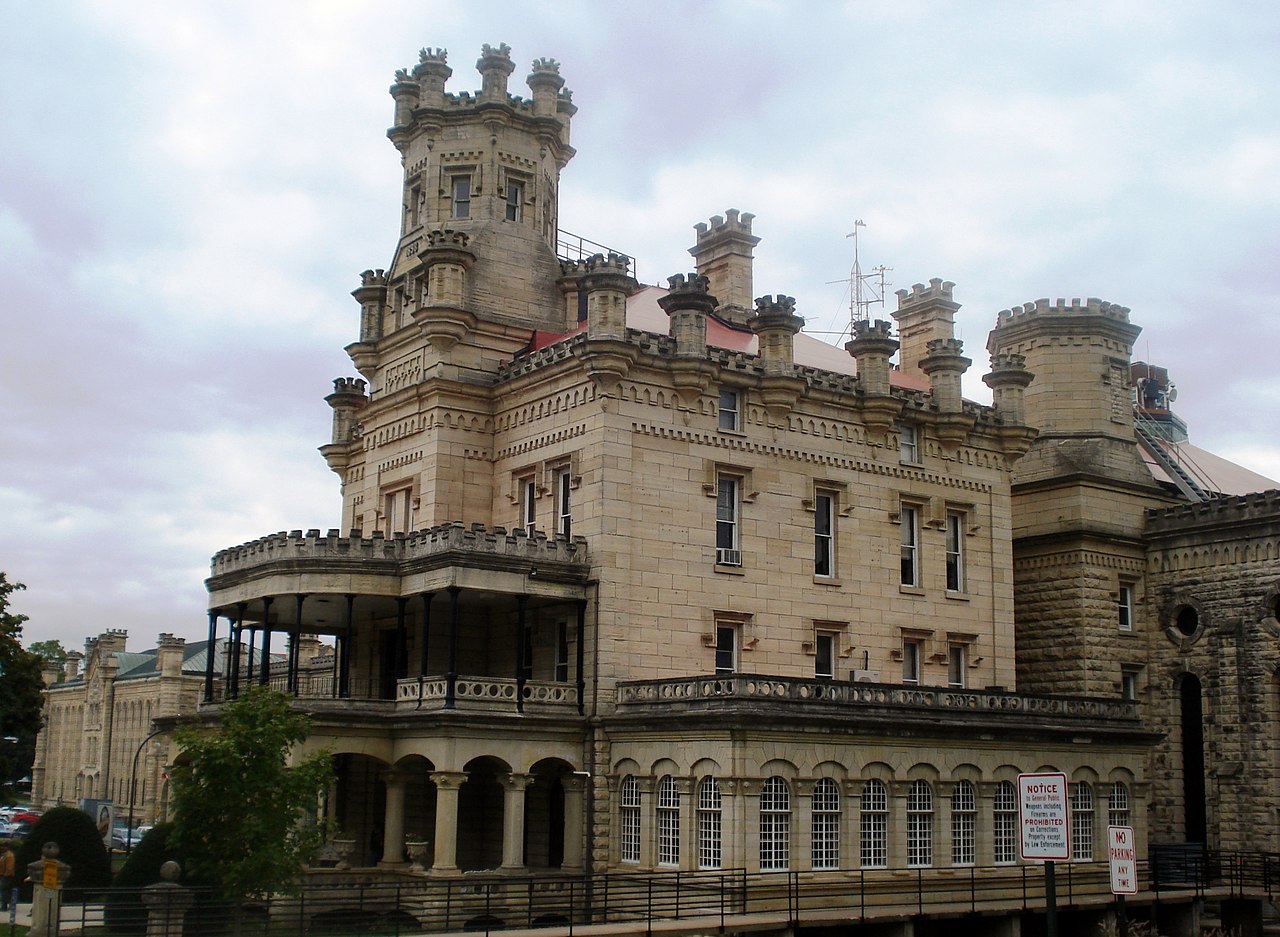 During the first thirty years or so, the prison operated using the Auburn system, which espoused a strict program of discipline aimed reforming prisoners through penitence through solitary confinement, mandatory attendance of religious programs, hard labor, congregate dining, and limited literacy education. The Auburn system was developed in the 1830s and 1840s but in the coming decades it became apparent that it did not work well in reforming prisoners. Prisons around the country started to adopt reforms in the 1880s and 1890s that introduced new policies including a graded system of discipline, sentencing, and parole; improving the education programs; increasing the variety of prison work programs; and introducing exercise programs. The prison adopted some of these reforms in 1907, including improvements in the educational offerings and new parole and sentencing policies. Other reforms were not implemented until the 1930s and 1940s.

Today the Anamosa State Penitentiary is a maximum/medium-security prison. It houses around 950 inmates and offers several academic and vocational programs.