The Battle of Perryville

Fought on October 8, 1862, The Battle of Perryville was the second bloodiest battle of the Western Theater during the American Civil War. It resulted in a strategic victory for the Union, who ended up capturing the state of Kentucky following this battle. Major General Don Carlos Buell led the Union army while General Braxton Bragg was in charge of the Confederate army during this conflict. The scene of the battle now is home to the Perryville Battle State Historic Site.

A map of the battlines during the conflict. 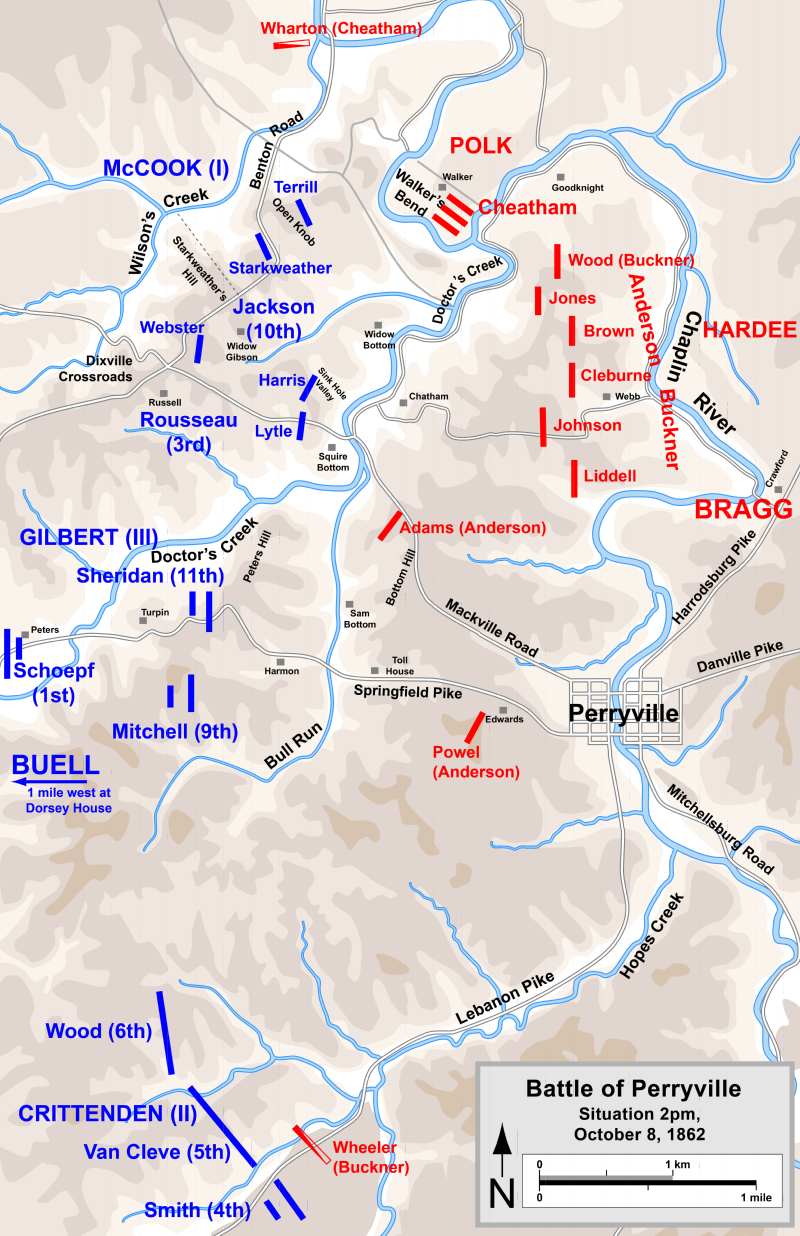 A black and white photograph showing the Union and Confederate forces battling it out. 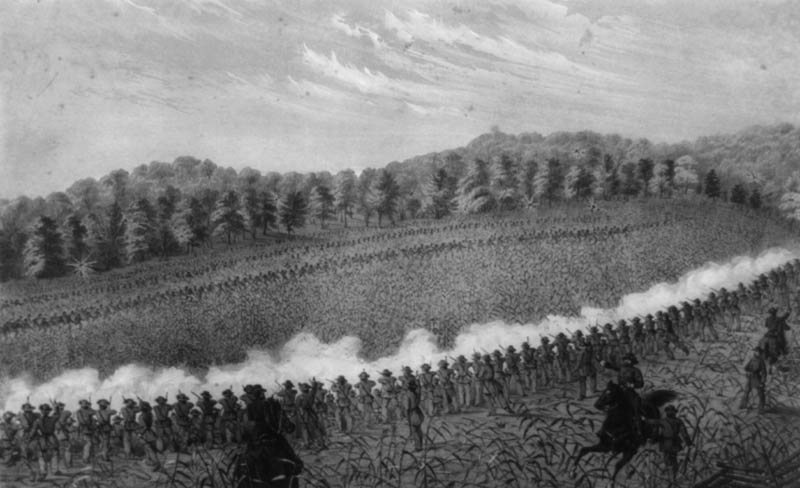 The Battle of Perryville - which also goes by the Battle of Chaplin Hills - took place on October 8, 1862 in the Chaplin Hills near Perryville, Kentucky. The Battle of Perryville served as the end of the Confederate Heartland Offensive (also known as the Kentucky Campaign). The soldiers of the Confederacy were looking to take full control of Kentucky and have access to the key rivers, like the Ohio River. When Kentucky fell under Confederate rule, the soldiers added a star to the Confederate Flag representing and recognizing it. The battle is well known for being one of the bloodiest battles of the Civil War as well as the most significant battle fought in the state of Kentucky.

The Union army was led by Major General Don Carlos Buell with the Army of the Ohio while the Confederacy was led by General Braxton Bragg’s Army of Mississippi. The Confederate troops were marching in an advance on Louisville, Kentucky, from Chattanooga, Tennessee. On the other hand, Union troops were coming from Louisville and they unexpectedly had met the Confederate soldiers which led to conflict. General William J. Hardee had chosen Perryville as a base of operations for the Confederacy's Kentucky campaign, because of the town's excellent road network and it was a potential source of water. However, a drought affected the area and the intense heat made it hard on the men with the only sources of drinking water coming from creeks and streams nearby. The Union troops that participated numbered approximately 22,000 against 16,000 Confederate soldiers. With regard to the casualties, 894 people were killed from the Union side compared to 532 people from the Confederacy.

Since most water supplies were completely dry, the soldiers had to drink contaminated water which eventually led to them suffering from dysentery, typhoid, and other notable diseases. In order to take advantage of the benefits the village provided, the Confederate troops withdrew to Perryville when Maj. General Buell’s troops converged upon Bardstown. The Union soldiers continued advancing to Perryville despite the dry conditions due to the drought. This battle was very ruthless and both sides suffered many casualties as stated above. While this seemed like a tactical victory for the Confederacy in terms of losing less troops and pushing back aggressively against Union soldiers, the Union was considered the true winners through strategic means.

General Bragg would soon retreat with his troops down to Tennessee while the Union forces took control over Kentucky. Confederate forces met with General Bragg at the Crawford House where he ordered the withdrawal at midnight leaving a picket line while they retreated. However, General Buell and his forces pursued into Tennessee after Bragg as they returned to Nashville rather than go along with the Lincoln administration’s plan to push on East Tennessee. Buell would be called in to appear before a commission in order for them to investigate his actions during the campaign. He soon resigned from service in May 1864. Kentucky would remain in Union hands following this battle for the rest of the Civil War.