The Headwaters of the Tioughnioga River

The Headwaters of the Tioughnioga (tei-ough-nee-O-guh) River. The name of the river is often translated as “meeting, forks of the river, or meeting of waters”, this is because it was a very important part in "connecting Cortland to the world", it's located South of the intersection of I-81 and NY route 13 in Cortland NY. This river played an important role in the development of inter tribal relationships. Before European settlers arrived, this location was known for its hunting and fishing. Once settlers took over the land there were many more important figures who lived near here. 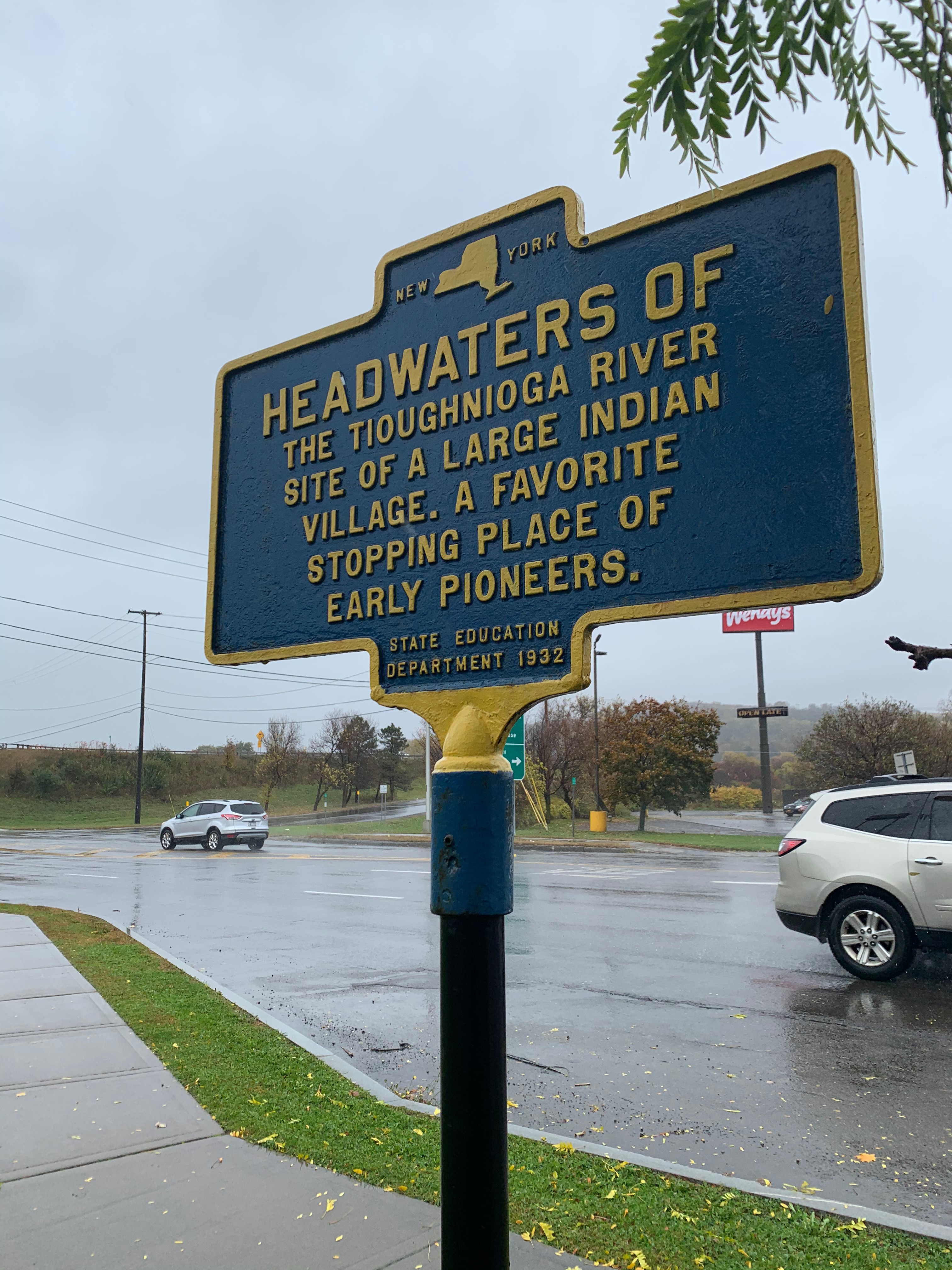 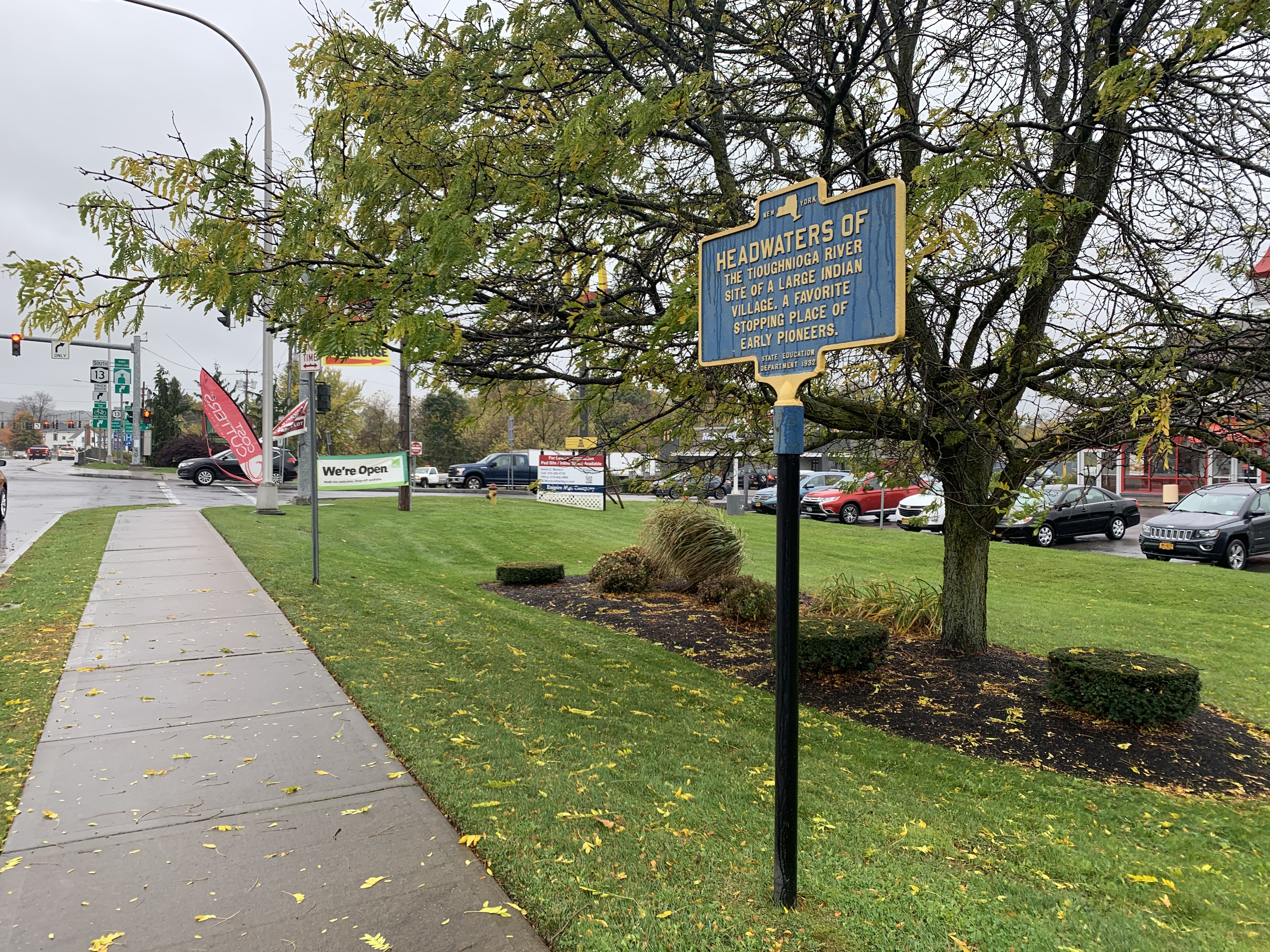 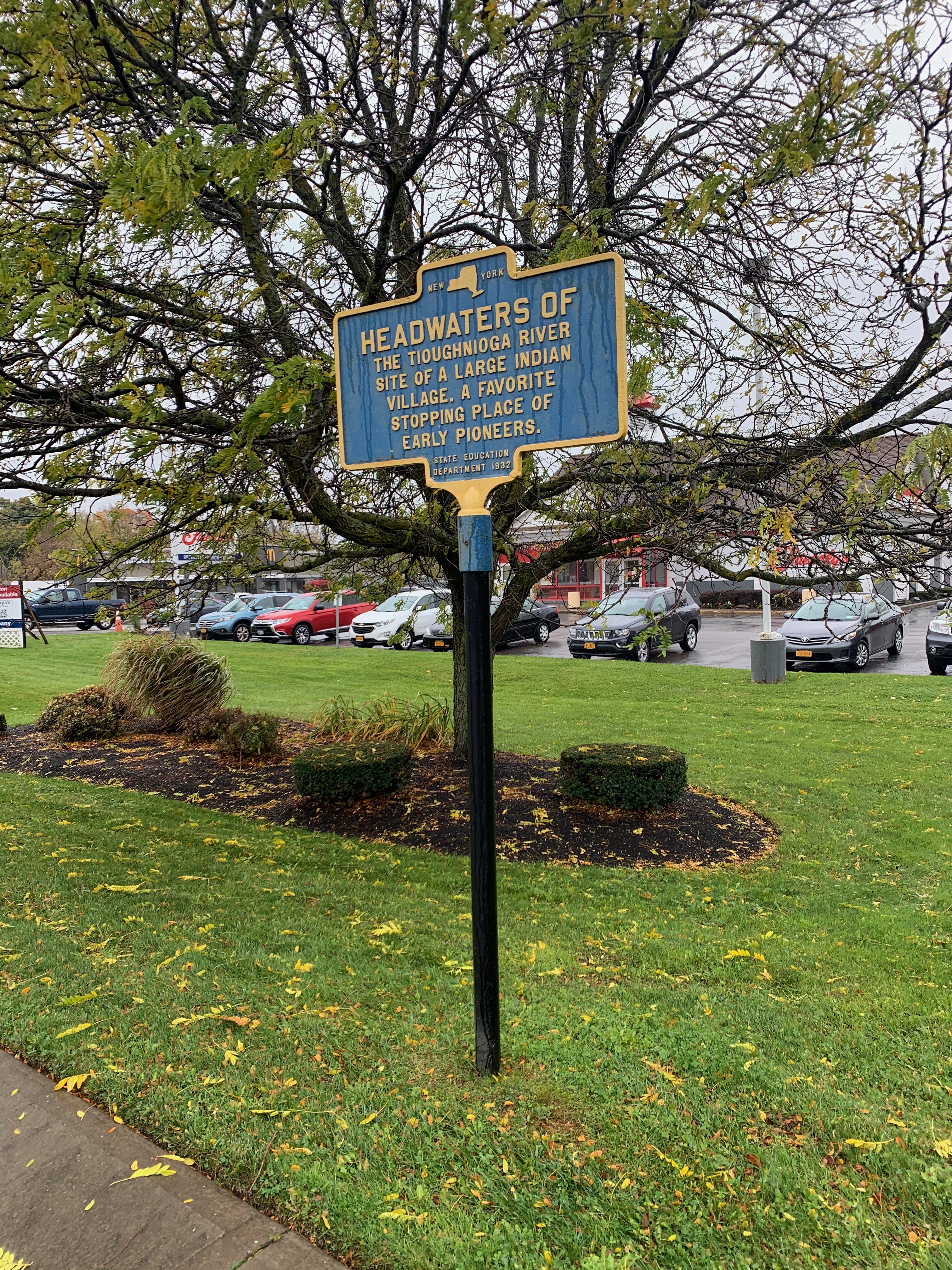 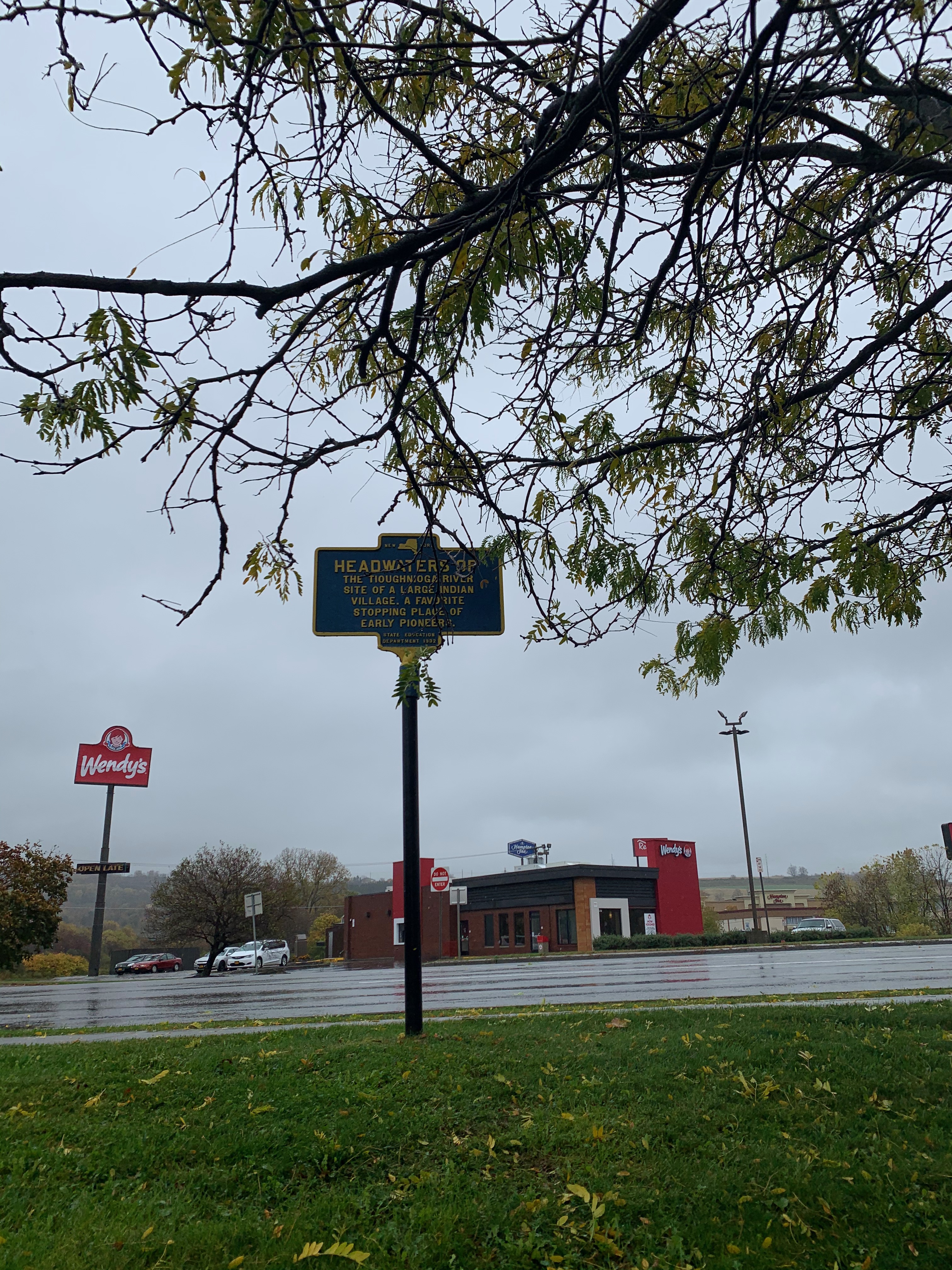 On the historical marker the use of the phrase “early pioneers” in the sentence “A favorite stopping place for early pioneers” suggests that they were the first people to discover this land. The historic marker was placed in 1932 and reinforced the idea that this was their land and not Onondaga territory, although this was untrue. This river was also known for its flooding. Residents who were “tired of waiting for government action in flood control” decided to take it upon themselves to strengthen the dam. In 1961, $355,000 was set aside for flood control on the river. Aside from the problems of flooding, the effects people had on the river were terrifying. It had become a common sight to see collections of debris along the bank of the river. The community would seek to preserve the beauty and potential of the river by promoting river clean ups.