Fiesta Gardens is part of Edward Rendon Sr. Park at Festival Beach. The park was created after the construction of Longhorn Dam in 1960. Over the years it has hosted a number of events including the Hot Sauce Festival, the PRIDE celebration, and for nearly twenty years, Aqua Fest. Aqua Fest was the scene of some of Austin’s most vocal protests by Hispanic East Austinites who were concerned about the city’s decisions degrading their neighborhood’s quality of life. Those protests played an important role in the city's Hispanic community. 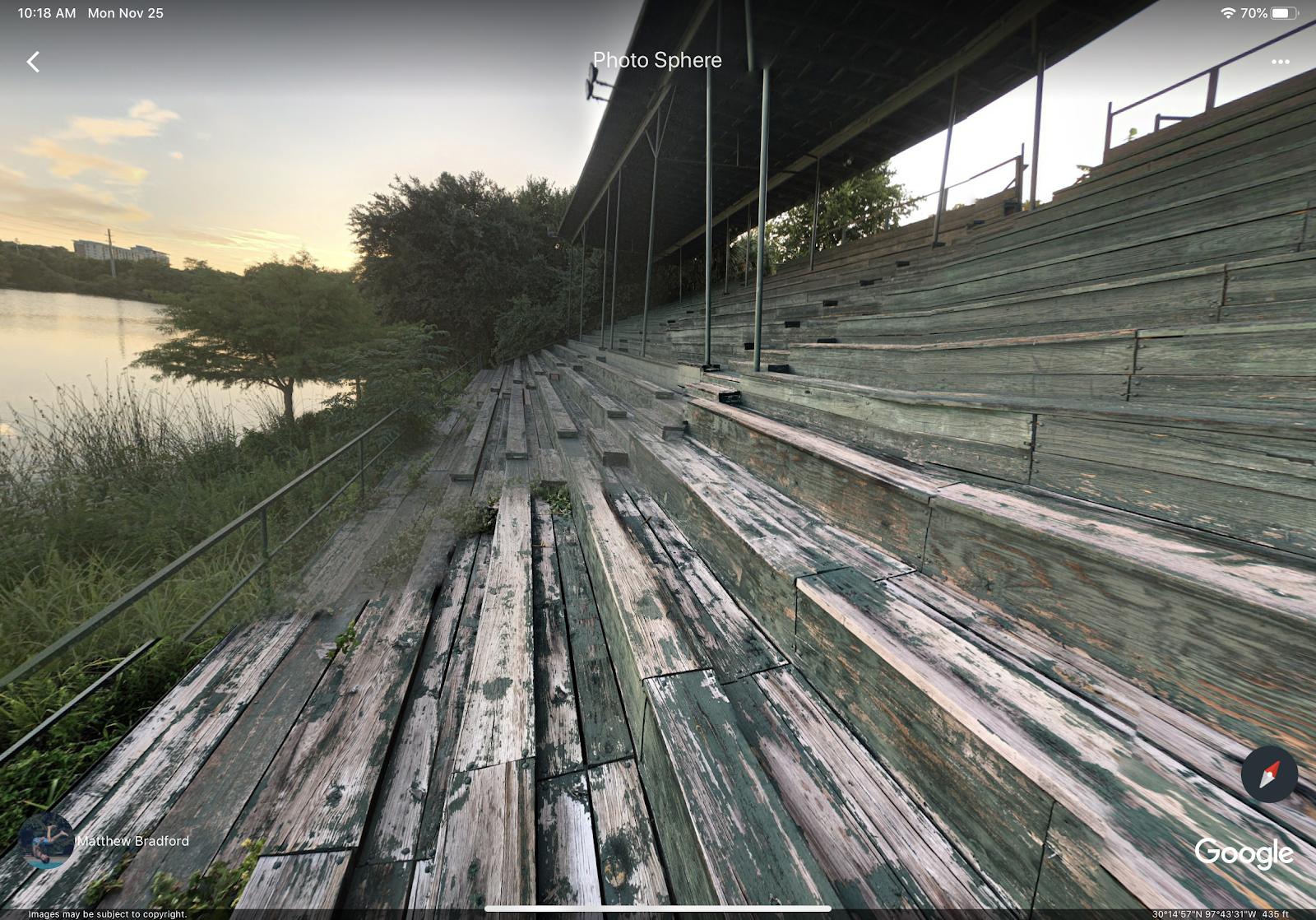 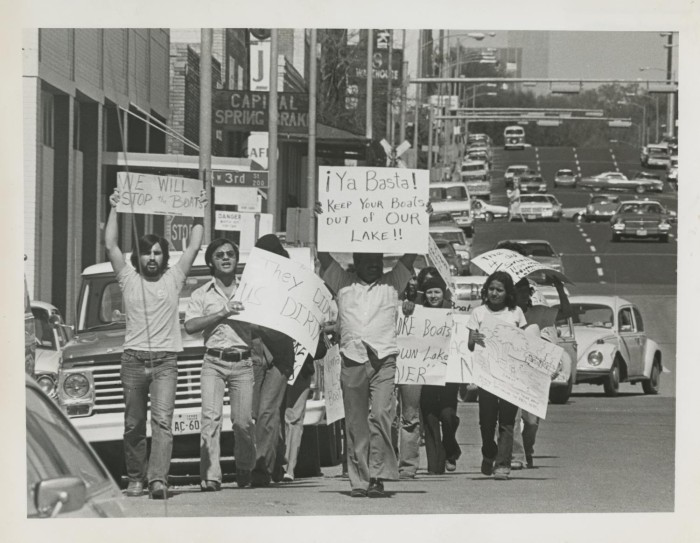 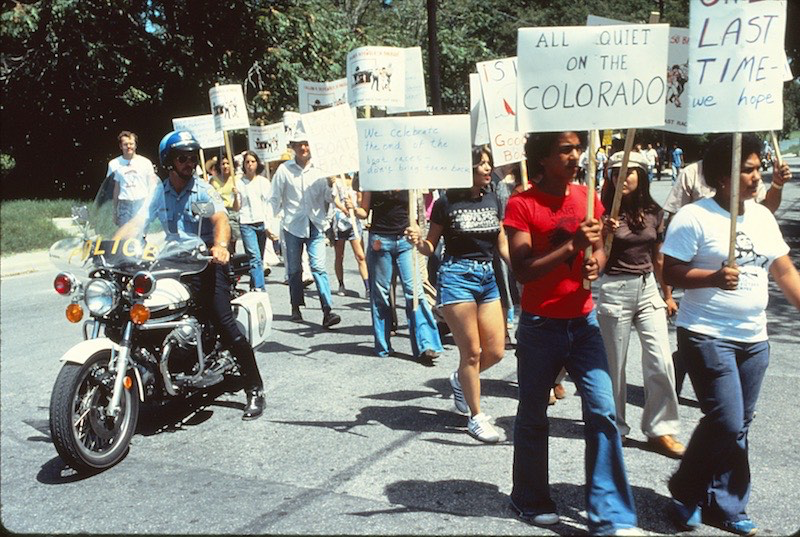 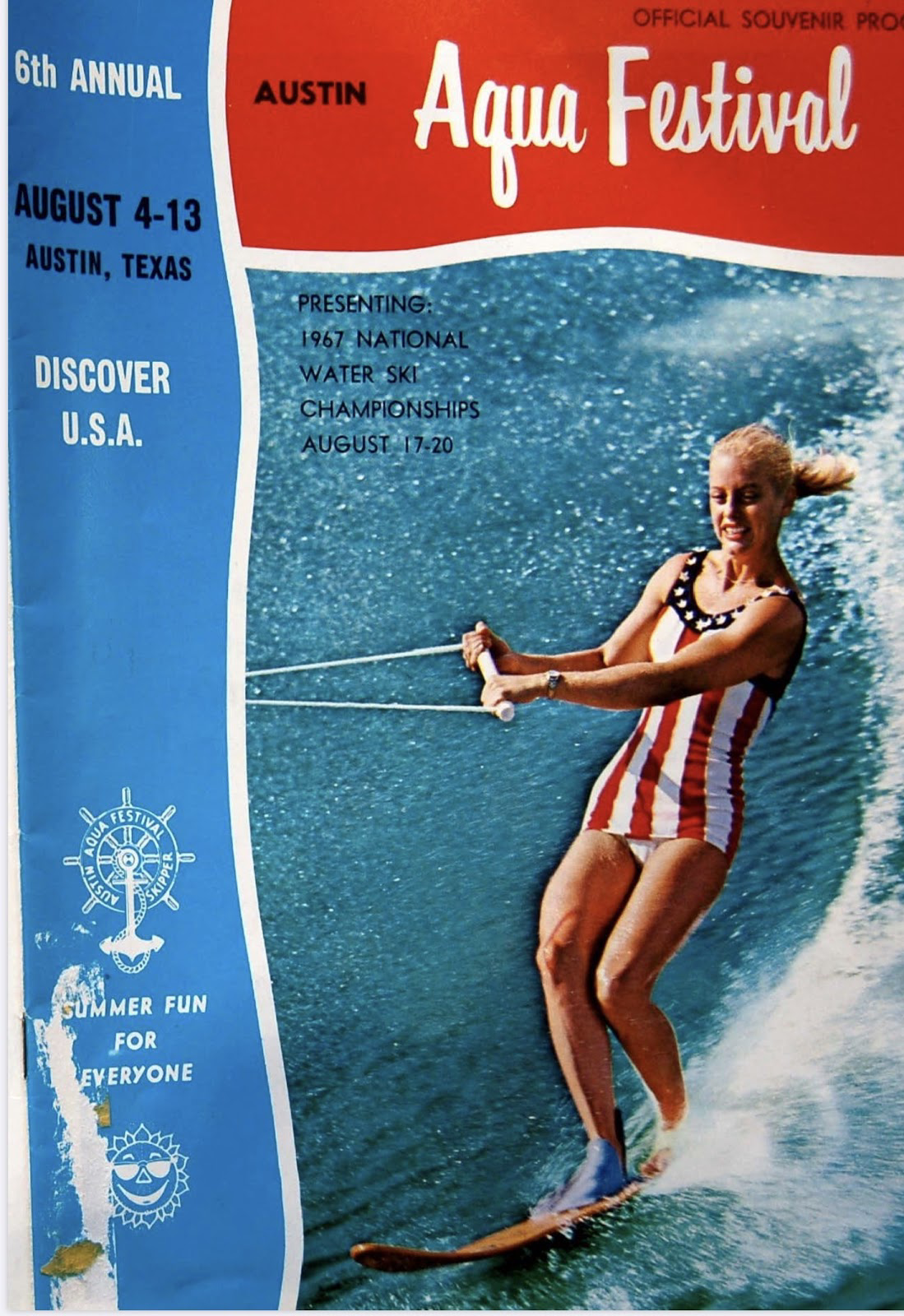 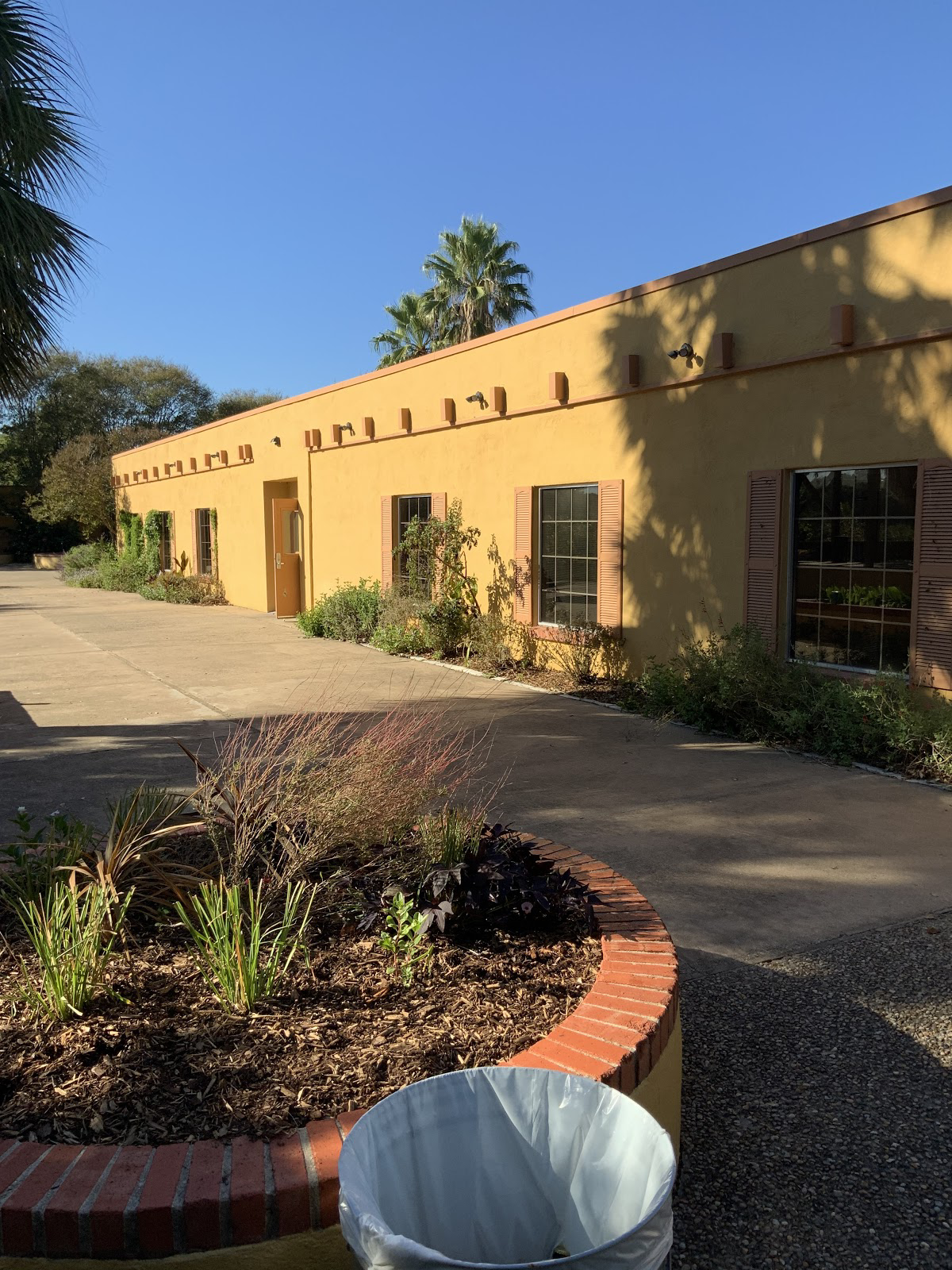 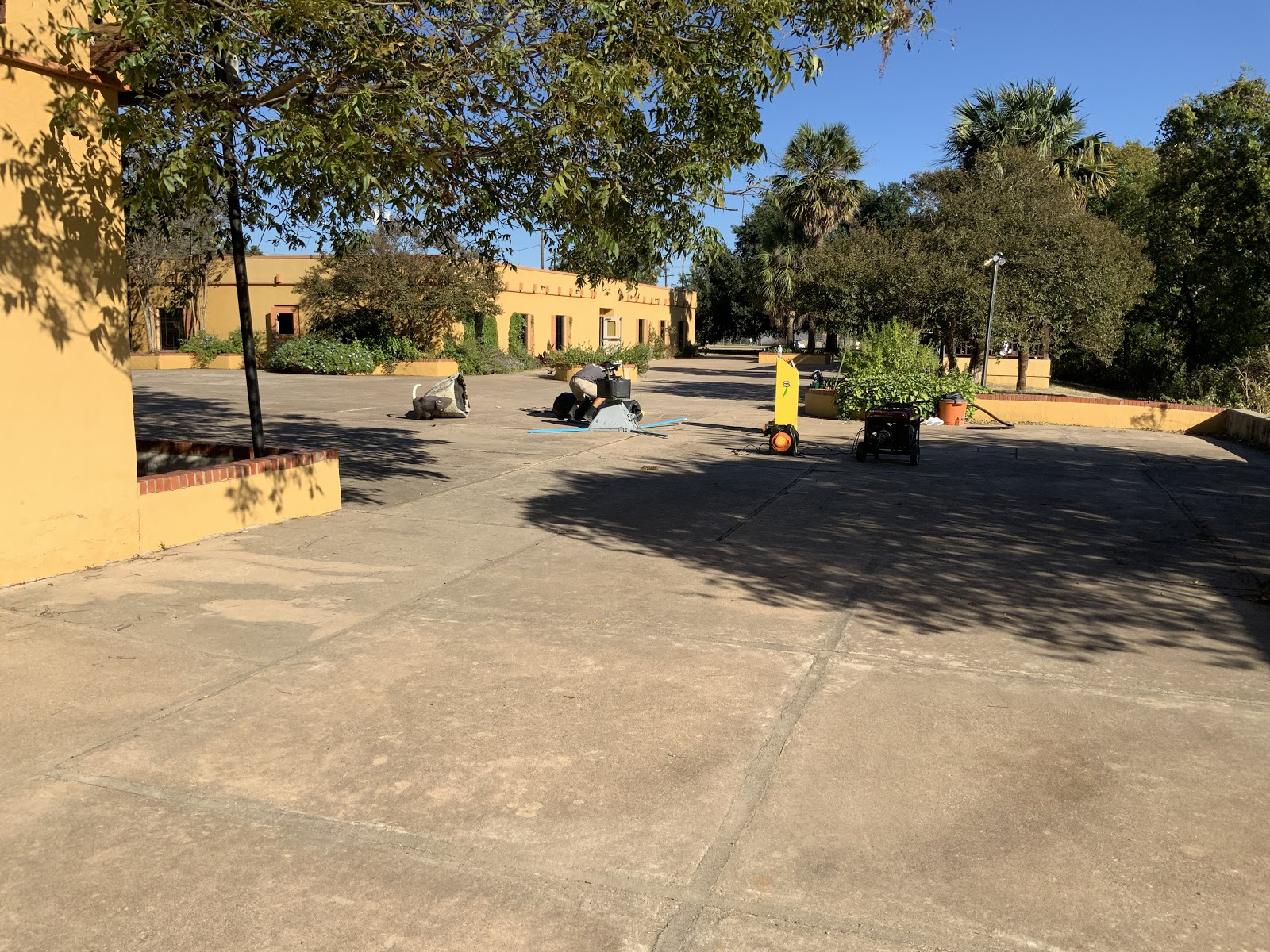 Aqua Fest, which started in 1962 and lasted all the way until 1998, was started by the Austin Chamber of Commerce to promote business along the shoreline of the then newly created Lady Bird Lake (then known as Town Lake). The original location of Aqua Fest was Festival Beach. It was a popular ten day festival that featured exciting activities such as water sports, beauty pageants, nightly themes, and much more. Aqua Fest was also a celebrity magnet because it attracted celebrities such as Dolly Parton due to its music events and Adam West due to hosting the premier of the original "Batman" movie in the 1966.

Due to the festival hosting so many events and being so unique to Austin at the time, large numbers of people attended Aqua Fest. In 1968, around 150,000 people packed into the area to watch a night parade. Large crowds like these, while benefiting the local economy, were controversial due to the fact that parking and traffic became severely worsened in the area and the boat races caused a lot of noise. Eventually, protests due to the continued growth of the event led to a location change in 1980 from Festival Beach to Auditorium Shores. As time moved on, ticket prices went up and crowds thinned out. After losing hundreds of thousands of dollars, Aqua Fest finally folded in 1998.

Aqua Fest was controversial due to the fact that it was a very popular event that brought thousands of people to the shores of Lady Bird Lake. With all these people, that meant that they must find somewhere to park. People living in the surrounding neighborhoods were becoming frustrated with the commotion surrounding the event. They experienced people parking in their neighborhood causing traffic and blocking driveways. They also were not happy with the aftermath of Aqua Fest: the trash. Thousands of people meant a lot of trash to pick up. Aqua Fest's origin in 1962 coincided with a time period in which people were beginning to realize they had the power to ask for change in their communities; this could be by voting, but for Aqua Fest this took the form of public protests.

Protests began in 1972. This time period could be seen as a turning point for the Hispanic community, because they actually began to speak up for what they believed in. At the center of the controversy was an annual series of dragboat races held by the Austin Boat Club. These races consisted of 4-5 big boats, racing from one of the river to the other. They went very fast so it only took about 7-9 seconds. However, they didn't just go one round there were multiple heats of boats that raced. The boat races attracted thousands of people since this was a brand new, fascinating sport. With all the spectators coming into East Austin, this meant tickets to get into the festival went up in price. This also meant that all the celebrating led to trash everywhere, drunk people causing commotions, and a complete lack of peace. Not only was the trash of the festival polluting the environment, but the boats themselves required fuel that would pollute the river's water. These boat races were also right across from community homes, so the loud boat engines were able to be heard by near by homes.

All these detrimental effects of Aqua Fest angered members of the community, so they decided to protest. Most of the protests were led by the Brown Berets. The Brown Berets were a social justice organization in the Chicano Civil Rights Movements. With the help of local priests, Paul Hernandez led the Brown Brown Berets to protest in favor of the Hispanic Community of East Austin. The purpose of these protests was to bring some peace and to put an end to the continuous damage caused by Aqua Fest. In 1977, a group of Hispanic youths pelted a truck with rocks as it left the event. The following year, Austin police used excessive force to break up a protest. Two years later, the city moved the the Festival over west of IH-35 to Auditorium Shores.

Some of Aqua Fests' roots are still embedded into the Austin culture. This can be seen through recognized music festival, ACL.