One of the most famous golf courses in the United States, Inverness Club was founded on February 23rd, 1903 by six Toledo citizens. The group was led by S.P Jermain, a famed figure in the early American golfing community. The first course consisted of only nine holes until 1919, when Donald Ross designed the championship course in preparation for the 1920 U.S Open. The course has undergone many changes, the biggest coming in 1979 when George and Tom Fazio altered the course originally laid out by Ross. In 2017 the club hired Andrew Green to return the course to Ross's original route and design. Since its creation, the Inverness Club has hosted four U.S Opens and two PGA Championships.

The Inverness Clubhouse and course as it stands today. 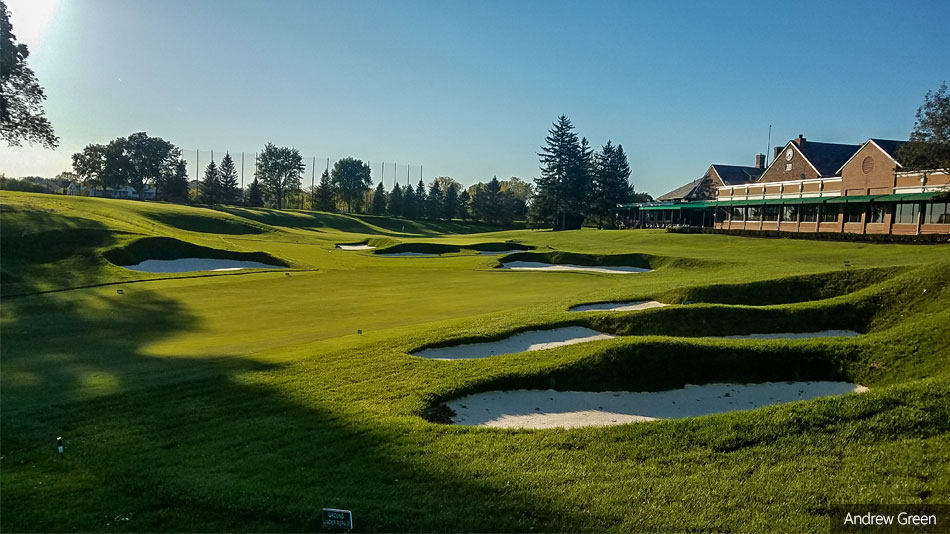 The Inverness Club during the 1920 U.S Open 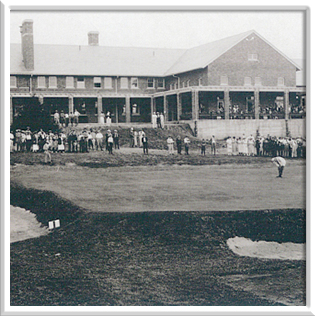 The Inverness Club opened on February 23rd, 1903. The Inverness Club purchased the land which had previously served as a farm in 1903 from the Barty, Searless, and Adams families. The club opened its first 9-hole golf course in 1903 and opened a second 9-hole course in 1907. The club then purchased 40 additional acres in 1917 in preparation for a new course and hosting the U.S. Open in 1920. In 1965-66, 85 more acres of land were purchased for the club.

The property contains multiple buildings, however the three main buildings are the Clubhouse, a Pro-Shop and the Managers Residence. The main Clubhouse was constructed in 1919 by the Devore Company, a construction firm from Toledo. The property also features many smaller amenities, such as a swimming pool and pool house, which were constructed in 1962. Tennis Courts were also added, being constructed in 1988.

The layout of the courses has undergone many changes since the club was first constructed. Famed course architect Donald Ross designed the original layout. This core design was lightly altered by those such as A. W. Tillinghast, who added yardage to the course and revised the greens. In 1950 more minor alterations were made when Dick Wilson changed the layout of the bunkers while also adding yardage. The significant change to Ross’s original layout came in 1979. George and Tom Fazio were commissioned in the lead up to the 1979 U.S open to reduce the slope on the 17th green. In their attempt to also reduce spectator congestion, the pair added four new holes and were the first to change the route laid out by Ross in 1919. In 2017 the club, wanting to return to its roots, commissioned Andrew Green to redesign the course. Green added new hole and re-positioned the bunkers to give the course the Ross style that it had lost.

The Inverness Club was founded by 6 Toledo citizens led by S.P Jermain. Jermain was notable in the golf world for many reasons. He was the designer of the Ottawa Park Golf Course, which was the oldest public golf course west of New York City. Jermain also was instrumental in the Ryder Cup format of golf, which is a team-based golfing tournament. The Inverness Club has hosted many golfing tournaments since its inception. In 1919 the club hosted the Ohio Open tournament. In 1920 the club then hosted the U.S Open; this was only the second national tournament to be held in Ohio at the time. The club hosted four other U.S Opens since the 1920 tournament. The club has also hosted 2 PGA Championships, one in 1986 and another in 1993. The club continues this legacy of holding world-class tournaments as it will be hosting the Solheim Cup in 2021.