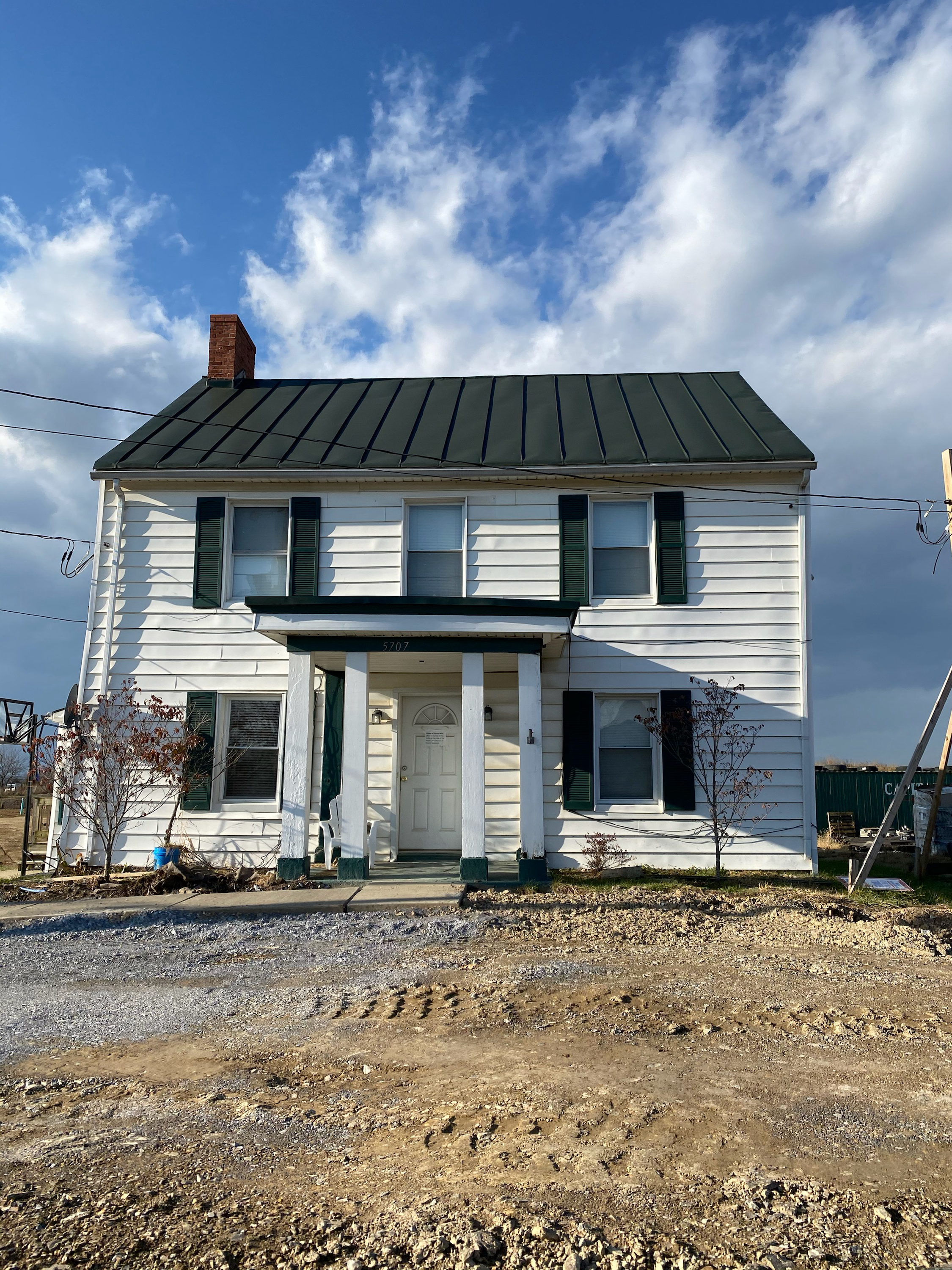 Usually, this marker is across the street from the house 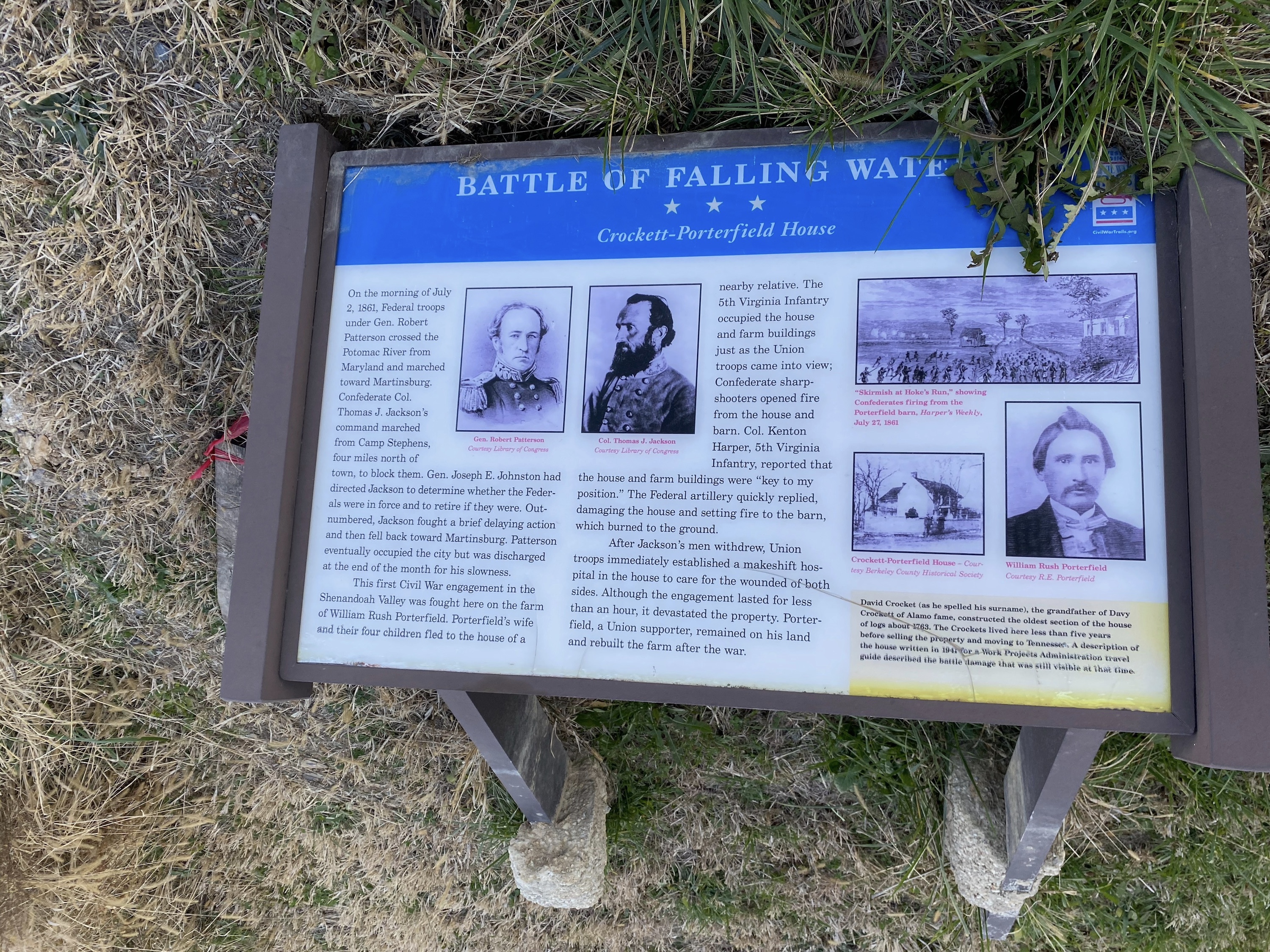 Crockett is so famous, Disney has a movie and resort dedicated to him 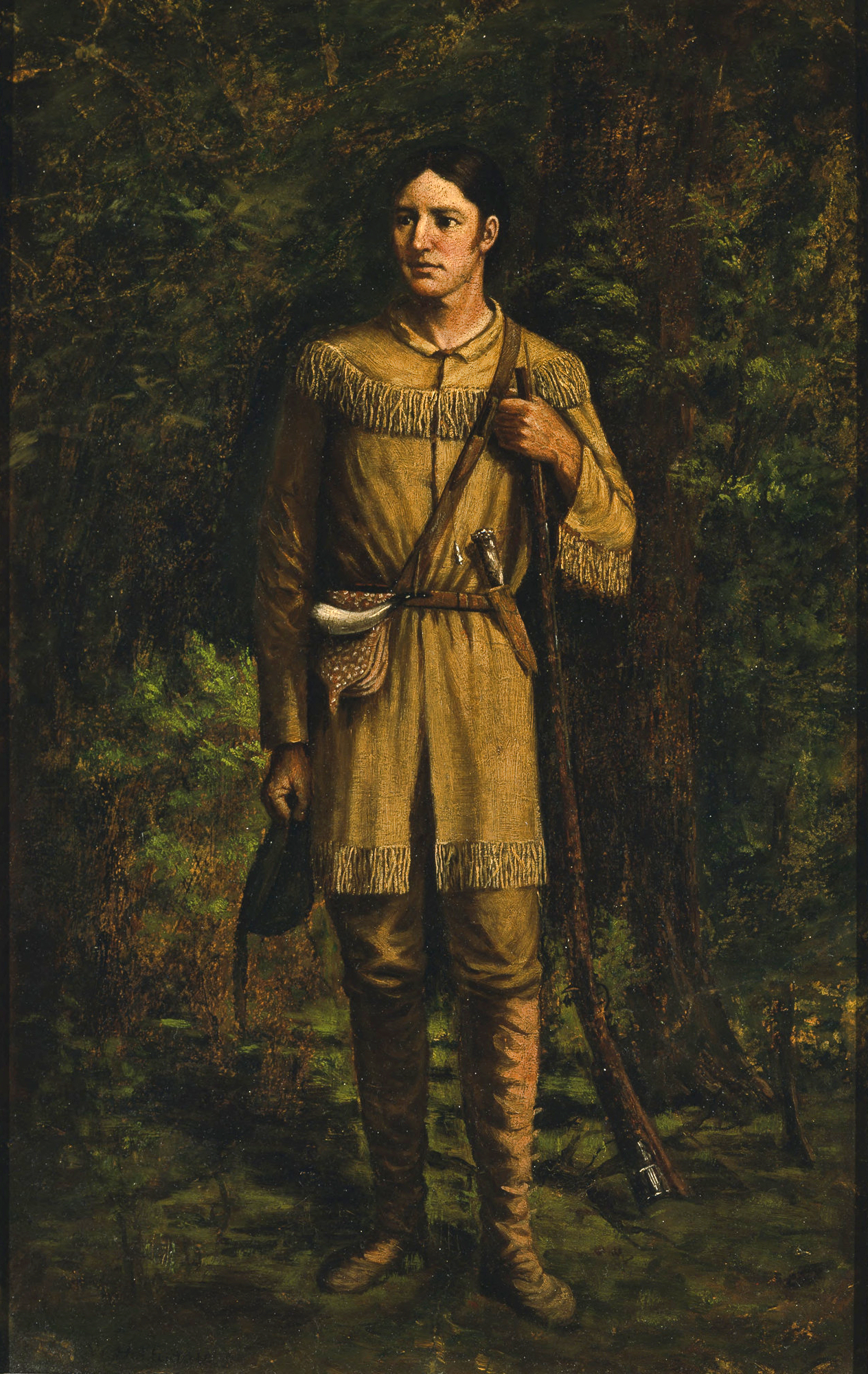 In 1763, this house was built by David Crocket. David Crocket is the grandfather of wild west figure, Davy Crockett. Davy Crockett is said to be one of the "best-known folk heroes of America." He fought in the Texas Revolution and was part of the U.S. House of Representatives for Tennessee. He was known to oppose much of what Andrew Jackson, the president at the time, created. In his lifetime and continued into today, many songs and plays have been created about him.

This battle took place on the farm of William Rush Porterfield. This was the first fighting engagement in the Shenandoah Valley. Porterfield was a Union supporter. Colonel Thomas J. "Stonewall" Jackson was leading the Confederates, while General Robert Patterson commanded the Union. As the battle began, the wife and children of William Porterfield fled to a nearby house of a friend.

Just as the Union troops were arriving, the Confederate's Fifth Virginia Infantry occupied the Porterfield house and farm buildings. From there, the Confederate sharp shooters began to fire. The Federal artillery quickly returned the destruction. They burned the barn to the ground and impaired the house. Jackson's men withdrew, so the battle ended up lasting less than an hour.

Once the Confederates withdrew, the Union troops created a makeshift hospital out of the house. The used this to tend to the wounded on both sides. The battle had unfortunately greatly damaged the Porterfield property. After the war, William Porterfield remained on his land. He then restored his property.

Currently, the Crockett-Porterfield house is owned by a construction developer. As of right now, he intends to save the house. The Falling Waters Battlefield Association is trying to preserve the site.