Effingham Manor is the heart of a former plantation that has recently become a winery of the same name. The main house was built around 1767 by William Alexander, a great-grandson of the namesake of the town of Alexandria, John Alexander. He and his wife spent the rest of their lives on the plantation and raised 16 children (only two were twins!). The Alexanders or relatives of the family owned the plantation until the 1920s. The house was studied in the 1930s and the 1950s, and was included in a 1971 book on old Virginia homes. Several outbuildings survive from antebellum times, including one of three former slave quarters, blacksmith shop, and smokehouse, on the remaining 16 acres surrounding the "Big House."

Photograph of front of Effingham Manor in 1959 from HABS documentation 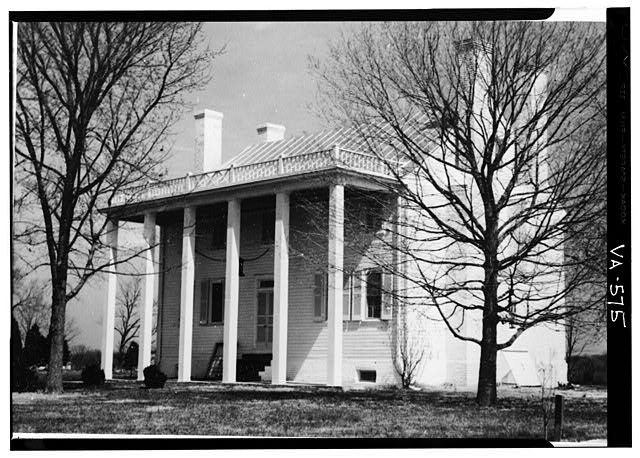 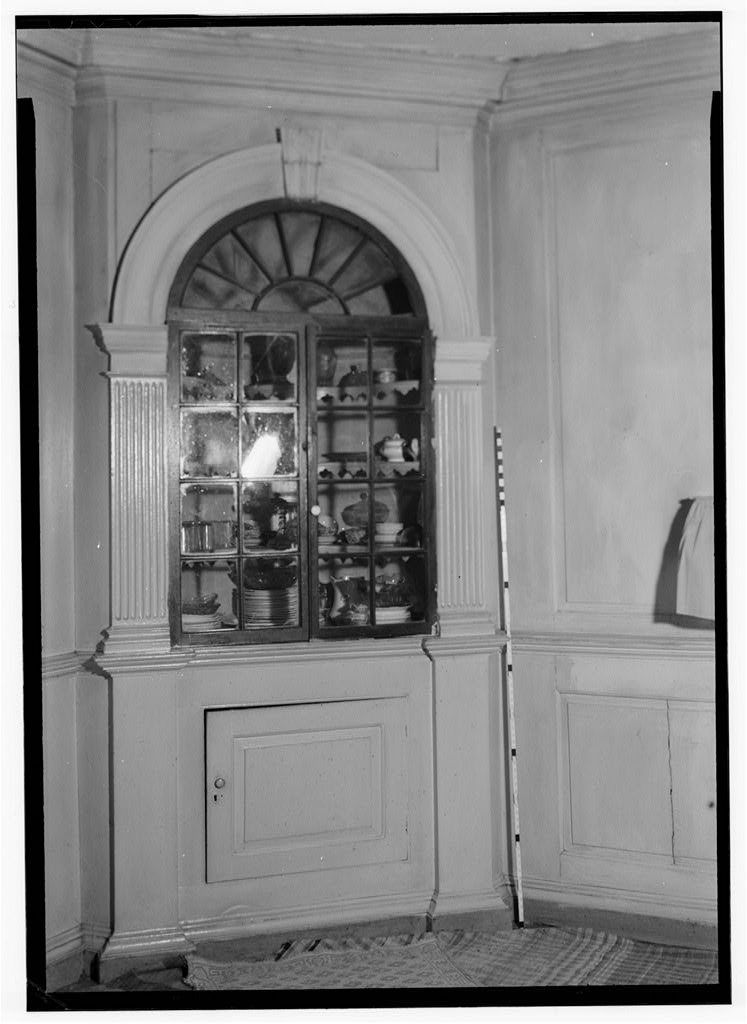 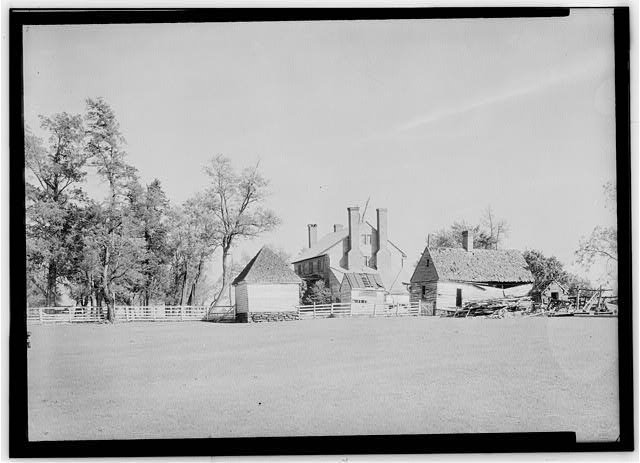 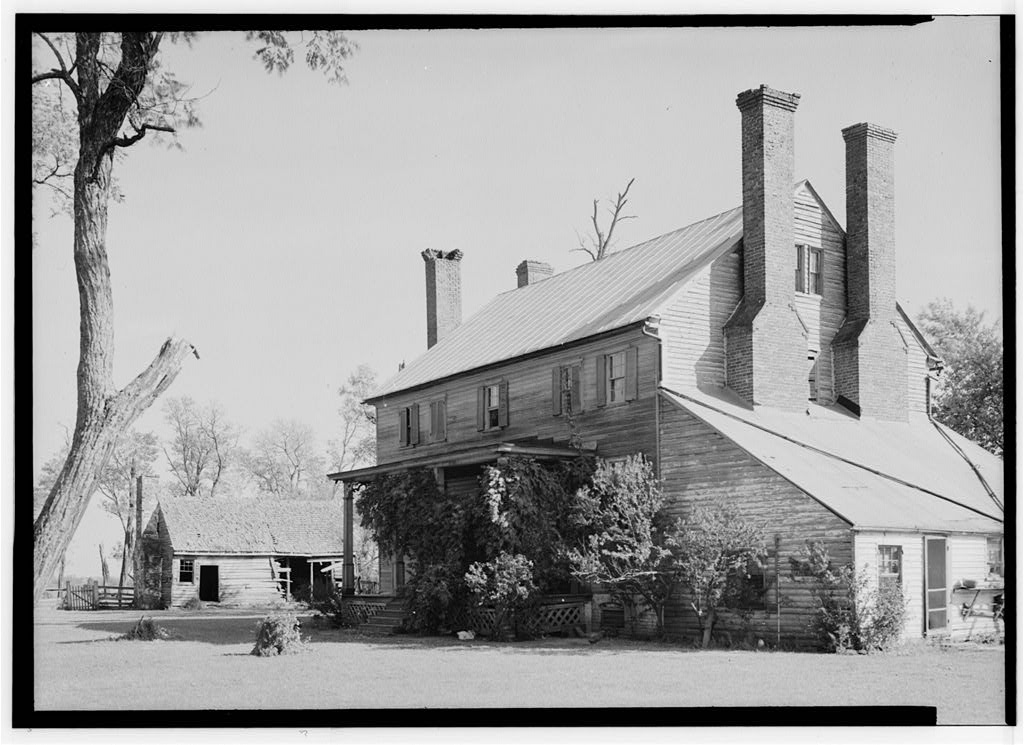 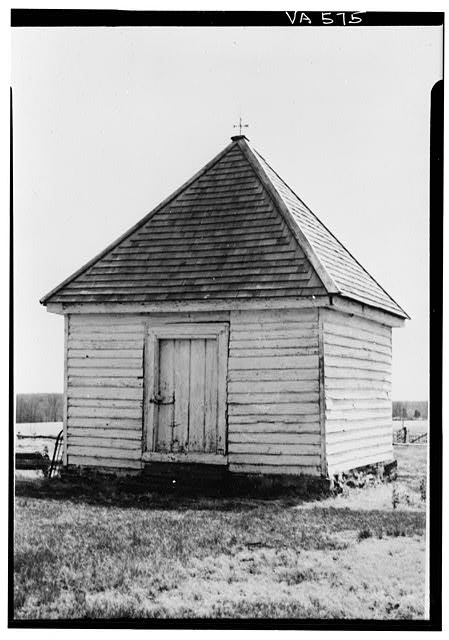 Effingham Manor is the heart of a former plantation that has recently become a winery of the same name. Although the address is Nokesville, the closest historic settlement is called Aden. The main house was built around 1767 by William Alexander, a great-grandson of the namesake of the town of Alexandria, John Alexander. William Alexander (1744-1814) married Sigismunda Mary Massey in 1765. The couple lived on the plantation for the rest of their lives and raised 16 children on the property! The house passed through several other owners up to the 1920s, including John Love and James Howison (1804-1874), but all were related to the Alexander's.

Effingham Manor is a 2-1/2-story clapboard structure with a gable roof and two exterior twin chimneys at each end. Massive wooden beams, hand hewn and 16 inches square, support the framework of the mansion. The house had fallen into disrepair but was renovated in the 1930s. The property's history was researched in 1937 by the Works Progress Administration (WPA). Wood paneling from an interior room of the mansion was removed and sold to the DuPont family of New York City in the 1930s, reportedly for $1,000. Metal hardware still seen attached to some of the property's trees in 1937 was rumored to date from the Civil War, when Union cavalry camped upon the plantation's grounds and fastened their horses to the trees.

Effingham Manor was restored once again in the mid-1950's. The manor house was documented by the Historic American Buildings Survey (HABS) in 1959, when the property was the country home of Dr. O. Anderson Engh and cattle once again grazed on the estate. Additional wooden paneling was discovered in the attic and was used to re-panel the parlor. The Engh's added other period details and furnishings to the home's interiors, and added an in-ground swimming pool and guest house to the grounds. They restored the terraced and sunken gardens near the mansion, an unusual landscape feature for its original era and one of the earliest known in Virignia. The home's interior and exterior were featured in a book on old Virginia homes (Farrar and Hines 1971, see link below for scan of pages from the county library's historical department).

Several outbuildings survive from antebellum times, including one of three former slave quarters, blacksmith shop, and smokehouse, on the remaining 16 acres surrounding the "Big House." The Engh's rebuilt the blacksmith shop from stone rubble of the original walls after the roof and walls collapsed. After a modern owner declared bankruptcy during renovations, and the local community attempted to stop a winery from being established on the property, Effingham Manor Winery was finally okayed. The new owner has been associated with many local wineries and planted grapes on Effingham in 2015. The winery opened in 2017. While the wine is not yet made from grapes located on the property, the winery has two local "sister" wineries, Pearmund Cellars and Vint Hill Craft Winery. If you plan on visiting Effingham Manor Winery, you are requested to leave children under 21 and pets at home. Wine tastings are offered on the property, and the facilities, including the terraced garden, are available for event rentals.