The Museum of Deaf History, Arts, and Culture is the only public museum in the US dedicated to the experience of being Deaf and telling the story of Deaf history. It began as a small collection of William J. Marra, a teacher at the Kansas School for the Deaf. The collection was first housed in the basement of a hall at the school, and eventually grew large enough to move into its own facility across the street. The William J. Marra Museum was located inside the Deaf Culture Center, which opened in 2005. The building has since been renamed the Museum of Deaf History, Arts, and Culture.

The Museum of Deaf History, Arts, and Culture 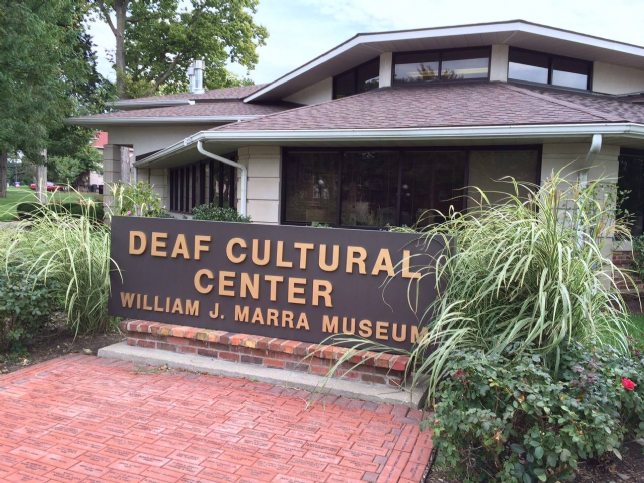 William J. Marra, who began collecting while a teacher at KSD 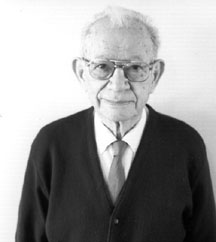 The groundbreaking for the new building was in 1995 Interviews with the Deaf community Visitors can learn more about the history of American Sign Language The Kansas School for the Deaf dates back to 1861. It was founded by Philip A. Emery, a Deaf teacher who had recently moved to Kansas Territory from Indiana. The school started in a small rented cabin in Baldwin City, briefly moved to Topeka, and finally opened in Olathe in 1866, with 18 students. By 1893, enrollment was over 200. [1]

One of the school’s students, William J. Marra, had lost his hearing from spinal meningitis when he was five years old. He struggled to learn at schools for the hearing until he was admitted to the Kansas School for the Deaf in 1925. He graduated and went on to attend Gallaudet University in Washington, DC. Marra taught at the Kansas School for the Deaf for 38 years. [2] He began a collection of memorabilia from the school and other aspects of Deaf culture. Marra described the beginnings of his collection in an interview in the mid-1980s:

I decided to establish the museum here because I saw how the school was very careless in preserving the older records, pictures and oil paintings. They weren't taking care of what they had. One time, I saw them throwing a picture and some paper in the fire; I couldn't believe it. I saved them and I've been preserving these historical artifacts for 40 years. [2]

Marra’s collection was first held in the basement of the school’s Robert Hall. [1] He continued to work with the collection even after his retirement in 1976. The collection eventually grew to be the base of the William J. Marra Museum, which was dedicated on September 20, 1986. [3]

It became apparent through the success of the museum and an increase in the number of curious outside visitors that the school needed to expand into a larger facility dedicated to educating the public about issues in the Deaf community. [4] The Deaf Cultural Center opened in a new building across the street from the school in 2005, with the William J. Marra Museum of Deaf History and Deaf Culture located inside. The name of the facility was later changed to the Museum of Deaf History, Arts, and Culture, and it is a separate entity from the Kansas School for the Deaf.

Today, the museum offers a space “to educate the general public about the often overlooked, ignored and oppressed heritage and diversity of the rich and vibrant culturo-linguistic Deaf community and to share its truths and contributions to society.” [4] Exhibits showcase the history of Deaf culture and American Sign Language, as well as spotlights on famous members of the Deaf community such as Olathe’s own famous Major League baseball pitcher Luther Taylor. The center also has an art gallery and runs community outreach programs which include beginner’s American Sign Language classes, Girl and Boy Scout projects, a lecture series, visual arts classes, and performing arts performances. Finally, the museum hosts in annual Deaf Cultural Day in conjunction with the Nelson-Atkins Museum of Art. [4]

Begin at the Martin Van Buren Parker House, across W. Park Street from Calamity Line Park (location where a railroad was built in 1872) and saunter east along W. Park Street to peek at other Victorian mansions, a sculpture dedicated to children, and a museum of deaf culture. Final stop is a detour south a few blocks to another Victorian mansion on the old Ott family mill tract.