The Ogle Harris Store used to be located in the building at 204 Washington Street in the historic town of Occoquan. The structure was built about 1900. Ogle Harris was the son of a formerly enslaved man. He made homemade ice cream in a former kitchen in the rear yard (since destroyed) of the store and ran a general store in the main structure. The store plus a job at the wharf took up too much of his time and he began to buy ready-made ice cream. The general store was known for its meats and local produce and was operated by Harris or one of his descendants until 1974. The corner building - now housing a yarn store on the ground floor - is one of many contributing buildings in the Occoquan Historic District, listed in the National Register in 1983. 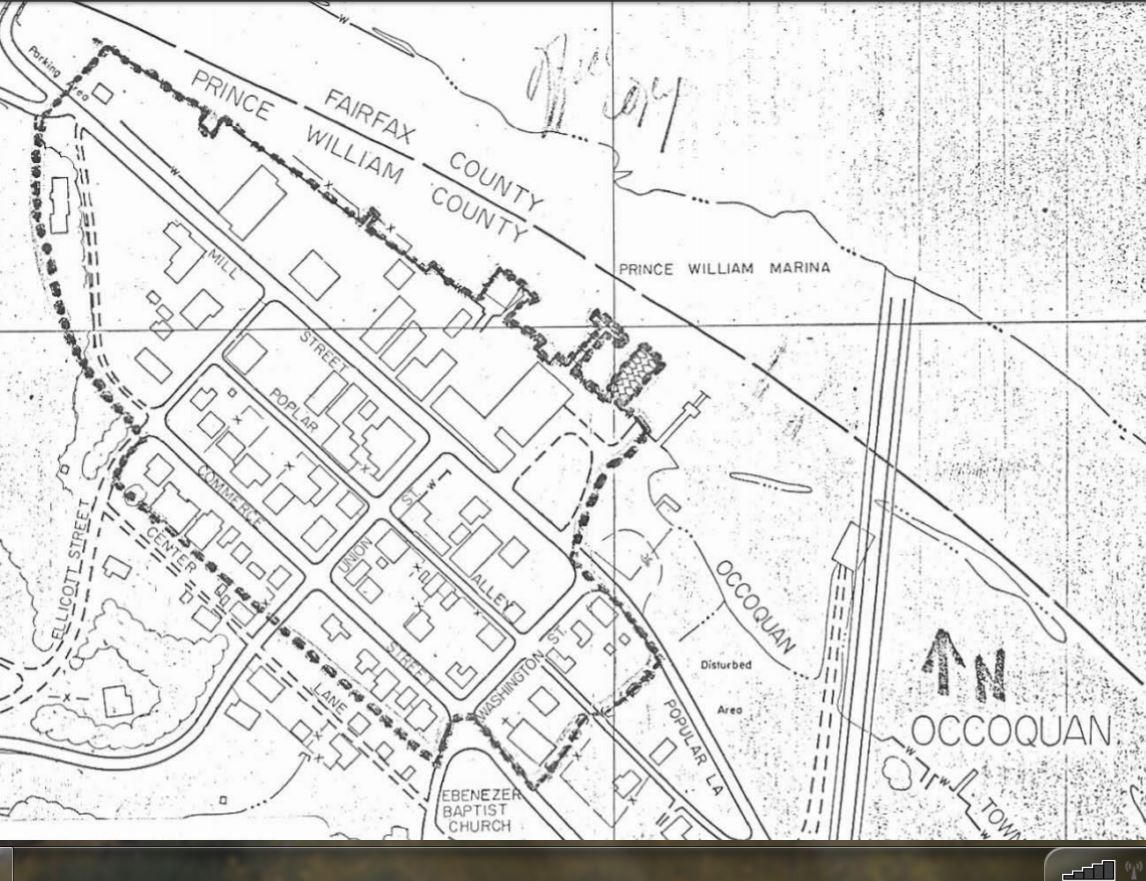 Harris' Grocery Store once occupied the structure at 204 Washington Street, built around 1900. Ogle Harris and Sons was another name for the business. Ogle Harris was the son of enslaved persons and lived in historic Occoquan in a house up the street from the store building. He began making handcrafted ice cream in a freestanding former kitchen structure in the rear of the store building around 1910, with cream sourced from a local farm, and stored the ice cream in a 10-quart freezer. On the weekends, people would visit to buy ice cream or eat it there; a descendant of Mr. Harris remembers it was not uncommon for the store to go through 25 gallons of ice cream on a hot weekend.

Once Mr. Harris opened the general store, he no longer had time to hand-churn ice cream, and began buying ready-made product from Sealtest. Mr. In the early days of the store, Mr. Harris also had a job working at the wharf nearby on Mill Street, so his wife and a son, Arthur, ran the store. Local farmers would bring bushel baskets full of produce to the store where they would be displayed on a bench out front. The shop was especially noted for meats; Harris would buy a side of lamb or beef and butcher it himself.

Local and regional customers of both African-American and White races were frequent customers of Harris' Grocery Store. Ogle Harris ran the store for 35 years; he died in 1949. He and his wife had eight children, all born in the home on a corner near the store, next door to the house where Ogle had been born. After Ogle's death, Arthur Harris took over running the store alone. Arthur was an avid fisherman and incorporated bait for fellow fisherman into the store offerings; night crawlers were packaged into cartons left over from the ice cream days, found in the attic. Arthur's widow, Doris, was the next to operate the shop. In the early 1970's, Raymond Harris began running the store after retiring from a federal government job, catering mainly to weekend fishermen. He took the store into 1974, the last year the store on the corner of Washington Street and Poplar Alley was run by a Harris.

The structure is part of the Occoquan Historic District, listed on the National Register in 1983, and one of 60 structures contributing to the district. There's a photograph of the interior of the store from 1920 on the back of the historical marker on Washington Street. Another historical photo of Ogle Harris and his son, Arthur inside of the store was displayed as part of an outdoor art project on Occoquan history by the Occoquan River Communities in 2015. Descendants of Ogle Harris still reside in Occoquan.

Ogle Harris' Store can be found in the walking tour of historic Occoquan by LaVerne Carson (a link to the 2014 walking tour brochure is included below). The building has been covered in modern siding and now houses a yarn shop on the ground floor.