The C. A & C. Railroad Depot was constructed in 1907. The depot features a rough cut stand-stone base. Above the base was a smooth-faced with a warm gray color. While the depot was initially constructed by the C. A & C. Railroad Company, however, it was later bought by the Pennsylvania Railroad Company. The line which was connected to the depot suffered a tragedy in 1949, due to the Pennsylvania Railroad Company switching from steam to diesel power. This resulted in a 17 car train derailment, destroying 50 yards of railroad track. The depot is now used as the welcome center for the Ariel Foundation Park, as well as hosting the displays of the Kokosing Valley Central Railroad club. 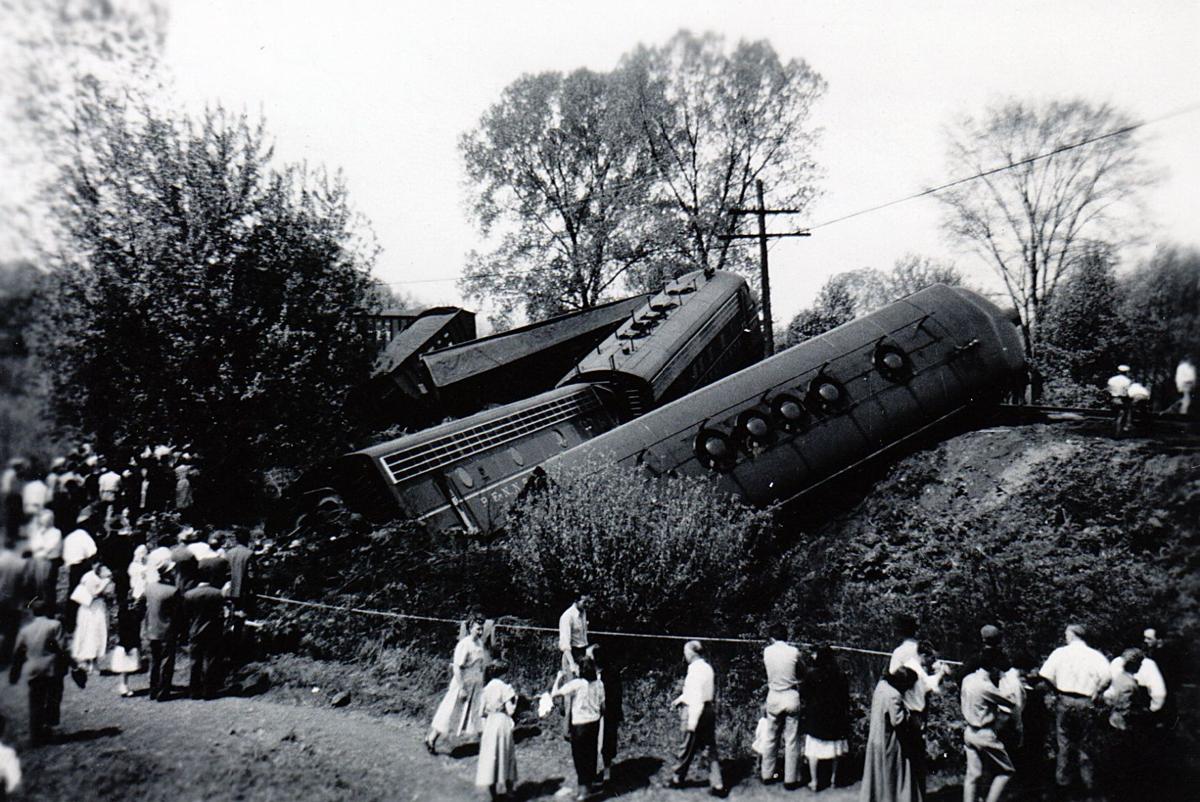 A postcard featuring the depot 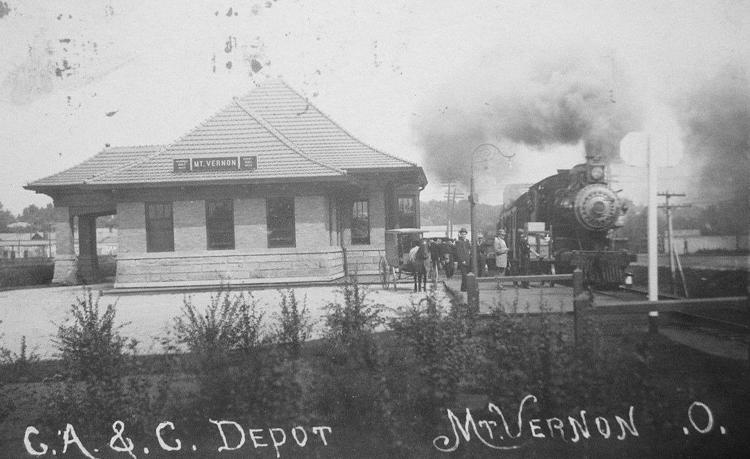 The train depot as it stands today, 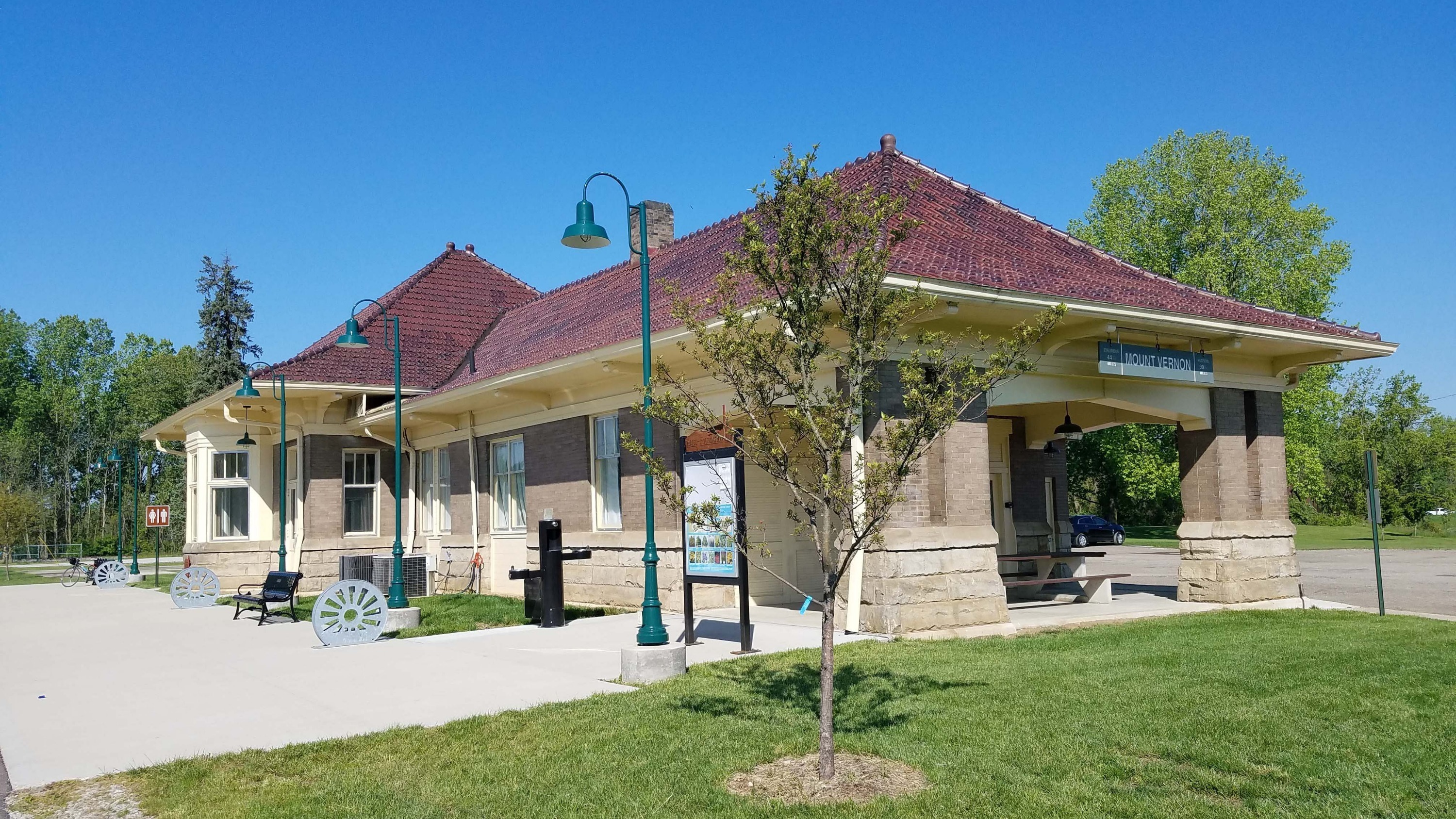 The C A & C. railroad depot stands for Columbus, Akron, and Cleveland. This railroad depot was constructed in 1907. The original purpose of the depot was to service passenger and freight trains; the building was also home to the Mount Vernon telegraph office. C A & C. Railroad Company initially owned the historic train depot, however, the depot was later purchased by the Pennsylvania Railroad Company. The line saw many historic moments in Mount Vernon history, during the whistle-stop campaigning tour of Franklin Delano Roosevelt, his train came through the station on its way to Columbus. In 1936 Republican Presidential Candidate Alf Landon gave a speech to 3,000 Mount Vernon citizens from the depot.

In 1949 tragedy struck on the line connected to the depot. In May of 1949, the Pennsylvania Railroad Company changed its trains from steam power to diesel power. Soon after this switch, a 17 train-car derailment happened west of South Main Street in Mount Vernon. This derailment caused over 50 yards of train track to be destroyed. The accident stopped all traffic on the line until the wreck could be cleared.

The exterior of the building is constructed using a rough cut stand-stone base. Above the base was a smooth-faced with a warm gray color. The roof was constructed with a wood base, topped with red glazed tile. The building has been used for many various purposes since its construction. While it was originally used as a train depot, it is now the welcome center for the Ariel Foundation Park, as well as hosting the displays of the Kokosing Valley Central Railroad club.