This late 18th-century structure is one of only two buildings remaining from the era when the town of Colchester was a thriving port. The nearly forgotten town took advantage of the Occoquan River location until the port silted up. Also known as the Fairfax Arms Tavern, the Colchester Inn may have been constructed around 1753 and was last used as an "ordinary" in 1800. A visitor in the 1790s praised the hospitality and comfort of the tavern with its spacious rooms and Madeira on ice. Since 1800, the frame building on a stone foundation with twin entrances has served as a private home. The structure was listed on the Virginia Landmark and National Registers in the 1970s and continues to serve as a private home. 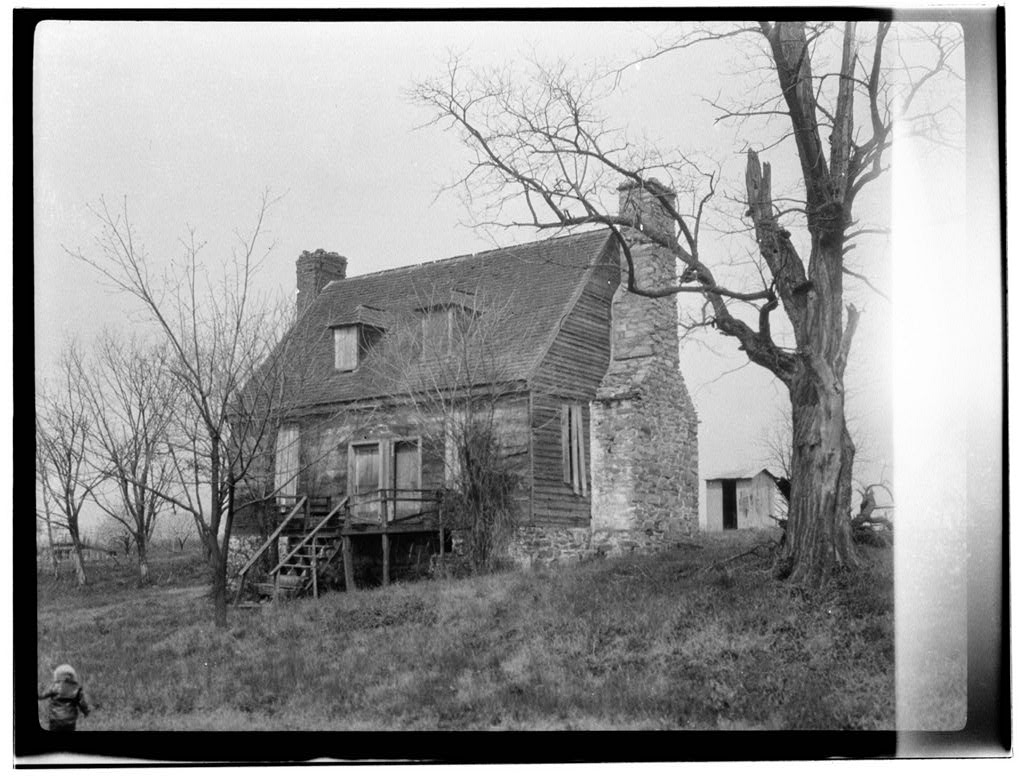 HABS photograph of Colchester Inn in 1959 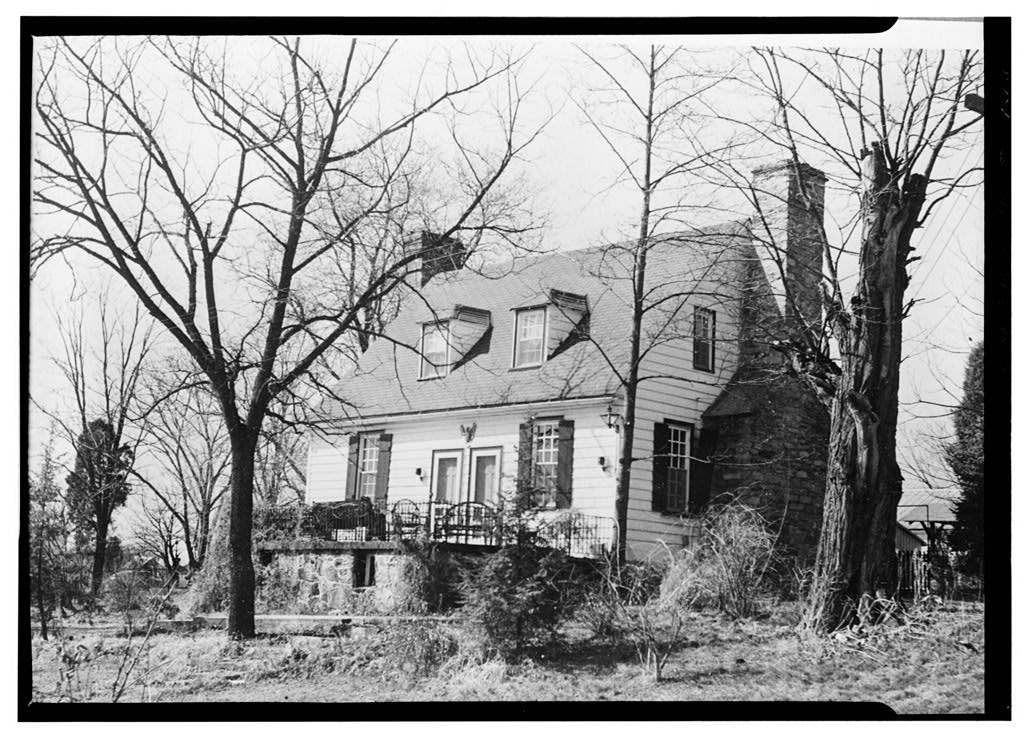 Modern photograph of Colchester Inn circa 2012 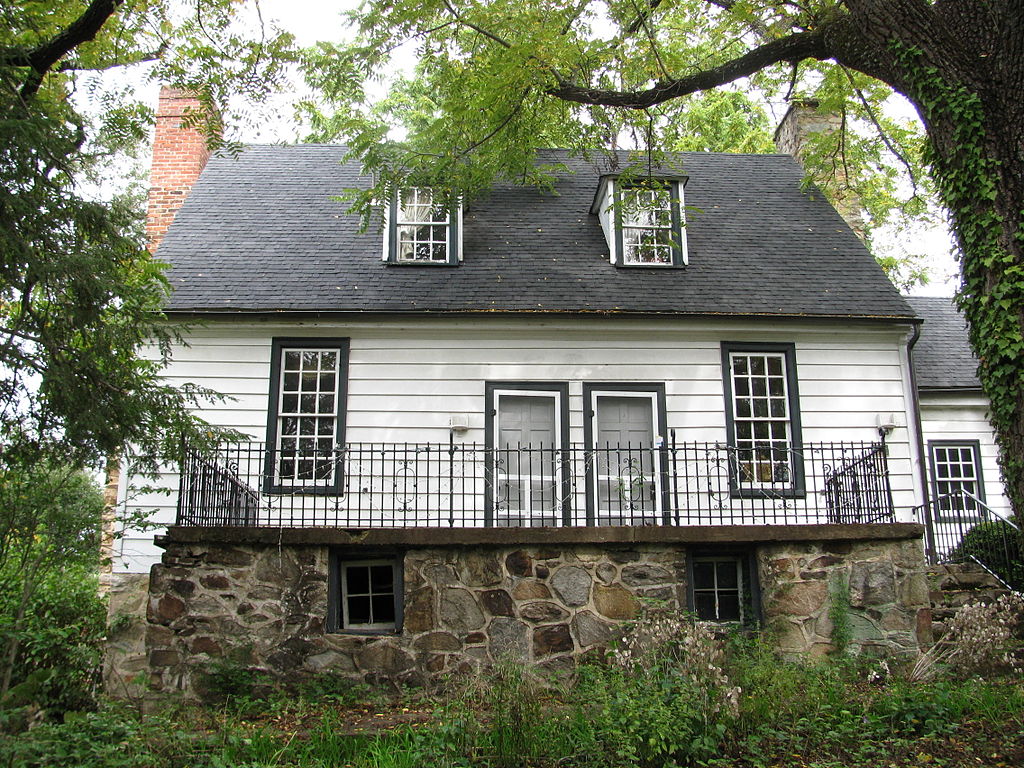 The Colchester Inn, also known as the Fairfax Arms Tavern, may have been built around 1753, when the new town of Colchester was being laid out in 41 lots plus a market square. In 1763, the owner of the lot, William Linton, was fined for operating a tavern without a license; this seems to be the first evidence of a structure on the lot. An advertisement in 1767 for sale of the lot mentioned the presence of a house that would serve well as a tavern/ ordinary. A tavern was kept here by William Thompson from 1779 until he died in 1800 shortly after mortgaging the property; since he was the town postmaster, the tavern likely doubled as the local post office. After Thompson's death, the home reverted to a private residence. Thompson's widow was still trying to sell the property in 1802, when it was occupied by a Dr. Blake. The tract was finally sold in 1811 to Peter Wagener; and then again in 1835 to Thomas Baird. The home's value in 1835, $230, was one of the most valuable properties in Colchester.

The Colchester Inn is located near Old Colchester Road. Colchester was a thriving seaport on the Occoquan River in the eighteenth century, especially for tobacco exporting. The town fell into hard times by the 1790s after a fire destroyed many of its buildings and the harbor silted up. The merchant ships headed up the Potomac River to another town, Alexandria, which became one of the busiest seaport of its time. Colchester has essentially disappeared over time, and the Colchester Inn is one of only two buildings left from the town's heyday.

The Colchester Inn is constructed in a simple vernacular style in a rectangular plan of only 25 by 32 feet. The building is wood frame, 1-1/2 stories, with twin entrances. The gable roof has twin hipped dormers on each face. Alas, the two chimneys are not twins though they may have once been - the west one is built of stone and the other begins as stone and tops out as brick. The house is on a sloping lot so the stone foundation is taller on the downslope side. Owners in the late 1930s removed a wooden stoop entrance on one side and replaced it with a poured concrete porch along the length of the house. A vestibule has been added to the rear door, as well as an asphalt shingle roof, gutters and downspouts.

An Englishman named John Davis was living across the river in the town of Occoquan while tutoring the Ellicott children. Davis wrote a book about his travels in America from 1798 to 1802, and mentioned enjoying being treated royally while enjoying this tavern's food and drink. Davis raved about the building's luxurious carpeting, large mirrors, and ice-chilled Madeira.

The building was documented in 1937 and 1959 by the Historic American Buildings Survey (HABS). The house served as a summer home for the 1959 owners, the Robert V. Duncan family from Alexandria.

The Colchester Inn was listed as a Virginia Landmark in 1973, when it already was over 200 years old! Six years later, the building was added to the National Register of Historic Places, when it again was owned by a Thompson family. The building is significant for the eighteenth century in the areas of architecture, commerce, communications, and transportation. The building is privately owned and has not been sold since 1976.