Hickory Elementary School is located in the heart of Bel Air, MD. It was first founded as a elementary school in 1922 and was named the Central Consolidated School before 1950. During the Civil Rights movement, the name was changed to Hickory Elementary and the school was no longer segregated due to the immense perseverance of the people of the United States wanting equality among all races. 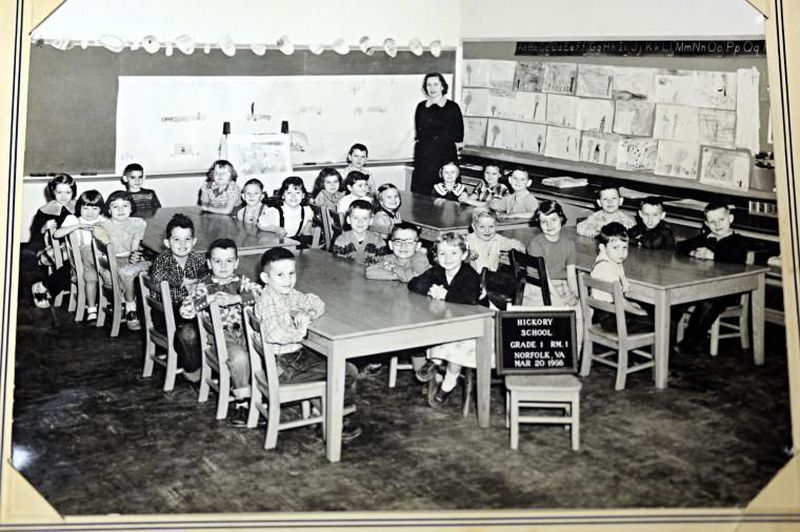 Current Picture of Hickory Elementary with our group member Adam 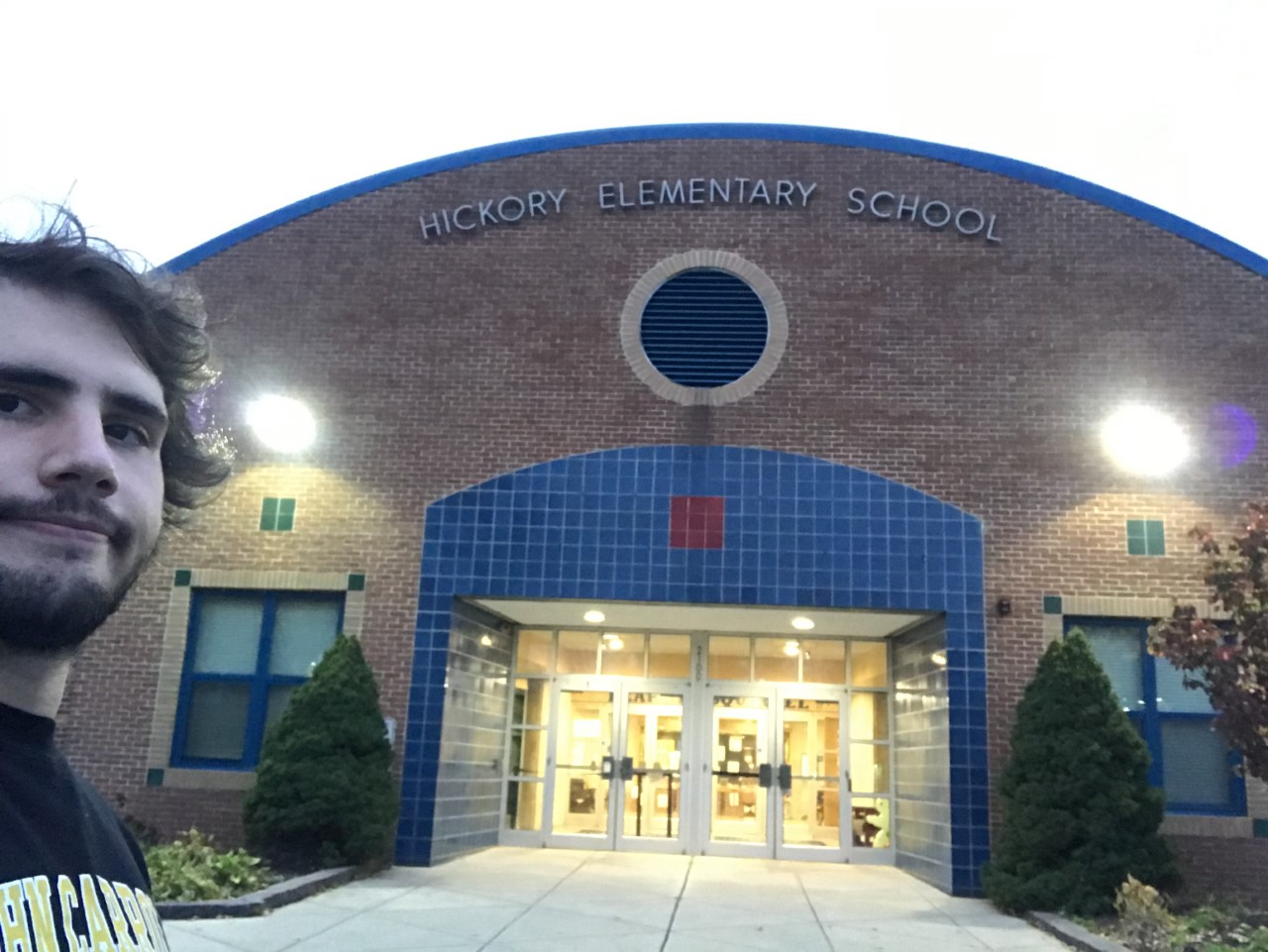 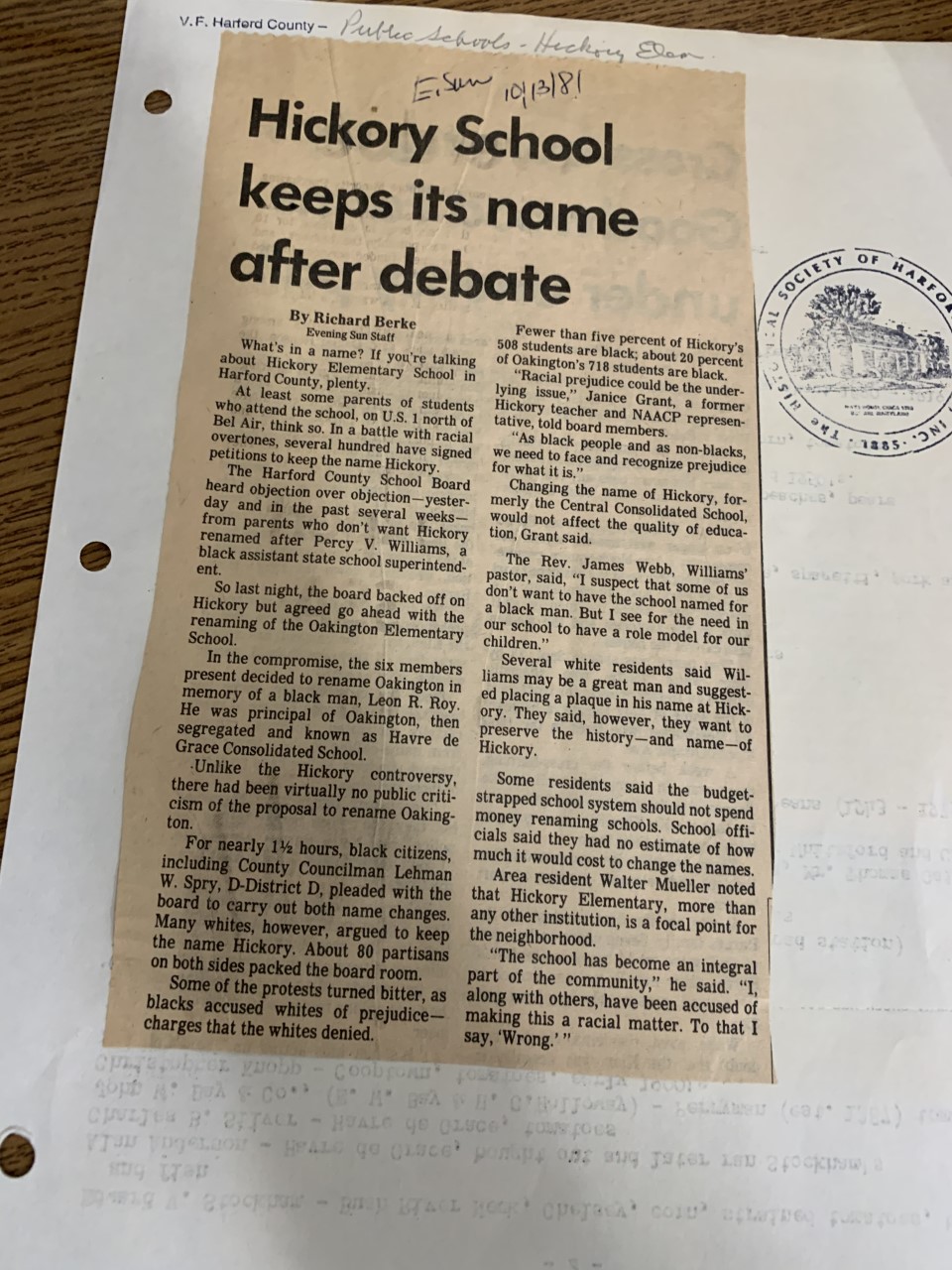 Until around 1968 when Congress passed the civil rights legislation, almost all schools in the United States were segregated. This was the usual standard for most places, not just schools. The segregated places included (but not limited to) bathrooms, hotels, bars, restaurants, libraries, and cinemas. Some places Blacks were not even permitted at certain locations. This separation of colored people was legal and not fought against until the Civil Rights movement began in 1954 which did not end until 1968.

Historians have traced Hickory Elementary as far back as 1801, which was then called the Hickory Ground School. On April 22, 1922, the Butts Road and Pleasant Grove school boards purchased 3.28 acres where Hickory Elementary is located today for $500. Back then, Norfolk County was the area where we know now has Bel Air; was much more rural than it is now. From grades 1 to 11, children and teenagers attended the school as it opened. Annual enrollment during the next 25 years averaged about 200, with fewer than 20 students graduating each year, according to a 1989 story from The Pilot. In 1939, a cafeteria was installed and the school gave parents large glass jars every spring so they could supply canned vegetables for the cafeteria meals the next fall, according to an account of the school's history, provided by previous Principal Kim Pinello. The menu consistently incorporated vegetable soup for a nickel.

In 1981 Hickory elementary was caught in the middle of a controversy in regards to its name. After the desegregation and integration of schools, the Black community surrounding the former color consolidated school desired to change the name of Hickory Elementary, to Percy V. Williams Elementary School, in honor of the first Black assistant superintendent of Harford county public schools. Plans to change the name were stalled because of backlash from other parents in the area, mainly white parents. Many of the parents argued that the school’s name need not be changed, because a name doesn’t affect the quality of education that the students receive, but many parents in the Black community said that it was prejudice which was the real issue. To compromise, the Board of Education decided to give a second name, Oakington Elementary, instead of Percy V. Williams. Oakington was a school of which a Black man was principal. Once Oakington was agreed on they put the debate of Oakington V.S Hickory Elementary up to a vote and the name Hickory Elementary was decided on, and is still the name to this day.