Kansas City’s deadliest fire is one of Kansas City, Missouri's least known tragedies. The Coates House Hotel Fire was a fatal fire that occurred on January 28th, 1978 early Sunday morning at 4:10 a.m. The fire took place at the Coates House Hotel, located in downtown KCMO on the corner of Broadway Blvd and 10th St., and burned for four hours, destroying the southern side of the hotel and taking twenty lives as well. In its prime the hotel was known for its luxury and welcomed many notable guests including, President William McKinley and Theodore Roosevelt. Over the course of the next century, the hotel had slowly lost its luster and by the time the fire occurred, the Coates Hotel only housed transients and the elderly.

A photo of the Knight of Columbus Banquet held at the hotel. 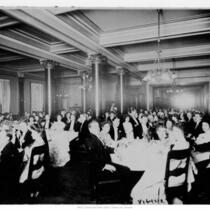 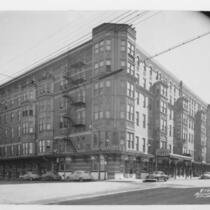 A postcard featuring the Coates House Hotel in its prime. 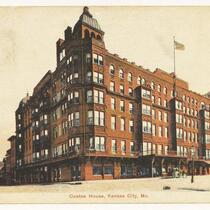 Photo from the night of the fire during the rescue operation. 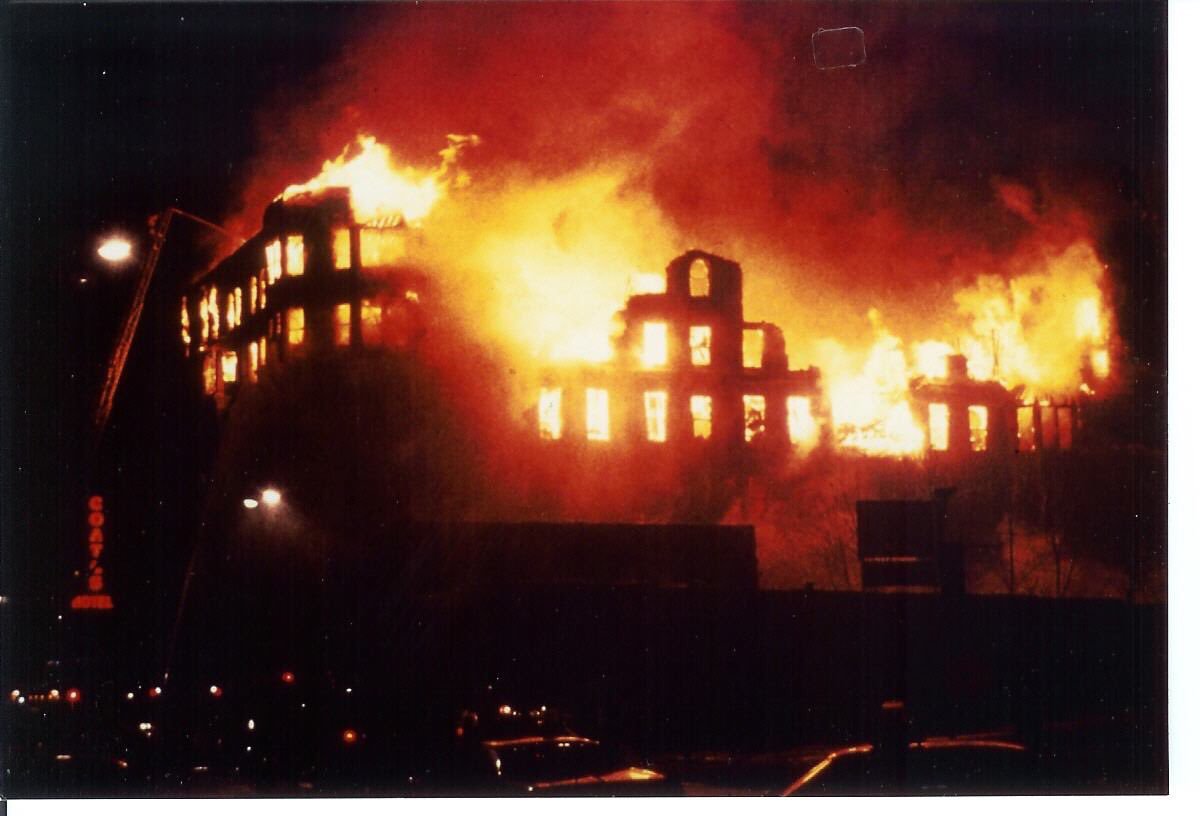 The hotel as it stand today, the Quality Hill Apartments. 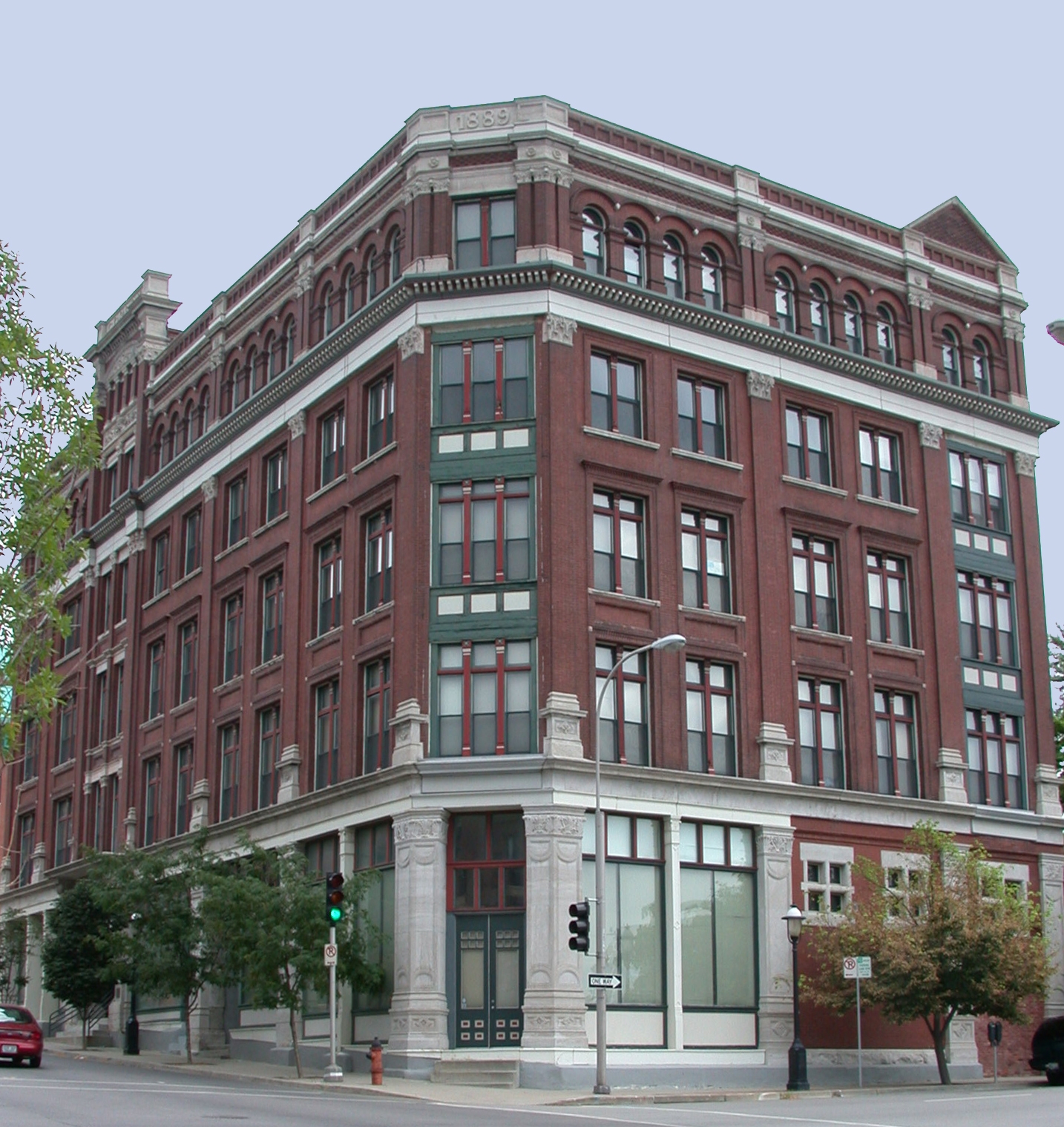 A picture of the Sertoma plaque in front of the hotel located on the corner of 10th and Broadway. 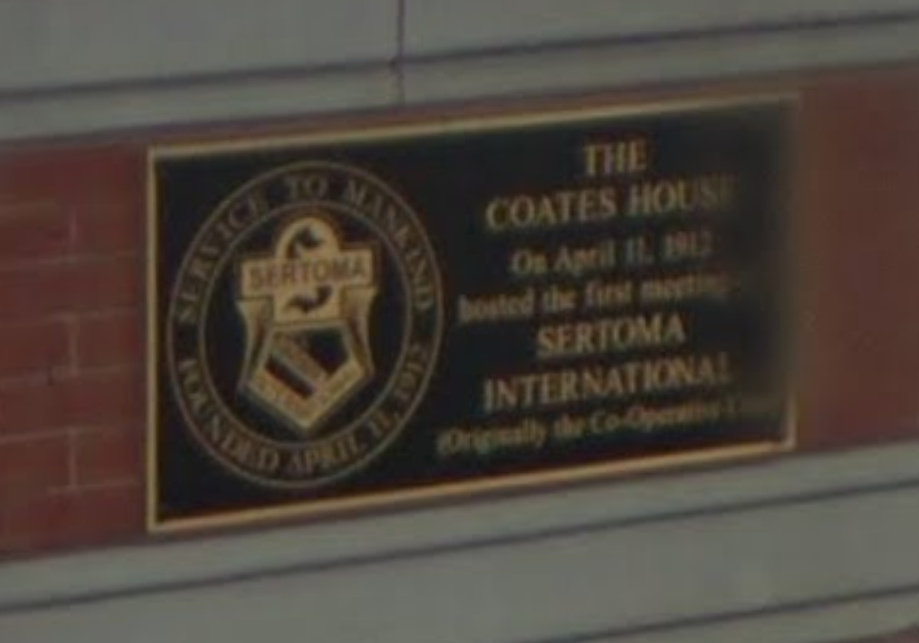 The hotel was known formally as the New Coates House Hotel. The first hotel on the site was called the Broadway Hotel and was built by the anti-slavery Colonel Shalor Winchell Eldridge, who was appointed U.S. Army Paymaster by President Abraham Lincoln. The Broadway hotel was the Colonel’s 2nd hotel, his other hotel, The Eldridge Hotel located on Massachusetts Street in Lawrence, Kansas, was well-known and fired on multiple times by local pro-slavery advocates. During the development of the Broadway Hotel, the civil war broke out and for a time Union forces used the foundations as part of Camp Union. However, in the end, the Broadway hotel was unsuccessful and then Kersey Coates acquired the land in 1870, which he redeveloped and built the Coates House Hotel. In the hotel's earliest days, the Coates House Hotel was part of a greater struggle between Confederate and Union advocates. Kansas City was split East (confederate supporters) and West (civic leaders who fought for the Union) by the Kansas and Missouri state line. Post-civil war tensions morphed into a rivalry between the east and west side, involving political and business interests. Each side of the city included an opera house as well as a hotel which often competed.

Coates died in April 1887 and beginning 1888 the Coates widow and family demolished the original hotel. The new hotel was a larger and more luxurious building that offered a barber’s shop, florist, and Turkish baths. Throughout the early 1900s, the hotel remained one of Kansas City’s most prestigious hotels. It served as an important gathering place for parties, meetings, and guests. One of the hotel’s most famous guests was author Oscar Wilde, who spoke at the Coates Opera House. The hotel stood 6 stories tall and featured brick and white-painted stone, forming a rectangle around a courtyard at the center of the hotel.

By the 1970s, the hotel had lost its luster. After world war II, population movements out of downtown KCMO into the suburbs left Quality Hill devoid of people and wealth. The hotel no longer welcomed grand guests and instead housed transients and the elderly who paid a weekly rate of $12 though this was not the hotel’s nadir. On Saturday morning around 4:00 am, January 28th, a fire on the 5th floor of the hotel was reported and the KCMO fire department left to investigate the fire. By the time help arrived, the top floor at the south end of the hotel was engulfed in flames. The fire department was underequipped and understaffed for the scale of the fire. The wind combined with the freezing temperatures spread the fire faster and made fighting it much more difficult. Witnesses recall occupants climbing onto their windowsills and calling for help. When it was apparent that help would be delayed, more than a dozen occupants jumped from their windows. Eventually help did arrive, including firefighters from Bonner Springs, Kansas. The next 36 hours were spent controlling the smoldering debris. After quelling the fire, twenty residents died in total, a majority who died by jumping to their death. Whereas the other residents were homeless and with little belongings, which were left in the rush to escape.

The Coates House Hotel was partially destroyed, and many area residents assumed that remains were to be demolished, instead replaced by a parking lot to meet the demand of new downtown jobs. In 1979, the Historic Kansas City Foundation (HKCF) bought the ruined hotel in July of 1979, seeking to preserve the heritage and history of the building citing a number of dignitaries that stayed in the past and, “The Coates House is symbolic in nature….and was ‘THE’ place in Kansas City.” The HKCF owned the building for more than five years until a developer bought the building. Renovations were complete in 1987 and the former Coates House Hotel became the Quality Hill Apartments. Additionally, after the problems faced during the fire, the fire department changed many of its procedures. For example, on a “high-rise” response, the department now sends ten companies right-off the bat instead of the one sent the morning of. Additional changes were made to fire safety codes to keep older buildings fire safe.

As of now, the northern part of the Coates House Hotel still stands as the Quality Hill Apartments. Thanks to the efforts of the HKCF, the exterior of the building remains largely the same. Other than the HKCF’s preservation of appearance of the building there is only one plaque with mention of the existence of the Coates House Hotel, outside of the building on the corner of 10th and Broadway is a plaque that commemorates April 11, 1912 , the when the first Sertoma International meeting took place at the hotel. Additionally, there is also a plaque dedicated to Kersey Coates, the man who developed the hotel, detailing his accomplishments and his work for developing Quality Hill. Since the renovation of the former Coates House Hotel, there have been no additional attempts made to commemorate the hotel’s significance. Though there is no explicit memory site that commemorates the event of the fire, the restoration of part of the hotel remains as one of Kansas City’s great architectural jewels.

Londre, Felicia Hardison. The Enchanted Years of the Stage. MO. University of Missouri.