This Virginia Department of Historic Resources marker commemorates the founding of Reston as a new city in the early 1960s. It stands near Lake Ann Village, one of the first parts of the city to be completed. Founder Robert E. Simon, Jr. intended Reston to be a planned community guided by seven principles and open to residents of all all races, incomes, and ages. Planning on the city began in 1961 and Reston welcomed its first resident family in 1964. The American Institute of Certified Planners awarded Reston its National Landmark Award in 2002, and in 2017 Lake Ann Village became part of the National Register of Historic Places. 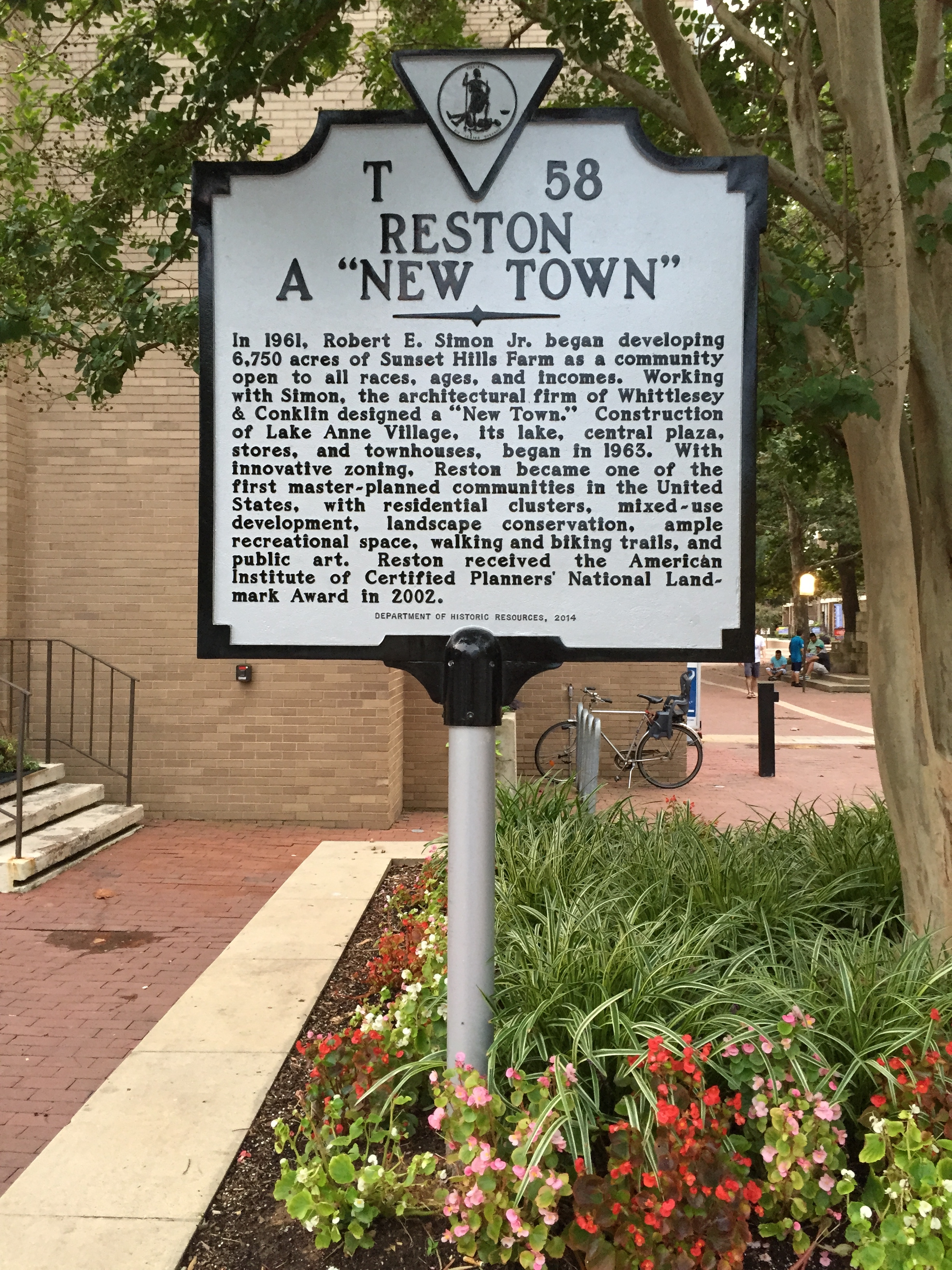 As part of an urban development movement, Robert E. Simon, Jr. (1914-2015) purchased over 6000 acres of land in the Sunset Hills Farm area with the intention of developing it into a city. The planned city, developed by Simon with the architectural firm Whittlesey and Conelin, utilizes unique zoning to allow for mixed-use spaces, residential clusters, public walking and biking trails, public art, and other features. The town is named "Reston" after his initials (R. E. S.).

The master plan for the city was completed in 1962, governed by seven goals: housing for all; residents would be able to live, work, and play in one community; the dignity of each individual would anchor planning; natural beauty; accommodation of leisure time; presence of amenities; and financial success. The first development in the new town was the Lake Anne Village Center, a public plaza with mixed-use buildings, where the historical marker now stands. The first family moved to Reston in December 1964 and the Lake Ann Village dedication took place in 1965. In 2017, Lake Ann Village was listed on the National Register of Historic Places.

Investment by oil companies led to the community's financial success in the 1960s and 1970s. Reston became financially self-sustaining by the 1970s, though as an unincorporated community its public services are provided by Fairfax County.

The Virginia Department of Historic Resources placed this marker (T-58) in 2014. It is part of a network of over 2500 markers placed by the department to highlight places and people of historical note in Virginia. The marker program dates back to 1927 and is the oldest such program in the United States.