The historic Queen Anne home derives its name from its 1940s residents, but its history dates back to 1888 when the suburb was created. In 1888, an investment team comprised of James Waugh, Edward Graves and Benjamin Charlton platted the railroad suburb of Charlton Heights (now Berwyn Heights) as a refuge for urban professionals. The group established the Charlton Heights Improvement Company and, between 1889 and 1892, built the first set of houses, many from plans of Victorian pattern books -- the O'Dea home stands as on of the best remaining examples of that original construction. 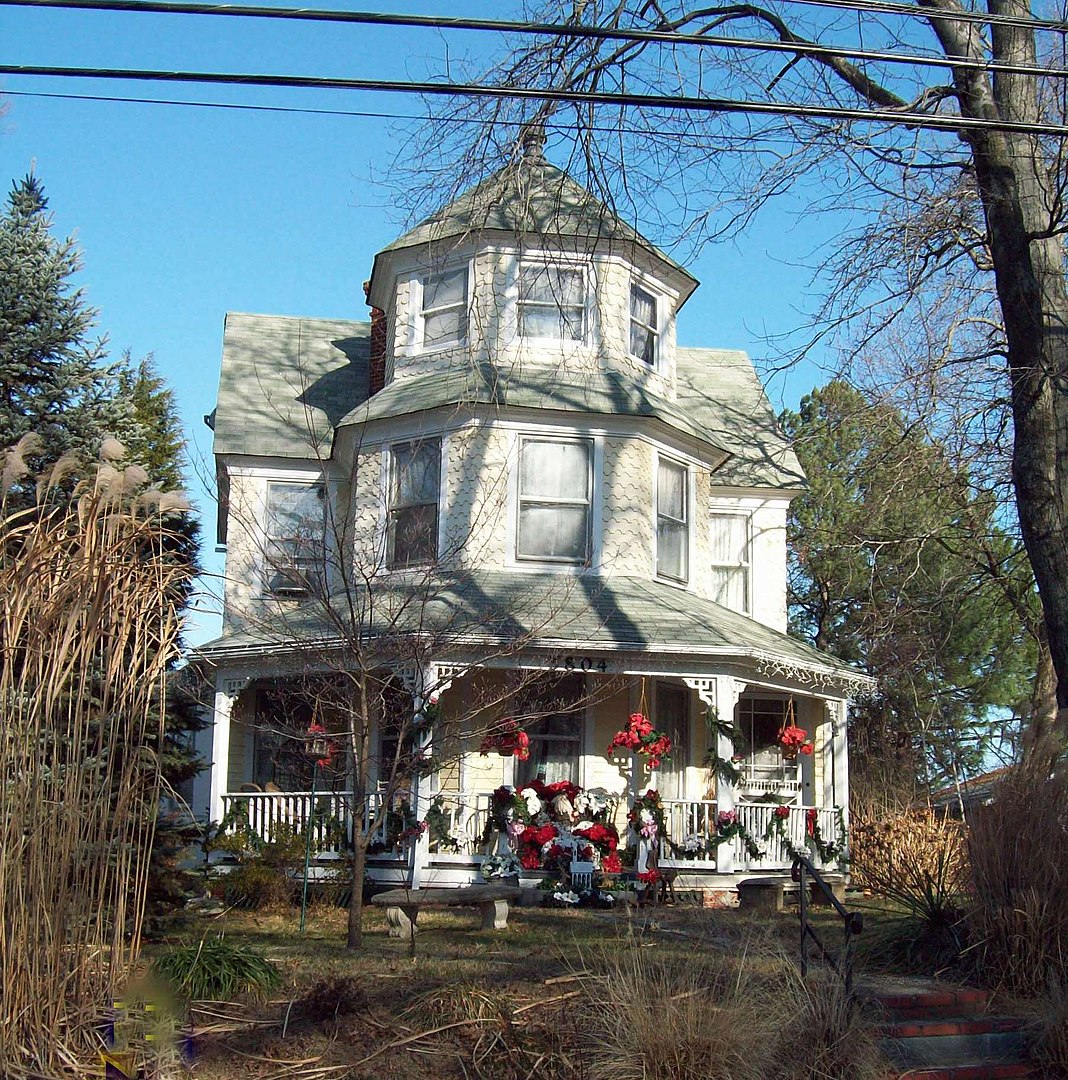 The O'Dea House is significant for its architectural history and its association with the development of Berwyn Heights, formerly Charlton Heights, in suburban Washington, D.C. Beginning in the 1870s, the areas northeast of Washington D.C. grew, albeit slowly, in terms of both population and development as railroads allowed for easier travel to and from D.C., and that included the town of Berwyn Heights. The O'Dea House stands as a monument to that growth, arising as a mail-order, pattern-book home built by the Charlton Heights Improvement Company whose goal was to spur the development of the new community.

The land is first known to be the home to the Native American Anacostank tribe (part of the Conoy nation). Starting in 1634, British colonists interacted with the native population, but by 1750 the Algonquian culture seemingly disappeared. By the end of the eighteenth century, numerous Scottish immigrants arrived in the region resulting in it gaining the nickname "New Scotland Hundred." Typical for the region, the area grew to become known for its tobacco plantations with slaves and indentured servants providing much of the manual labor.

After the Civil War, in 1887, Edward Graves of Washington, D. C. purchased 383 acres intending to turn it into a residential community, which he called it Charlton Heights. Graves sold the land in 1888 to the Charlton Heights Improvement Company, which subsequently began construction of dwellings ordered by pattern through the mail. The company sought to build on the land and help develop the town. Indeed, the company successfully built twenty houses within the first year and sold a few homes, mainly to professionals working in Baltimore or D.C.

However, the development proved slow for three years following those first twenty lots. By 1892, the Charlton Heights Improvement Company ceased operations. Consequently, Edward Graves, the initial developer, and James Waugh, secretary of the Charlton Heights Improvement Company, bought the remaining unsold lots and attempted to sell them. Four years later, in 1896, the town was incorporated under its new name: Berwyn Heights. Still, the new suburb grew slowly; the 1910 census shows 150 residents living in 38 dwellings. It wasn't until the 1950s when suburban living increased substantially nationwide, that Berwyn Heights grew into a full-fledged, well-populated D.C. suburb.

The O'Dea House stands as a monument to that original development. The home enjoys a mail-order, Queen-Anne style -- popular in the U.S. during the nineteenth century -- stemming from the 1888 published designs produced by the Cooperative Building Plan Association in New York City and distributed through the periodical publications of its president, R. W. Shoppell. No records exist as to the home's original tenants (it may have served as a model home), but Graves held the property until 1907 and at one point, leased it for several years to the Alger family. Finally, in 1939, the house was sold to Lawrence and Alice O'Dea, hence the reason it is known as the O'Dea House.

By Pubdog (talk) - Own work (Original text: I created this work entirely by myself.), Public Domain, https://commons.wikimedia.org/w/index.php?curid=16990345