The construction of St. Bernards Catholic Church began in 1901, with the church opening its doors officially for years later. The congregation was established in 1861 by German Catholic families who had moved to the city and wanted a church of their own. The structure is designed in a German Romanesque revival style reminiscent of German churches along the Rhine river. Architect William P. Ginther designed the church at a final cost of $150,000. After facing declining membership as families moved from the downtown area following World War II, pastor Edward Wolf renovated the church in 1949 and added new times for mass to accommodate working-class families. As a result, the church reached a size of 5,400 people by 1962. The church underwent another set of renovations in the 1990s at the cost of $1 million and retains its historic appearance while adding modern amenities.

The interior of St. Bernard's Church 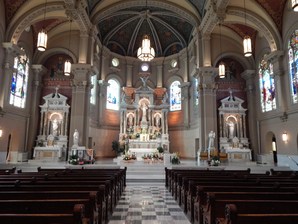 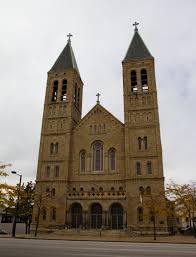 A postcard depicting St.Bernard's Church in 1909 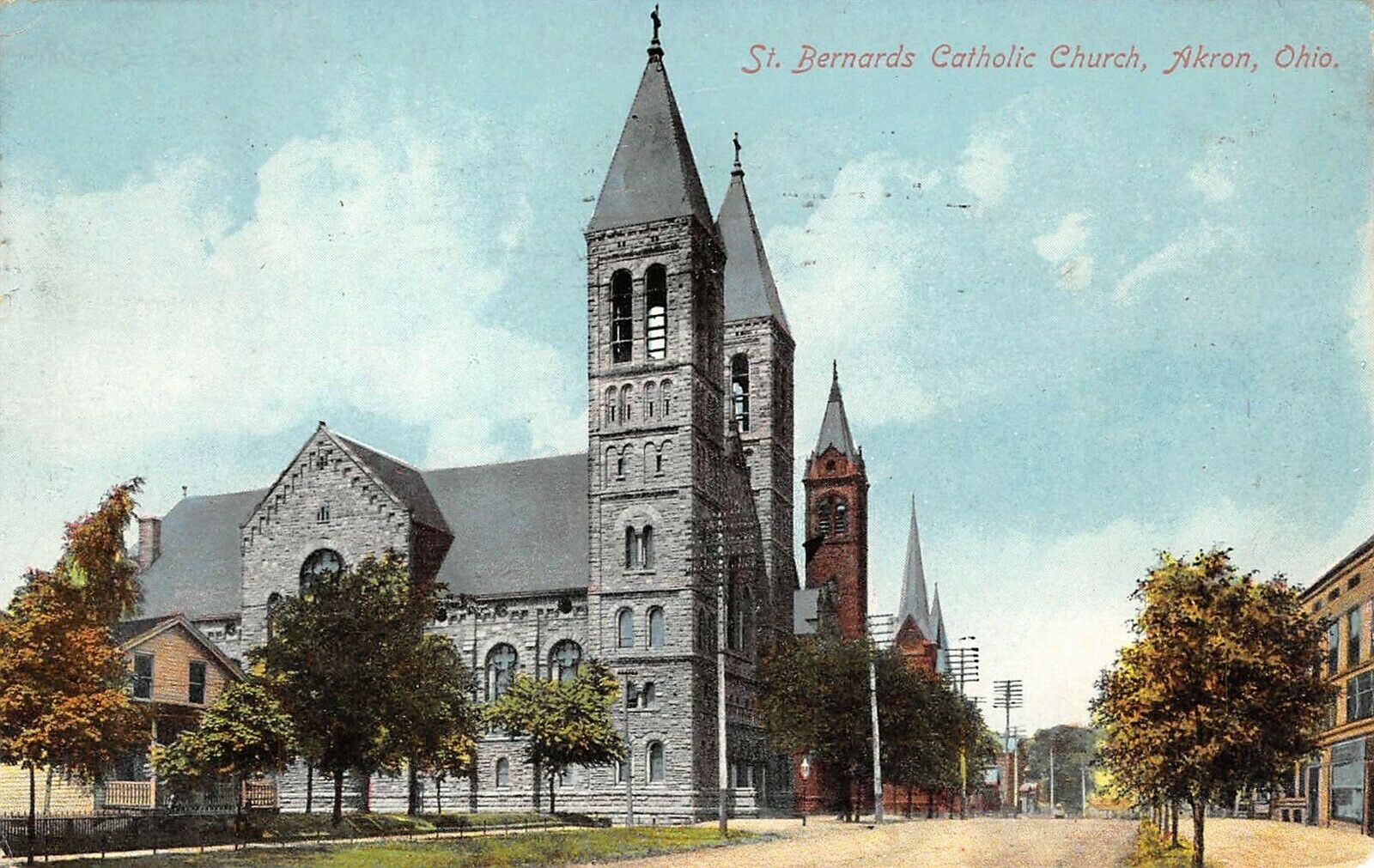 The congregation of St. Bernard’s Catholic Church was founded in 1861 by 23 German Catholic families who had grown dissatisfied with the Irish Catholic, St. Vincent de Paul’s congregation. The parish had originally occupied a Gothic Revival Church across the street from the current church. This original church was constructed in 1862 for the 23 families that formed the parish. The funding for this original church began with a $500 donation given to the parish by King Louis of Bavaria. The first mass of this new parish was celebrated on January 1st of 1863. The first pastor was Reverend Louis Thiele, In 1863, a school was opened under the parish’s second pastor, Father Peter Dannenhoffer.

The parish outgrew their original church and began the construction of St. Bernard’s in 1901. The church was designed by parishioner William P. Ginther who designed the church in a German-Romanesque revival style. The church broke ground in 1901, with the cornerstone being laid in 1902. The placement of the cornerstone was a day of celebration in the community. A parade of 400 Knights of St. John, the Goodrich Band, Knights of Columbus as well as members of local Catholic congregations and many other organizations marched through the community in celebration for the church. More than 7,000 people attended the festivities of St. Bernard’s. The church was consecrated in October of 1905 and its doors were officially opened with a final construction cost of $150,000.

The parish had went strong since its founding in the 1860s however, after World War 2, the population of the church started decreasing dramatically. The parish population had dwindled from 1000 families to around 300 in 1949. In 1949 a new pastor came to the parish, Edward Wolf, who took it upon himself to rejuvenate the parish. He did this in many various ways, Wolf was pivotal in remodeling both the church and the school, Wolf also changed the schedule of church activities in order to make it more accessible to the common people of Akron. Wolf also launched a project which found homes for 800 displaced Germans, who had lost their homes due to the war, through the International Relief Organization. By 1962 5,400 people called St. Bernard’s their parish.

The church underwent major renovations in 1990s at a cost of $1 million, however, the church still retains its original architectural style. St. Bernard’s continues to serve the Akron community through a variety of ways. The church runs a food pantry which provides meals to those in need as well as offering a number of support groups. The historic church stands today as a reminder of Akron’s German and spiritual roots.