Constructed in 1901, this building served as the primary warehouse and distribution center for Kaufmann's, one of the largest department store franchises in the late-nineteenth century. In 1871, Morris, Jacob, and Issac Kaufmann founded the business in Pittsburgh's South Side neighborhood as a clothing store for men. Later, the brothers moved the store downtown. The new location soon became known as "The Big Store" because it carried a wide variety of products including clothing for women and children and household items from furniture to cutlery. For the first half of the twentieth, the company was directed and ran by Morris Kaufmann's eldest son, Edgar Jonas Kaufmann. In 1997, Kaufmann's Department Store Warehouse was listed in the National Register of Historic Places for its role in Pittsburgh's economic development during the turn of the twentieth century and its noteworthy fireproof design. 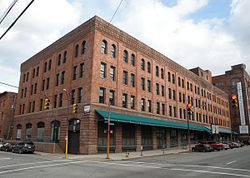 Edgar Jonas Kaufmann: The Man Behind the Store 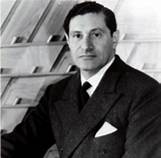 The Kaufmann Delivery Staff (circa 1920s) 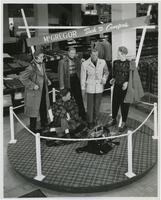 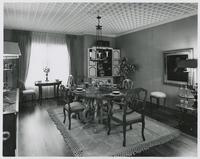 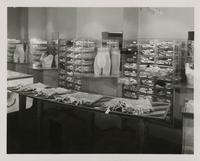 In 1871, three brothers, Morris, Issac, and Jacob Kaufmann originally founded Kaufmann's Department Store in the South Side neighborhood the Pittsburgh area. The store was originally a small men's store and haberdashery. Later in 1877, the brothers moved their store to the downtown area where it became "the Big Store" because the brothers started selling more products, such as women and children's clothing, jewelry, furniture, dish ware, toys, and cutlery. While the business became a popular Pittsburgh business staple, it did not grow into a big name until Morris Kaufmann's eldest son, Edgar Jonas Kaufmann took the director role of the department store throughout the early-twentieth century. Edgar bought his uncles' stocks that they had invested into the company. By the 1920s, he had reportedly tripled the store's net worth from $10 million in 1913 to $30 million. Soon, Kaufmann's became a major department store chain in the eastern United States region. At its highest peak, there were 59 store locations in five different states.

In 1901, the Kaufmann Department Store Warehouse was constructed, which displaced a small brewery that was previously in business at the location. Some historians argue that the building was the first department store warehouse built in Pittsburgh.The warehouse was constructed by a locally-known architect, Charles Bickel, who was speculated to be the man behind the construction of the original Kaufmann's Department Store in downtown Pittsburgh. The four-story warehouse served as the store's primary storage and shipping center because the company needed an operational space to handle bulk purchasing, special sales, and shipping both locally and nationwide. The building also serves as a significant example of early twentieth century warehouse construction because it included modern designs and functionalities that were not seen before, such as brick facing and refined concrete columns, floors, and roof on a vertical steel frame, making the building fireproof. The fireproof design not only ensure safety for its employees, but also made the warehouse ahead of its time since other department store warehouses at the time did not adapt the design until the late-1920s. Other notable architectural features of the warehouse include ground floor garages, a loading dock, multiple anodized aluminum windows, and a handicapped access ramp.The warehouse was also a garage for the store's shipping trucks, but the warehouse later abandoned that particular function.

The warehouse was utilized by Kaufmann's until 1960 when they sold it. Between 1960-1980s, the warehouse was used as a storage facility and office space for several companies, yet there were times when parts of the warehouse were not being used. However, in the 1980s, the first floor was being occupied by retail tenants, and the upper floors were utilized for medical laboratories. Kaufmann's continued to stay in business until the franchise closed in 2006. In 1997, Kaufmann's Department Store Warehouse was listed in the National Register of Historic Places for its contributions to Pittsburgh's commercial and economic success during the early half of the twentieth century and its fireproof design. Currently, the warehouse stands as the oldest surviving department store warehouse in Pittsburgh