Averasboro Battlefield Museum was created in 1995 to preserve and promote the battle of Averasboro. There is a museum set up with several artifacts that can be viewed and studied and maps of the battlefield that show troop positions during the battle. The battle consisted of the forces of Union Major General Henry Slocum, the commander of Sherman's left wing, and Confederate Lt. General William Hardee. The battle resulted in 682 Union casualties and about 800 Confederate casualties. It was fought on March 15-16 1865.

The Averasboro Battlefield Museum was founded in 1995. 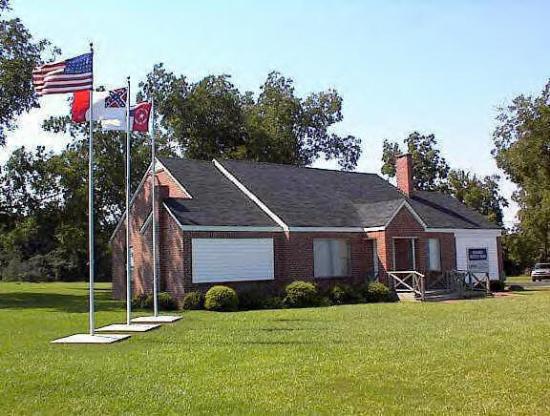 This is the civil war cementery located on the plantation grounds 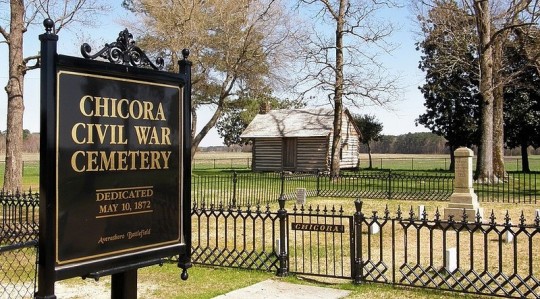 The Battle of Averasboro occurred due to a delaying action ordered by General Johnston so that he could consolidate his troops in preparation for a major battle. Johnston ordered Lt. General Hardee to engage Sherman's left flank commanded by Major General Slocum.

There were 682 Union casualties in the battle and about 800 Confederate casualties and successfully delayed Slocum's advance for a day. This delay allowed for Johnston to gather his forces and push a large scale attack on Slocum's forces three days later.

Today the battlefield is maintained by ABCI a group that preserves the battlefield and the Smithville Plantation it sits on. The museum consists of several artifacts like 1850 quilt used to help hide the family silver in the woods during the battle, and because it rained the whole battle there are water stains on the quilt. It is now a non-profit that runs off volunteers and donations in order to maintain itself.