The Battle of Falling Waters: 4 Apostles of the 1st Rockbridge Artillery

This marker, dedicated by the Falling Waters Battlefield Association in 2012, tells of the 4 Apostle cannons used during the Battle of Falling Waters. Falling Waters is a small town that was established in 1815. It is in the Eastern Panhandle of West Virginia. Two Civil War battles were fought in this area: The battle of Hoke's Run and the Battle of Williamsport.

William Pendleton was frequently promoted during his time in the service 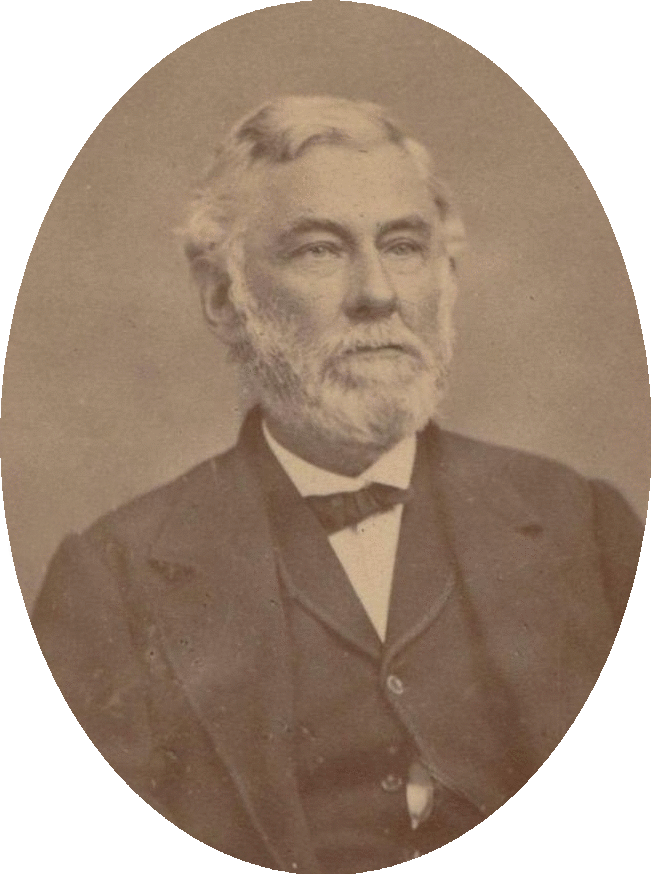 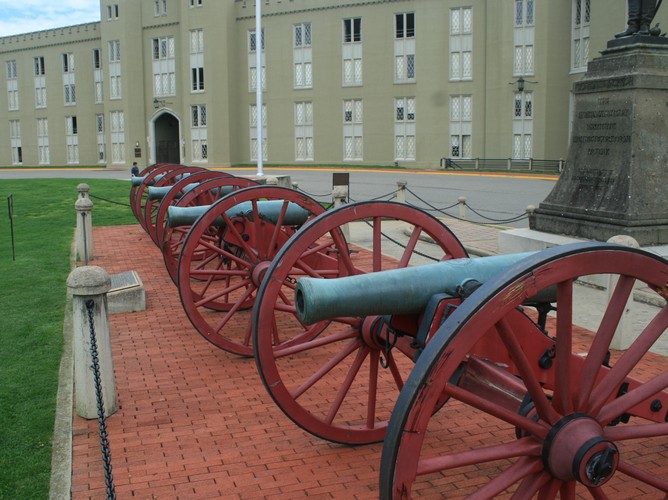 This marker stands right outside of the Sheetz in Spring Mills 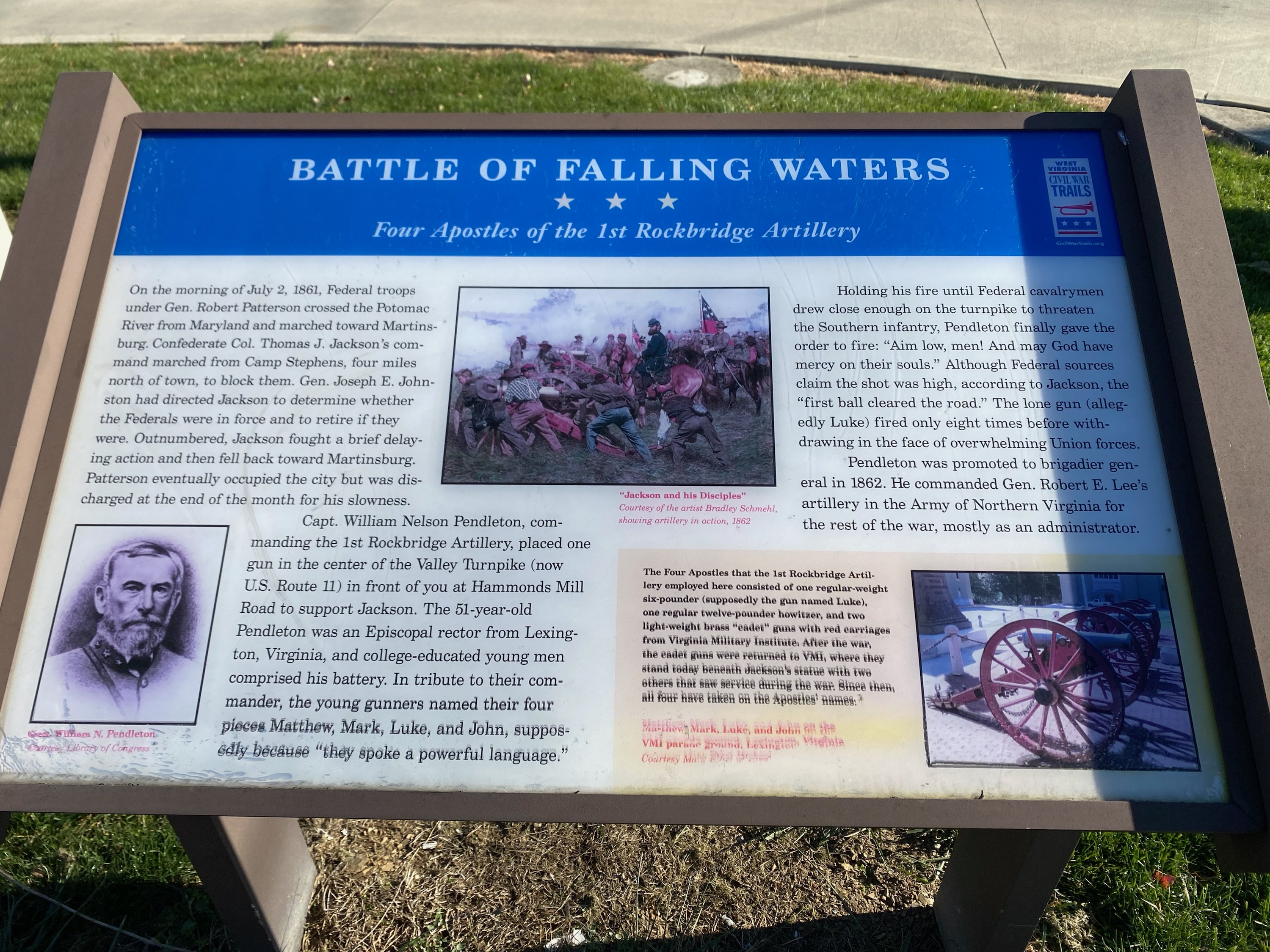 At this time, in 1861, the United States was in a Civil War. The states of this nation were disputing over state's rights in the country. A main point in this argument was the expansion of slavery. Virginia at this time was especially torn during this war. The western part wanted to side with the Union, while the eastern part wanted to be part of the Confederacy. The western half was undergoing seccession during this battle.

William Nelson Pendleton was a 51 year old Episcopal priest from Lexington Virginia. He began in the military, then was a teacher, and then finally became a priest. Once the Civil War started, Pendleton was elected to command the 1st Rockbridge Artillery in the Confederate military. Pendleton still held his church positions throughout the war.

The artillery was composed of college educated young men. The young men used four cannons that had came from the Virginia Military Institute. William Pendleton named the cannons "Matthew, Mark, Luke, and John." These were the names of the four Apostles in the Bible. They were also given this name because it was said that the machines "spoke a powerful language."

William Pendleton placed one cannon, Luke, in the middle of the Valley Turnpike, now called US route 11, to support his General, Thomas J. Jackson. Pendleton did not fire until the Union calvarymen were close enough that they were a threat. Once they came close enough, he gave the order to fire. He supposedly said "Aim, low men! And may God have mercy on their souls!" Luke was the only cannon that shot. It shot eight times but then was withdrawn because the Union was too overpowering.

After the war, two of the Apostles were taken back to VMI. They still stand there today. The cannons are located under the Stonewall Jackson statue. Two other cannons that were used during the war stand with the two Apostles. The extra two have taken on the other Apostle names.