Named after the first woman ever elected to the United States Congress, suffragist and pacifist Jeannette Rankin, the Jeannette Rankin Peace Center strives to carry on her legacy by promoting peace, sustainability, and education. Founded in 1986, the Center offers a fair trade boutique, a free library and support for startup nonprofit organizations. 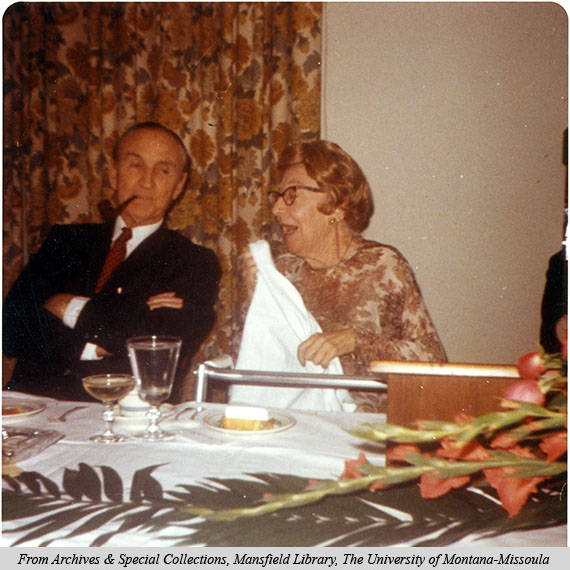 The logo for the Jeannette Rankin Peace Center 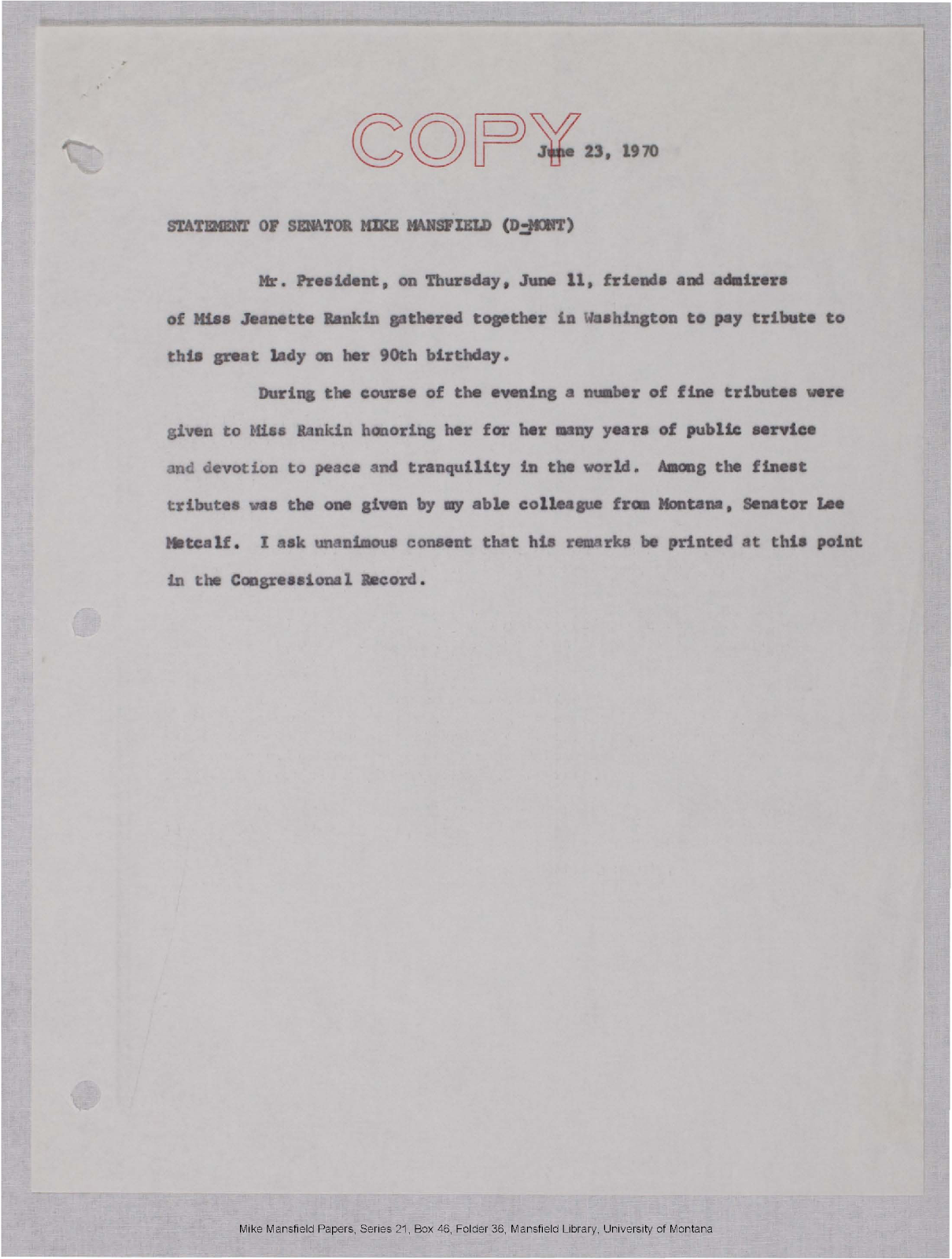 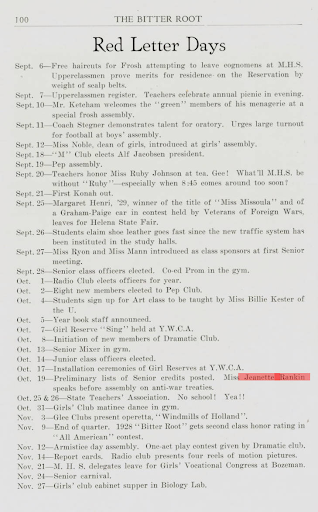 Jeannette Pickering Rankin was born near the city of Missoula, in 1880, nine years before Montana gained statehood. She grew up on a ranch with her mother, father, and five younger siblings. Always invested in her education, Rankin graduated from high school in 1898 and went on to study at the University of Montana. She studied biology and graduated with a bachelor's degree in 1902. Not initially interested in politics, Rankin worked as a teacher until her mid-twenties.

Now known as a strong advocate of peacemaking and social activism, Rankin began her career in social work after moving to Washington in 1908. While there, Rankin became involved with the woman suffrage movement which propelled her further into social activism. While living in Washington in 1910, Rankin witnessed women receive the right to vote. This inspired her to organize on behalf of women all over the United States. Jeannette Rankin returned to her home state of Montana and worked with suffrage organizations there. In 1911, Rankin, as the secretary of the National American Woman Suffrage Association, became the first woman to address the Montana legislature, calling for women’s suffrage. In 1914, Montana became the seventh state to declare full voting rights for women.

Jeannette Rankin became the first woman ever elected to the United States Congress in 1916. She ran as a progressive Republican, heavily involved with women’s suffrage and social welfare. Focused on peacemaking and the well-being of all people, Rankin used her political position to draw attention to working conditions, specifically in regard to the Speculator Mine disaster in Butte, Montana. She was elected to a second term in 1940.

In between her two Congressional terms, Rankin worked with various pacifist organizations and campaigned to ban child labor as well as supporting the Sheppard-Towner Act, the nation's first health care program, created specifically for women and children. Rankin was also a pacifist, voting against both World Wars and the Vietnam War during her time in Congress. She was the only person to vote against the declaration of War on Japan after Pearl Harbor. Although heavily criticized for this choice by both politicians and the state of Montana, Rankin remained firm in her vote. She stated, “As a woman I can’t go to war, and I refuse to send anyone else.” She did not run for reelection in 1942, knowing that she would not have the support of Montana anymore [1].

Mike Mansfield, another influential Montana politician, wrote a letter to the President on Rankin’s 90th birthday, praising her dedication to public service and peace throughout her entire life. Rankin remained a pacifist and peacemaker until the end, giving her estate to help unemployed women when she died in 1973. She has remained a source of inspiration in the state of Montana and across the globe.

“The Jeannette Rankin Peace Center exists to connect and empower people to build a socially just, non-violent, and sustainable community and world. We are committed to a process of reflection, dialogue, and action, both in times of crisis and in the ongoing work of peacemaking. We believe that informed, engaged citizens are the foundation of both democracy and peace, and aim our efforts at supporting both.” [2]