This Tudor Revival home was constructed in 1931 for John and Phoebe Horn and was designed by local architect Edward Tanner. The Mission Hills mansion features classic Tudor elements such as half-timbering, diamond-leaded windows, arched doorways, and large fireplaces that were trendy features to wealthy homeowners at the time. The grounds of the property are also renowned for their impressive gardens and elaborate landscaping. Since its completion, the estate has belonged to three influential Kansas City families. The property was added to the National Register of Historic Places in 1997. 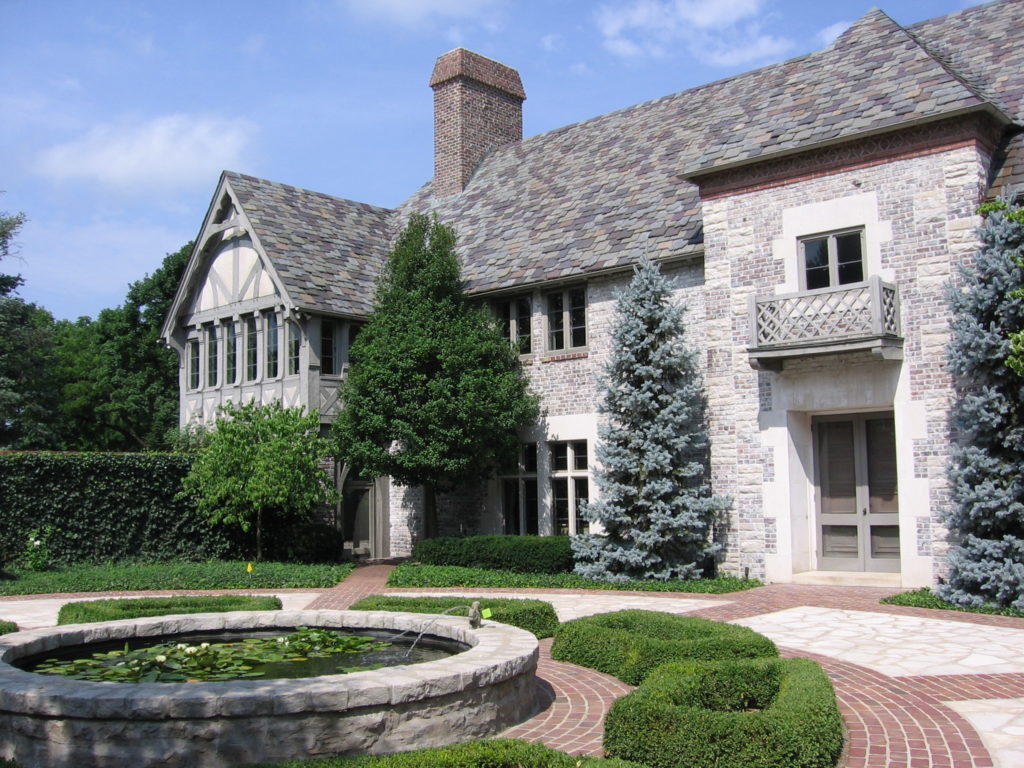 A birds-eye view of the estate 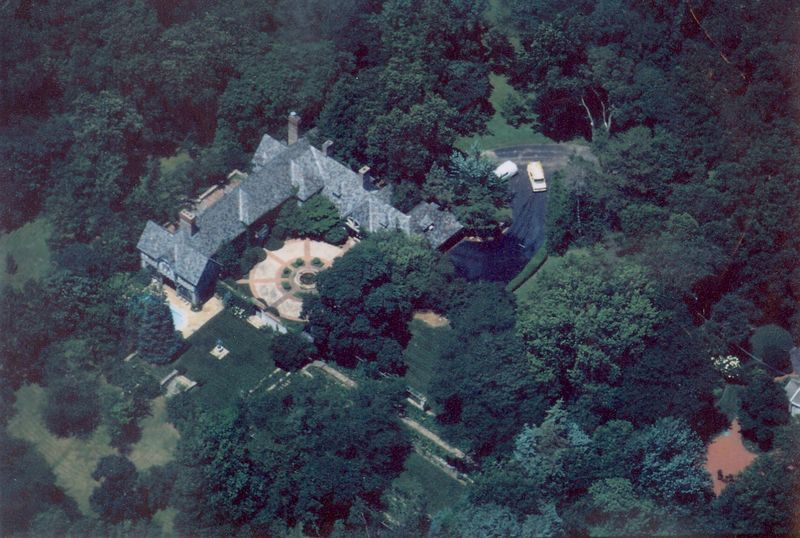 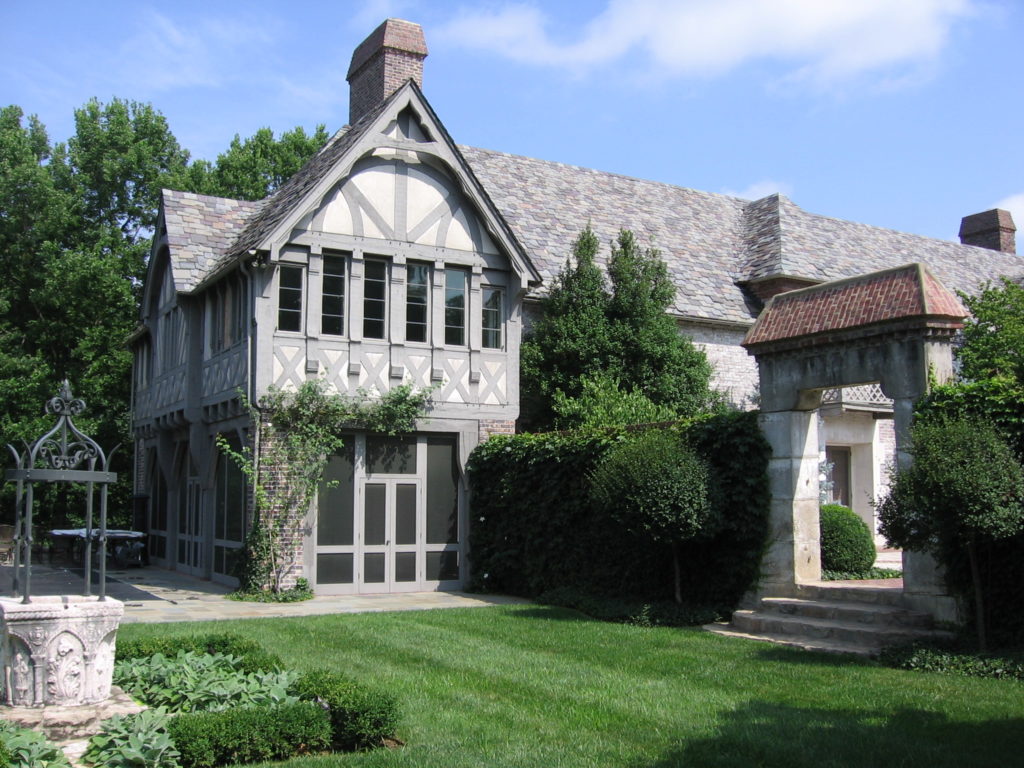 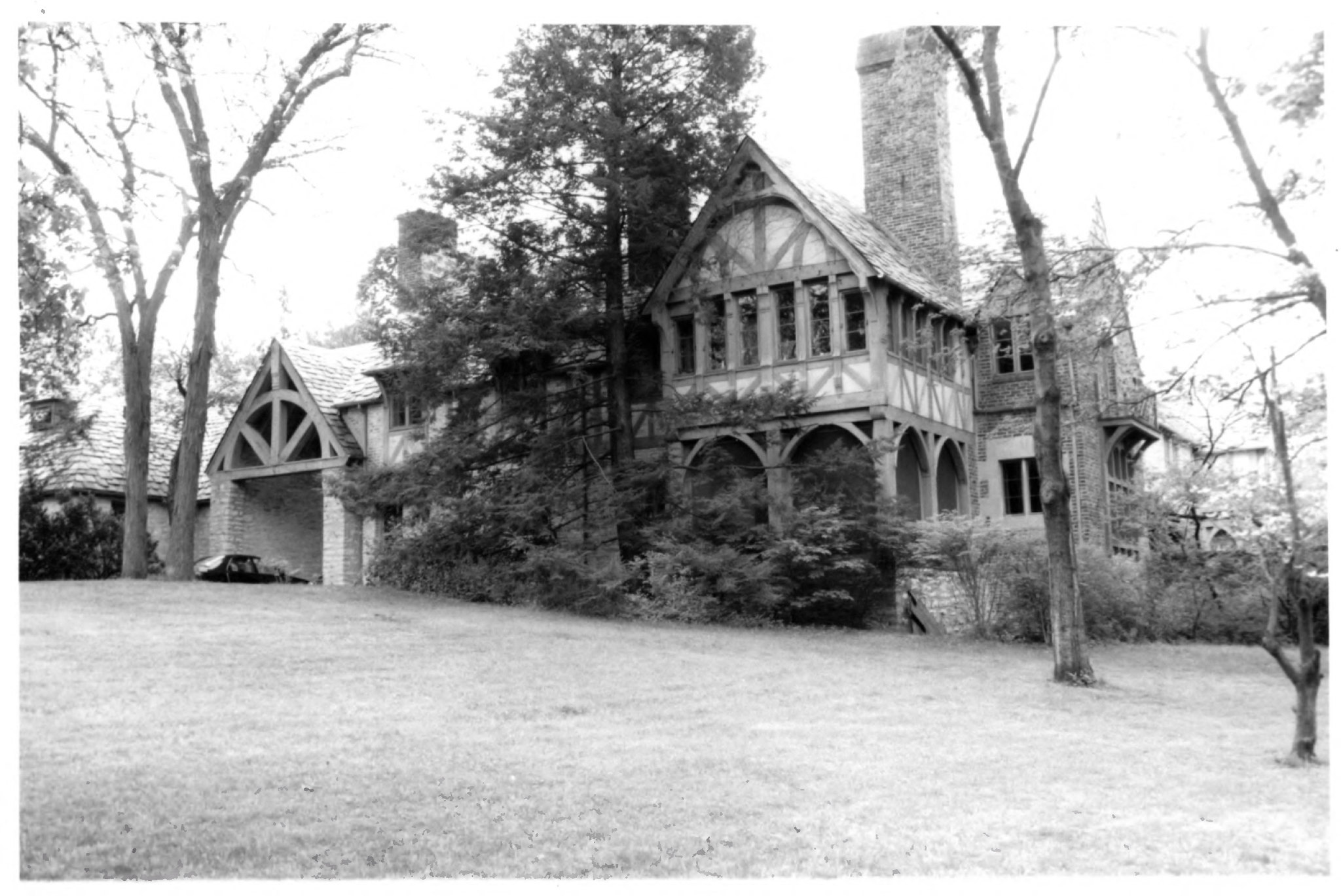 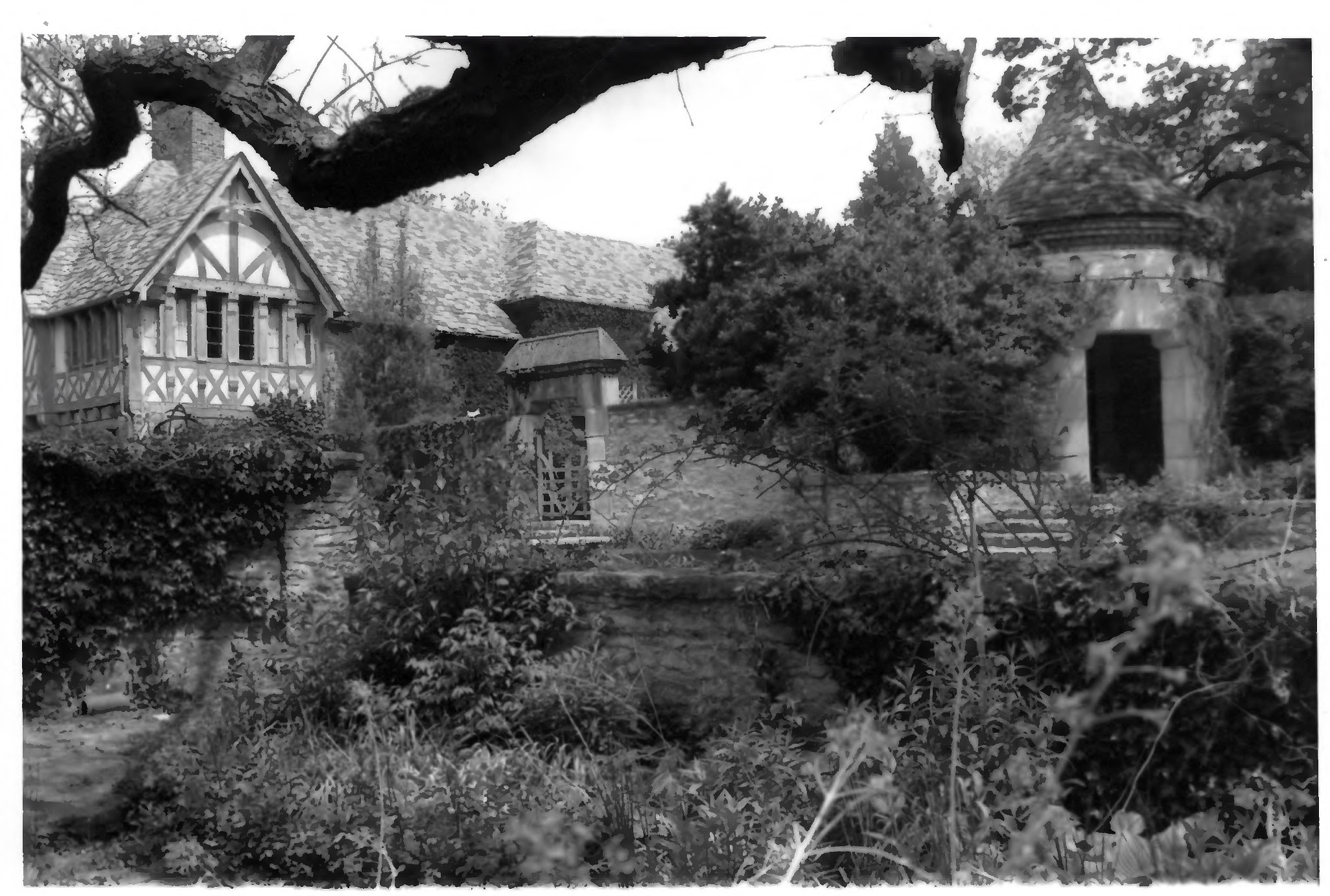 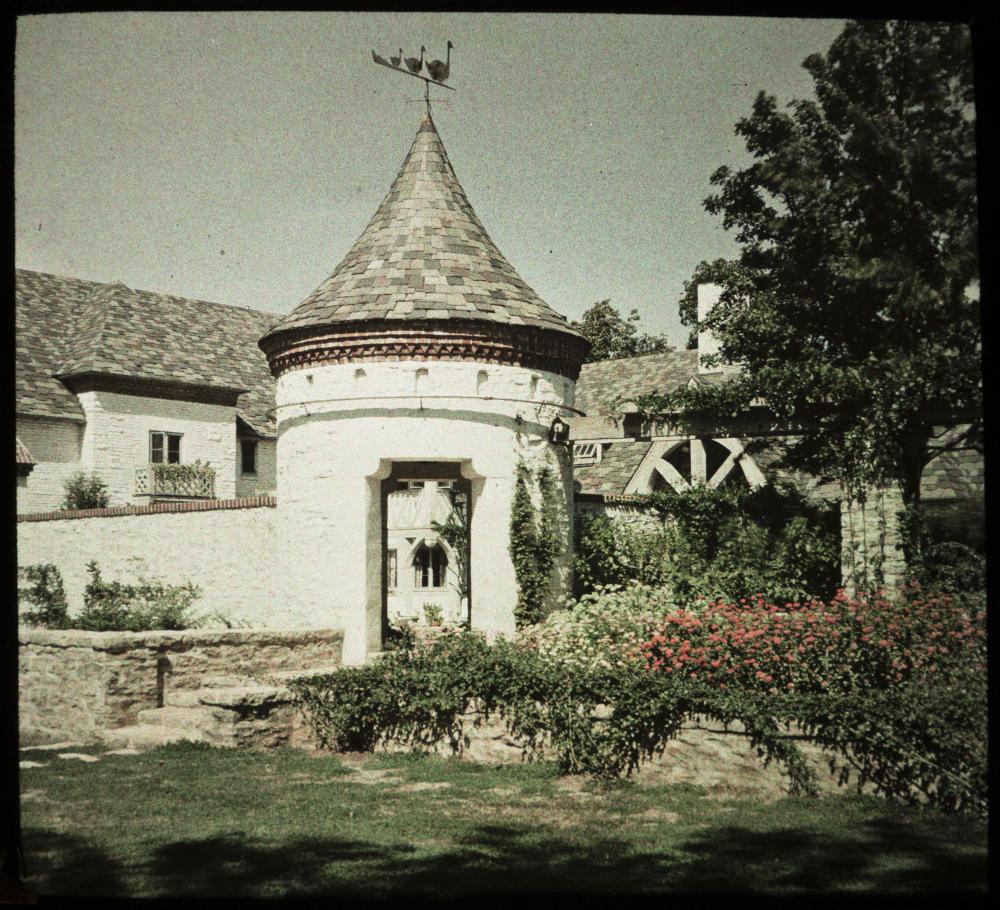 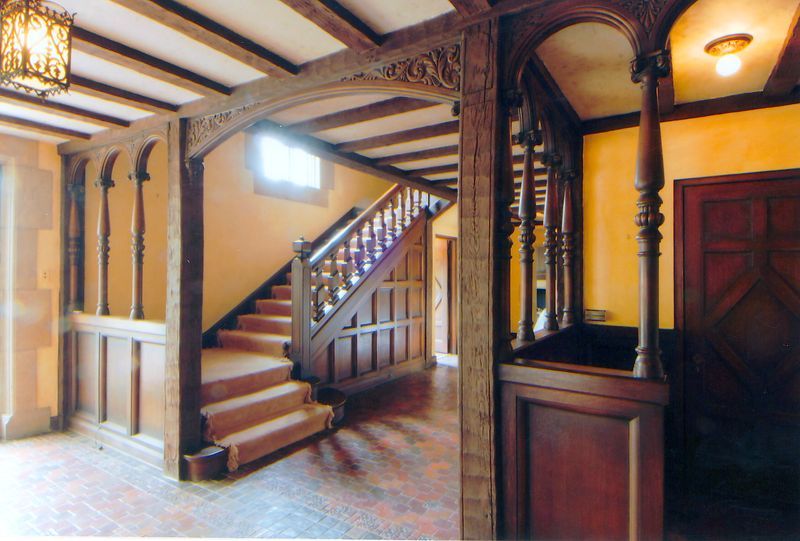 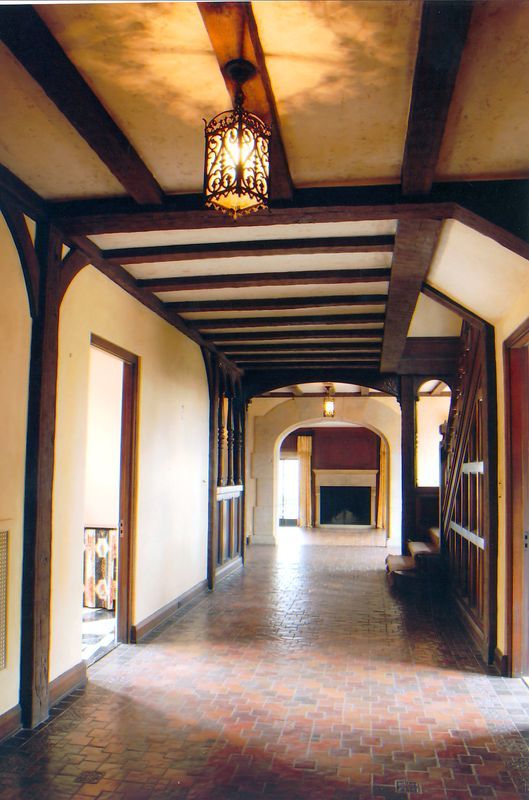 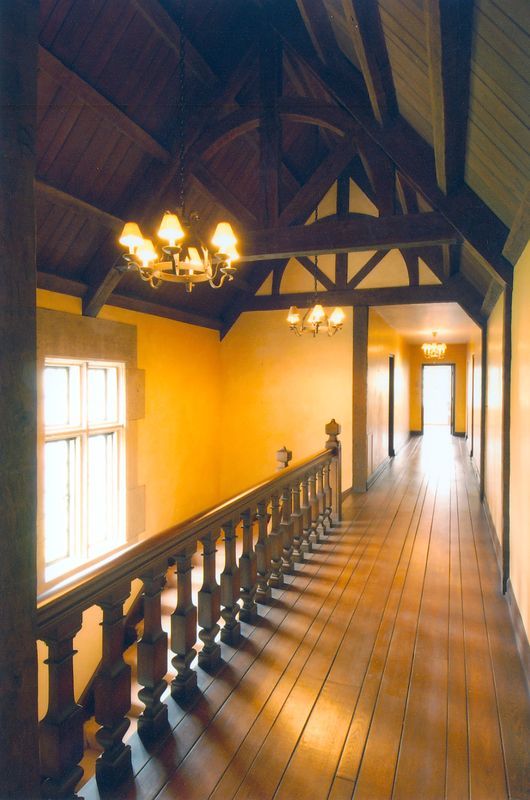 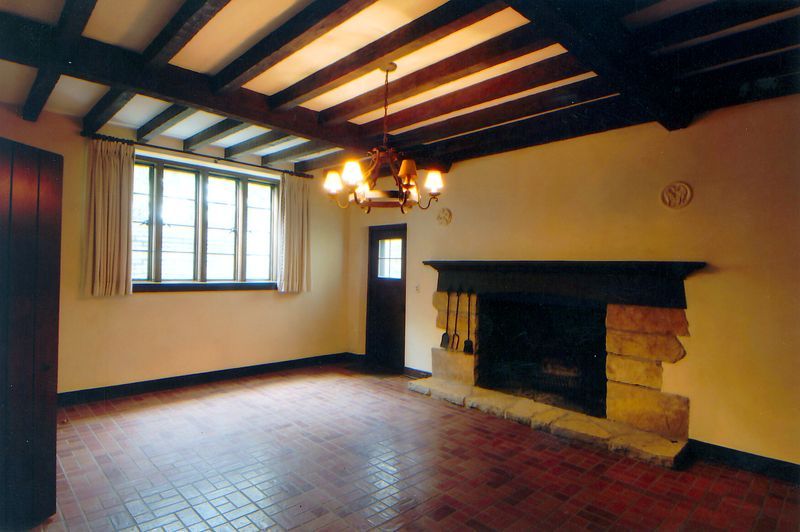 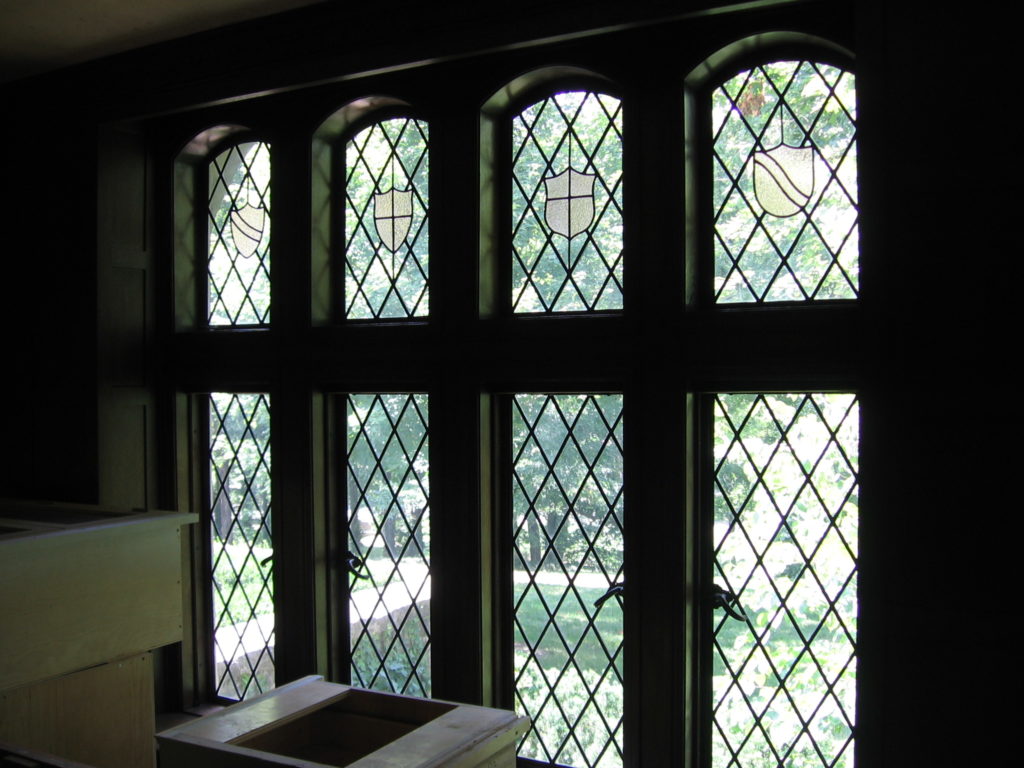 A painting by Margo Peet of the garden and gazebo 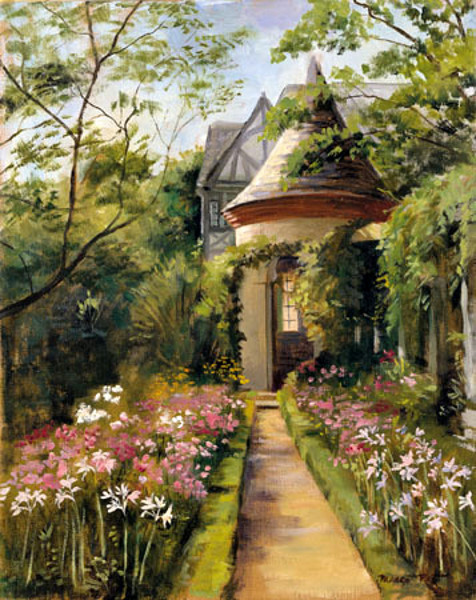 The Horns-Vincent-Russell Estate is located in the historic Mission Hills district. The Mission Hills community was a 229-acre real estate development project of Jesse Clyde Nichols. The J.C. Nichols Company attracted elite potential buyers with paved streets and sidewalks, sewer and water access, impressive landscaping, and very high construction standards. Mission Hills was the most exclusive residential district out of several that the Nichols Company did around the Kansas City metropolitan area. Nichols actively recruited millionaires around the city to buy lots in the development.

Phoebe Horn purchased a 10-acre site in Mission Hills in 1927. Her husband, John, made his money on oil royalties, according to city directories and newspapers of the time. Edward Tanner was chosen to design their massive Tudor Revival mansion. Tanner was known for creating beautiful residences, as well as other public buildings such as the Kansas City Public Library and the Country Club Plaza. Tudor Revival was a popular style among the wealthy at the time, and Tanner added French elements to the design. The walls are made of limestone, brick, and stucco with half-timbering and stone quoins. The home has a high-pitched slate roof. The inside of the home has classic Tudor influences, such as wood paneling, grand staircases, tile floors, arched doorways, vaulted ceilings, large fireplaces, and tall leaded windows with stone windowsills.

The gardens and landscaping, designed by the Hare and Hare Company, were meant to be as magnificent as the home itself. The home wraps in an L-shape around a large courtyard, with a fountain as the center focal piece, and flagstone terraces and walkways. The grounds originally contained a gazebo, a manmade stream and bridge, a stone well, a pergola, statues, and a tea house. The garden has native trees, flowering shrubs, a kitchen garden of herbs, grape vines, and sweeping grassy lawns for outdoor entertaining. A swimming pool was added in the mid-1950s.

The home was completed in 1931. However, the Horns did not live on the property very long. John Horn was trustee for the Imperial Royalties Company and in 1934, was accused of embezzling about $10 million from the company to purchase the estate. His case was only dismissed because the deed was in his wife’s name, and she was not named as a defendant. In 1938, the estate was purchased by Fred and Susan Vincent. Fred Vincent was president or director of several flour companies, a power company, and a bank. When he passed away, Susan remarried J. Roy Russell.

Herbert and Margot Peet purchased the home in 1956 for $120,000. Herbert Peets was the grandson of the founder of Peet Soap Manufacturing Company, which would later merge with Palmolive. Herbert once created a sculpture of the home out of a large block of Peets soap. Margot Peet was an accomplished painter and gardener. She was said to have weeded the entire garden herself the first year they lived in the home, and she created many paintings of the home’s gardens throughout her lifetime. She was also a philanthropist and an early advocate for Planned Parenthood. Margot passed away in 1995, and their daughter Marguerite Peet Foster inherited the property. The estate was added to the National Register of Historic Places in 1997 for its architectural and landscaping significance.