The Selle Building was constructed in 1887 for the Selle Gear Company which was established in 1886 and produced components for carriages and later produced automobile parts. The company was purchased by the Hower family in 1903 and renamed the Akron-Selle Company. The Selle Building underwent many changes throughout the decades, as transportation changed from horse-drawn carriages to cars, trucks, and other vehicles. The Selle Company innovated from the production of wagon and carriage hardware, to gears and gauges for gasoline tanks, in addition to metal stamping parts for trucks, aircraft, and military ordinance until the early 1950s. In 1901, a forging room was added to the building and a small loading dock was also added to the building in 1943. Tragedy also struck in 1943 when a tornado demolished parts of the Selle Building. The Akron-Selle company occupied the building until 1997 when the company moved to another location. The Akron-Selle company closed its doors for good in 2001. The building was purchased by the Ohio Brewing Company in 2003, and that company still occupies the building today. 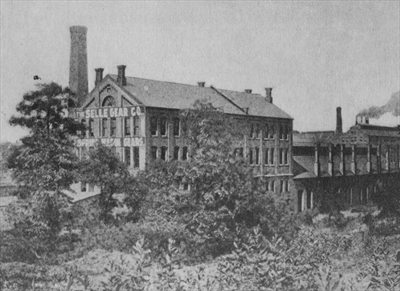 The Selle Building as it stands today 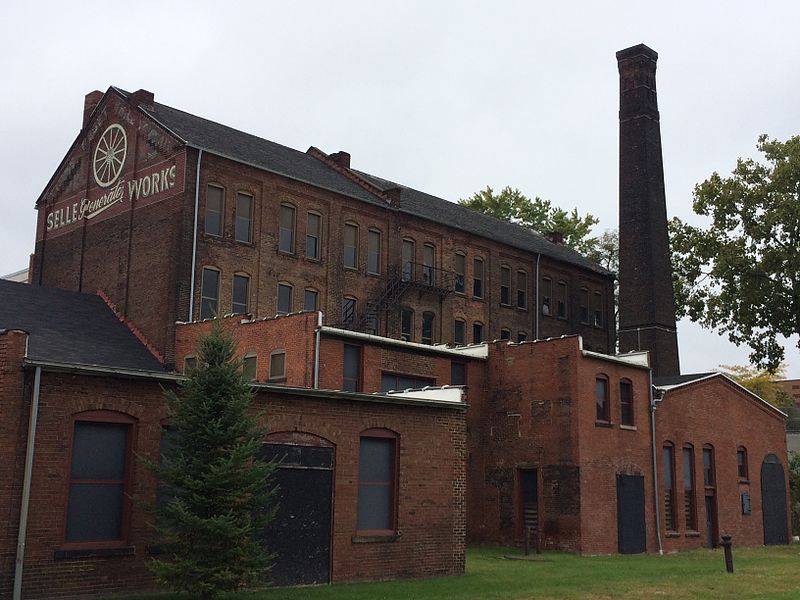 The Selle Building after the 1943 tornado 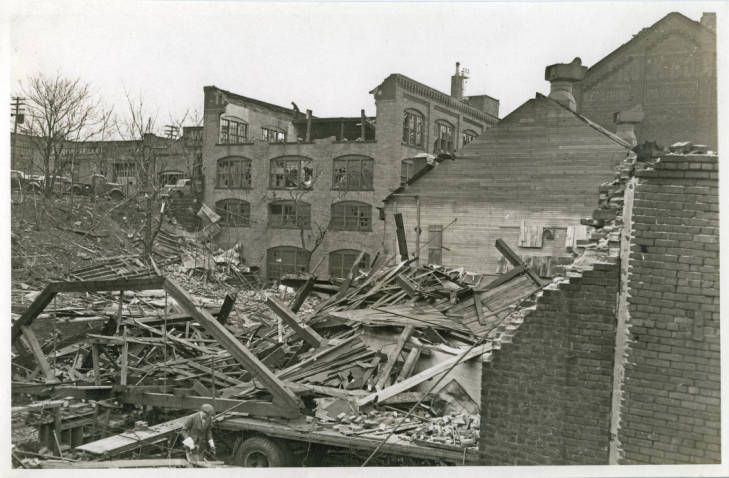 Since 2003, the Ohio Brewing Company, which was established in 1997, has owned the Selle Building, and has opened a number of other locations in the Akron area.