The Butte County Courthouse and Historic Jail Building, which are located next to each other in the same block, are significant in both architecture and in the role they played in the history of the county. The courthouse was built in 1912 and is a good example of Neo-Classical architecture (it also features elements of Beaux-Arts style). Interesting elements include a large portico with four columns and a domed octagonal cupola. The jail building was built before the courthouse in 1902. The two-story building was constructed with, it is believed, locally sourced sandstone and designed in the Romanesque Revival style. An interesting feature of the jail is the white miniature knight above the entrance (it is not known if it was original to the building). Both buildings are listed, together, on the National Register of Historic Places.

The Butte County Courthouse was built in 1912 and still serves as the county seat. 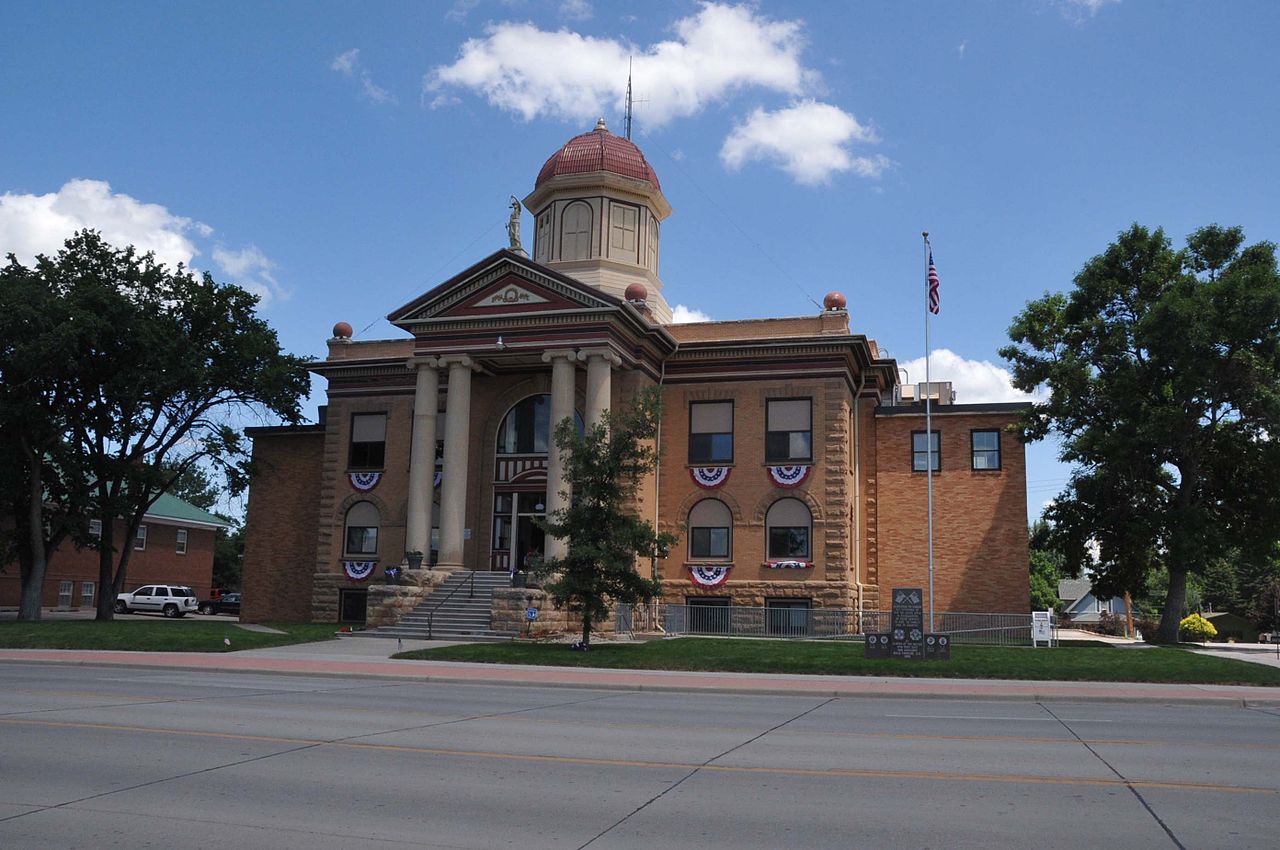 The town of Belle Fourche was founded in the late 1880s, thanks in large part to famous Western historical figure Seth Bullock (who was portrayed in the HBO series Deadwood). He, and his partner Sol Star, who was mayor of Deadwood, convinced the Fremont, Elkhorn and Missouri Valley Railroad to build a depot at an old stage coach stop called DeMores, which was once part of the a ranch Bullock owned. In doing so, Bullock and Star outmaneuvered the nearby town of Minnesela, which had been asking the railroad to go there and, ultimately, lost its position as the county seat; it is now a ghost town. As a result, Bullock was able to get "his" town in the end and it eventually became the county seat.

Bullock named the town Belle Fourche, a French name which means "beautiful fork," because it's located forks of the Haycreek, Redwater River, and Belle Fourche River. Apparently, Bullock offered free plots to businesses to attract them to the new town. Belle Fourche quickly became an important livestock (primarily cattle and sheep) transportation center as it is still today. Mining also became an important industry and today bentonite mining is a key part of the economy.