This marker was dedicated by the Falling Waters Battlefield Association in 2008. This markers tells of J.E.B. Stuart's ploy against the Federals. Falling Waters is a small town in the eastern panhandle of West Virginia that was established in 1815. With Falling Waters' location being between Martinsburg and Hagerstown, this area is a popular residence for those employed in Washington D.C. or Baltimore. Two Civil War battles were fought in this area: the Battle of Hoke's Run and the Battle fo Williamsport. 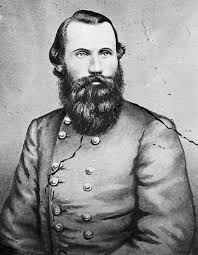 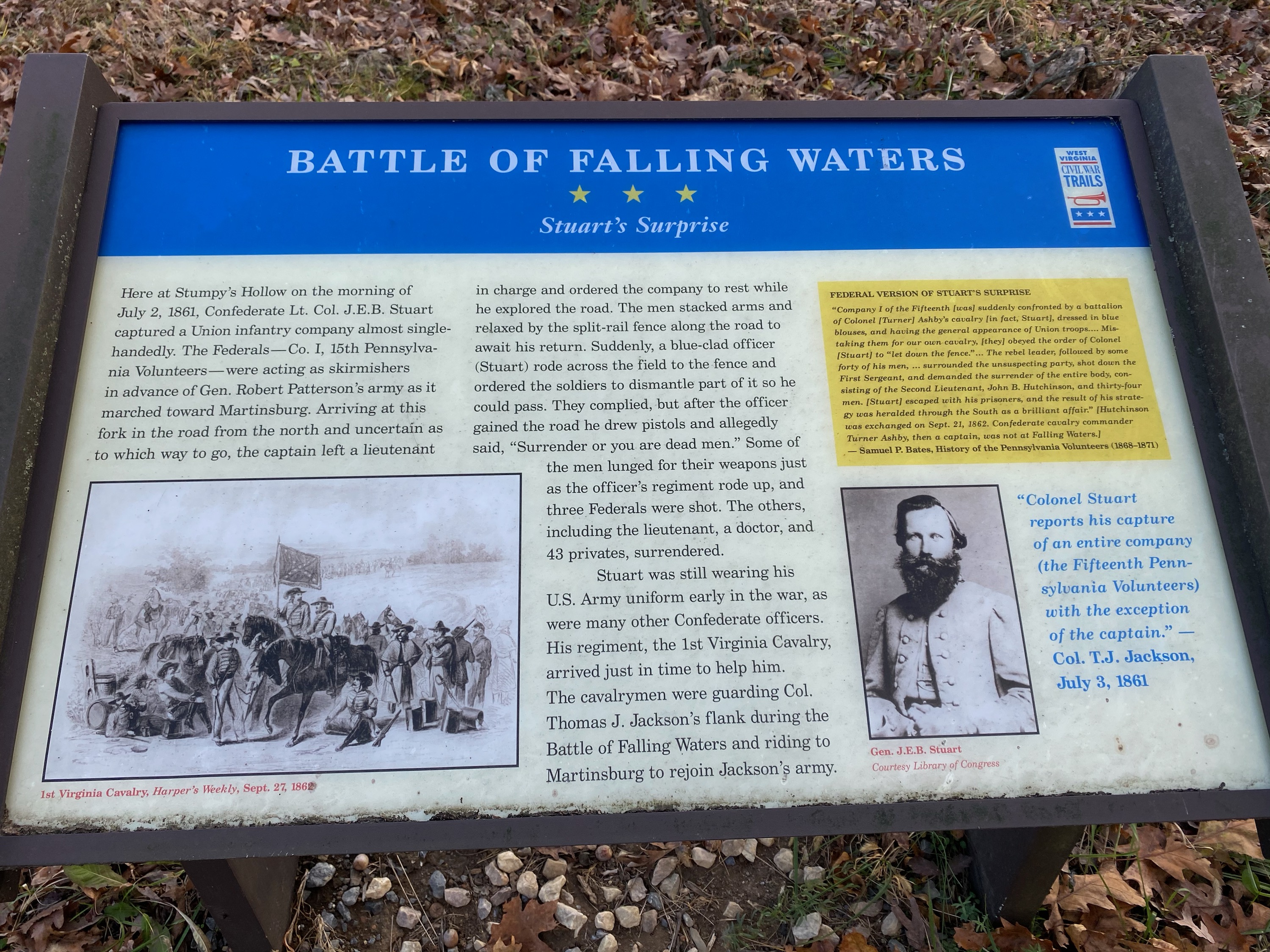 This replica was constructed to draw more attention to Stumpy's Hollow

The Battle of Falling Waters (Hoke's Run) was a small skirmish during the Civil War. America was at war at this time over states rights, more specifically the slavery aspect of that. Virginia's loyality during this time was torn. The western part wanted to stay with the Union, while the eastern part was more for the Confederacy. At the time of this battle, Falling Waters was still considered part of Virginia.

This marker is located on a piece of triangle land on the side of Hammonds Mill Road. Along with the marker, is a split rail fence, a Civil War Trail Sign, and a yellow "Stumpy's Hollow sign." Stumpy's Hollow is the name for this triangular piece of land. This land has been known as "Stumpy's Hollow" since Civil War era, but the origin of the name is unknown. The split rail fence is a replica of the kind of the fence that was there during the Civil War. The fence replica was constructed by the Falling Waters Battlefield Association in 2010.

Robert Patterson was a General for the Union. On July 2nd, 1861, General Patterson had his army marching towards Martinsburg, with Company I ahead of them acting as skirmishers. The troops then reached a fork in the road at Stumpy's Hollow. The Union caption was uncertain of which way to go, so he put a lieutenant, John B. Huchinson, in charge. The captain then went to explore their options. The rest of the troops were told to rest while he did so. The soldiers complied and rested by a split rail fence.

While they were resting, and officer dressed in blue (Union color) rode up to the fence from the nearby field. Unknowingly to the soldiers, this officer was Confederate Lieutenant Colonel J.E.B. Stuart. He had worn his U.S. Army Uniform, just like many other Confederates. He instructed the soldiers to take apart a section of the fence in order for him to pass. After the soldiers were done, the Stuart pulled out his pistols and supposedly said "Surrender or you are dead men!" The rest of Stuarts regiment, 1st Virginia Calvary, shortly arrived at Stumpy's Hollow. Three Federals were killed and the forty three others there were captured by Stuart and his men.