The Gardner Historical Museum operates out of the Foster House. Herman Foster was the co-owner of Bigelow-Foster Mercantile in downtown Gardner. He built the home in 1893 on 160 acres. Foster sold the farm to the Sheddon family, who in turn sold it to Dottie Sutton Secrist. After extensive renovation work, the home became the Gardner Historical Museum in 2003. The mission of the museum is to preserve Gardner’s history and to raise awareness of the area’s historical significance through its exhibits. 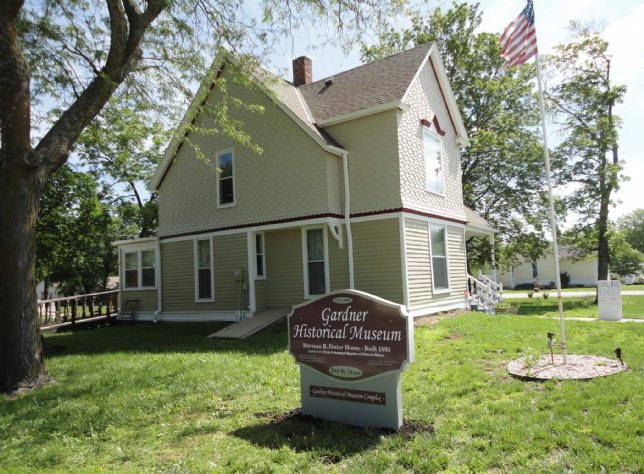 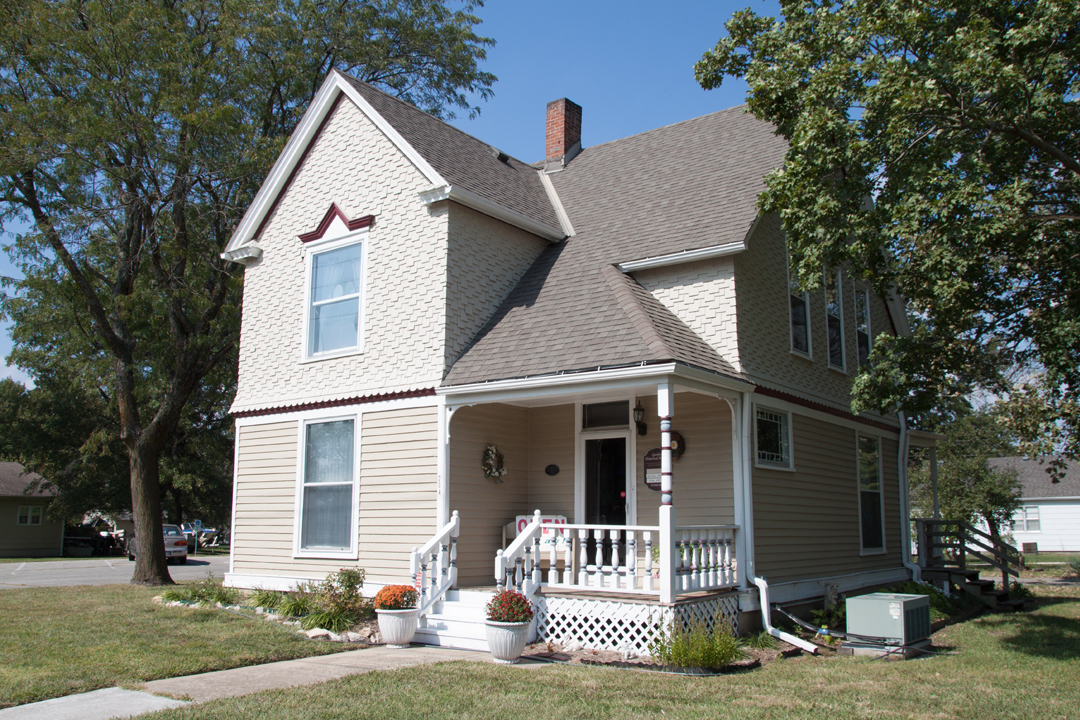 The Bigelow-Foster Mercantile, circa early 1890s 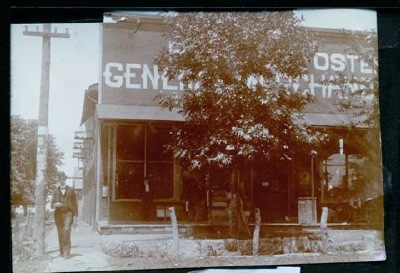 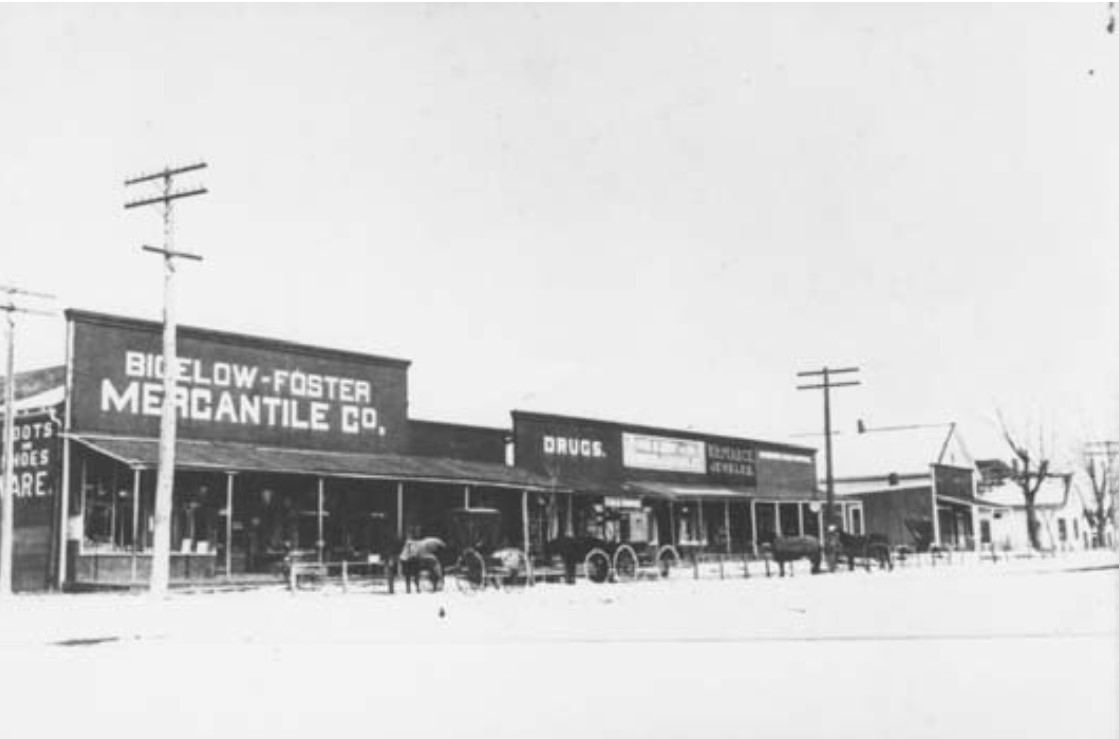 The Bigelow-Foster Mercantile can be seen in this photo, circa early 1910s. The building in the foreground was the first location of the mercantile. 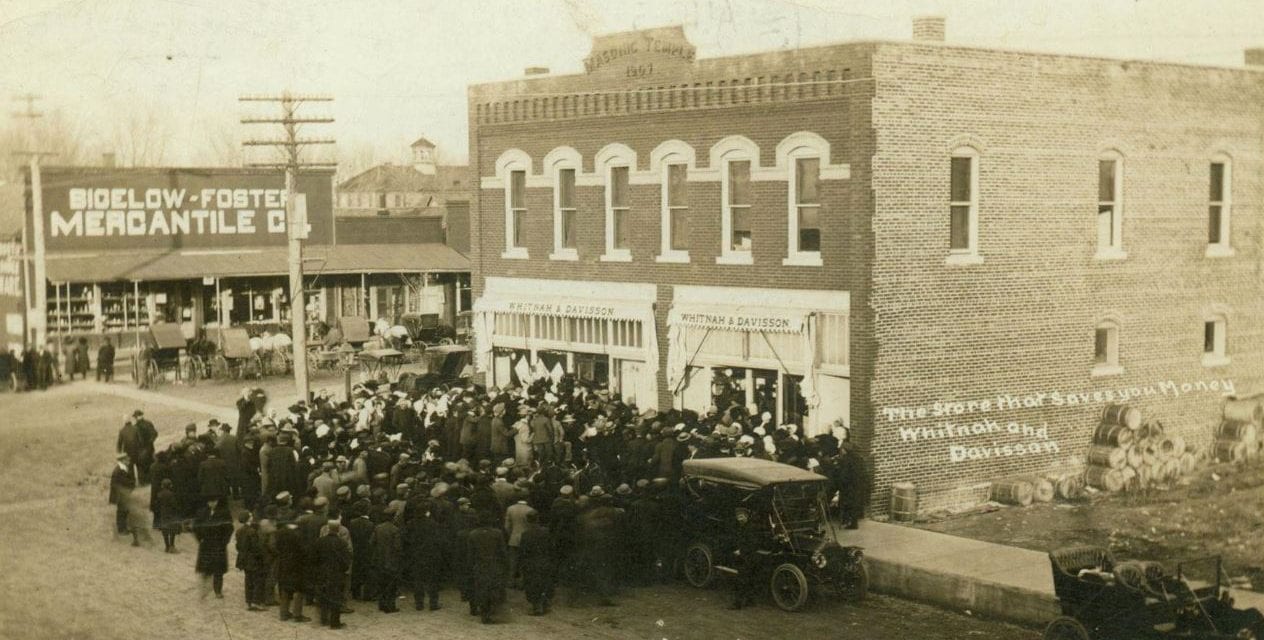 The Bigelow-Foster Mercantile, circa early 1920s 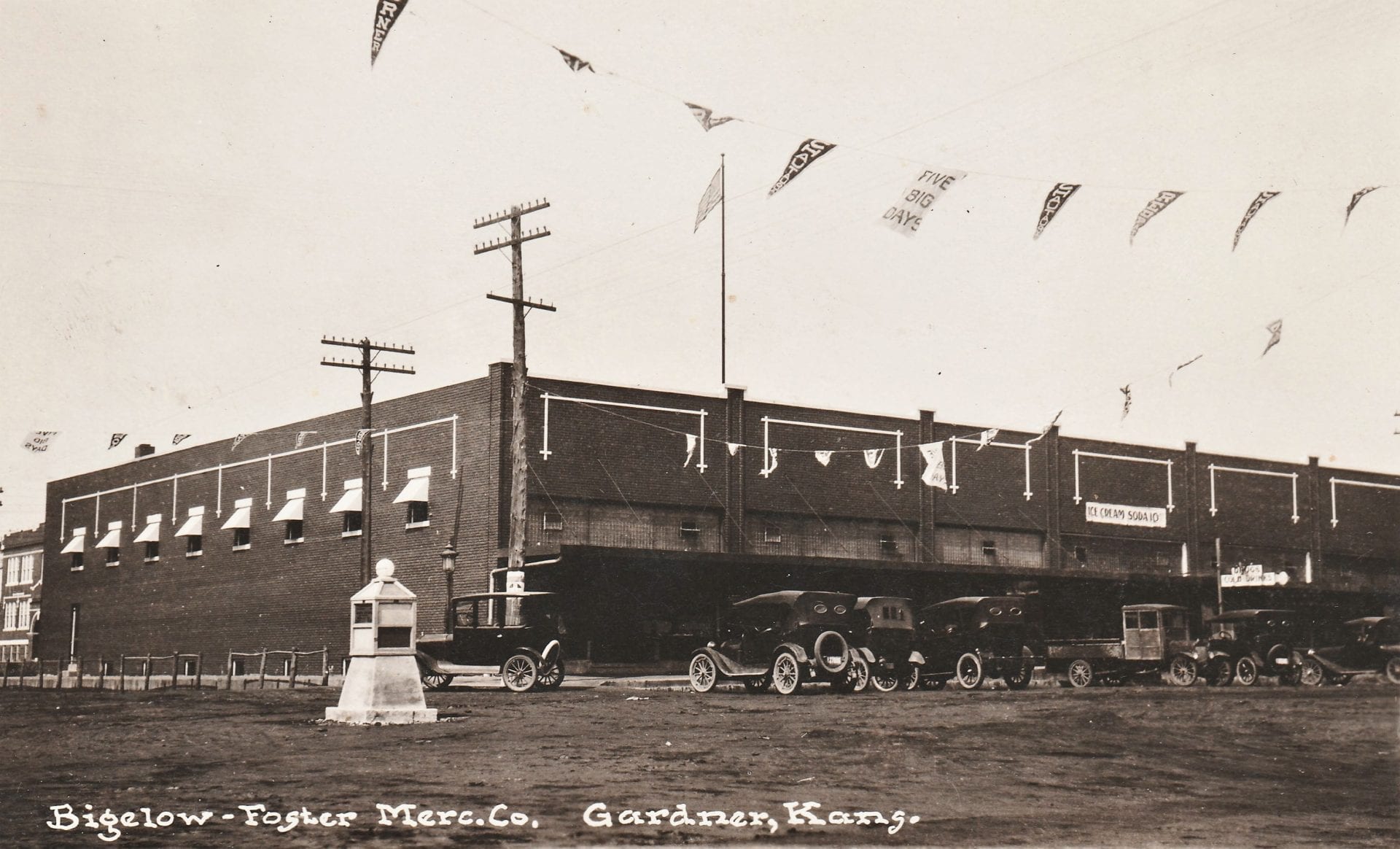 Historical marker on the site of the mercantile 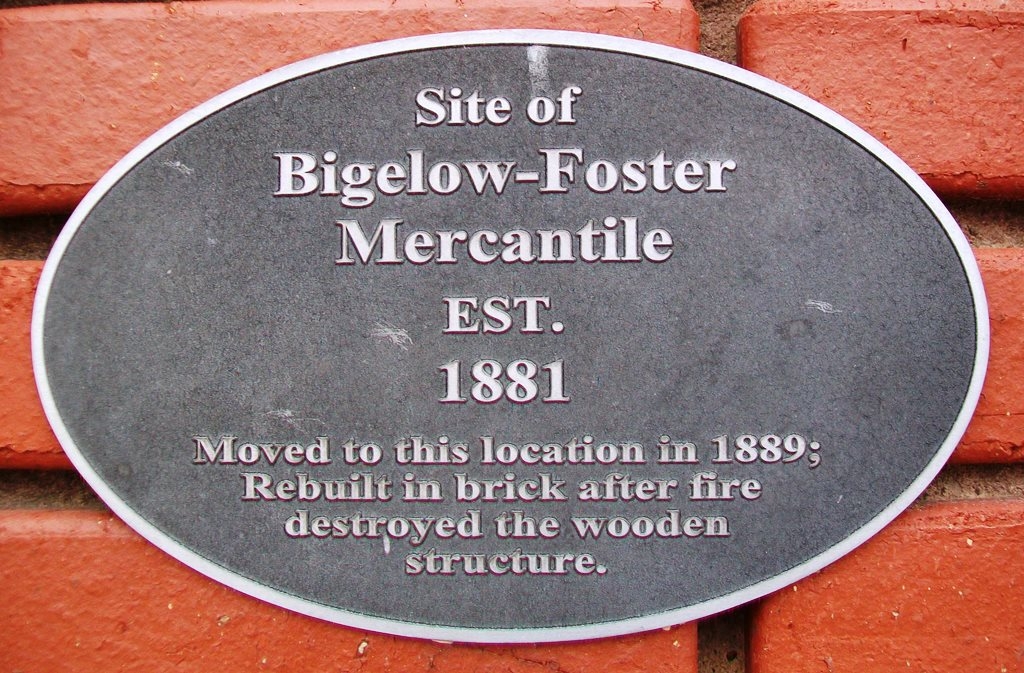 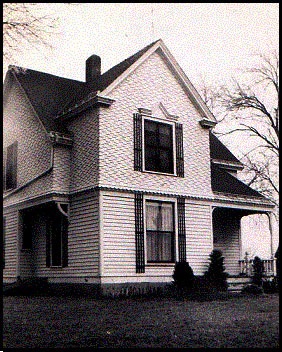 Herman Foster was a native of Michigan who moved to Johnson County, Kansas with his family in the late 1870s. In 1881, he and business partner Arthur Bigelow purchased a storefront building at the corner of Main and Elm Streets in Gardner. The building had operated as Gardner’s first store since 1858, when it was established by John W. Sponable, one of Gardner’s early settlers. In 1889, they moved to a new wood-frame building across the street, but that building was later destroyed by fire. They then rebuilt a new brick building on the site, which still stands today. Bigelow-Foster Mercantile installed the town’s first telephone in 1899. The store operated under the name of Bigelow-Foster for about 30 years. In addition to owning the store, Herman Foster was an influential member of the school board and city council for several years.

Foster purchased 160 acres of land on the affluent west end of Main Street and constructed his family home there in 1893. The wood-frame home has been described as “Folk Victorian style,” meaning that it features Victorian elements that are more subtle and less elaborate than traditional Victorian. According to Nancee Rankin of the Gardner Historical Museum, “Folk Victorian houses often reflected a more localized or vernacular interpretation of popular trends” with “Victorian-inspired trim and ornament.” The two-story home has clapboard siding on the lower half and wood shingles on the upper half, with a scalloped edge separating the two. It originally had a front porch and two back porches, but one of the back porches has since been enclosed. The home is about 1,300 square feet, with original features such as wood floors, transom doors, hardware, and stained-glass windows. The original chicken coop still sits on the property as well.

The Fosters lived in the home until 1902, when the family moved to Colorado for Herman Foster’s health. They sold the property to farmer Clarence Sheddon for $2000. Over the years, the original 160-acres of land was parceled out, and most of the outbuildings were removed. Four generations of the Sheddon family lived in the house until 1943. It was then sold to Dottie Sutton Secrist, a local businesswoman who ran a café, store, and bus stop stand in Gardner. She also used the chicken coop to generate a side income, selling eggs and chickens raised there. Secrist died in 2001, and the home was then converted into a museum.

The Gardner Historical Museum has operated out of the Foster house since 2003. The museum received a grant from the Johnson County Heritage Trust Fund to renovate the property, and add improvements to the outside, such as new paint, an accessible ramp to one entrance, and a parking lot. The museum features exhibits that tell the story of the westward expansion of the US, pioneer life, the Civil War, and other local history topics. The home was listed on the National Register of Historic Places in 2007.