The Collier Memorial was erected in honor of MIT Police Officer Sean Collier in 2015, following his death in the aftermath of the 2013 Boston Marathon bombing. Designed by J. Meejin Yoon, the memorial is comprised of a series of milled stone blocks assembled into, "a five-way stone vault" (MIT List Visual Arts Center). The unique structure stands on Vassar street, where an impromptu memorial appeared shortly following Collier's death. 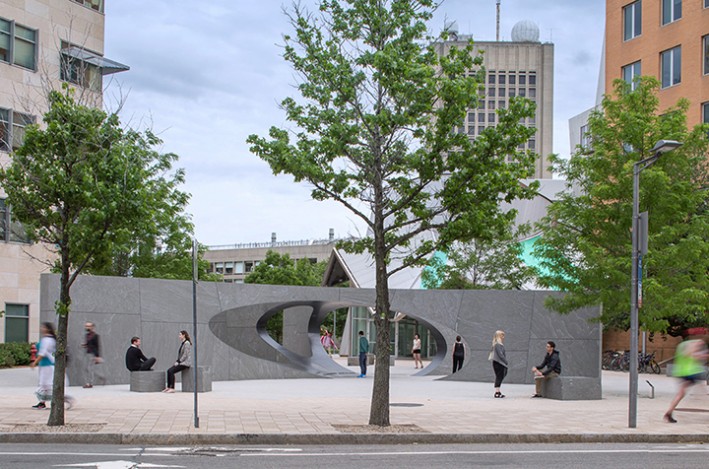 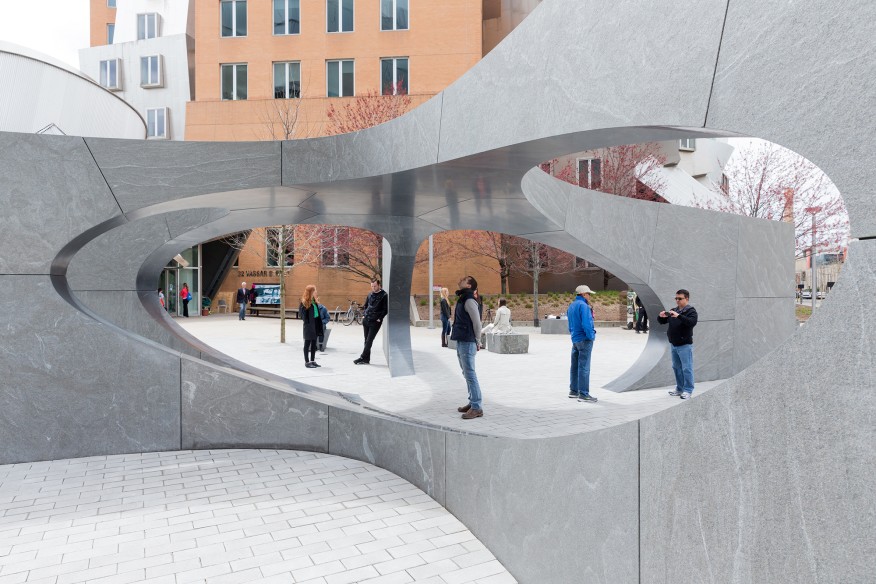 Officer Sean Collier was killed in the aftermath of the Boston Marathon bombing in his patrol car. Deeply engaged with the community, Collier was known to frequent campus pubs and was a member of MIT's Outing Club. Following his death, Provost Martin Schmidt and director of facilities, operations, and security John DiFava gathered various members of the MIT community, who decided on asking architecture department head J. Meejin Yoon to design a memorial. The committee against a design competition and selected Yoon, with Schmidt citing that, "A lot of people felt... the designer [needed to] be someone who understands MIT" (Humphries).

The monument, "combines age-old structural techniques for spanning masonry vaults with new digital fabrication and structural computation technologies" (List Center), utilizing, "a single-axis robotic block saw, then... a multiple axis KUKA 500 robot" (MIT Architecture). The robotic fabrication process allowed Yoon's team to achieve tighter tolerances, ultimately the, "milling process produces final stone pieces that are within a 0.5 millimeter tolerance of the digital model" (MIT Architecture). Each of the thirty-two Jet Mist granite blocks - in conjunction with internal steel pins - supports those above them, resolving the force throughout the structure. A cluster of lights embedded in the ground surrounding the memorial map the constellations overhead the night Collier was killed.

The Collier memorial was unveiled on April 29th, 2015, with more than 3,000 from the MIT community in attendance. It stands today a facet of MIT, and a reminder of Officer Collier's sacrifice.

In 2018, a driver crashed his car into the memorial. While the car was totaled, the memorial was only lightly damaged. It was soon cleaned and repaired.