Akron's Werner Building was constructed in 1895 by Paul E. Werner. Werner, a German immigrant whose publishing company included local newspapers such as the Akron Tribune and the Sunday Gazette. Werner Printing and Lithographing Company also produced the Werner Edition of the Encyclopedia Brittanica. The company started facing financial trouble in 1908 due to legal disputes with Encyclopedia Brittanica for producing the "Werner Edition" using content from the original publisher without authorization. After a loss of $1,000,000, the Werner Company went bankrupt and Paul E. Werner eventually left Akron and moved to Kansas City in hopes of escaping local backlash due to pro-German rhetoric regarding World War I. Werner later moved back to Akron and continued publishing the Akron paper, Germania, until his death in 1931. The 20,000+ square foot building listed for sale in 2019 with an asking price of $775,000.

The Werner Building as it originally stands. 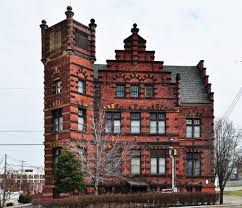 The main entrance of the Werner Building. 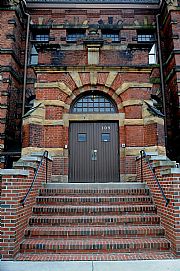 The Lobby of the Werner Building. 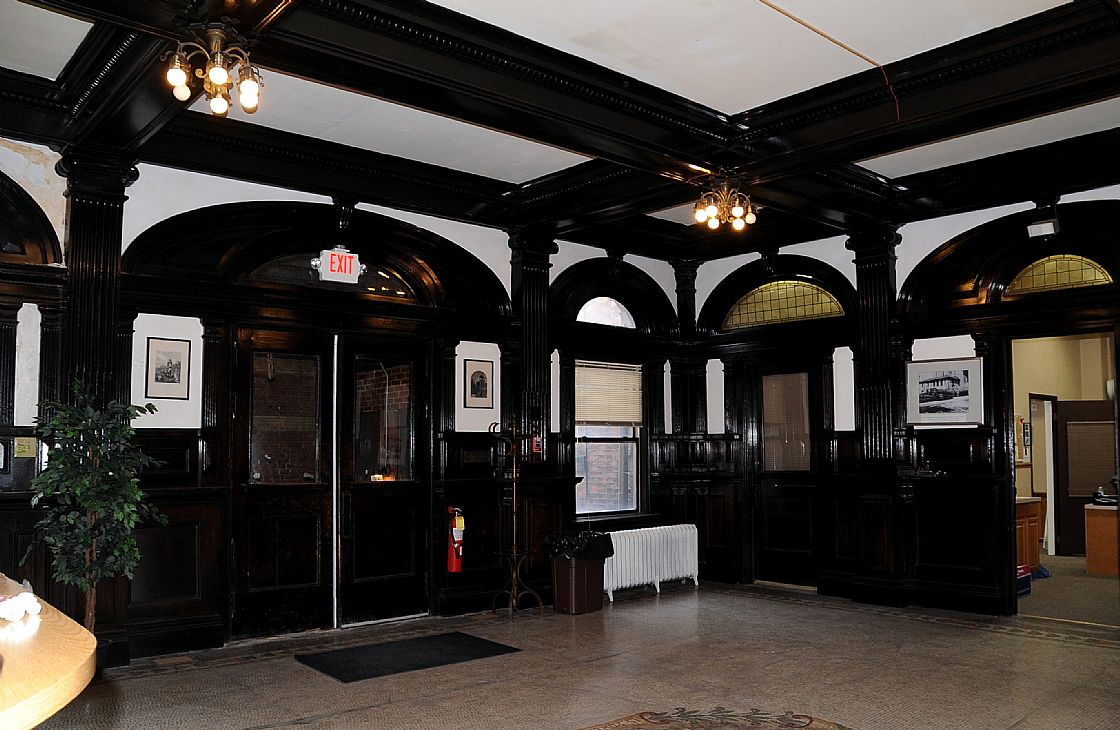 The Werner building was constructed in 1895; the building functioned as the administrative building for the Werner Publishing Company. The Werner Publishing Company was founded by Paul E. Werner, a German immigrant. Werner was originally born in Wurttemberg, Germany in 1850, in 1867 Werner immigrated to the United States. Werner began his career in printing in 1874, when he purchased the German newspaper in Akron called the Germania. Werner continued his career by founding the Sunday Gazette and the Akron Tribune. In 1886 Werner founded the Werner Printing and lithographing Company.

The Werner Printing and Lithographing Company began publishing many various texts. One such text was the Werner Edition of the Encyclopedia Britannica. This book was fraught with controversy, as this reprint was unauthorized. This reprint was banned from distribution in the United States due to it being an unauthorized text. The company was re-organized in 1983 and was renamed to the Werner Company. The company began facing financial difficulties in 1908, including a $1,000,000 loss due to the legal battles with the Encyclopedia Britannica. In 1909 the Werner Company officially went under.

Werner moved Kansas City in 1914 due to the public backlash against him for his pro-German rhetoric during World War 1. In 1926 he returned to Akron and attended a dinner in his honor by F.A. Seiberling. Werner published the Akron Germania until his death in 1931. A host of companies has occupied the Werner Building since 1909, most recently the building was the headquarters of the Famous Supply Company.