The D.C. Booth National Fish Hatchery and Archives was established in 1896 and is one of the oldest operating hatcheries in the country. Its original purpose was to breed, stock, and establish trout populations in the Black Hills region. The hatchery continues this work today. The site features the Von Bayer Museum of Fish Culture, archives, the historic 1905 Booth House, a replica of a railcar called Fish Car No. 3, a replica ice house, a restored boat called U.S. Fisheries Boat #39 used by the hatchery, the hatchery ponds, and trails. The museum, which is housed in the original hatchery building erected in 1899, collects and preserves fish hatchery objects from around the country, and also explores the history of fish culture and technology. The museum's fish management and culture collection—the largest in the U.S.—holds more than 185,000 items including equipment, periodicals, publications, and personal artifacts. The museum also offers a variety of educational programs for schools and the public. The entire hatchery site, which is ten acres in size, was added to the National Register of Historic Places 1978. The hatchery is historically significant for its role in wildlife conservation and its positive economic impact on Spearfish. 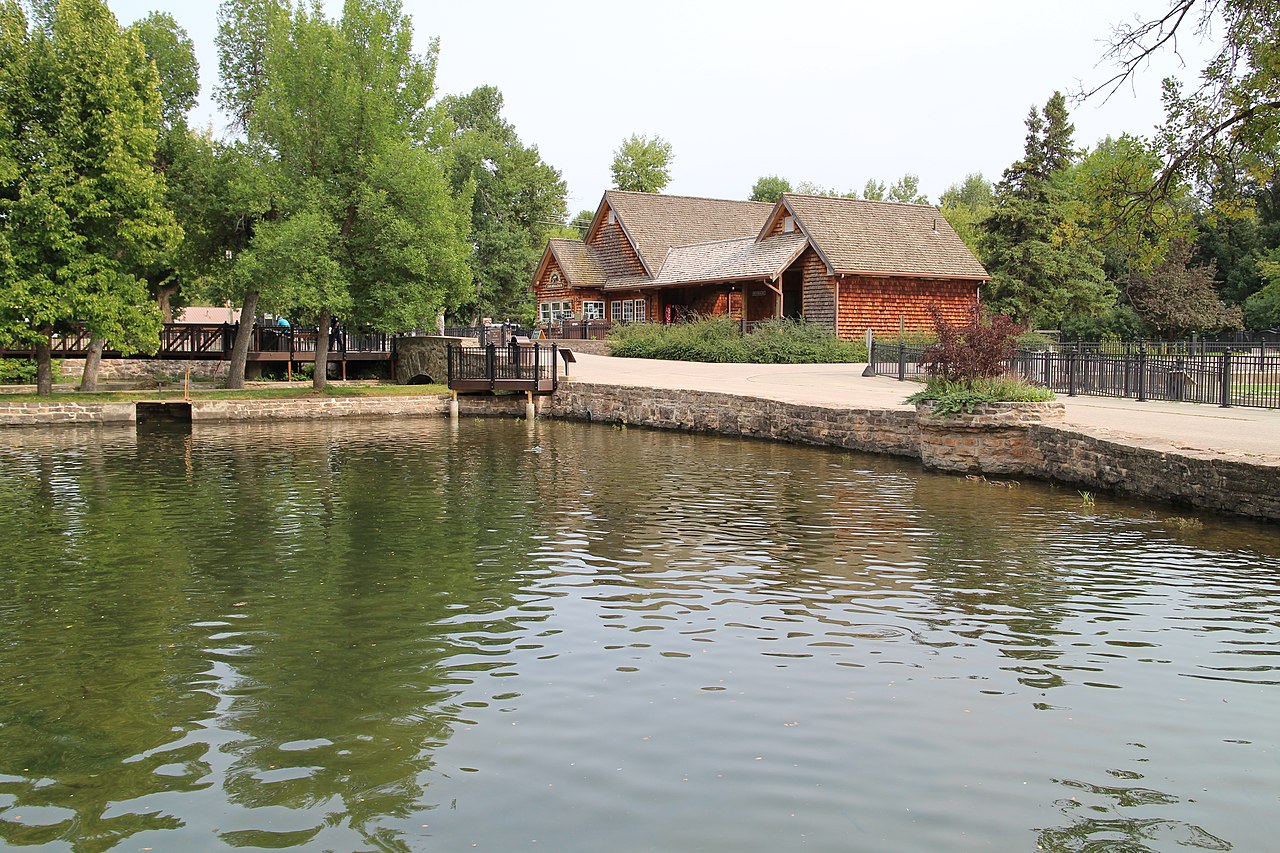 Fish Car No. 3 explores the history of the fishery railcars in the country. 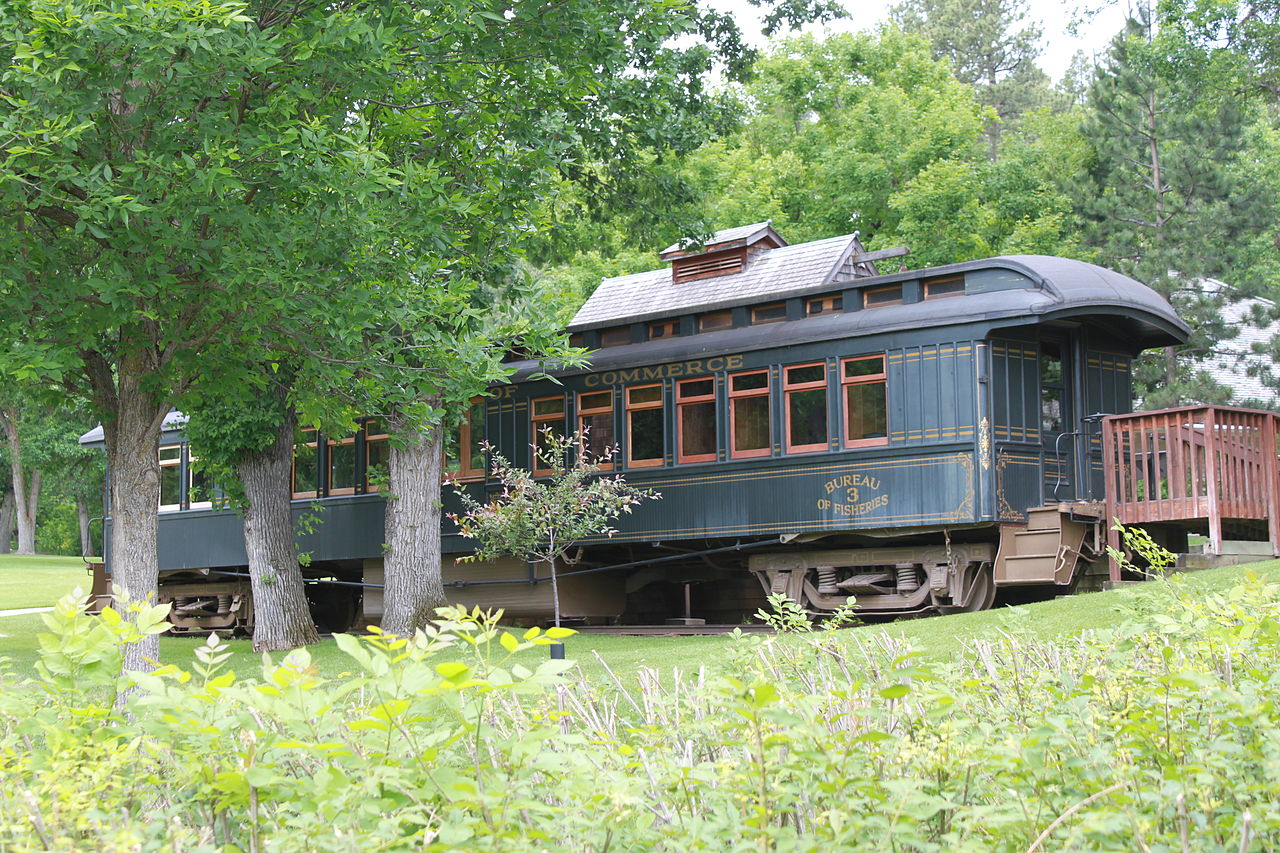 U.S. Fisheries Boat #39 was used to collect trout eggs from a lake in Yellowstone National Park. 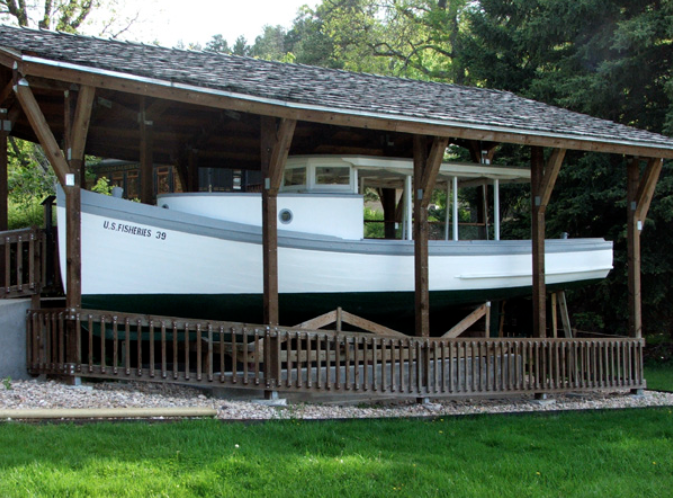 The idea for the hatchery originated in 1890, when South Dakota Senator R.F. Pettigrew appropriated funds to study the possibility of opening a hatchery in Nebraska, Wyoming, Montana, or either South or North Dakota. In the end, this location was chosen because it had cold spring water (necessary for egg incubation), it was close to Spearfish, and had access to the region via the railroads. Congress appropriated funds to establish the hatchery in 1896 and it opened in 1899. Budget cuts forced the hatchery to close in 1983 but it reopened in 1989 in its current configuration with the museum and other facilities.

As noted above, the Booth House was built in 1905. It is named after the first superintendent of the hatchery, Dewitt Clinton Booth, who lived here with his family. It was designed in the Neo-Colonial Revival style, featuring classical columns, large oval windows, and a bay window. The interior features period furnishings and Booth family memorabilia.

The hatchery used Fish Car No. 3 (not this one specifically; it is replica) to transport fish to takes and rivers throughout the Black hills. Hatcheries needed these specially designed rail cars because refrigerated tanker trucks had not been invented yet. Railcars provided a fast way to keep the fish alive long enough to reach these lakes and rivers. Inside Fish Car No. 3, which is the only federal fisheries railcar exhibit in the U.S., visitors will learn about the role these cars played in the fish car era which spanned 66 years.

In 1901, the hatchery opened a substation in Yellowstone Lake, which is located Yellowstone National Park. Hatchery workers used U.S. Fisheries Boat #39 to collect Black-sprouted trout eggs. At the time, getting to the lake was somewhat difficult as no railroads reached it. Once a year, the workers had to go on an overland expedition to get to the lake, first by railroads then by wagons. These expeditions took place between 1901-1911.

Grounds are open every day of the year. The museum, Fish Car No. 3, and Booth House are open from May-September