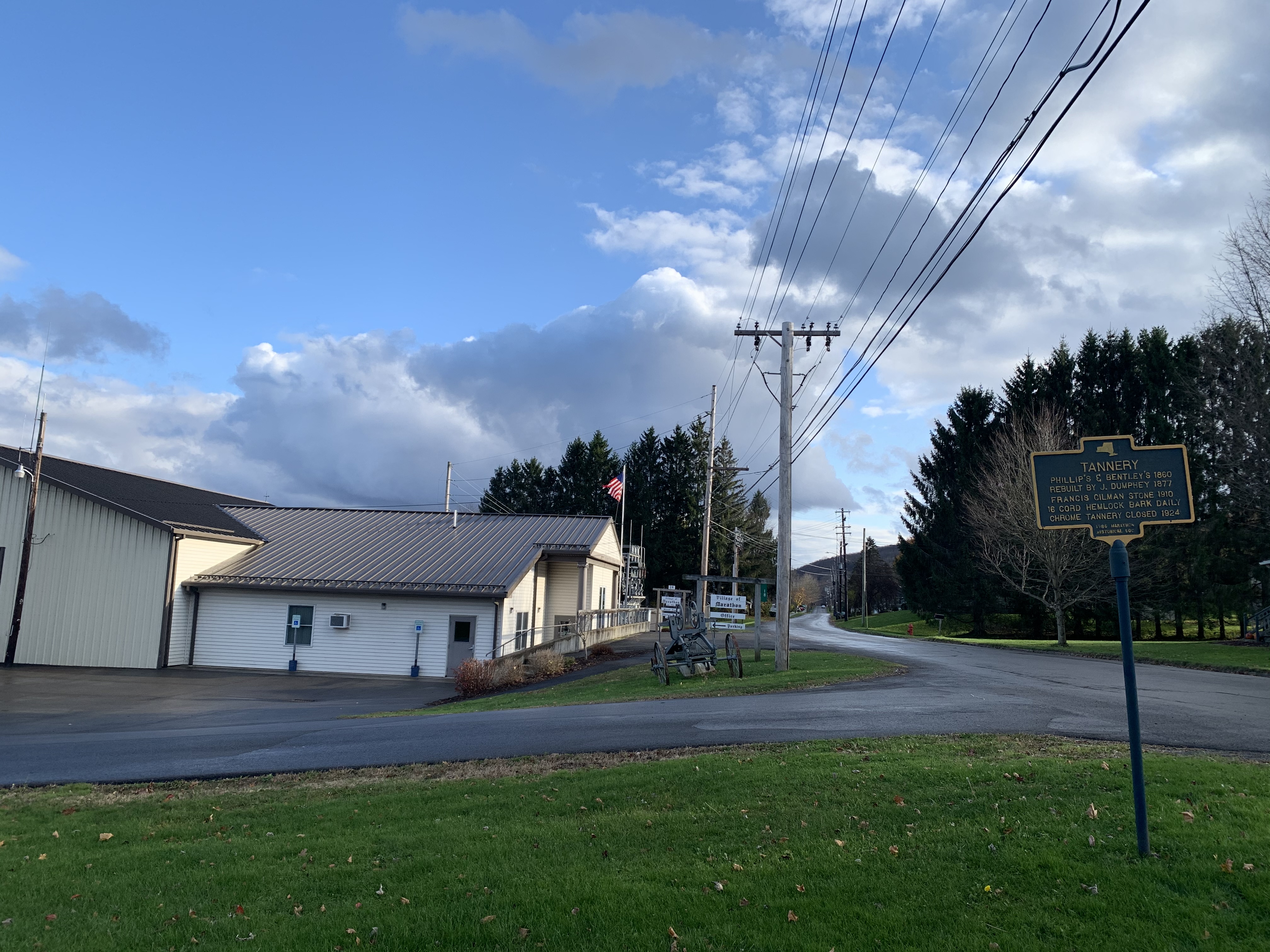 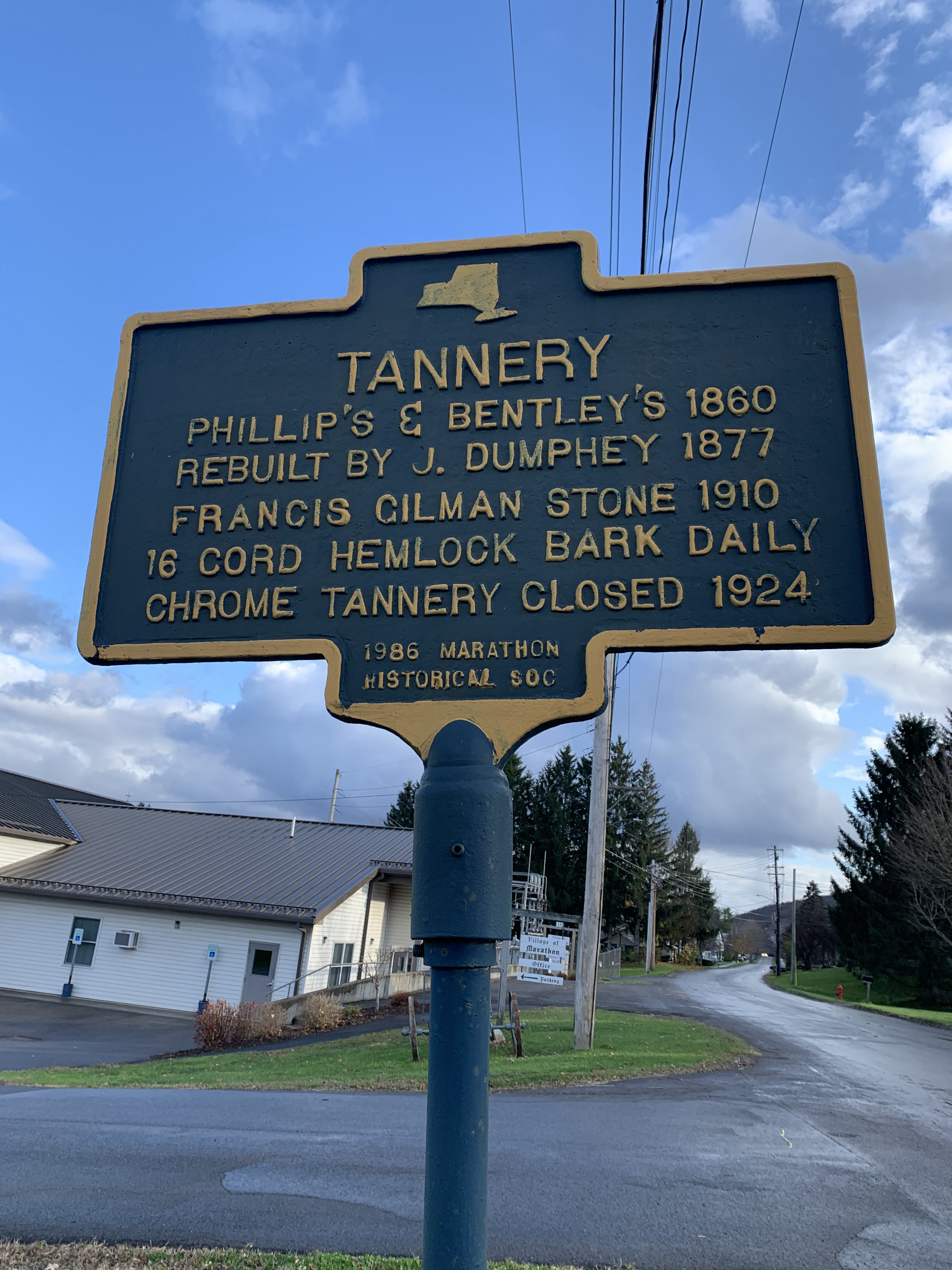 A tannery is a place for treating and tanning animal hides and skins. This process allows the animal hides to be turned into leather. The Phillips and Bentley Tannery in Marathon, New York first opened its doors for business in 1860. The first owners of the tannery were two men who worked as partners in the business, L.S Phillips and William Bentley. The tannery would quickly become a successful business for the two men but on October 5, 1874, just fourteen years after it first opened, the tannery was destroyed in a fire. However, the tannery would be rebuilt in 1877 by a man named John Dumphey.

Dumphey was a successful business man from New York City who saw the Tannery as a wise financial investment. Dumphey continued to reside in New York City and employed many local man from Marathon to run his business. The tannery would continue to thrive under its new ownership and its new name of Dumphey and Sons Tannery. At its peak, Dumphey and Sons Tannery was going through 16 cords of hemlock bark a day in the tanning process. For reference, 1 cord of wood is equivalent to 128 cubic feet. This means that the tannery was using just over 2,000 cubic feet of hemlock bark to tan their hides every day. Dumphey and Sons Tannery was not completely free of adversary though, as on October 1, 1885 the third floor of the building caught on fire. The fire was quickly put out and most of the building and the bark were saved but it's estimated that the fire caused nearly $60,000 in damages.

Dumphey and Sons Tannery continued its success until 1906 when they had to file for bankruptcy. Upon the bankruptcy and the passing away of two of the three owners, the deed for the land was divided among 13 local Marathon residents. In 1909, Francis Gilman Stone recognized the opportunity that was available and his company Francis G. Stone and Co. began to lease the tannery for $500 a year. He made the decision switch from bark tanning to chrome tanning, a process that used much less bark, and in 1910 the tannery reopened as Chrome Tannery. Chrome Tannery remained opened until 1924 where, as with many of the other tanneries throughout the country, it was forced to close its doors due to a lack of business.