Built by his son General Daniel Miller, the John Miller Cabin is in commemoration of one of Cortland County's earliest settlers. As one of the first of those to reside within the Cortlandville limits in 1792, Miller had roles in the newly established local government, such as Town Supervisor in 1795. Upon settling in Cortlandville, the land of which the marker came to recognize was one of conflict and revolutionary era barter, as Miller's claim to his land was questioned and challenged on multiple occasions, giving us an excellent introduction to Cortland County History, and what day-to-day life was like in late 18th century America. 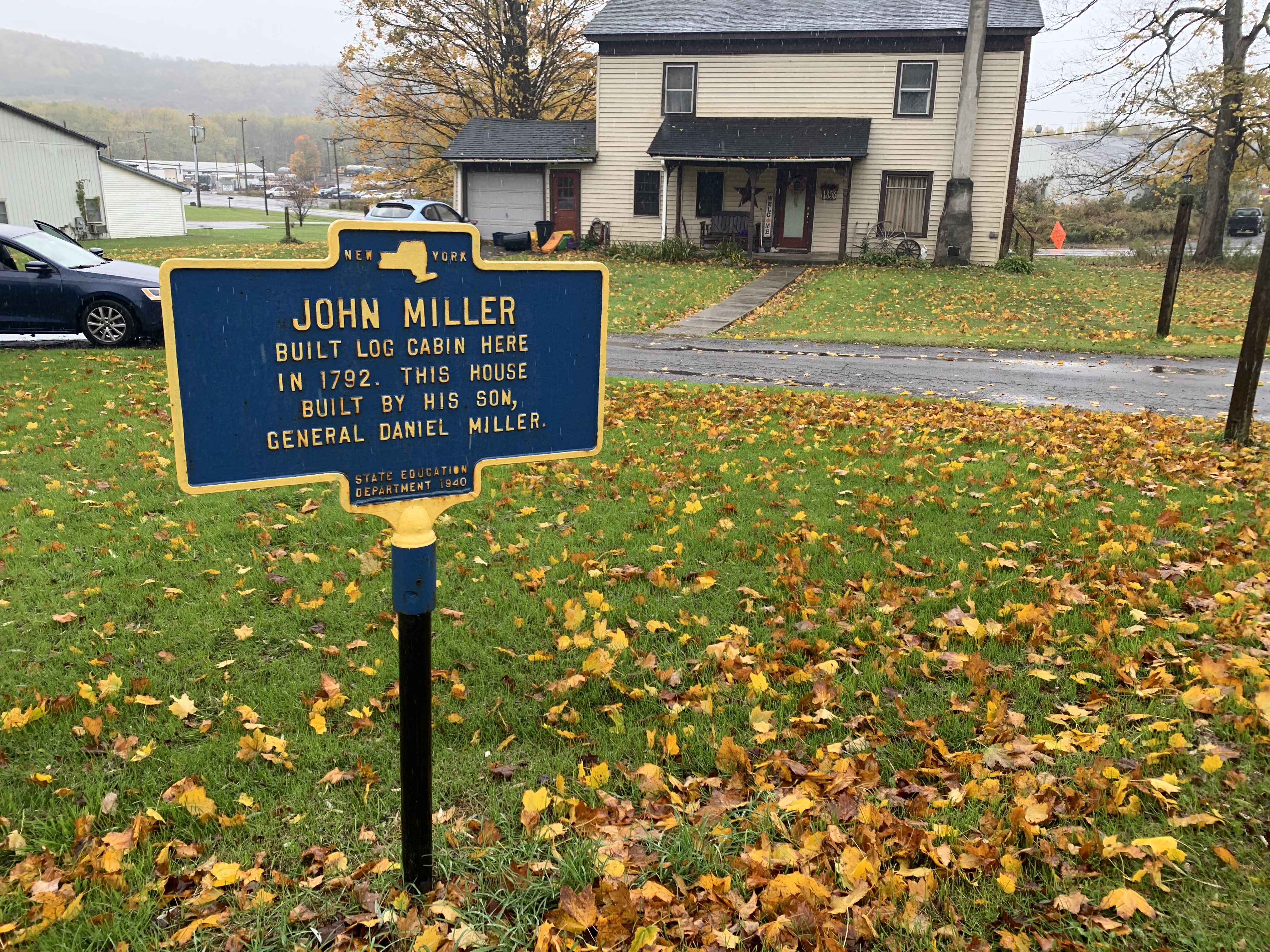 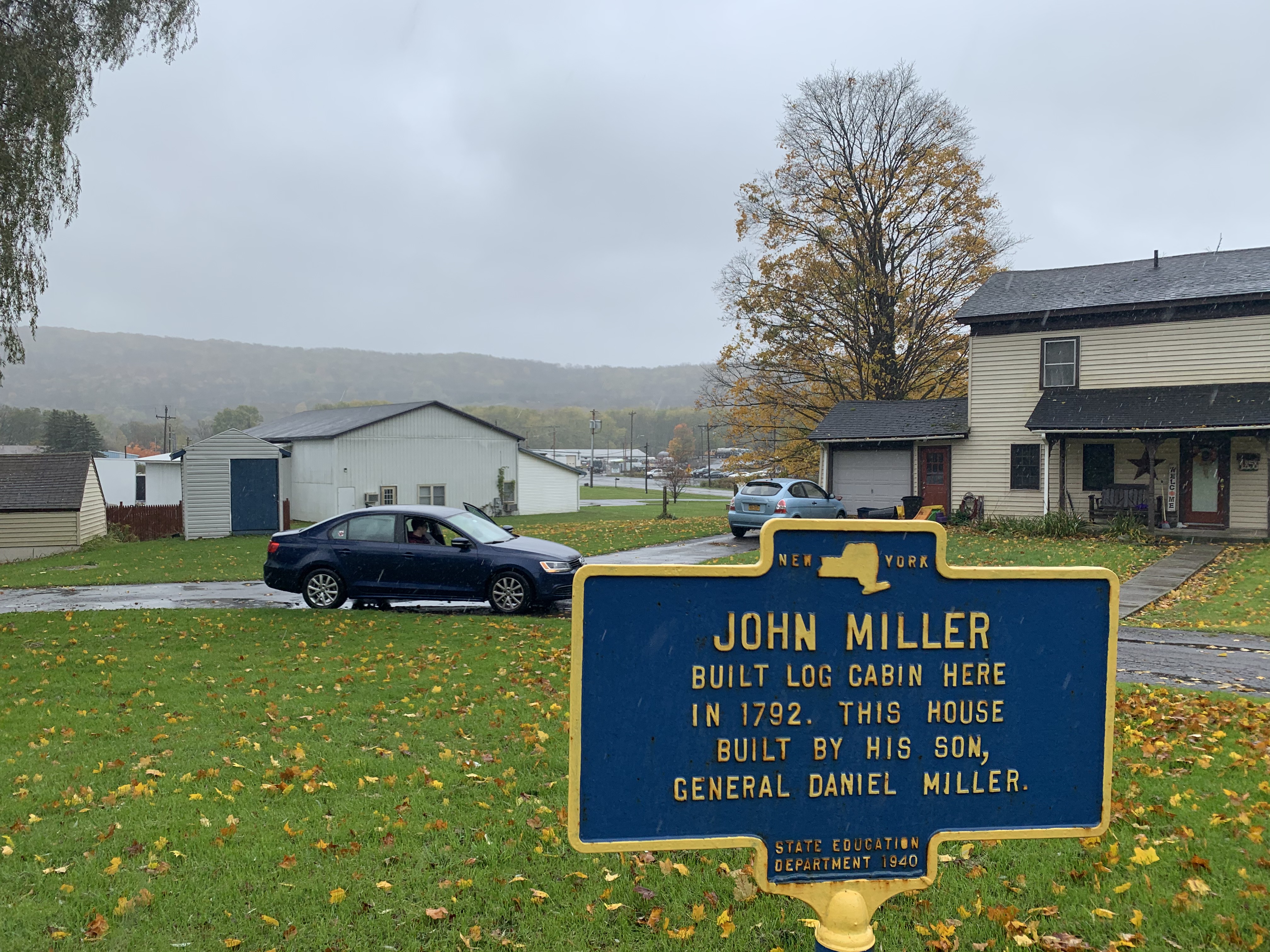 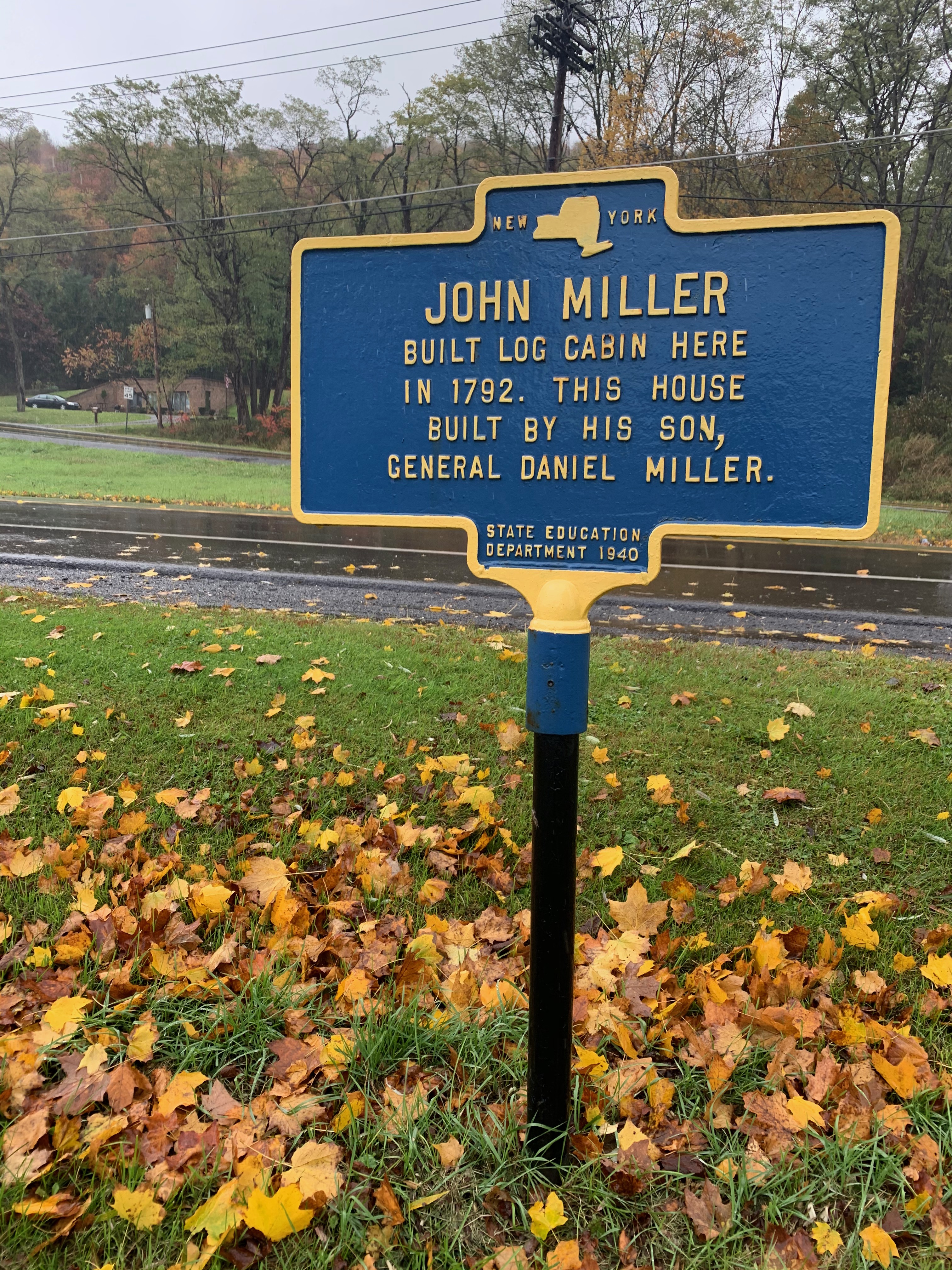 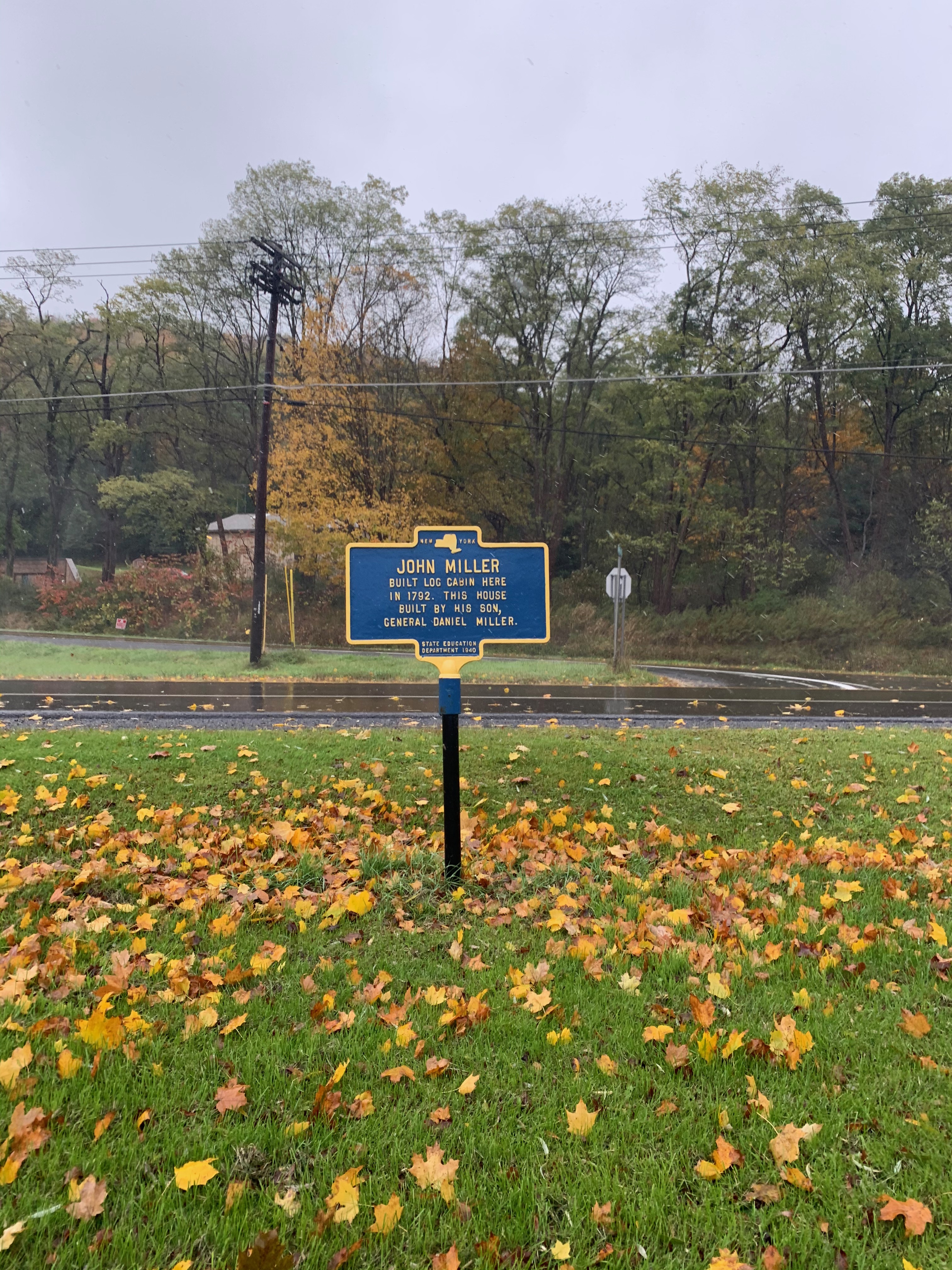 Arriving and making his family's permanent residence in the spring of 1792, John Miller became one of the first people to live in Cortland County, shortly after exploring the deep branches of the Tioughnioga River the season before. Miller had moved up from New Jersey, where he had been known as a man of good sense & sound judgement, while being "terribly disfigured" by smallpox. He was accompanied by his wife Hannah, and two sons. One of his sons Daniel, would go on to become an accomplished military General, while the other has little written about him, as it's believed he died at a very young age. This cabin, helped built by the then 18 year old Daniel Miller in 1792, was the home for the Miller family in the very early years of Cortlandville,

To explain this next section, context is needed. Following the Revolutionary War some soldiers were payed their pensions of war, as promised when enlisted, with money, bonds, and lots of land that they had to claim. Sometimes these lots were purchased before they had been claimed, resulting in disagreement. With this early, unruly time period came aforementioned conflict as far as land-claiming goes. Settling in Lot 56, the Miller family used their time to clear the land of timber and make other improvements after they paid it off. Shortly after a young soldier laid claim to the lot he had been promised before he went into the military. He claimed he had never conveyed the land, plus he said he wasn't of age so he couldn't have sold them the land in the first place. Miller came to an agreement so that the man would live with them until he was 21. When this happened Miller paid the man and he soon seemingly left town shortly after getting the money. It later came out the man deceived Miller of his age, and as a result of their dissatisfaction with the agreement, his friends tried to fool the Miller's into thinking the man had died so they could claim the land in the name of his heirs, as technically the deal wasn't valid due to his age. This scheme didn't work, and the situation got worse for Miller with threats continuously thrown his way. A final settlement was made eventually between the man and Miller.

After all of this Miller assumed his land troubles were over, but soon, another stranger came and claimed the 50-acres of land in the North-East corner of the property, where the Miller's did most of their improvements on. Since the man had a valid title to the land, the only resolution was a settlement, which resulted in Miller paying $5 per acre of land.

Finally, after living 7 years on the land in a log-cabin not big enough to be a horse stable, and having to pay for the land twice, as well as part of their land three times, the Miller's finally had a valid title.The importance of this story, land, and person can be seen in the content of Miller's journey. A story representative of the times, Miller took the trip not knowing exactly what was up in what is now Cortland County. Along with this is the conflict of land claiming, which is a very Revolutionary era problem, and a problem only historians and now you know more about.

Myers, Helena. History of the Town of Cortlandville up to 1900. Volume 1. Cortland , New York .