Site of the Old Stone Mill

The historical marker located just off the intersection of New York State 392 and Parker Street is about a stone mill built by Gaius Rudd in 1856, later on in history it would be known as Angell's Mill and Rockdale Mill. However a terrible flood had washed away the Rudds mill. Which led to the purchase of the mill by E.D. Angell and was successful in operating it after Rudd sold it to him. 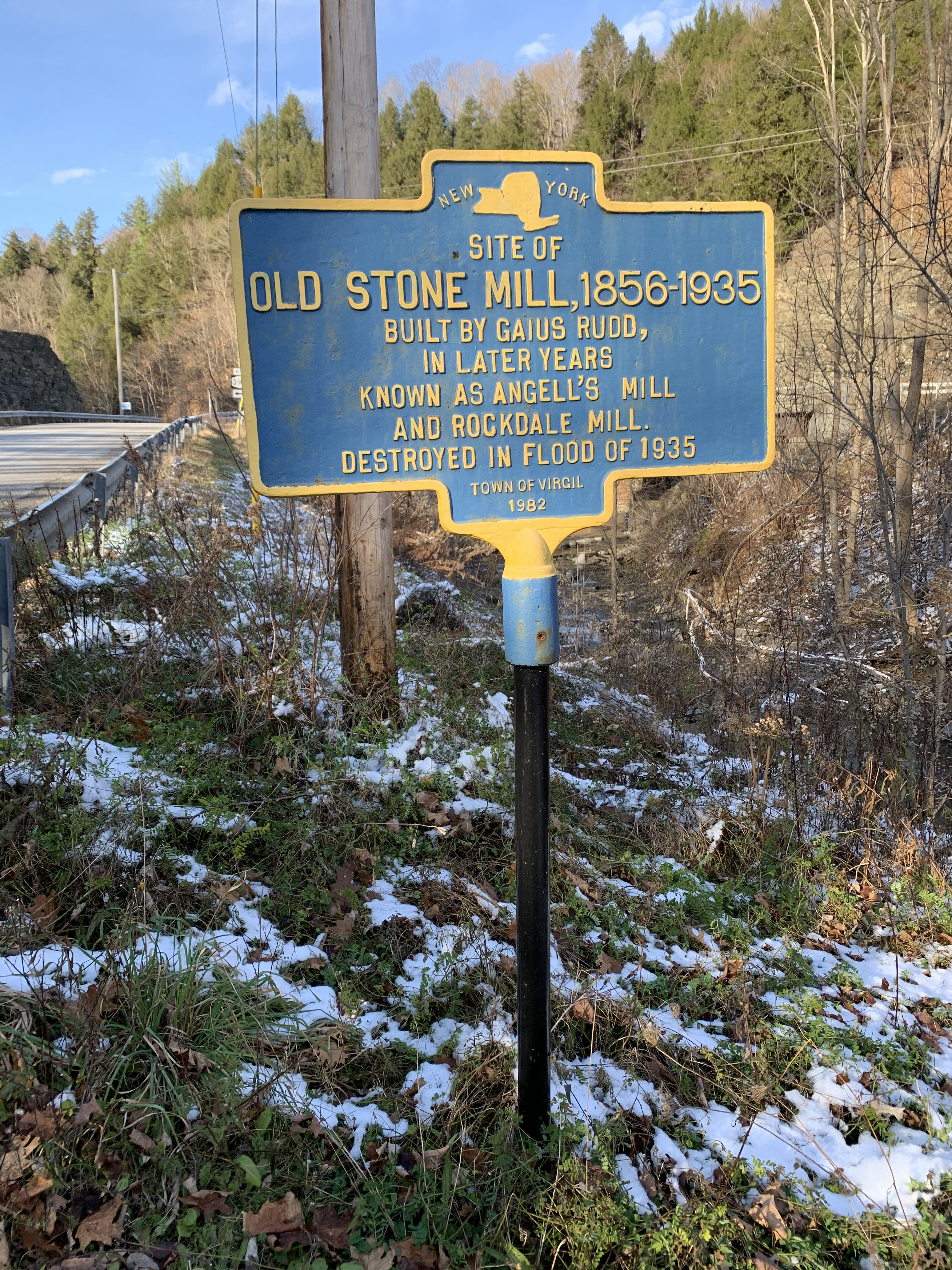 Originally the first mill built in Virgil by Mr. Vandenburg in 1819. It was built on or near the site of E.D. Angell. A saw mill was also built by the same man at the same point. The property had been passed on to Reubin Gridley, who operated the mills for about ten years. Gridley was one the foremost settlers in eastern Virgil, he would have a small hamlet named after him. This would later be known as Gridley Hollow. The present stone mill was built by Gaius Rudd in 1856, just after the terrible flood that swept all the surrounding mills and bridges between the Virgil Corners and the river at the State Bridge. Rudd occupied the grist-mill, the saw-mill, since they had been abandoned until the current owner, E.D. Angell bought it and he was successful in the operation of the mills.