This Arlington estate was constructed by a German immigrant, George N. Saegmuller, from 1894 to 1903. Saegmuller married a daughter of the landowner and settled into an existing house on the 240-acre estate. After the original house was destroyed by a fire in 1892, plans began for the construction of this mansion. The home was constructed of local stone with a stone water tower modeled after the city wall of Nuremberg, Germany. Saegmuller was an engineer and inventor who worked for the U.S. Coast and Geodetic Survey. He also created a scientific optical instruments company that later merged with Bausch and Lomb. The mansion boasted the first private telephone in the county and served as a summer home or center of a dairy farm operated by Saegmuller's three sons until 1940. The property was purchased by the Columbus Club of Clarendon and still serves as the local headquarters of the Knights of Columbus. 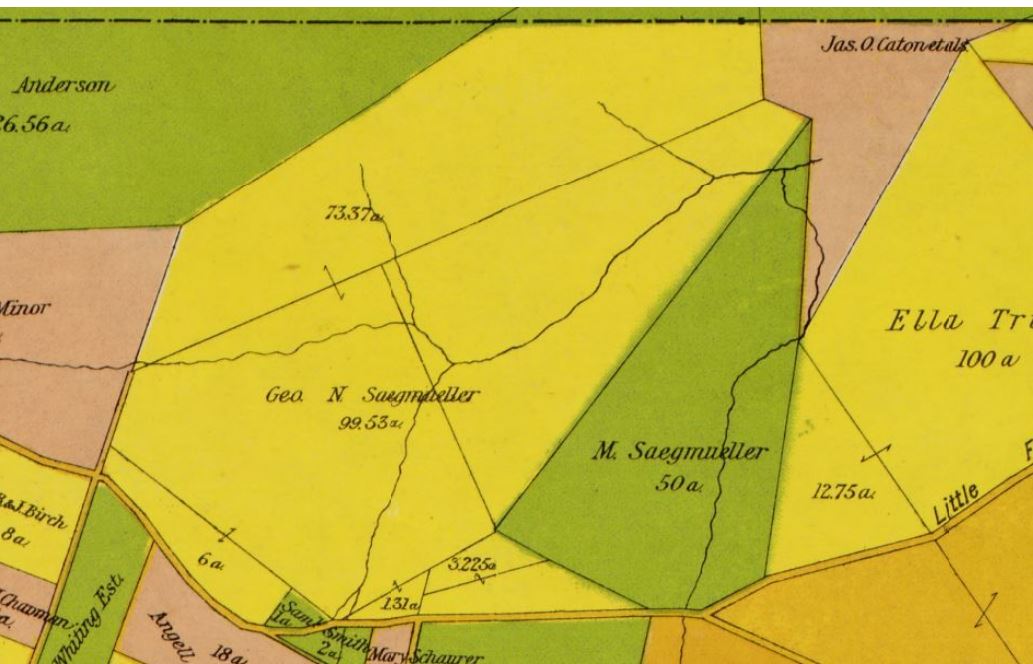 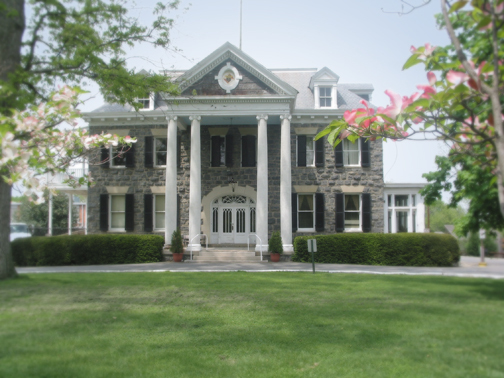 The Saegmuller Mansion brings the look of a German Medieval city to Arlington. The house was built from 1894 to 1903 by George N. Saegmuller who had immigrated to the U.S. from Germany in 1870. Saegmuller was a trained engineer and soon found work in American at a manufacturer of scientific instruments in Washington, D.C. The William Wurdeman firm made geodetic and astronomical devices. Saegmuller later worked for the U.S. Coast and Geodetic Survey.

While living in a boarding house, Saegmuller met and married Maria Jane Vandenburgh. The couple settled on 240 acres in Arlington on Reserve Hill, the estate of Maria's father. They lived in a pre-Civil War, two-story wood frame home that burned to the ground in 1892. Saegmuller rebuilt at the same location and took inspiration from his childhood in Germany when designing the new house. Bluestone was quarried on the estate for the massive mansion, with over 3,700 square feet of living space in its 21 rooms. The mansion includes 10 fireplaces and became the first home in Arlington County with telephone service, installed in 1894. A stone water tower built in 1896 supplied running water to the gas-lit home, powering a shower in one of the house's four bathrooms. The tower was designed to replicate the walls of the city of Nuremburg, Germany.

The estate was a working farm, with grain crops, livestock, a vineyard, and orchard. A 1900 local map by the Virginia Title Company shows that George N. Saegmuller's property encompassed about 190 acres on contiguous land tracts. An adjacent 50-acre tract to the east was owned by M. Saegmuller by 1900; this may be a brother of George N. who may have been living at the other end of that first telephone line.

Saegmuller's three sons ran a successful dairy farm on the property until 1939, adding new barns and outbuildings in the 1930s. They had one sister who did not live past her teens. Used as the family's summer home until Saegmuller retired in 1926, Saegmuller descendants refer to the manor house as the "Big House." One of Saegmuller's patented inventions is a device for telescope sights for the Navy. His company merged with Bausch and Lomb of Rochester, New York in the early 1900s. Besides his scientific enterprises, Saegmuller served as the Chairman of the Alexandria County Board of Supervisors (Arlington was formed as a separate county in 1920). He donated funds for a new school in 1890 that is no longer standing and helped choose the site for the county's first courthouse in 1898. The county school system still has ties to Bausch and Lomb in the form of an annual scholarship. Check out the linked video for a local history lesson by the school system, visiting the Saegmuller mansion in their series exploring the stories behind Arlington's historical markers.

Saegmuller passed away in the home on his 87th birthday in 1934. The house remained privately-owned until 1951. The mansion was purchased by the Columbus Club of Clarendon. The structure still serves as the headquarters of the Columbus Club of Arlington, the Knights of Columbus, and is not open to the public.