In the early days of Marathon, New York, Abraham Brink ascended up the Tioughnioga River with his wife and family in 1799. The settler home in which Abraham Brink first built on his land title of 109 acres, would become Brink’s Tavern. It was the first and only tavern in the vicinity until 1833. The tavern would later become known as the Three Bear Inn, and is the oldest active business in Cortland Country. The tavern has gone through numerous ownerships over the years, but still serves as an area landmark. To the present day, the Three Bear Inn is still open for business to serve hot food, and offer rooms to the weary traveler. 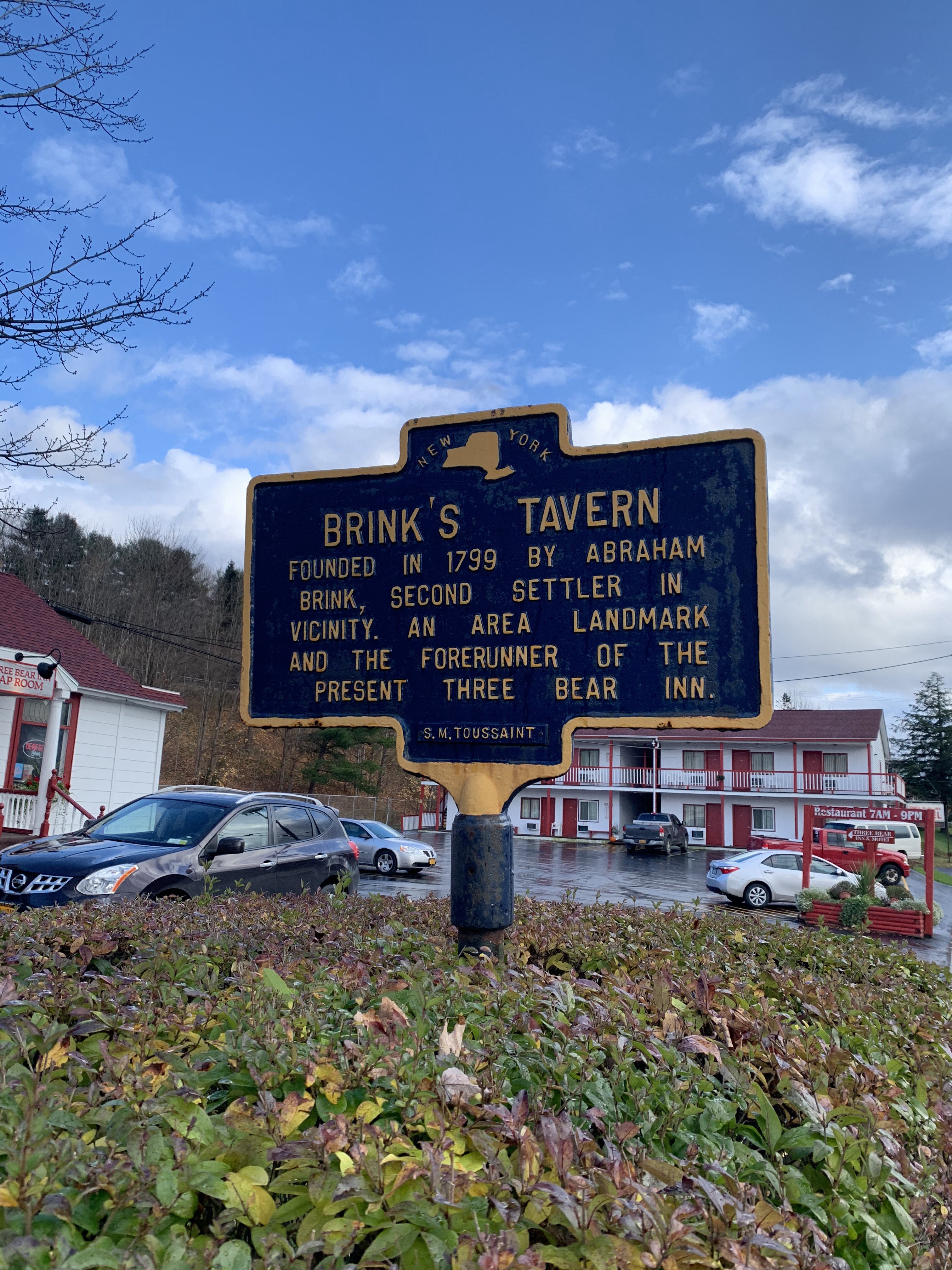 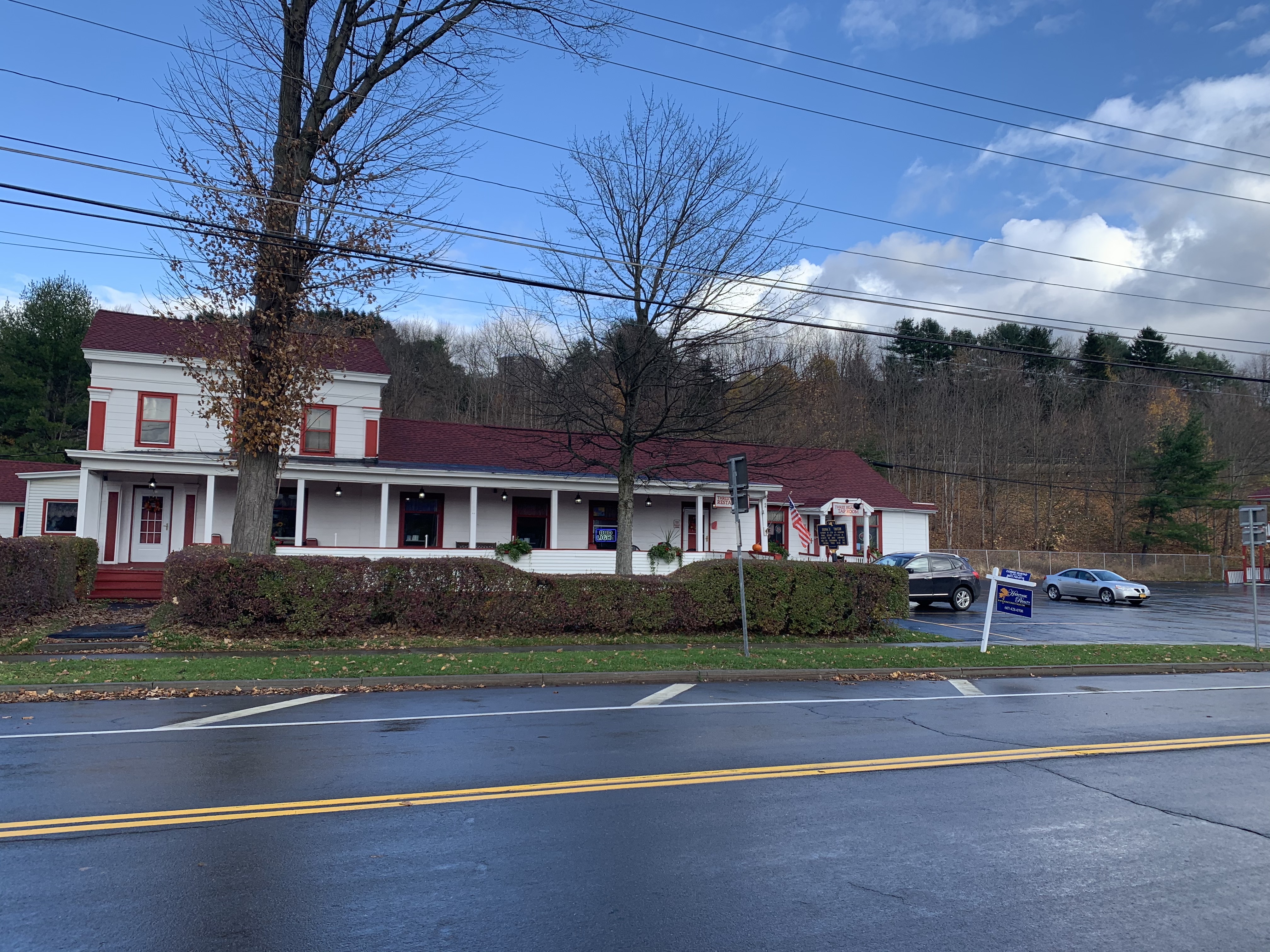 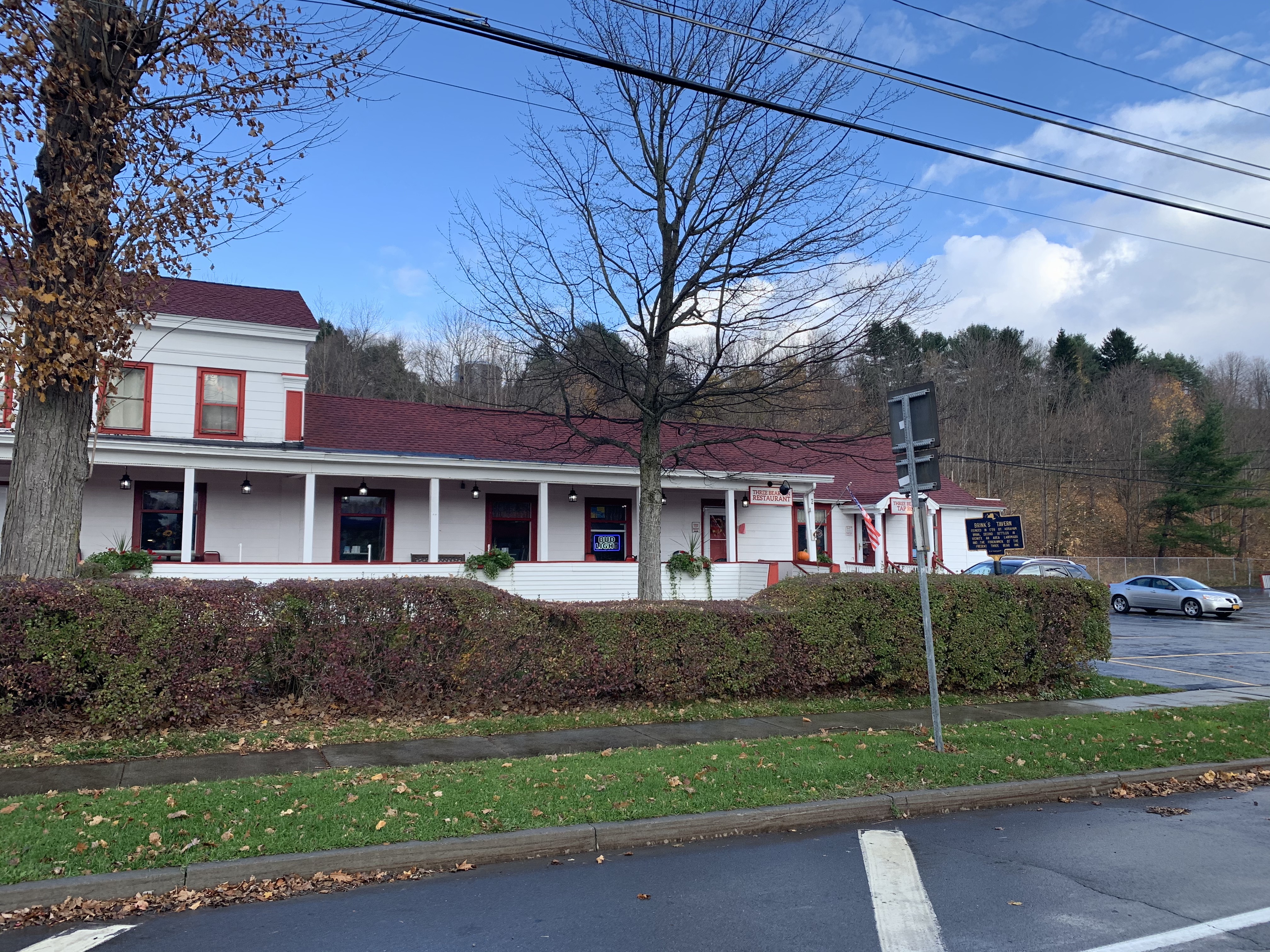 The town of Marathon, New York has a rich past, and it can trace its roots all the way back to 1799. With the arrival of Abraham Brink and his family in 1799 as they ascended up the Tioughnioga, their double log house built in the same year on Broome Street would soon become an area landmark.

Brink and his family would be the second settlers in the area, with John Hunt arriving first in 1794. Brink received the title of 109 acres from his father, William Brink, who was a captain during the Wyoming-Pennsylvania Massacre during the American Revolution. The land was originally owned by the “Marathon Squatter”, known to people as William Squires, who put a “possession fence” around 300 acres of land. William Brink would buy the possession, or squatters rights to the land in 1798 for forty dollars, and would sell of parcels of land to other settlers, including his son Abraham. William Brink would never live on the land, but would visit yearly for the annual sugar harvest. In 1814, Abraham and other settlers in the area would travel to Albany to confirm their rights to the land. Abraham Brink's double log house would also serve as the areas first post office in 1818. After settling in the town in 1799, Abraham saw the opportunity to open his home as a tavern to the weary traveler, and Brink’s Tavern would be the only tavern around until 1833, when his son Chester Brink would close the tavern because of the arrival to other hotels in the area, along with Chester Brinks dislike of selling alcoholic beverages. Chester Brink and his wife Amy would go on to live and die on the Brink homestead, constructing the current structure seen today sometime between 1825-1845 and would be known as the Brink Homestead, where they would grow cabbage and tobacco. Their son Lawrence Brink would inherit and keep up the homestead until his death in 1913. Over the next ten years, the former Inn was run as a tenant house as much of the land had been sold, and the Homestead ceased to be a working farm.

One-hundred twenty-four years of Brink ownership ended when the old Homestead was purchased by Lena and Henry Forshee from McGraw. After some minor renovations, they turned the old building into an eatery and hotel, known as The Hotel Marathon. The inn would be renamed the Three Bear Inn in the 1920s, for the bear skins that hung on the porch. The original structure has gone through some renovations and damages throughout the years, such as a motel being added on in 1977, to a fire in 1992. However, the atmosphere of the tavern has remained a local favorite. Brink’s Tavern and the Three Bear Inn has had multiple owners over the years, starting in 1799 with Abraham Brink, Chester brink taking ownership in 1824, Lawrence Brink in 1874, Chester Brink in 1913, Lens and Harry Forshee in 1923, Helen and Jerry Meade in 1969, Bruce Ashercroft in 1971, Andrew Burns in 1973, and with its present owner being Sharon Touissant, taking ownership in 1987. The present day Three Bear Inn is now an area landmark, and is seen as a "community unifier" to the people of Marathon, who see the inn as part of their heritage within the community, where guests can receive quality dining and spirits, as well as a place to rest.