The Salisbury-Pratt Homestead, located at the intersection of route 281 and Cold Brook Road, was originally settled by Oren Cravath and his wife, Betsey Northway, in 1830. Both Oren and Betsey were very involved with the church and both very much against slavery. While living in Homer, Oren and Betsey would use their home as a station on the Underground Railroad helping many escaped slaves on their travels to freedom. But after becoming frustrated with the people in Homer, Oren and Betsey sold the farm and mill at Little York NY and moved to Oberlin, Ohio and later to Troy Minnesota. 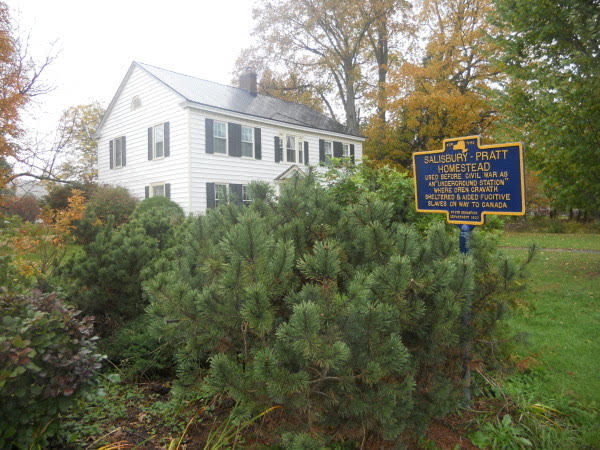 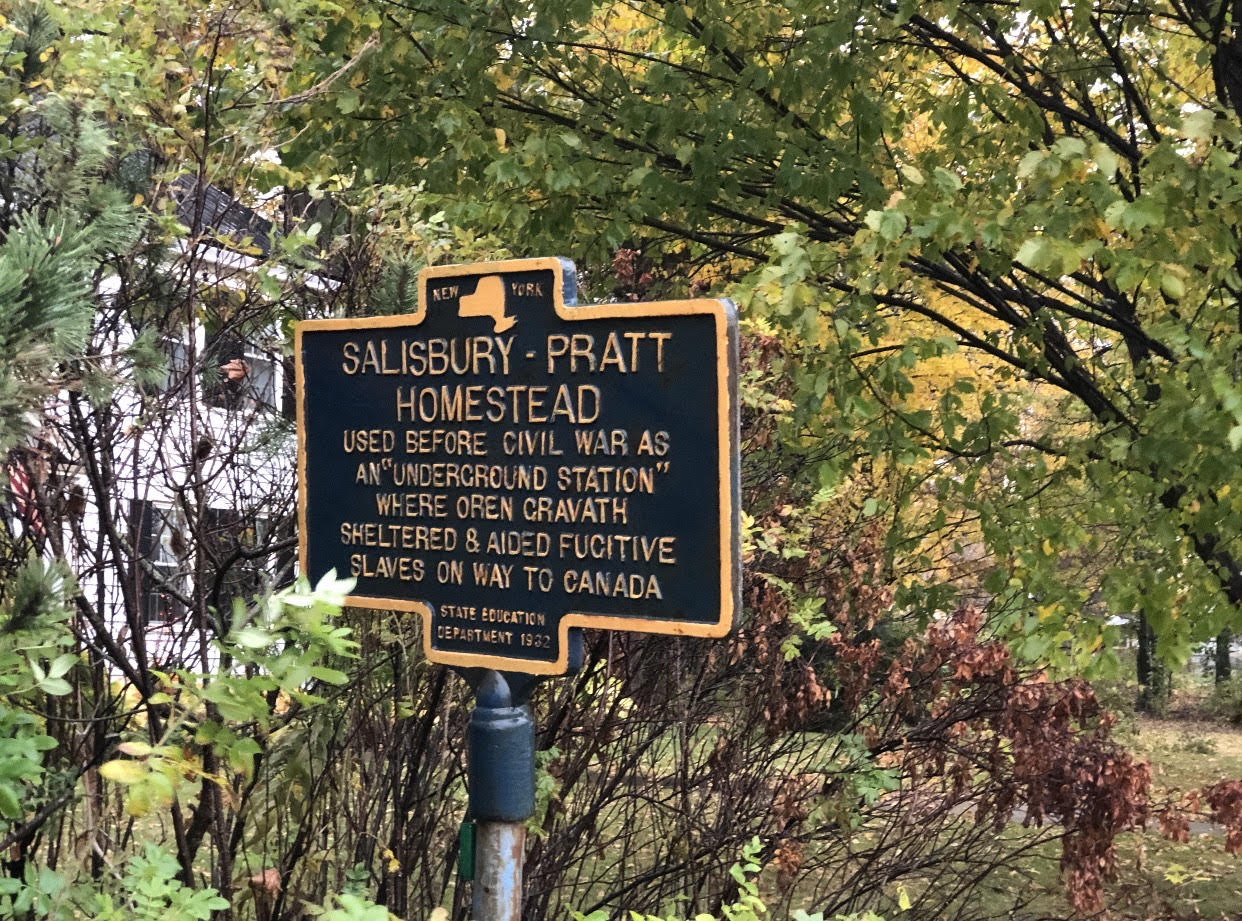 Oren Cravath, one of Homer's first settlers, although regarded by many as an easy going man "kept people in the village of Homer stirred up with his ideas on the question of slavery." (1) Also an advocate against freemasonry and for temperance, Oren not only had strong feelings, he also acted upon those feelings and decided to help in the cause of stopping slavery. His wife Betsey was a member of antislavery and other societies at the time. Their family was very involved with the church and even helped in the formation of the Homer Congregational Church.

Oren was a Presbyterian minister and abolitionist, together he and his wife used their farm house on Cold Brook Road as a station on the Underground Railroad, where he kept runaway slaves hidden and safe until they were ready to move on to their next destination. "Central New York figured prominently in the Underground Railroad because of its proximity to Canada."(2) Also at the time, there were only five railroad lines that ran through New York state from the South, and one of them passed through Cortland County. This made Cortland County and Oren Cravath's farmhouse an ideal area for escaped slaves to pass through. And the Cravath family made it a priority to help these people on their journey to freedom.

After sheltering these African Americans, Mr. Cravath would give them instructions on how to get to their next stop in Syracuse, NY. "Somewhere within the house the slaves would be hidden for over the day and at the coming of night would be sent upon their journey, very likely with instructions to find the home of Horace White, the leading banker of Syracuse."(3) From there they could make their way into Canada and their freedom.

Oren and Betsey sold their home in 1851 after becoming frustrated with the lack of interest in slavery issues from the people of Homer. The people of Homer were generally against slavery but many did not care enough to get involved. "The great orator Fredrick Douglas came to Homer and made a speech, but was showered with rotten eggs. Orrin then resigned from the Congregational Church and moved away."(4)

He would move his wife and children to Oberlin, Ohio in hopes to find a liberal school for his children. But the family would not stay long in Oberlin moving to Troy Minnesota in 1856 after Oren and his sons acquired land. Oren Cravath would finish his life in Troy, Minnesota where he would pass away in 1874.

In 1932 the State Education Department erected the blue marker that is at the location today. This marker is not only important in remembering Oren Cravath and his accomplishments in Cortland County, but it also shows that there were some brave people of Cortland County who risked their own lives to stand up for what they believed was right. Oren was not only a man with strong beliefs, but he was also a man not afraid to put some actions behind his beliefs. His strong values were passed down through his children, and some of his children and grandchildren did great things in helping others. Most well known being his son Erastus who had great sympathy for people of color and devoted his life to the education of the freed man after the Civil War.

4 Palmer, Richard House in Little York was On Underground Railroad