The town of Port Watson was founded around 1800 on the shores of the Tioughnioga River. The story begins before its home county, Cortland, was a county in its own right. At the time, the land that Port Watson sat on was part of Onondaga County. The land was purchased by Elkanah Watson, Thomas Tillotson, and David Dickson. The plan was to develop the town into a center of trade by using the river as a means to transport goods. 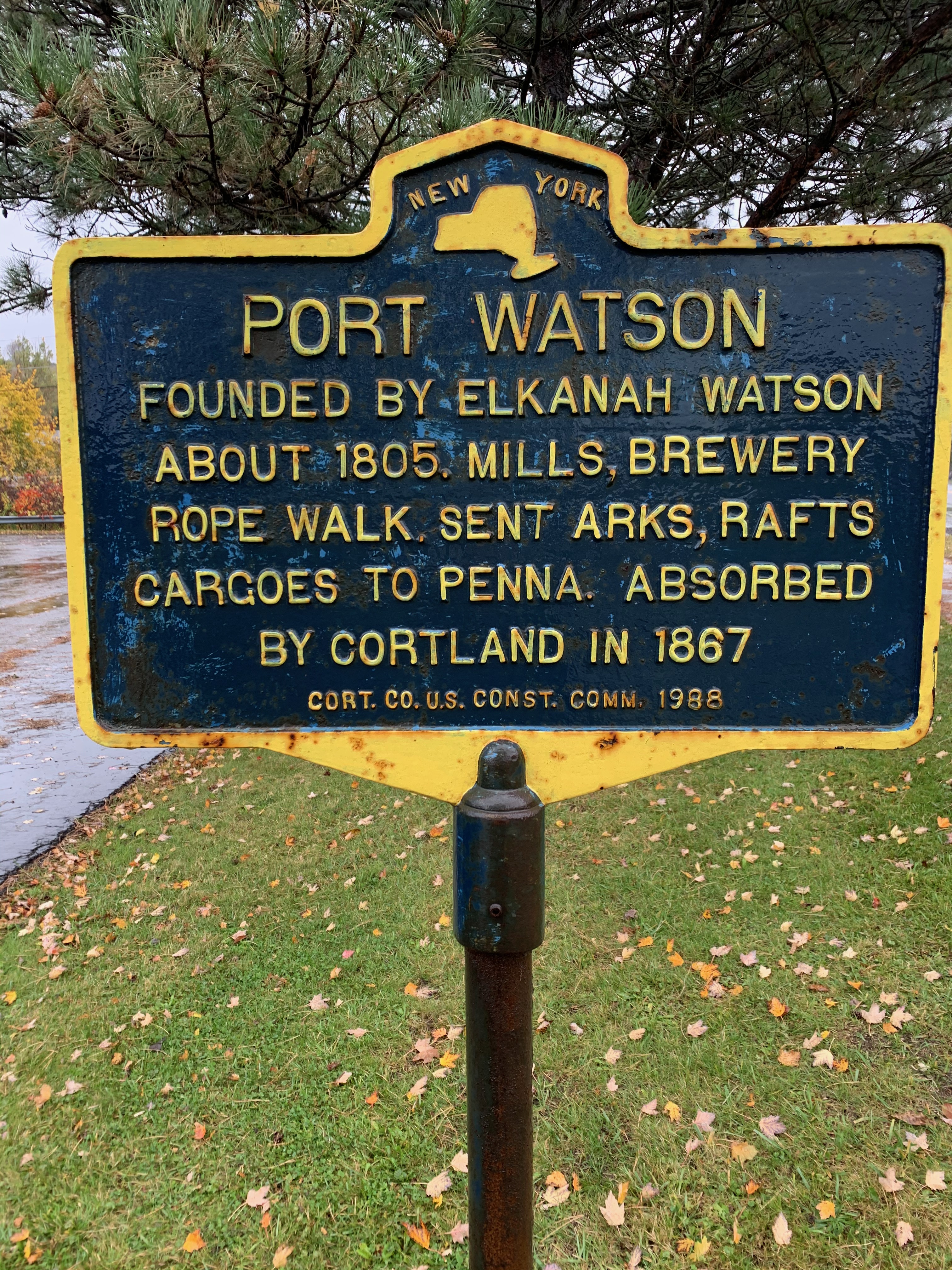 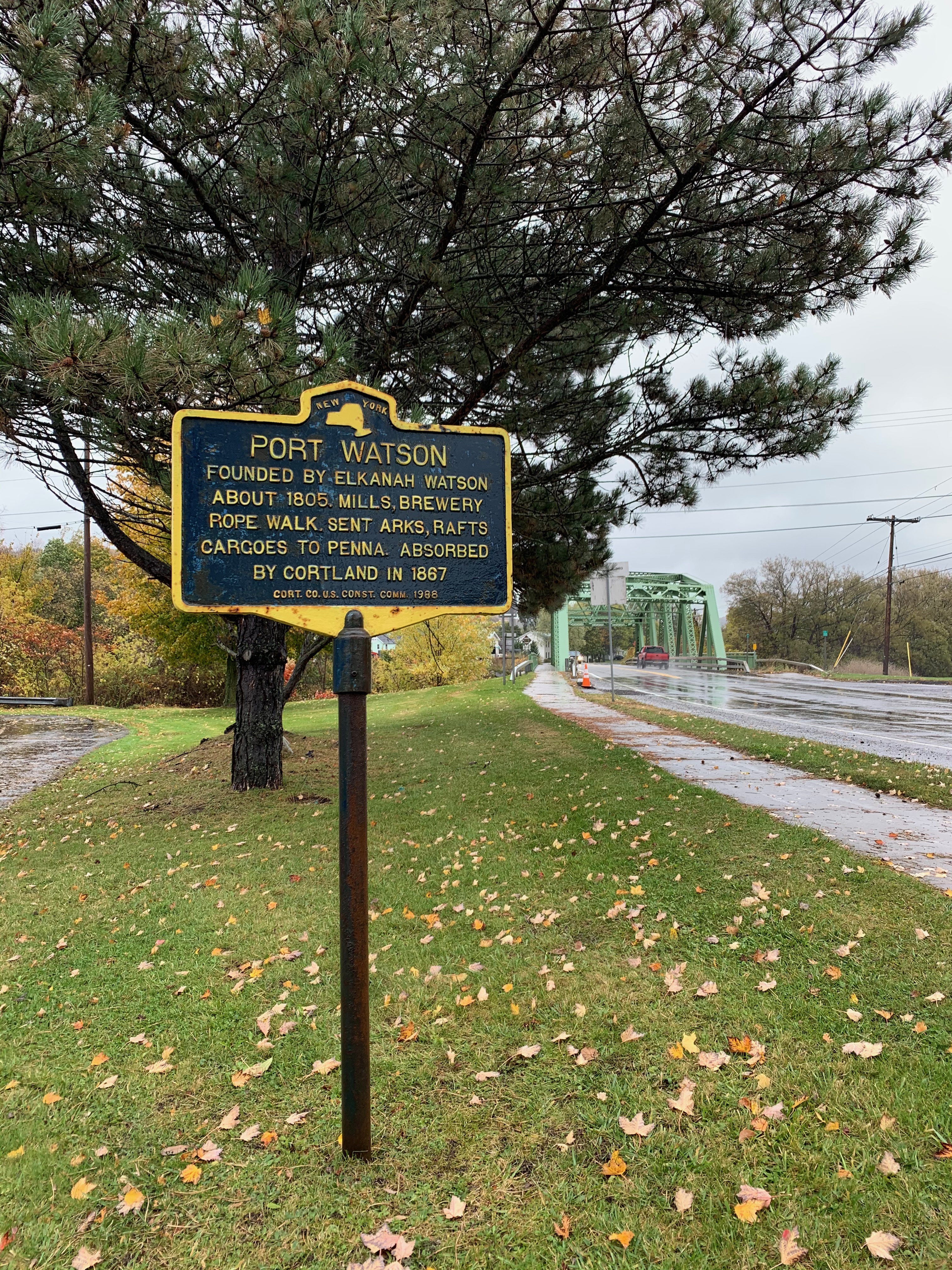 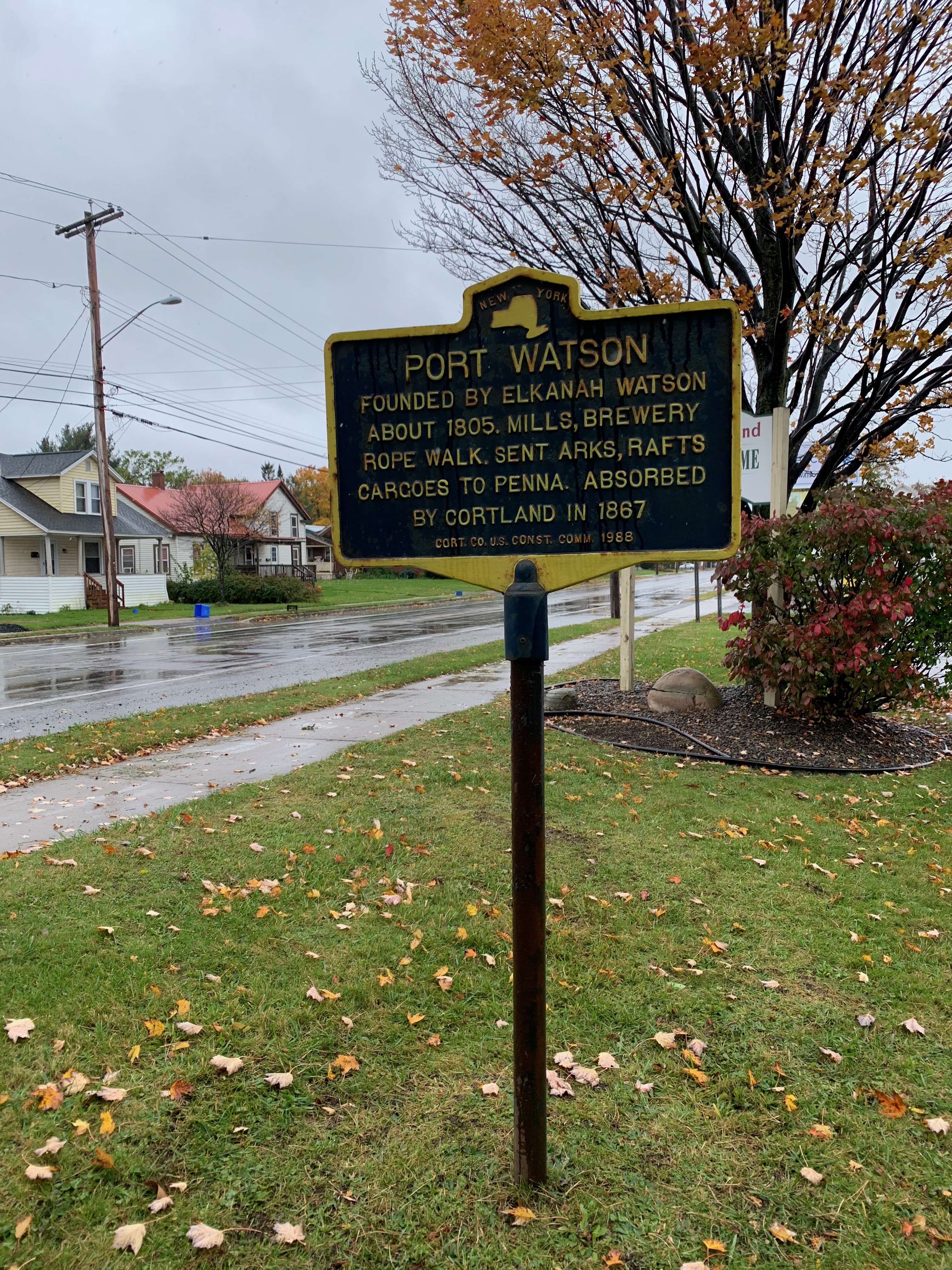 In February 1805, a contract was negotiated that would help develop the area at the headwaters of the Tioughnioga River. Andrew Stockholm, a businessman from New York City, agreed to sell three 600 acre military tracts of land to Elkanah Watson, Thomas Tillotson, and David Dickson. One tract was in Tompkins County, another in Onondaga County, and the final one was located in the Town of Homer. The last would be the plot that ultimately became Port Watson. The land was subdivided into 185 plots to be sold. By 1810, Port Watson was outpacing Cortland and the surrounding towns in terms of population. This was due to the importance of the Tioughnioga River, as it was a major artery to north-south transportation.

Every Spring, lumber from the surrounding area was used to build massive rafts that would carry goods from Central New York to markets in Pennsylvania and even to farther regions, such as the Chesapeake Bay. Docks and warehouses would become an important part of the economy of Port Watson. Goods would be brought in during Autumn and Winter to be stored until better weather arrived in the Spring. The Tioughnioga flows 400 miles south to the mouth of the Chesapeake. It wasn't an uncommon sight in the early 1800s to see massive arks loaded with local goods such as potash, whiskey, gypsum, and grain floating down the river to Harrisburg or Baltimore. The lives of the rafts were short lived; once they reached their destination they were dismantled and sold for lumber.