This historical marker shares the story of an important labor strike that began on April 5, 1916. The strike signaled a response to many months of worker discontent with conditions and wages and the formation of a union whose leaders initiated a historic general strike that included nearly all of the local employees of the Washington & Old Dominion Railway. In response to the strike and the workers' demands, the company fired all union members. Workers responded by derailing some of the cars and preventing the company from replacing them in a strike that lasted for several months. 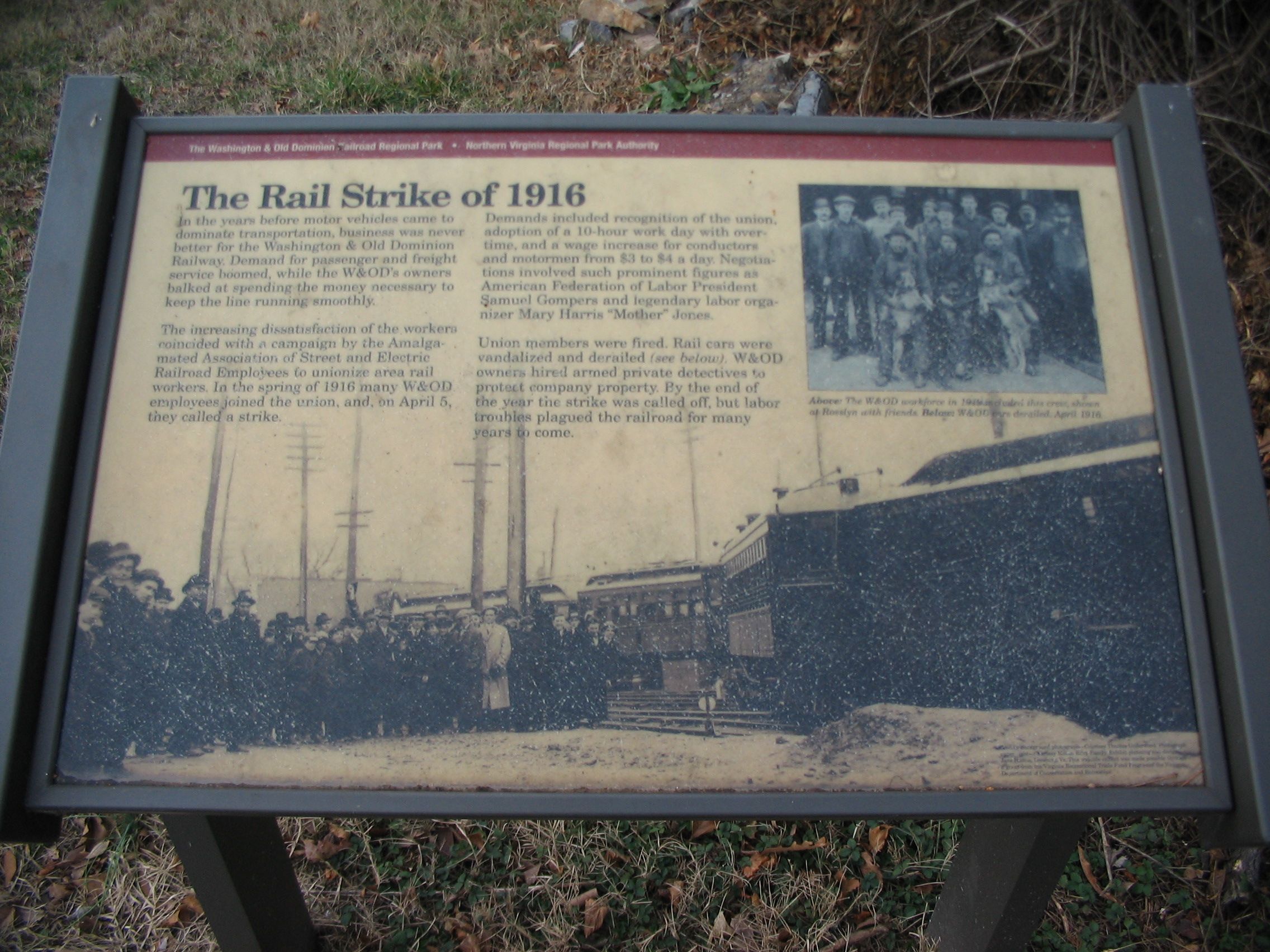 In the years leading up to 1916, the Washington & Old Domonion (W&OD) railroad had insufficiently invested in the maintenance of the workers and the trains, leading to dissatisfaction among its employees. Rail traffic was heavy, and the rail lines needed new cars and signalization.

Simultaneously, the Amalgamated Association of Street and Electric Railroad Employees was trying to unionize the rail workers. On April 5, the workers called a general strike, a many-month affair which initially involved such high-profile labor organizers as Mary Harris "Mother" Jones and Samuel Gompers, president of the American Federation of Labor.

In response to the workers' demands for increased pay for conductors and motormen, a 10-hour workday, overtime pay, and other benefits. The W&OD Railway fired all union members. In the resulting violence, workers derailed and vandalized cars. Derailed cars are pictured on the historical marker. The railroad hired 30 armed private detectives to protect its property. In response to the violence, Gompers and the American Federation of Labor withdrew its involvement and called for an end to the strike, claiming that the workers had violated the compact for arbitration.

The strike lasted for much of the rest of the year, and was not the end of labor struggles for the company.

The Rail Strike of 1916 marker sits on the Washington and Old Dominion trail is part of a series of markers of sites related to the railroad. It is not far from the Herndon Depot Museum, the former train station which is now operated by the Herndon Historical Society.