First Presbyterian Church, also known as Preble Congregational Church, is a historic Presbyterian church located at Preble in Cortland County, New York. It was built in about 1831 as a conventional meetinghouse in the Federal style. It was moved to its present location in 1859, renovated in the Gothic Revival style in 1865, and thoroughly remodeled again in 1923 to the present Colonial Revival style. The two-stage bell tower dates to 1831. The interior features furnishings by Gustav Stickley and stained glass by Henry Keck. It was listed on the National Register of Historic Places in 2002. 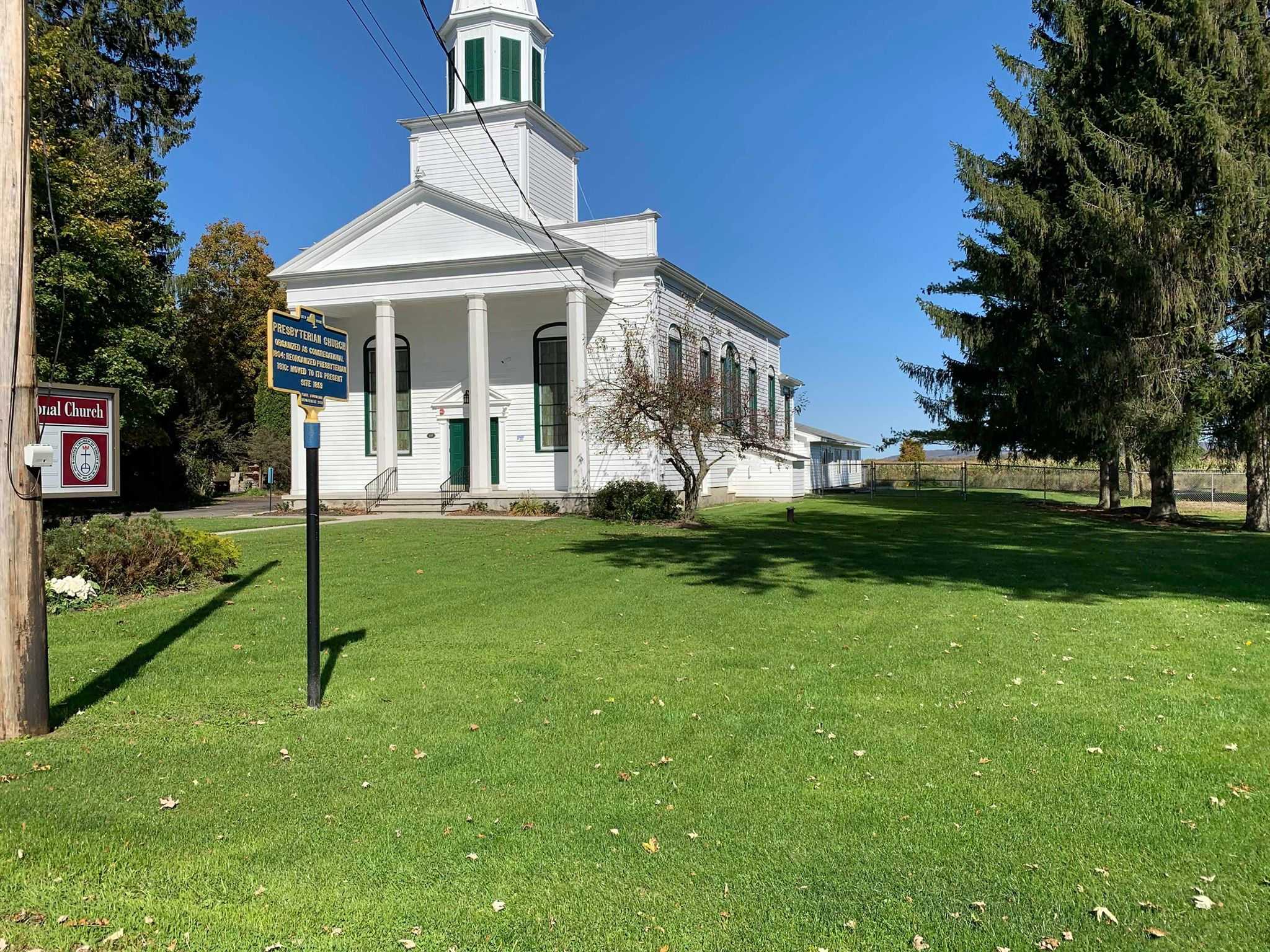 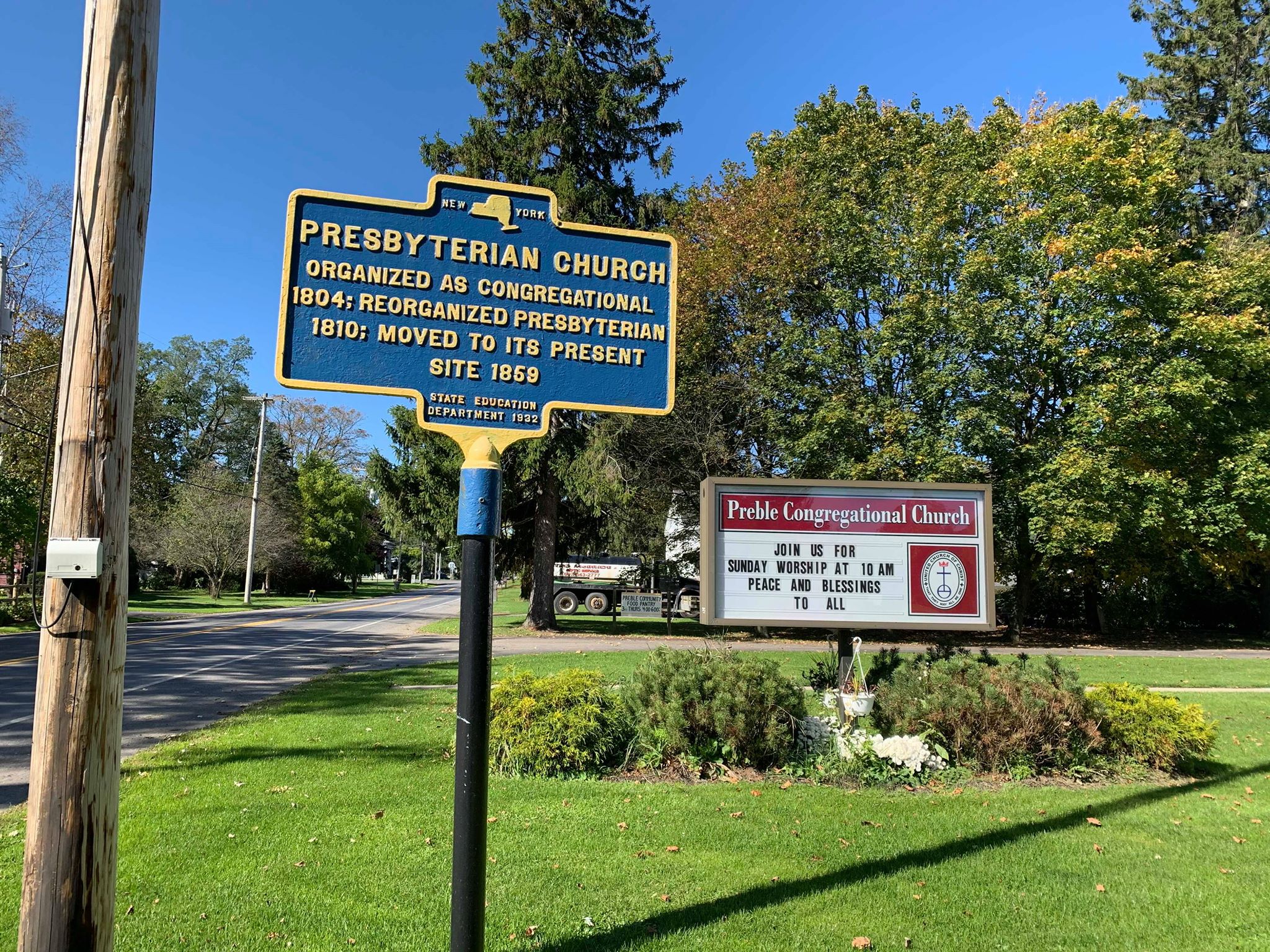 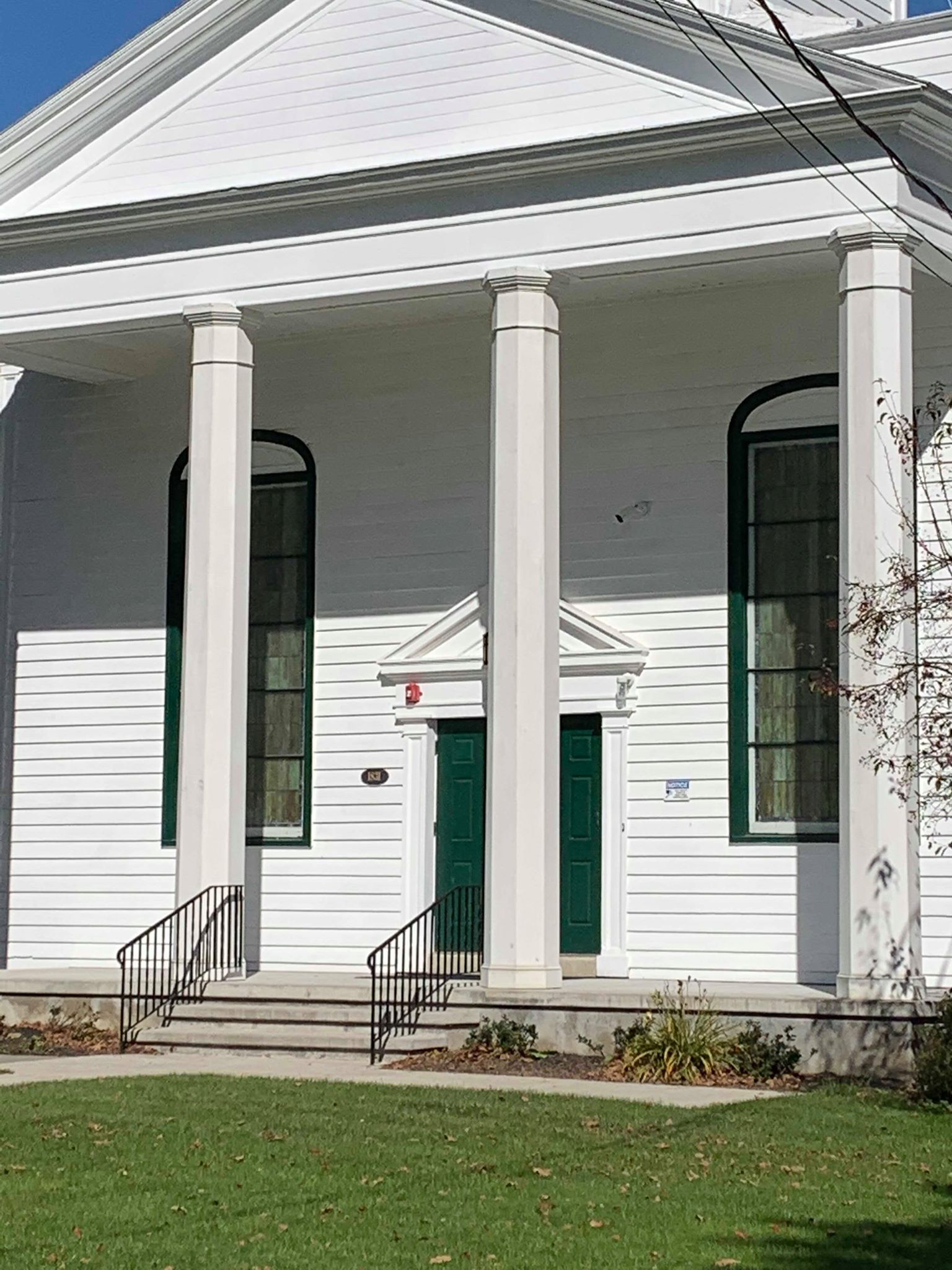 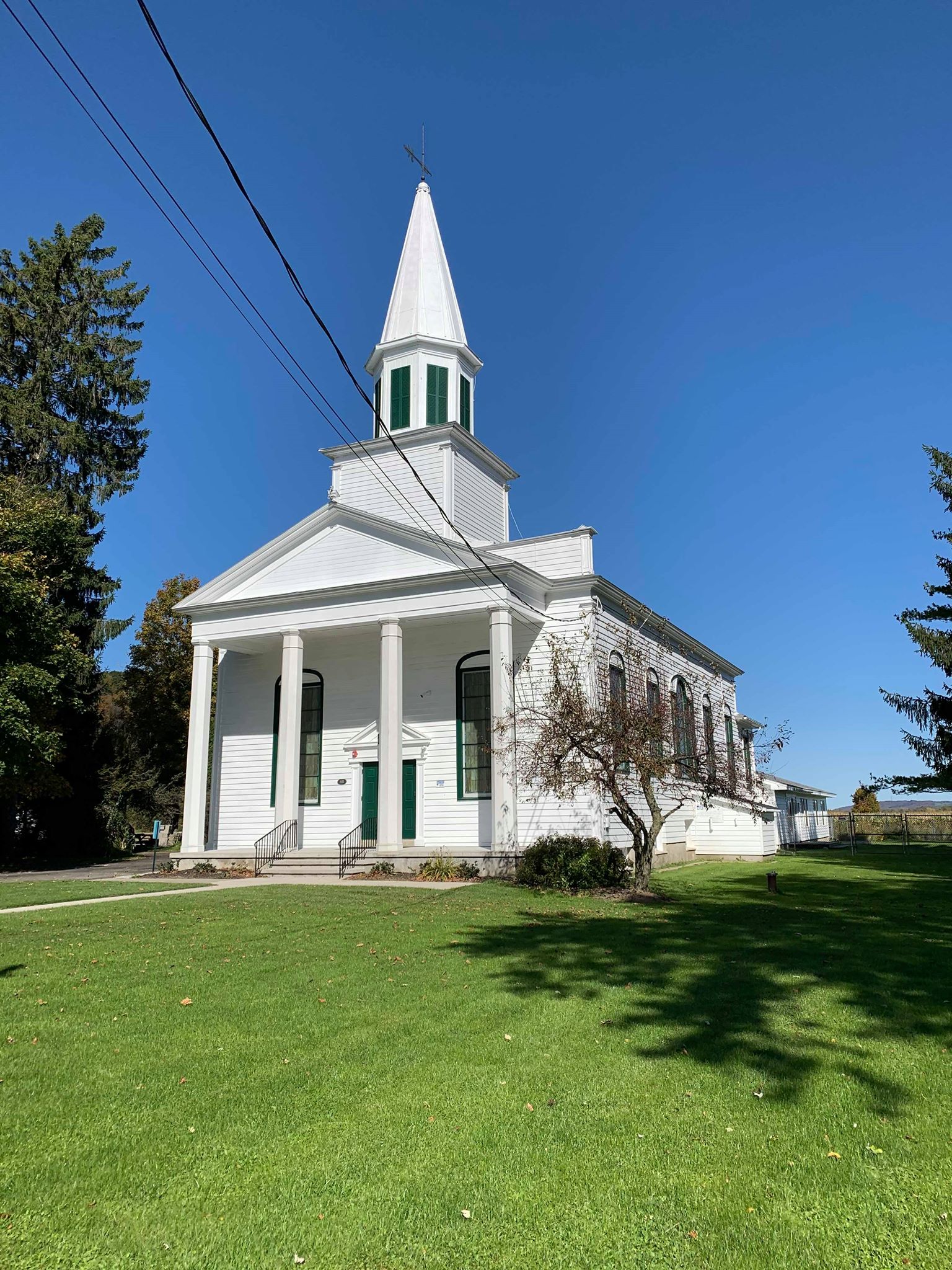 The First Congregational Society of Tully was formed by the missionaries at the Preble Center in 1804. They again met in 1810 and organized the first Presbyterian Church of Preble. Eleven of its charter members settled here before 1804, and they had twenty-two members in 1810. The organization meeting was held in the barn of Elijah Mason, and later, services were held in his home. In 1812, Matthew Harrison was ordained as the first pastor and served until 1822.

The first meeting house was erected in 1815 and the burying ground acquired in 1816. Becoming too small for the congregation in 1830, the church building was moved across the valley and made into a dwelling house at the junction of now Song Lake Road. A larger meeting house (a church style building) was erected on the same site. The church flourished, and by 1840, there were 210 members. By this time, differences of opinion emerged and eighty members withdrew and formed the first Free Church of Preble.

The First Presbyterian parsonage was erected in 1842, the house now owned by John Ray on U.S. Route 11. In 1859, the church building was moved to Preble village and a session room was added. The present manse was built in 1868, and many repairs were made in 1911. In 1915, the 105th-anniversary of the church was celebrated with three days of programs. In 1923, the church was extensively repaired. The Preble Congregational United Church of Christ is very active today. In 2004, a 200th-anniversary celebration was observed, and the Preble Children’s Center uses the church facilities. This church was one of the first churches in Preble, and the way it was organized and how it came to be is truly fascinating.