Nathan Bouton was born on July 27, 1802 in Virgil New York. His family were well respected in the community as they were among some of the first groups of people to settle in Virgil. Bouton went on to have an astounding career as a Historian and one of his most notable works was Festal Gathering of the Early Settlers and Present Inhabitants of the Town of Virgil, Cortland County NY. 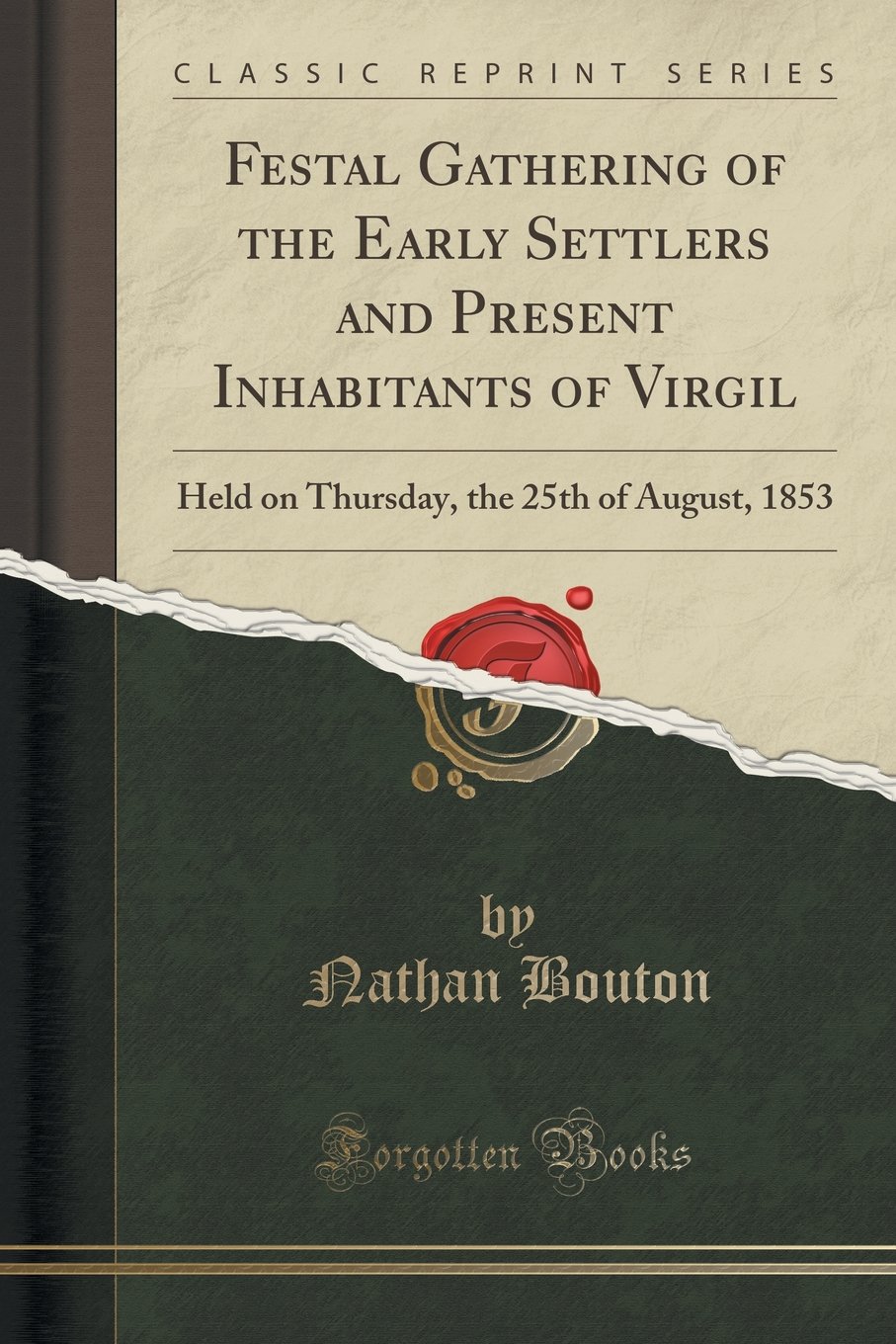 Nathan Bouton was born on July 27, 1802 in Virgil New York to Nathaniel and Rachel Bouton. His parents had a significant presence in Virgil, since they settled there among some of the first to do so. When Bouton was thirteen years old his father sent him to Genoa, New York to take up an apprenticeship as a surveyor. A surveyor is responsible for measuring and updating property boundaries, so that construction, mapmaking, and construction projects can take place. He worked as a surveyor for over four decades in addition to several other occupations, and responsibilities in his community.

Bouton continued his family business and ran the farm on his land, he would go on to serve as President of the Virgil Agricultural Society. Bouton also worked in education in an array of different positions. He first taught at the Virgil Literary Institute before also serving as a principal, inspector and commissioner. Bouton also served the community in a variety of different positions outside of education. He was the towns' superintendent, and active member of the board of supervisors, he also went on to join the state legislature in 1857.

Bouton was also a very religious man. He was a deacon at his local Presbyterian ministry and also served as the Church clerk for over 50 years. His faith also inspired him to be a social advocate for his community. He was a member of a larger abolitionist community in Virgil and his home was a stop on the underground railroad. Bouton even had a series of tunnels implemented underneath the family farm to assist runaway slaves in going North to Canada. Nathan Bouton also produced historical work and completed a history of the town of Virgil in 1878, titled Festal Gathering of the Early Settlers and Present Inhabitants of the Town of Virgil, Cortland County NY. He sadly died a week after the completion of this work. Bouton was the embodiment of being jack-of-all-trades, he served his community of Virgil in a vast amount of different ways, and as a result his legacy will live on in the community forever.