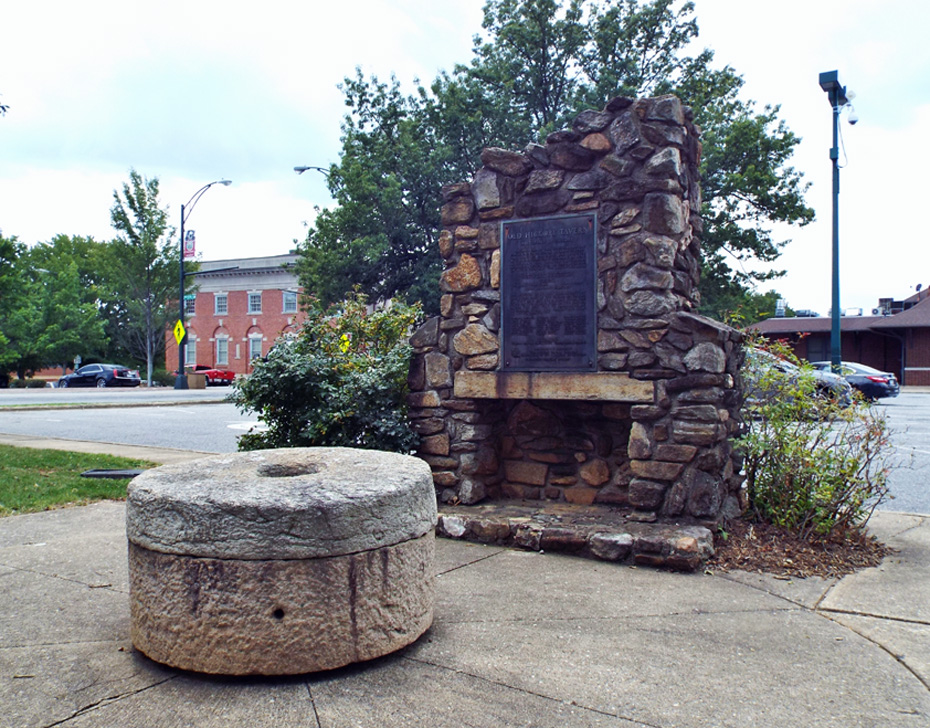 The plaque on the monument 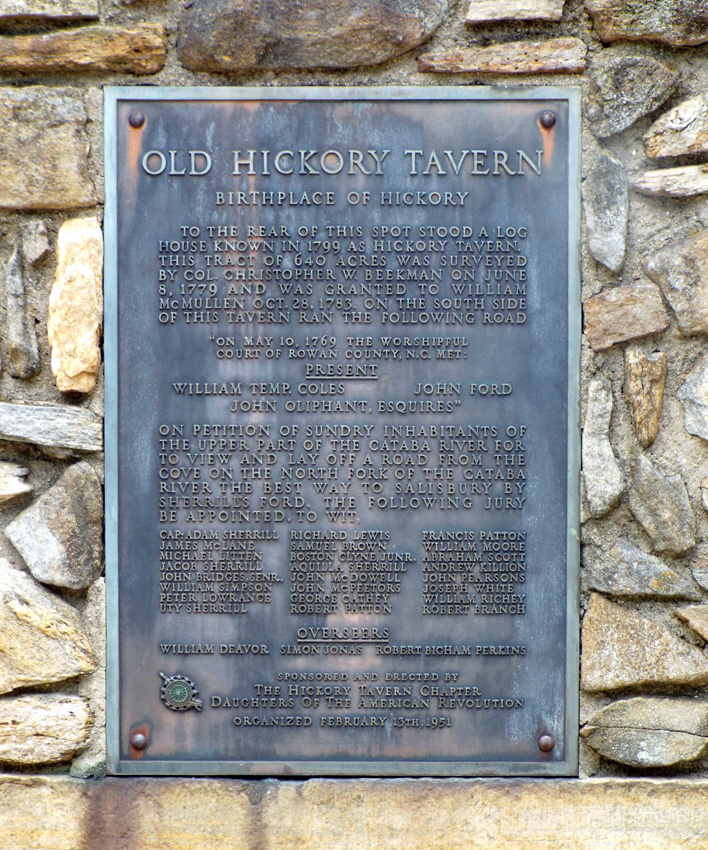 The small tavern that would later be known as the Hickory Tavern was first constructed in the late-eighteenth century and operated by John Bradburn. The tavern served guests who were travelling on the major east-west road that led through Catawba and was reportedly renamed the "Hickory Tavern" in the eighteenth century for its proximity to large hickory trees. Though the tavern was the first building constructed in what is now known as Hickory, the town would not be incorporated as a city until 1889. Previously, a charter designated the corporate limits of of one square mile centered around the railroad depot in 1863, and the town was named after the popular tavern at this time. The town would retain this name until 1873, when a second charter was ratified and the town's name was changed to Hickory. The tavern was surrounded by small family farms with the oldest known surviving farm being that of the Hawn Family.

The catalyst for the growth of Hickory in the mid-nineteenth century was the completion of the Western North Carolina Railroad in 1860 (renamed the Southern Railway in 1894), which sparked the development of a trading center in downtown Hickory. The train reached the tavern site, but the tavern was destroyed in the 1870s to allow for new brick stores to be constructed by the railroad.

Though the original tavern no longer stands, the Tavern Chapter of the Daughters of the American Revolution sponsored and erected the Old Hickory Tavern Monument in 1960. The monument faces the original location of the tavern. The large stone and masonry chimney with a massive lentil and large open hearth was designed to feature a crumbling appearance that looks as if it was taken from the old tavern. Additionally, the monument replicates the design of the old tavern's chimney. In front of the chimney is a grinding stone from an old mill. Today, the monument pays tribute to Hickory's humble beginnings from a small tavern town in the late-eighteenth century to a booming trading center from the late-nineteenth to mid-twentieth centuries.