From 1942 to 1955, pediatric neuropsychiatrist Dr. Lauretta Bender conducted electroshock therapy treatment experiments on hundreds of children ranging from three to twelve years old. These infamous experiments transpired within the walls of Bellevue Psychiatric Hospital in New York City, New York, the oldest public hospital in the United States. It was these experiments that would assist in solidifying her prominence in the medical community, despite the fact that they would be considered entirely unethical today. While her experiments may have produced a deeper understanding of childhood mental disorders like Schizophrenia and Autism, these findings did not come without a tremendous cost: lifelong physical and emotional consequences her test subjects now had to face.

Through the Front Gates of Bellevue now lies a Homeless Shelter 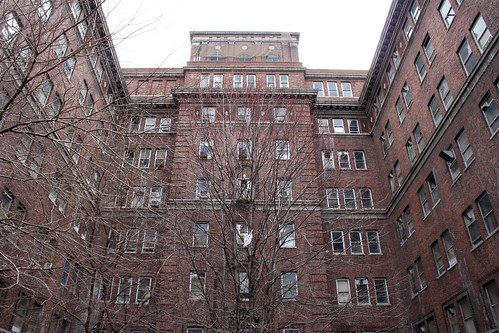 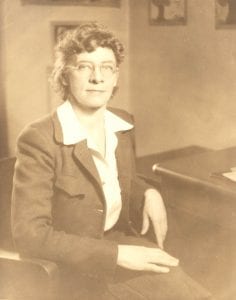 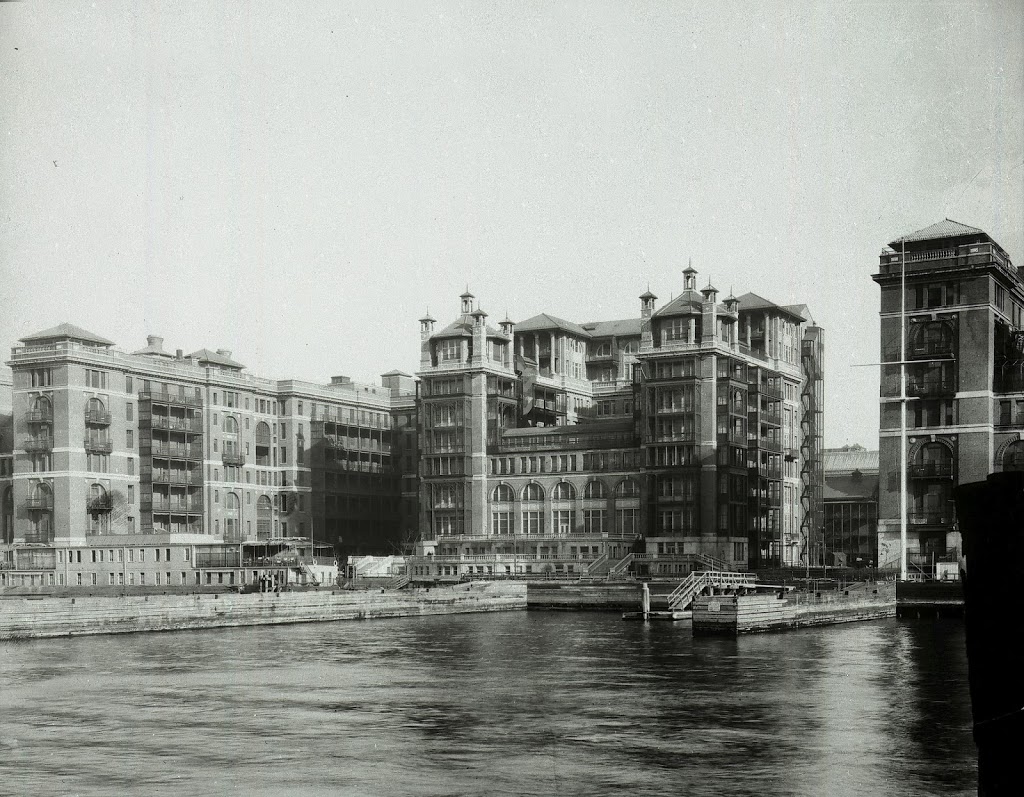 Nurses give Electroshock therapy Treatment on a child at Bellevue 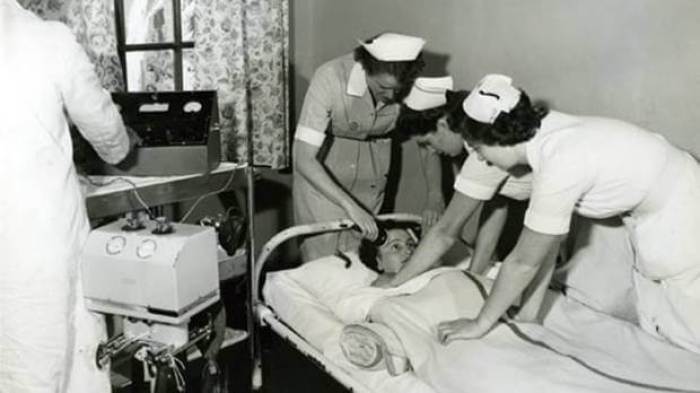 Lauretta Bender had an unusual upbringing. As a young child, she repeated first grade three times and was viewed as “retarded” due to mental disabilities similar to what we now consider as dyslexia. This frustration may have fueled her decision to become a child psychiatrist. As a young adult, Lauretta Bender completed her undergraduate degree at The University of Chicago, and received her medical degree at the University of Iowa. However, it should be noted that no real training in psychiatry existed at the time of her schooling. In 1938 she created the Bender-Gestalt Test, a neuropsychiatric exam that has become one of the most frequently used tests for assessing brain damage and developmental disorder. In 1955, Dr. Bender was appointed principal research scientist in child psychiatry, a new post in the State Mental Hygiene Department. In this same year, she received the Adolf Meyer Memorial Award for her contributions in the understanding of schizophrenic children. A then-considered “expert,” by many, Dr. Bender was unknowingly pioneering the field for adolescent psychology.

The goals of Dr. Bender’s experiments at the infamous Bellevue Psychiatric Hospital were ultimately to evaluate the effect of electric shock on schizophrenic children. She wanted to show that bad or undesirable behavior did not always come from a bad upbringing, race, or gender, but that some were neurological in composition. Her test subjects were children ages ranging from three to twelve years old. Throughout the years, anywhere from 100 to 500 children received this treatment at Bellevue Hospital. The methods of the experiment proceeded as such: Dr. Bender would administer a patient electroshock convulses daily for about twenty days straight; she would record their behavior before and after these shocks were administered and adjust the voltage accordingly. The use of art and drawing was one of Dr. Bender’s preferred ways of determining the effects of ECT. She would ask children to draw a picture of themselves, a person, or an object and compare the two before and after treatment. Often, Dr. Bender would follow up with patients’ families, teachers, and friends to determine the effect of her treatments longer-term. These “glowing” results were published by Dr. Bender directly following the conclusion of her experiments.

“In all but 2 or 3 of the children a positive change in behavior following treatment had been observed. Nevertheless it is the opinion of all observers in the hospital, in the school rooms, of the parents and other guardians that the children were always somewhat improved by the treatment inasmuch as they were less disturbed, less exciteable, less withdrawn, and less anxious. They were better controlled, seemed better integrated and more mature and were better able to meet social situations in a realistic fashion. They were more composed, happier, and were better able to accept teaching or psychotherapy in groups or individually.”2

In reality, the only feasible results were the abundance of side effects left on the majority of patients, and perhaps, a small, expanded understanding of neurological disorders. Years after, Dr. Peter R. Breggin analyzed Dr. Benders results following the experiments.

“I have personally evaluated two of Bender’s cases, adults who were given electroshock by her as children in the 1940s. One boy, G.R., came from a very chaotic, disturbed family. He was terrified by his father’s violence when intoxicated and had been truant at school. There is no indication of any severe psychiatric disorder and he was diagnosed “Primary Behavior Disorder – Conduct Disturbance”. At Bellevue, beginning November 3, 1949, he was subjected to a series of 20 ECTs. As far as I could ascertain from the records, he became aggressive for the first time after ECT treatment. G.R. was soon sent to Rockland State Hospital. In adulthood, he became a convicted multiple murderer.”3

Medicine in the mid 20th century was drastically different than what we are accustomed to today. Back then, not a lot was known about psychiatry and behavioral issues were often attributed to a poor upbringing, race, and gender. Bellevue Psychiatric Hospital was just one of many insinuations on 1st street, or “hospital row,” that was contributing to the field of science through dangerous experimentation on humans. Around the same time Dr. Bender’s ECT treatments on children were being conducted, experiments similar in nature were going on. Shocking as it may seem, medicine at this time was advancing in the form of lobotomies, involuntary viral injections, mental manipulation, and forced drug use. Thankfully, presently licensed doctors have a much greater understanding of psychology and psychiatry and experiments like these would never see the light of day. Several of the children studied by Dr. Bender, deemed to have “autistic Schizophrenia,” would now most likely be diagnosed with well-known, varying developmental and behavioral disorders like that of ADHD, Autism Spectrum Disorder, and Bipolar Disorder.

Despite the controversy surrounding her experiments, Dr. Bender would continue to be revered as one of the greatest in the field of adolescent psychiatry. Following her position at Bellevue, she would continue her experimental legacy by testing the effects of LSD on mentally ill children at Creedmoor Hospital in Queens, New York. The experiments done on children at Bellevue Hospital produced results of which whose memory varies depending on the person asked. There is no doubt however, that Dr. Lauretta Bender subjected hundreds of then-deemed schizophrenic children to countless sessions of painful electric shock therapy. It was these experiments, as well as several other invasive procedures done at Bellevue, that caused the psychiatric building to close down in 1984. It would later be repurposed as a men’s homeless shelter in 1998. As for electroconvulsive therapy, it is rarely used today due to its known side effects but has on occasion produced successful results in people with bipolar disorder and extreme depression. In conclusion, what went on inside the walls of Bellevue Psychiatric Hospital is truly only known to the patients and doctors who experienced it. Dr. Lauretta Bender, along with the rest of the “pioneering figures” in medicine in the mid-twentieth century, would facilitate experiments with likeness to events that one would experience in hell.